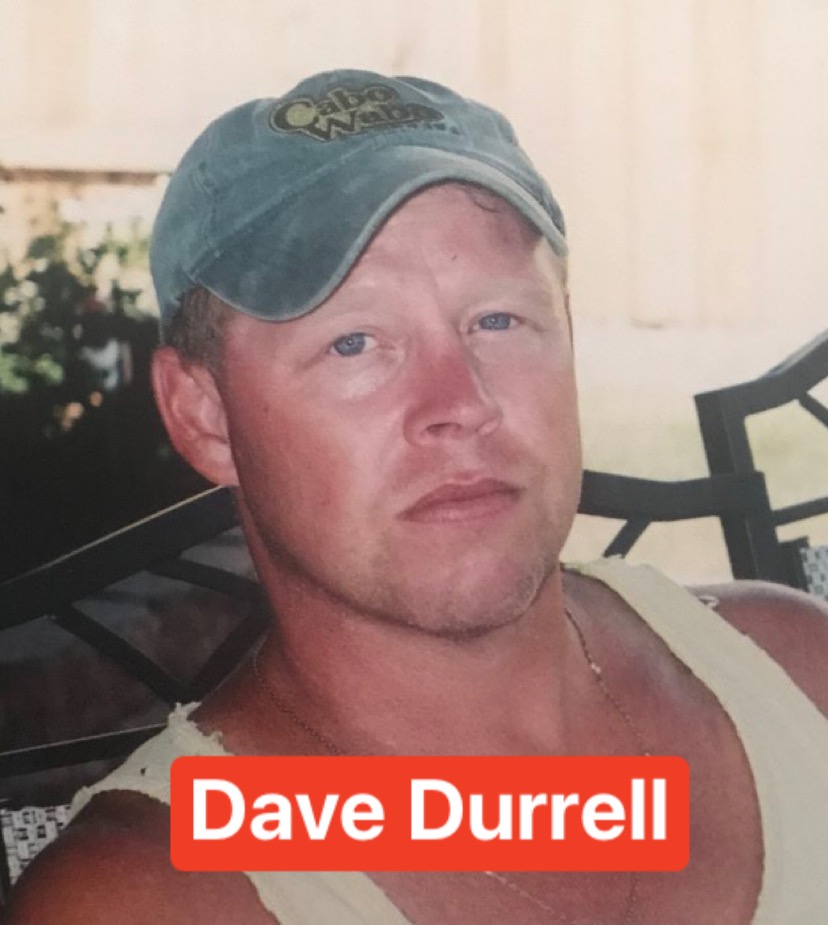 In 1978, a Freshman named Dave Durrell from North Polk, Alleman came into the Iowa HS State Wrestling Tournament at 1A 126 sporting a 24-3 record. He was defeated by a Senior named Luther Beenken from Reinbeck first round and Beenken went on to place 3rd. I do not believe Durrell had a wrestle back after being beaten, but nevertheless, he did not place that year. However, the experience was unquestionably valuable, for that was the only year of HS where Durrell did not make the podium. In fact, he spent the next 3 years occupying one of the top 2 spots on that podium. 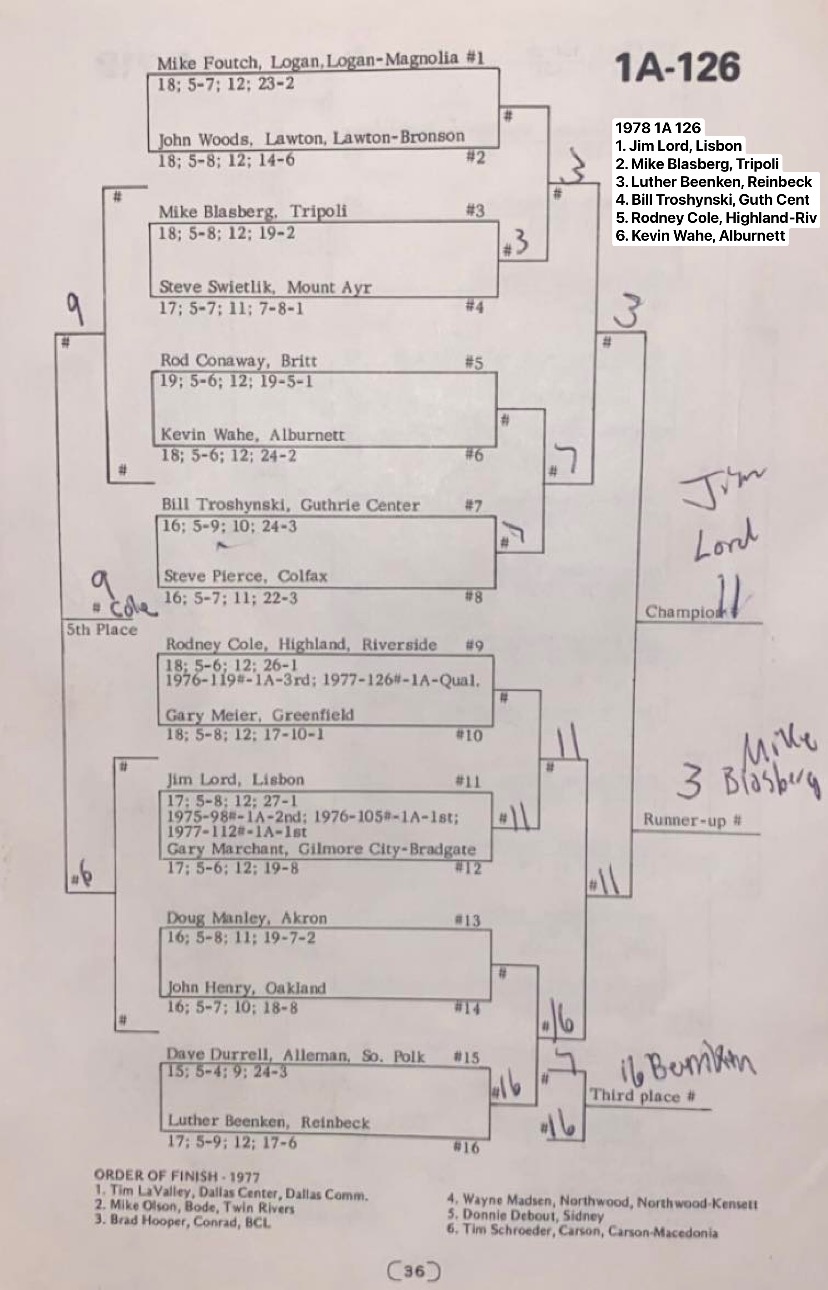 The next year as a Sophomore, Durrell broke out in a big way at the state tournament. He came in with a 22-5 record and drew future state champion, Mike Johnson of Terril first round and won the match. This was his first of 3 consecutive wins at the tournament, for he made the finals where he fell to returning state champion, Mark Stevens if Northwood-Kensett. 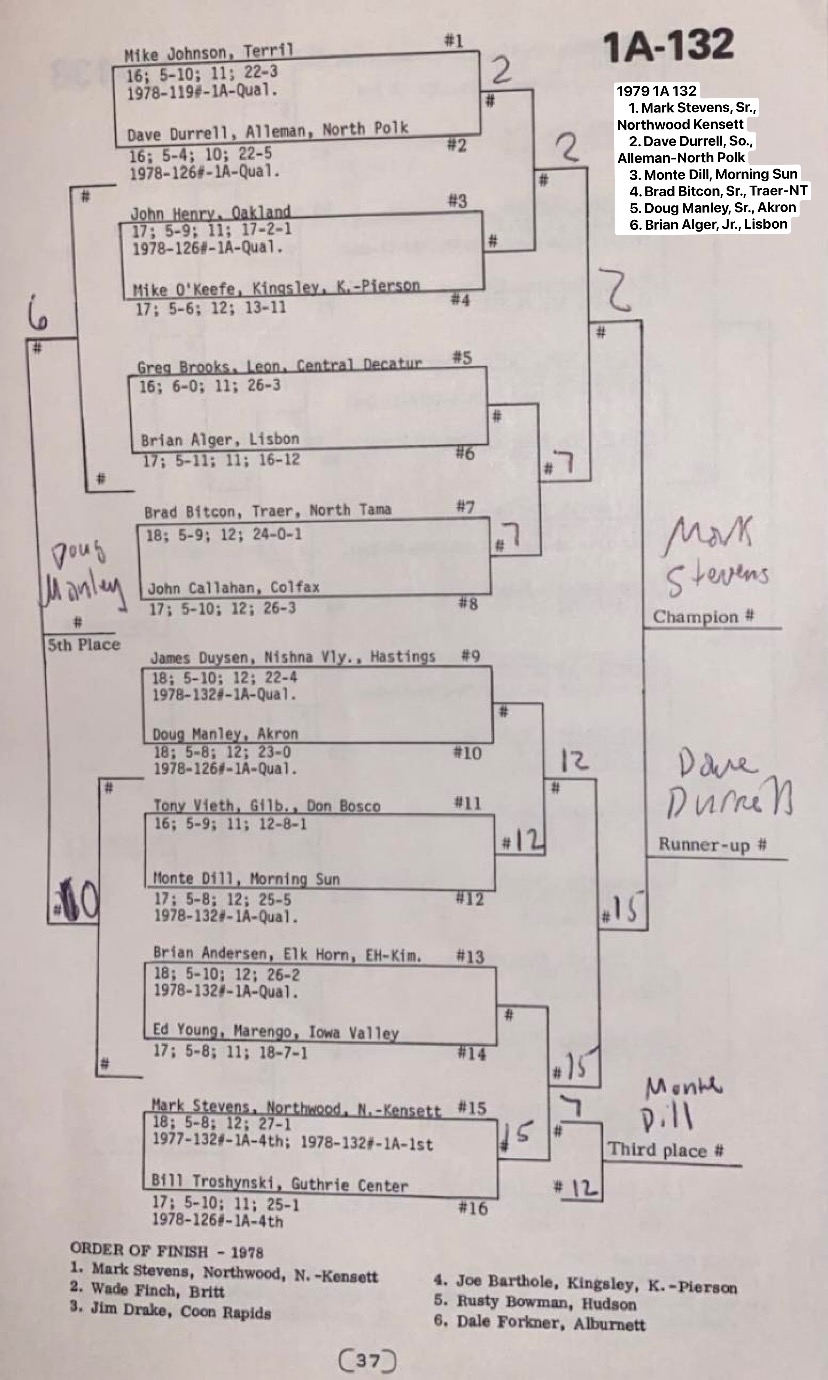 As a Junior at 1A 132 in 1980, Durrell came into state wrestling with an undefeated record of 29-0 and started out by defeating Leroy Green of Iowa School For The Deaf in Council Bluffs by the score of 11-9. He then dominated his next two matches to advance to the state finals. He defeated Duane Grave of George in the quarterfinals by the score of 13-0 and followed this up with a fall over Mitch Moyer of Janesville in the semifinals. He was stopped in the finals by Mike Johnson of Terril. This was the same wrestler who Durrell defeated in the first round the previous season. Johnson was on a roll that year. 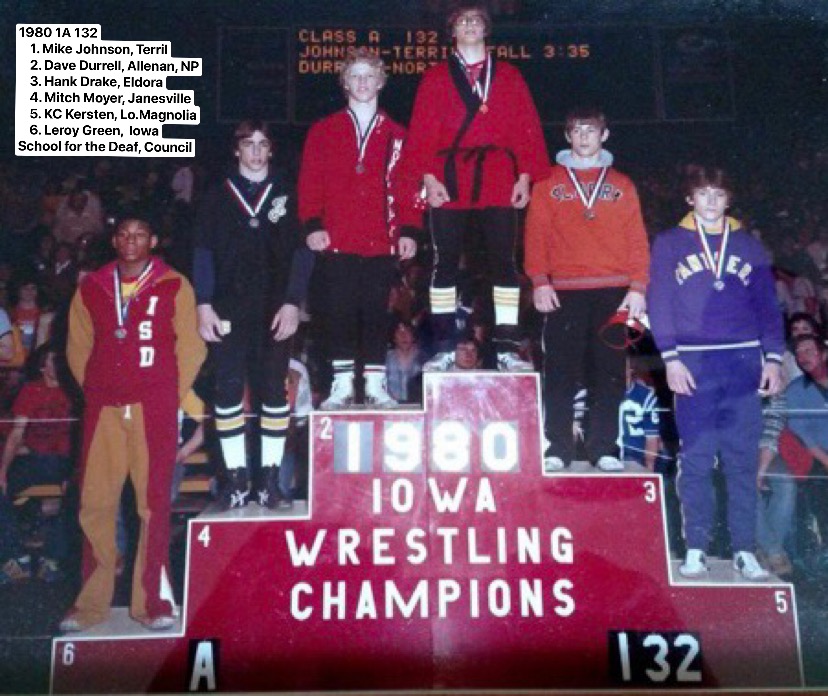 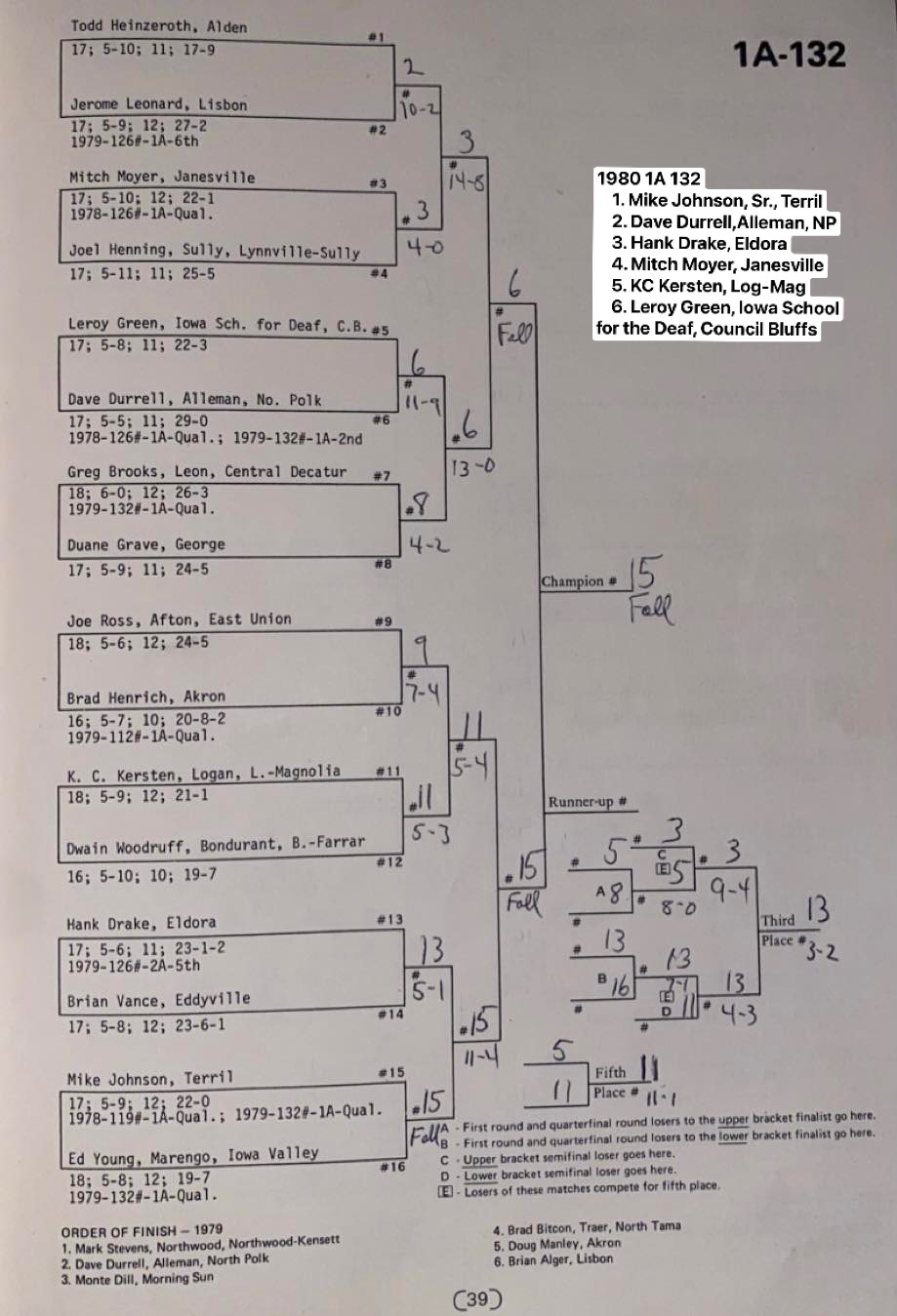 As a Senior in 1981, Durrell won some huge matches before reaching the finals for the 3rd consecutive year. He beat Keevin Shaffer of Lisbon in the quarterfinals. Shaffer would win state the following year and 5th in 1981. Durrell defeated Al Weber of Woodward-Granger in the semifinals. Weber placed 3rd the year before and would go on to place 3rd in this tournament as well. This set up a finals match with Leroy Green of The Iowa School For The Deaf in Council Bluffs. This was a rematch of the first round from the previous season in which Durrell won 11-9. That’s two seasons in a row where Durrell met a guy in the finals who he had battled first round the previous season. Kind of crazy. Durrell would be victorious in this one as well, securing his permanent status as a 3X state finalist and 1X state champion. He is one of two state champions to come out of North Polk HS to this day. 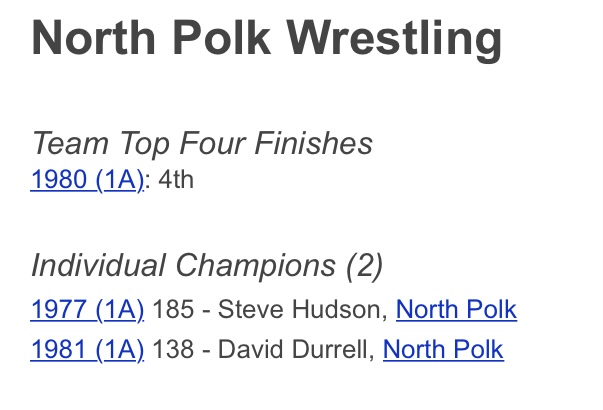 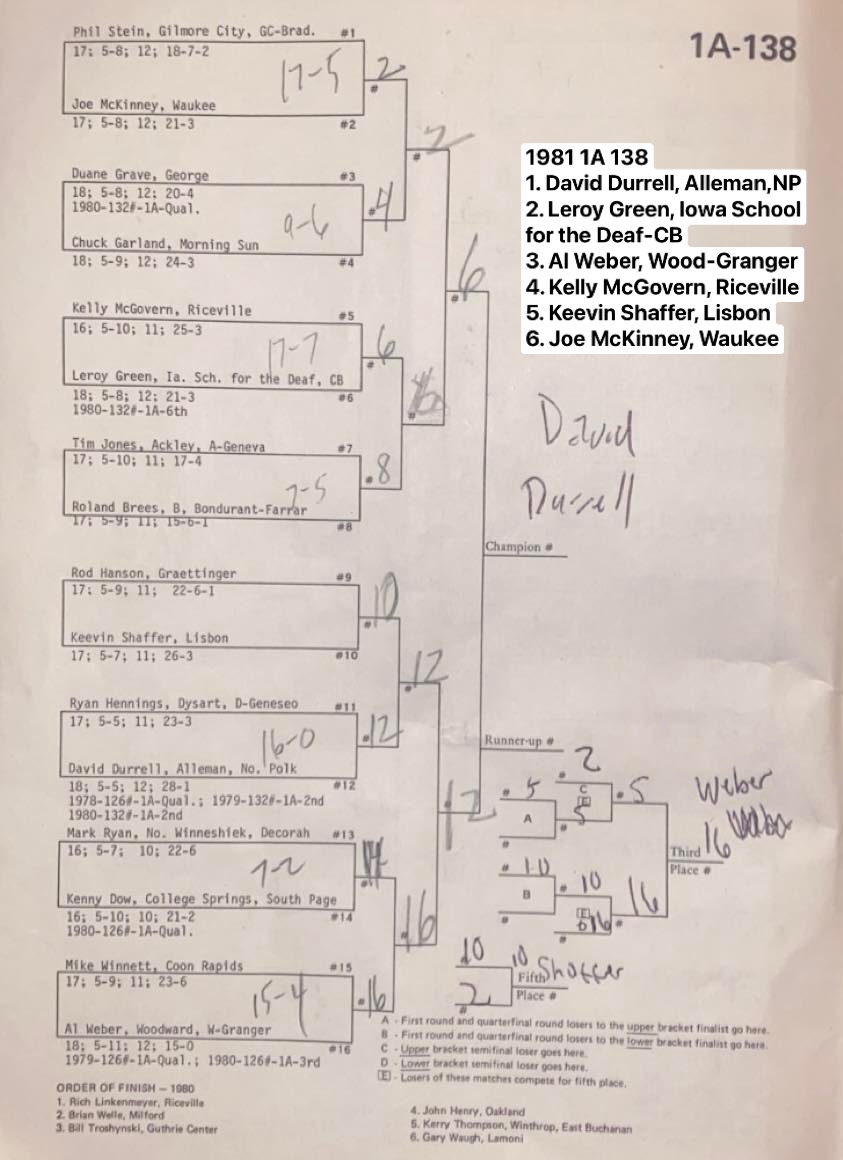 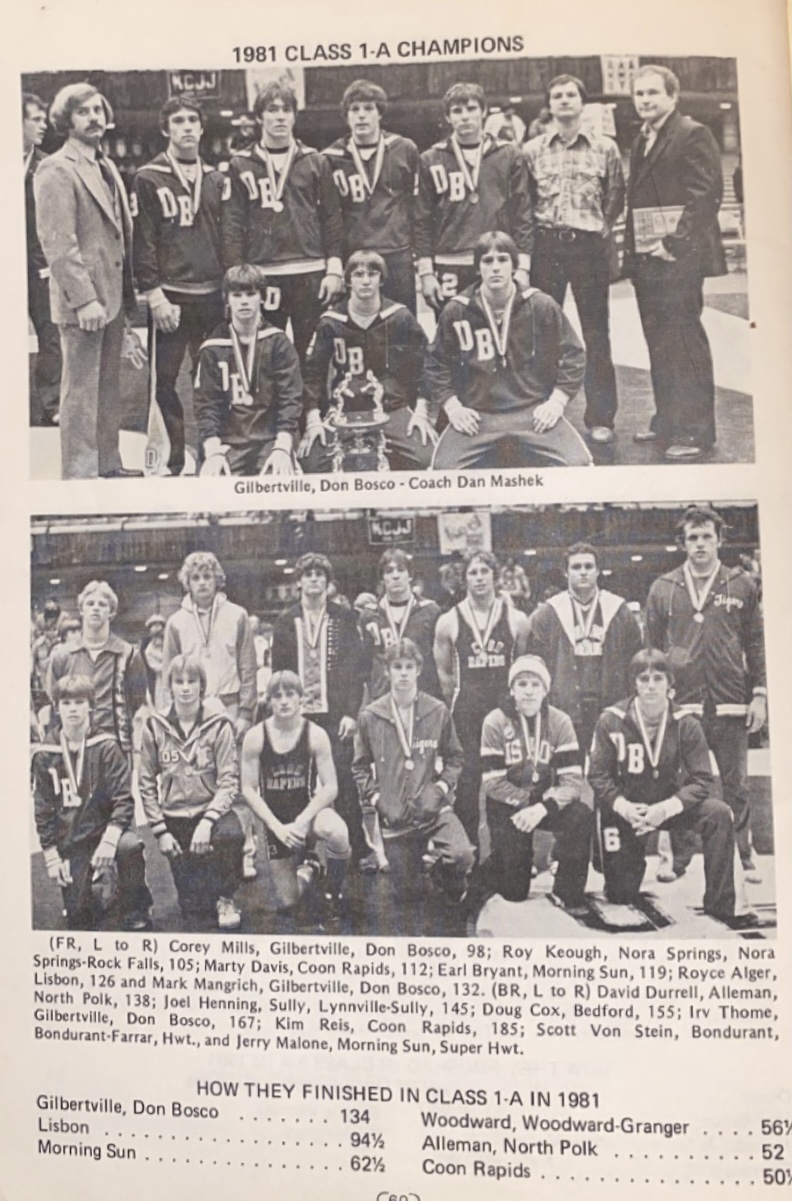 Dave Durrell ended up attending Iowa State University and lived in California for 20 years with his wife and children. Sadly, in September of 2019, Dave Durrell passed away at the age of 56. Iowa HS wrestling lost an early-80’s legend that day.