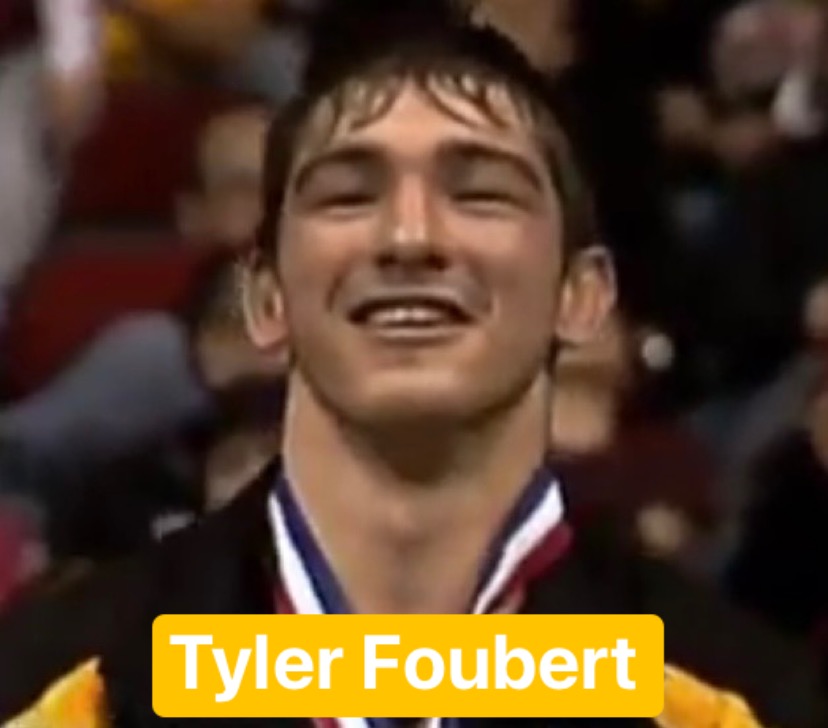 I wrote this one about 8 months ago and forgot to post it. Tyler Foubert was a 4X State Qualifier/3X State Placer/1X State Champion who competed for Tri-County-Montezuma and Eddyville-Blakesburg-Fremont in HS. Tyler was very good from a young age on the youth circuit, for I know he won his share of USA, GSS and AAU titles prior to HS. He was always on the elite Iowa team for youth national level dual tournaments. And his success at the youth level carried over to HS. 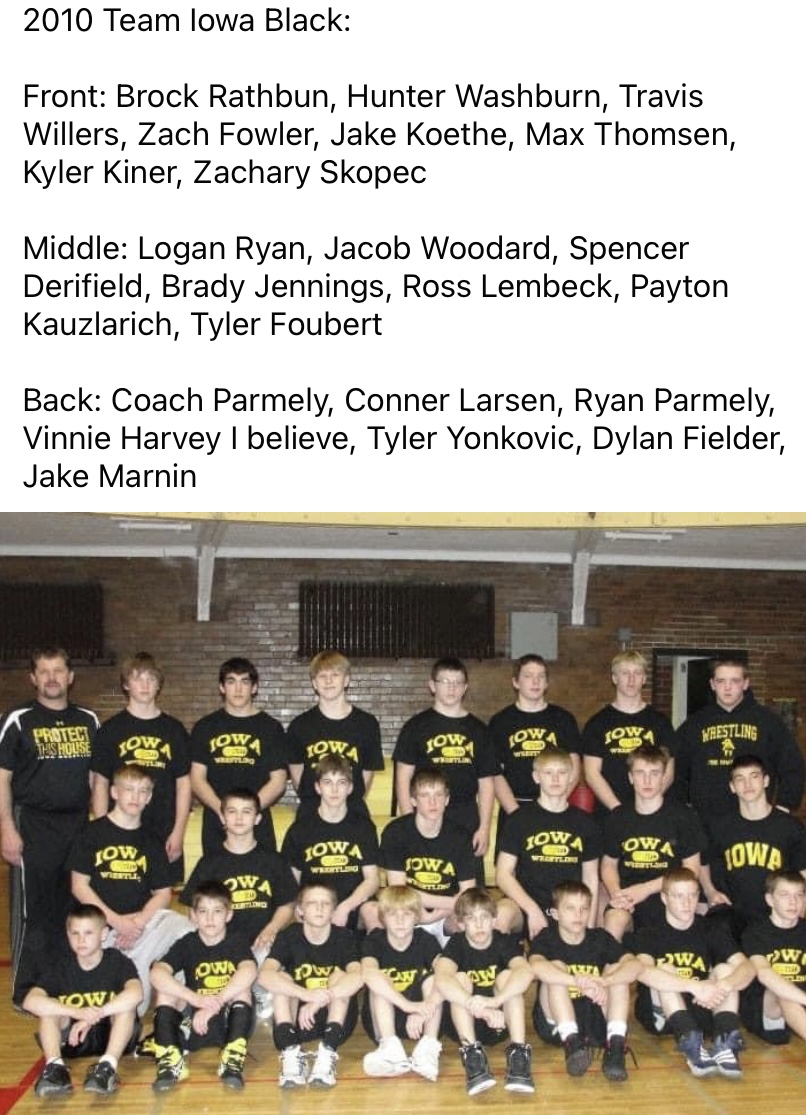 Tyler wrestled his first 3 seasons in HS for Tri-County-Montezuma. He placed 7th as a Freshman at 1A 140 and 3rd as a Sophomore at 2A 145. As a Sophomore, he had a pretty close match with Senior, Robert Walker of Martensdale-St. Mary’s in the semifinals. Walker beat Foubert 11-8, but that was pretty close for Robert Walker at the time, for when he was a Senior that year and undefeated on the season. In fact, when Walker won his finals match, that was his 3rd state championship. So that was an impressive showing for Foubert, despite the loss. In Tyler’s Junior season, he qualified for state, but did not place.

Tyler competed for Eddyville-Blakesburg-Fremont as a Senior in HS. In Tyler’s Senior season, he was straight-up dominant at the state tournament. Get this… in his first two matches at the state tournament in 2014, he recorded a :13 second pin in the first match and and :29 second pin in his quarterfinals match. He only had to wrestle :42 seconds to make the semifinals match at state… That’s incredible. Tyler won his semifinal match 8-2 over Wyatt Lewis from CB St. Albert’s and proceeded to win his finals match via Major Decision by beating Kallan Schmeizer of Southwest Valley by the score of 14-3. Eddyville-BF won the team title that year! 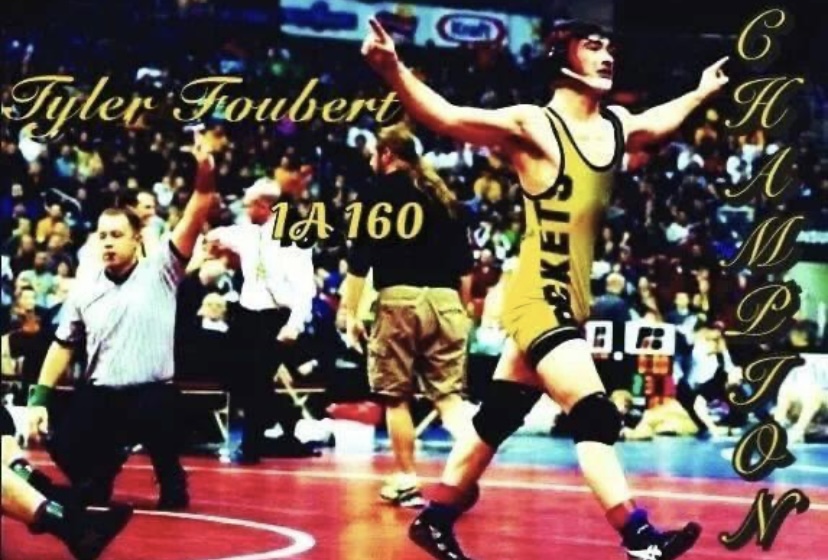 Tyler went on to wrestle collegiately for William Penn where I know he was a letter-winner at least a couple seasons, I believe.

This guy was an outstanding wrestler. Fun to watch. 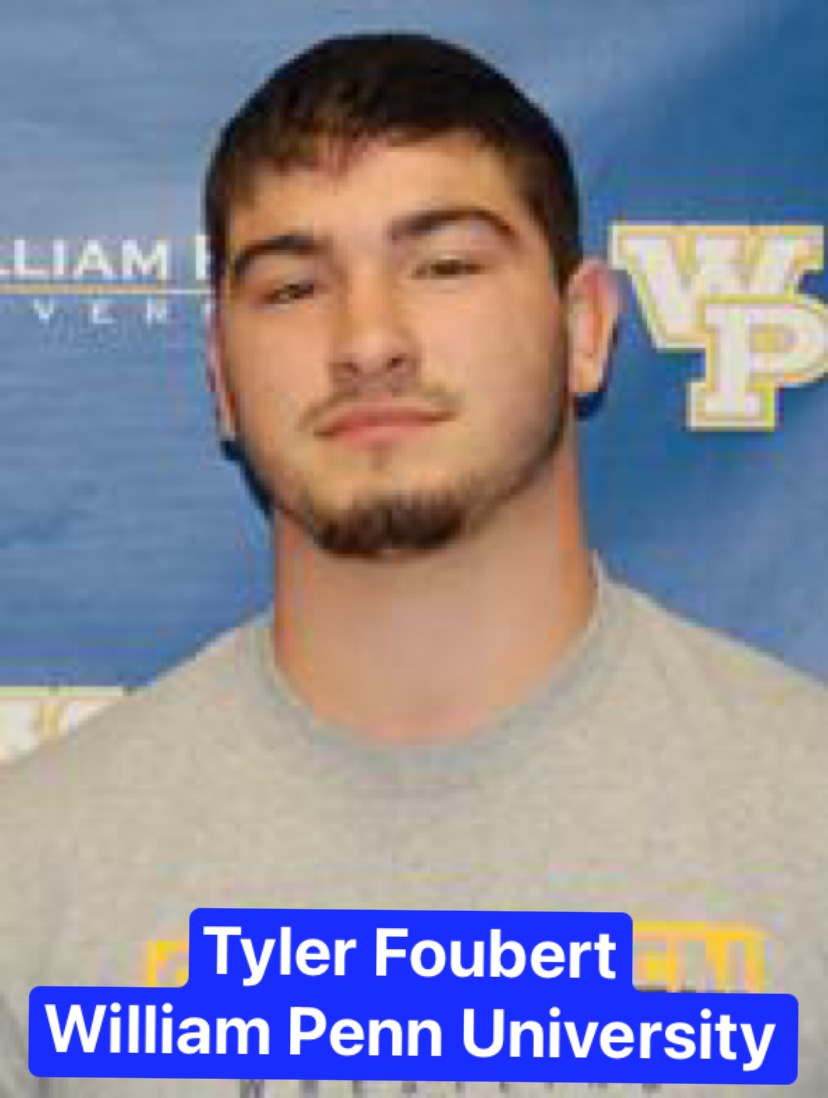 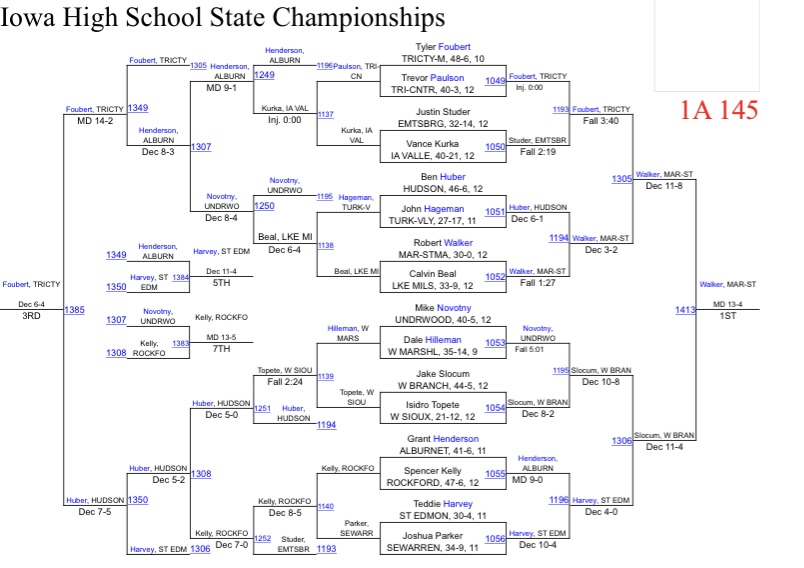 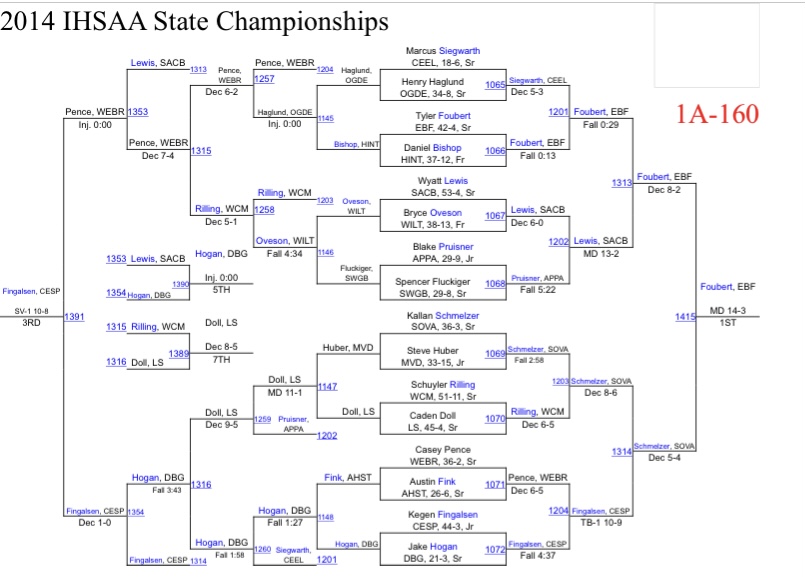