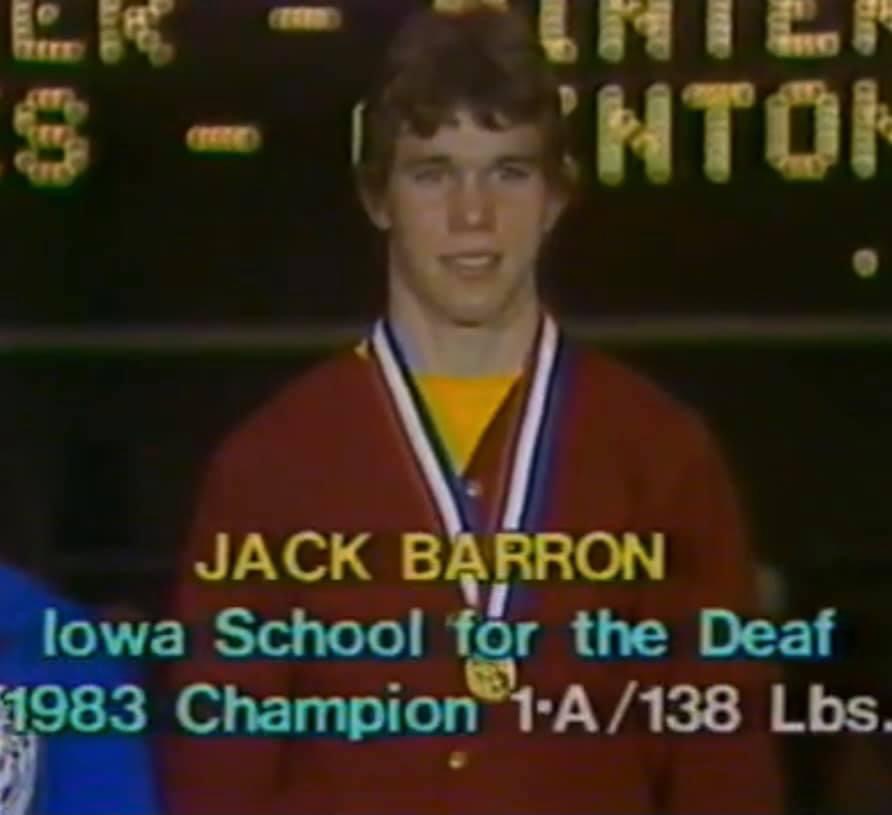 In Iowa, Jack Barron was a 3X State Placer (1-3-1)/2X State Champion. It is very common to talk to SW Iowa wrestlers refer to Jack Barron as one of the GOAT SW Iowa wrestlers… And for good reason. He WAS one of the best ever. He won 2 TOUGH brackets at the Iowa HS State tournament when he was a Freshman in 1980 and as a Senior in 1983.  He placed 3rd as a Sophomore in 1981… the guy who beat him that year was Rod Hass from Woodward-Granger who would end up losing in the finals to someone you may have heard of…Royce Alger from Lisbon. Anyways, I couldn’t find a trace of what happened to Jack as a Junior, for I couldn’t find his name anywhere in any sort of collection of 1982 results, but recently found out that he actually spent that time in Washington DC and won a championship over there, so technically, he is a 3X state champ/4X placer. While in DC, he also won a National Championship. 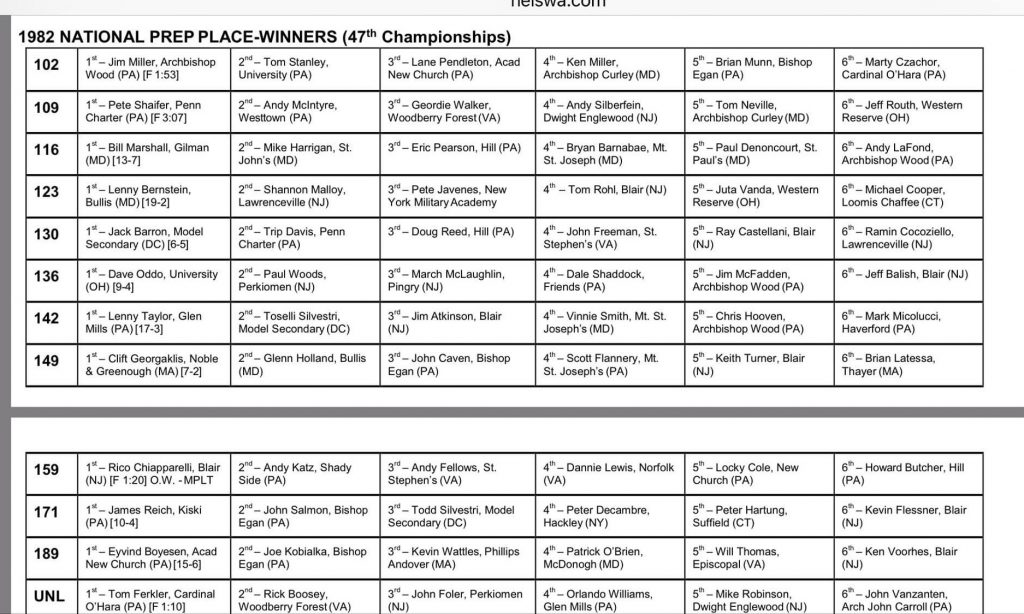 Jack Barron… One of Iowa’s greats! 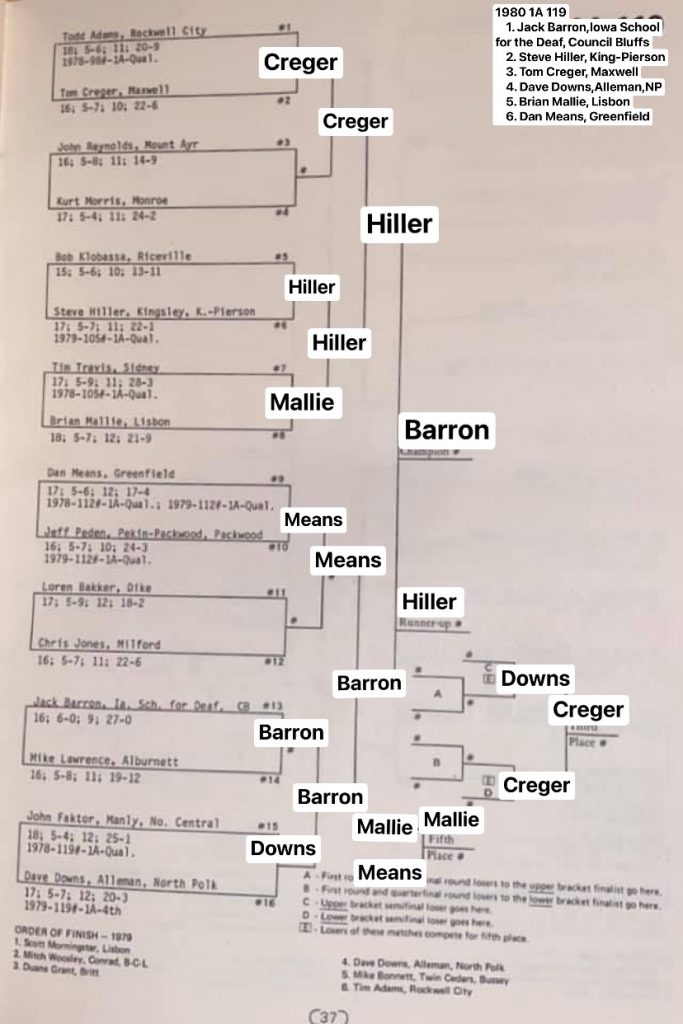 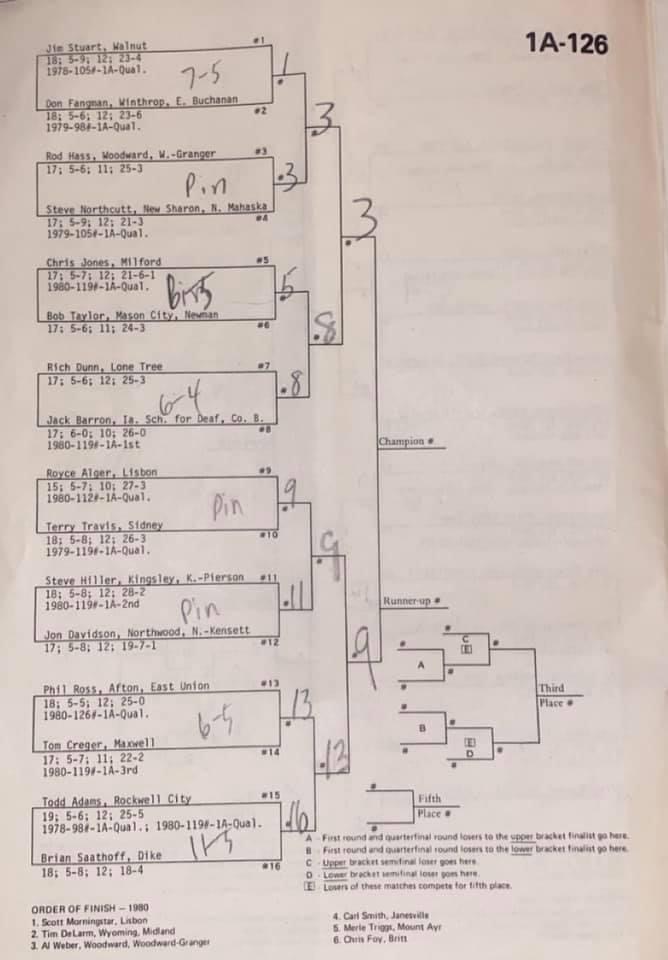 3. Jack Barron, So., Iowa School for the Deaf, Council 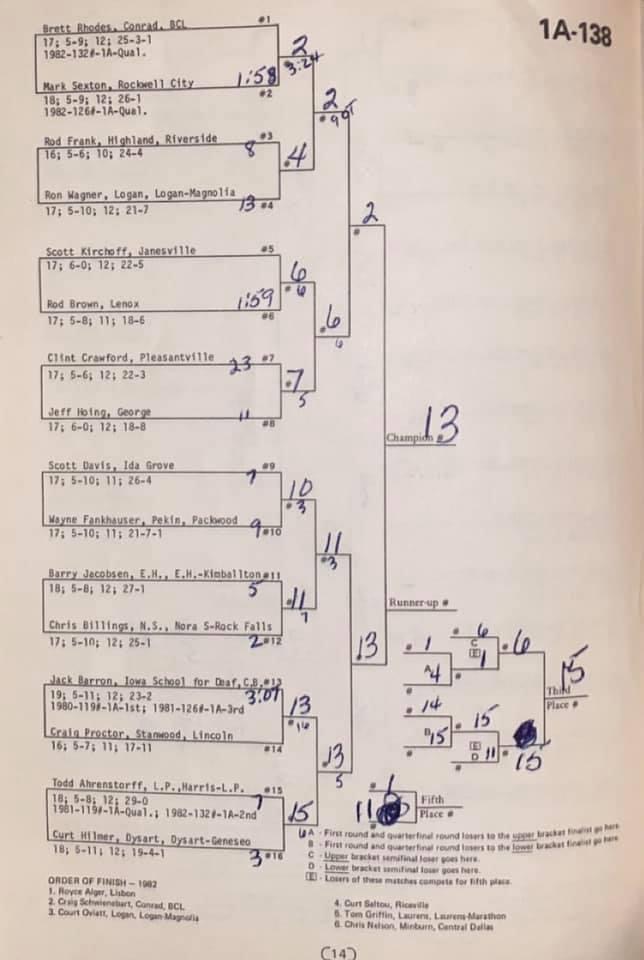 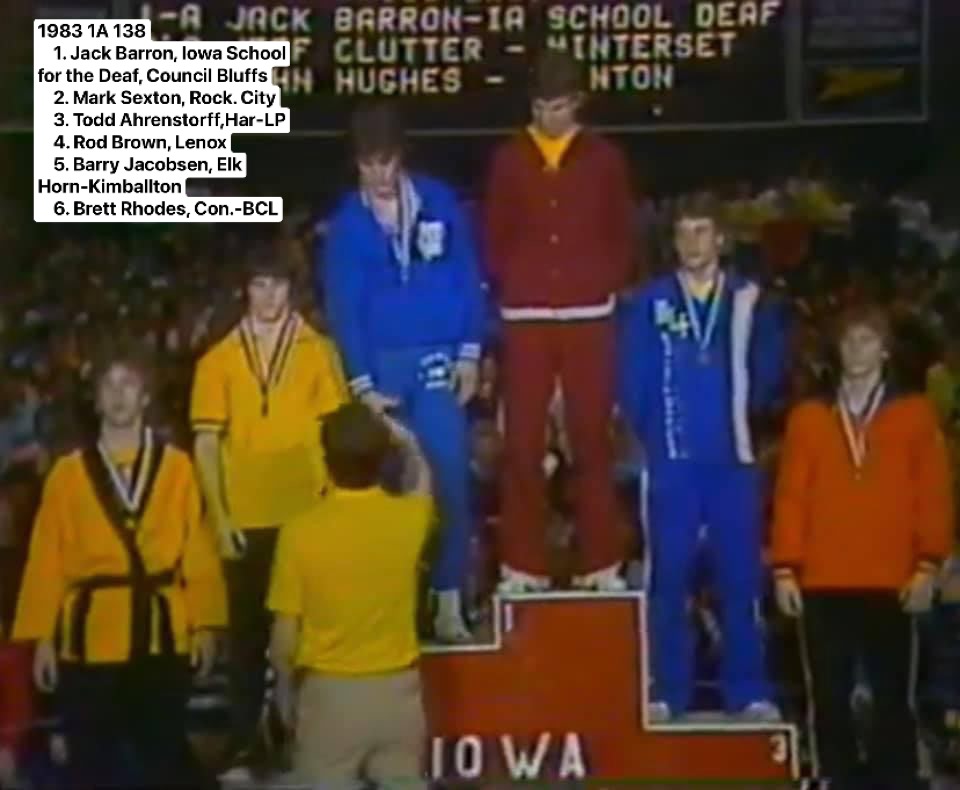