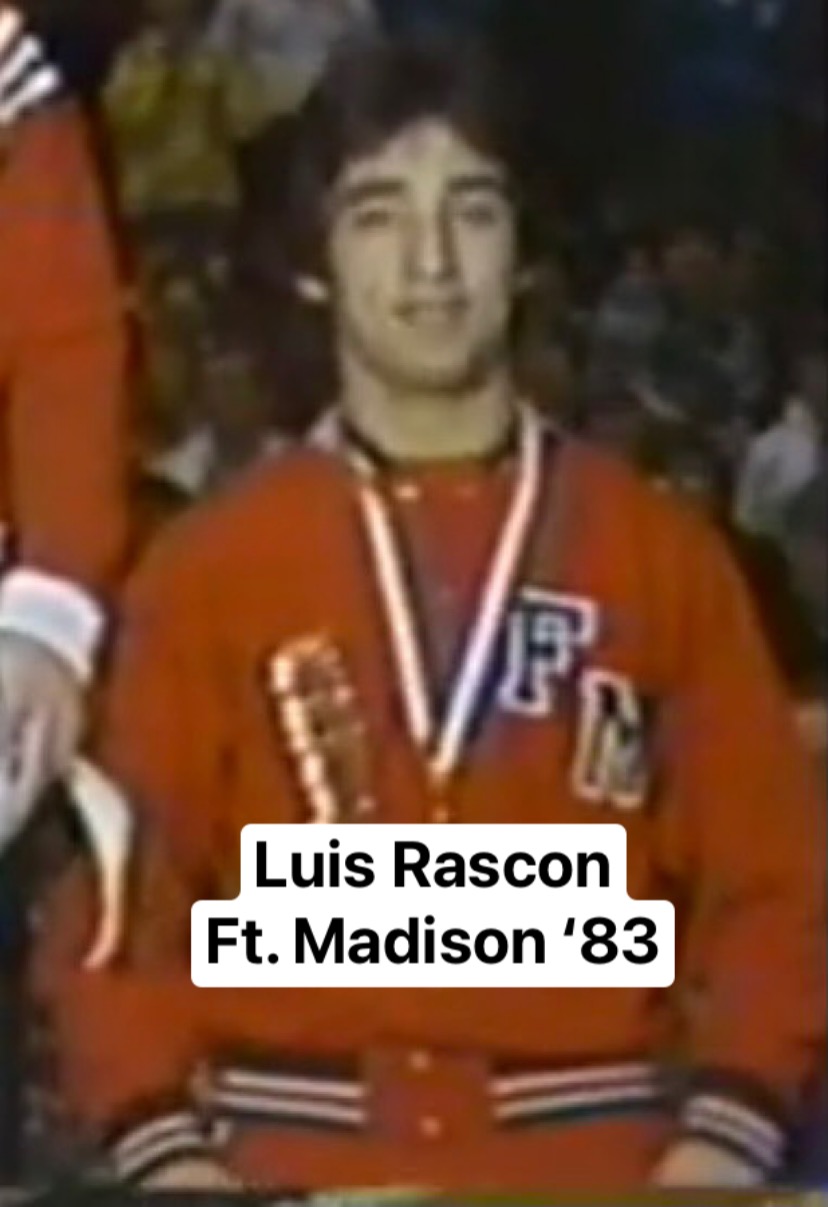 Luis Rascon qualified for state his Senior year with a 22-2 record and won a couple of matches against a couple of the biggest names in the bracket en route to placing 3rd at state. First round he defeated Tim Coppock of CB Abraham Lincoln and followed this up with perhaps one of the biggest wins of the tournament… he defeated returning placer and runner-up, Chuck Pearson of Waterloo East in the quarterfinals. Pearson would win state the following year as a Senior. Luis fell to eventual state champion and future Hall Of Fame ISU Cyclone, Steve Knight of Clinton in the semis, but he bounced back and won another two big matches to finish 3rd.

Luis went on to wrestle for the Army and competed for their base team. He has given back to the Fort Madison program for years as an assistant coach and is in the Fort Madison HS Hall Of Fame. 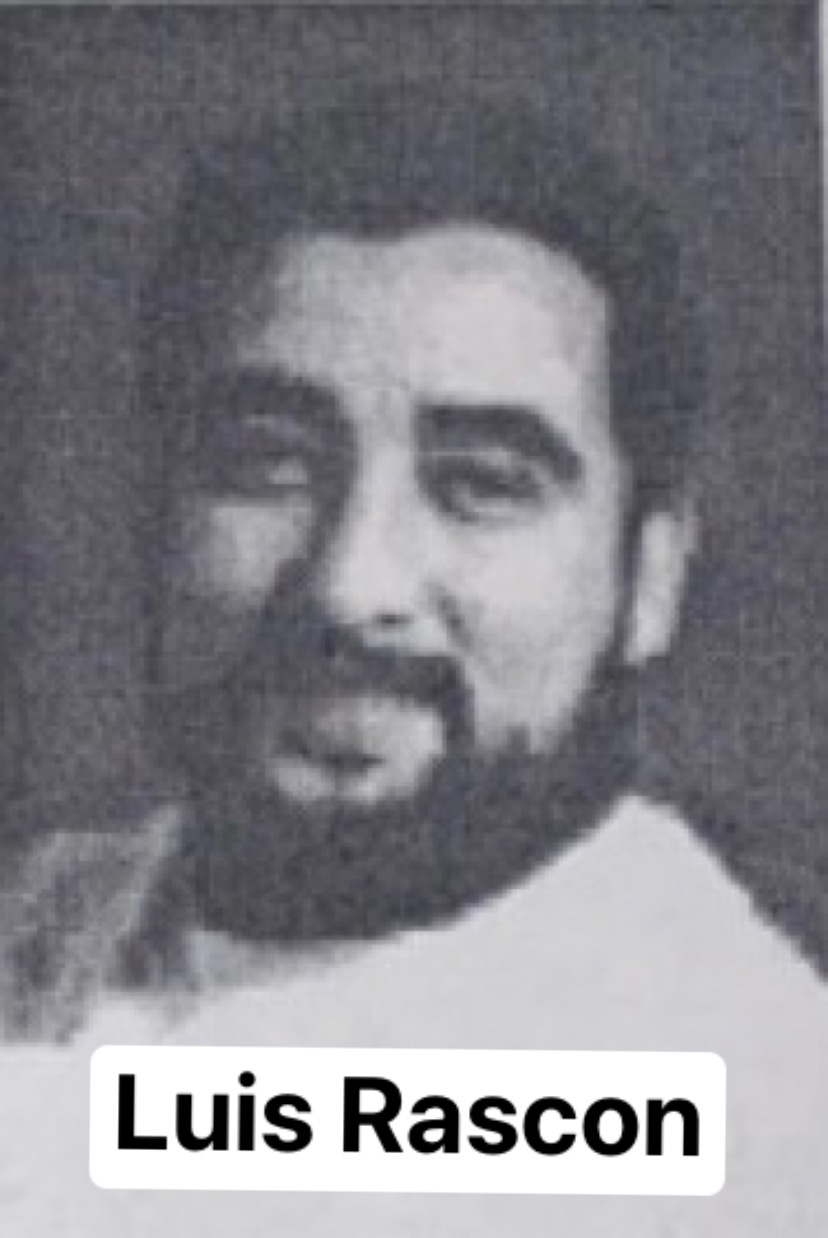 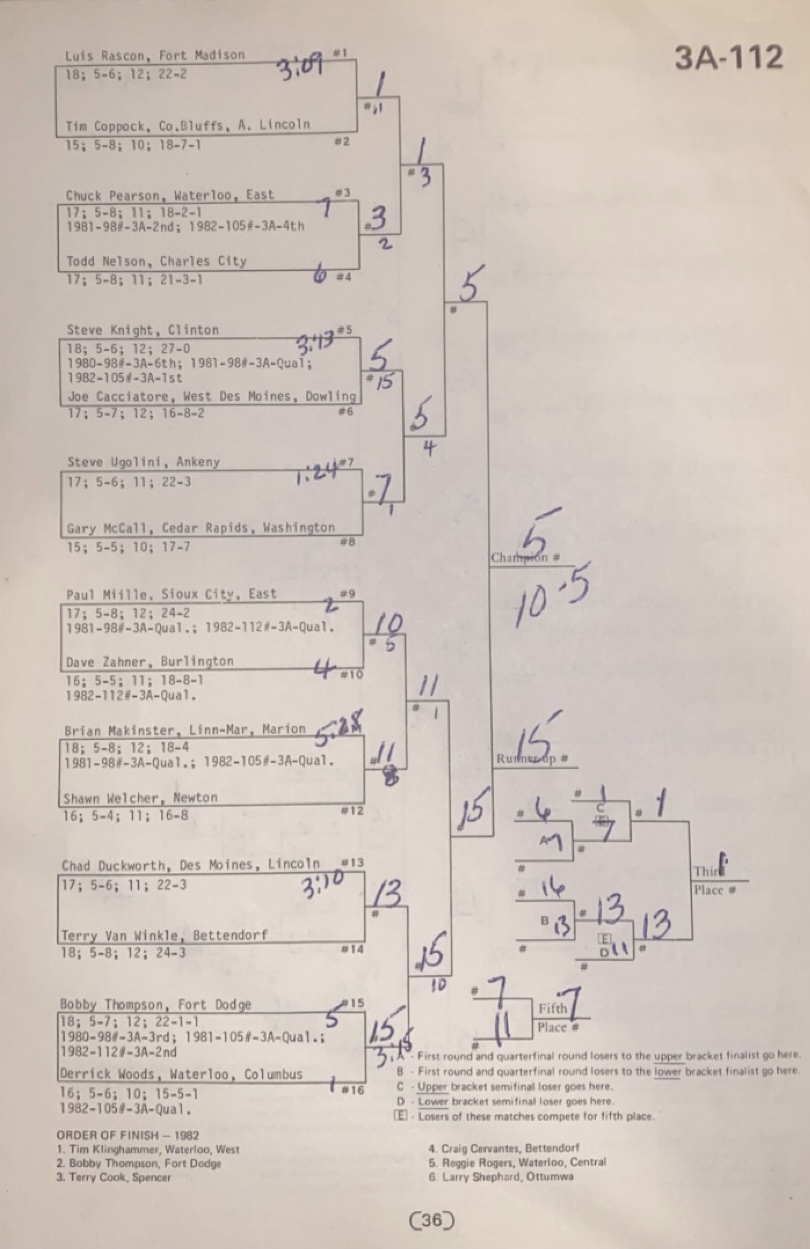 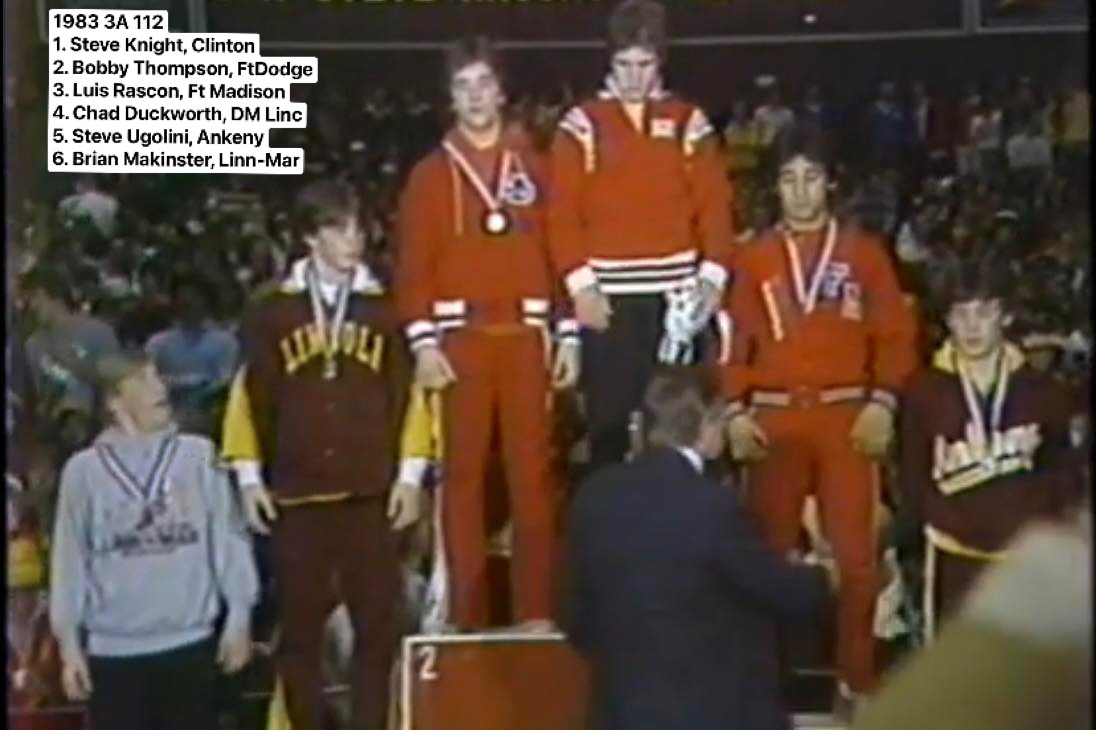 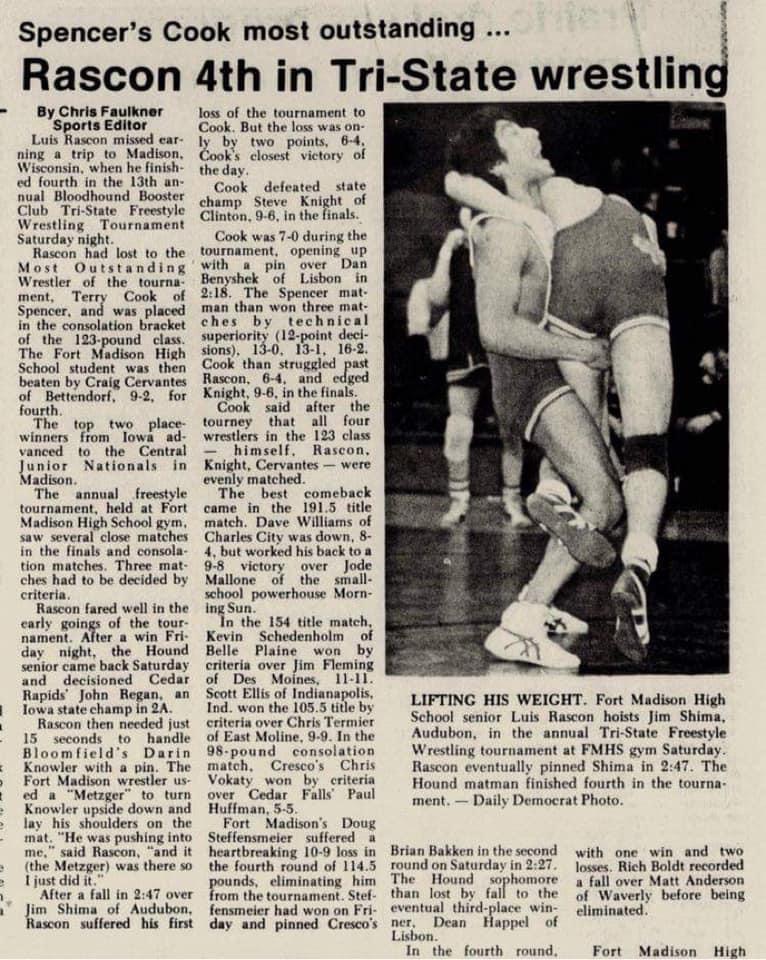