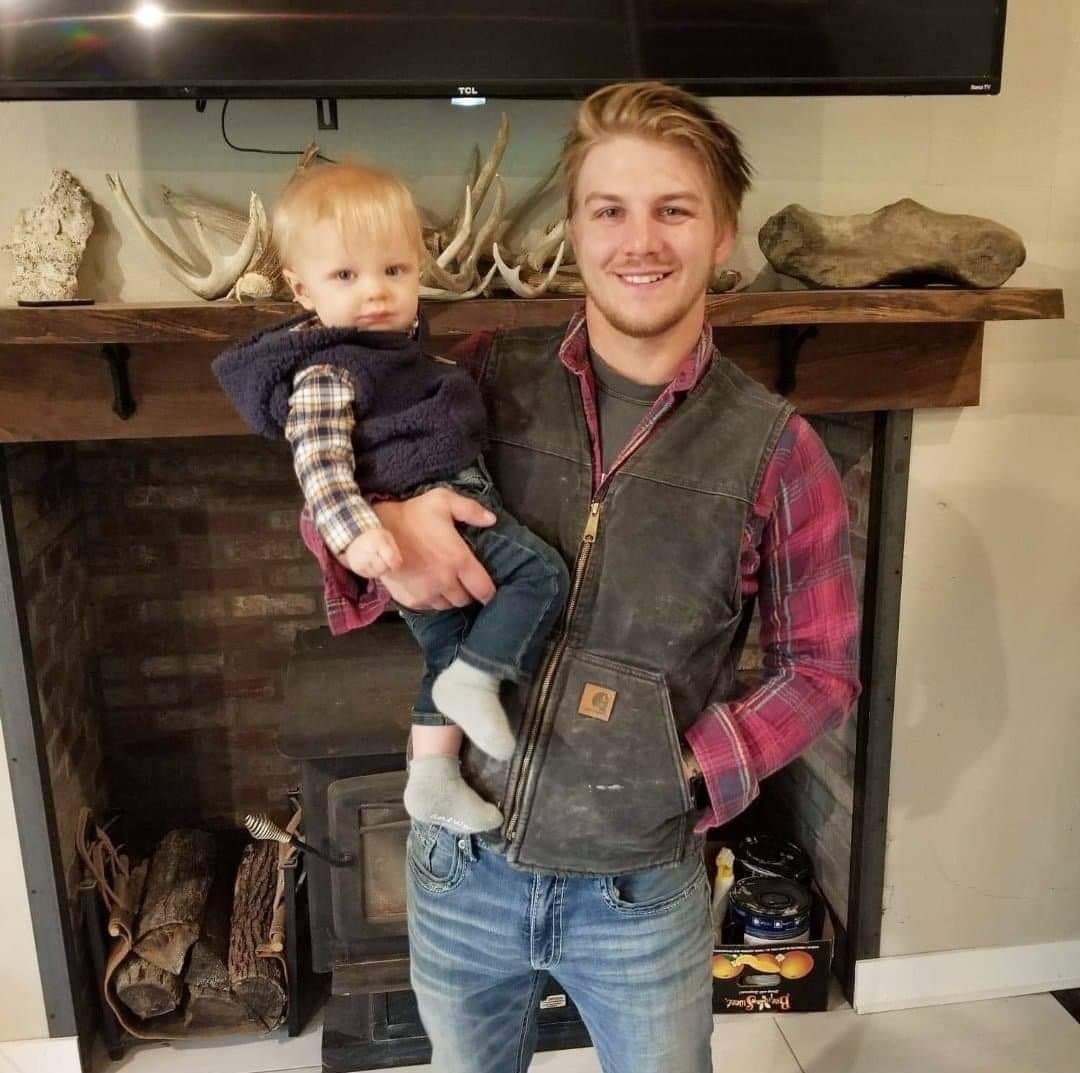 Jacob Marlin…. Man he was a kid who cranked it up big time around Junior High age and immediately started making noise when he became a Freshman. And some people didn’t believe the hype that was starting to spread… until they watched him wrestle the first time. I was in this boat. I figured he’d have a “welcome to high school moment” against one of these Seniors because he was at a tough weight for any underclassman… I wannna say 125 or 130. And the first time I ever saw him wrestle was against a former state champion Senior, Tanner Schmidt from New Hampton in the semifinals at state. And Jacob was just a Freshman. Prior to the match, a lot of people there were pumped to see it. A lot wanted to see if Marlin was gonna get pushed around by the notoriously physical Tanner Schmidt or if he was gonna come at him like people who saw him before that claimed he would. Welp, he came at him… and that match ended up being one of the best matches I’ve ever seen in my life. They went into OT and in a 30 second OT go, scored like 8 points and scored a major decision over Schmidt…. in OT. It was something I didn’t think I’d ever see before.  Yeah, I was sold right away. Marlin went on to win his finals and the next three that followed: He became a 4Xer, and one of the more fun ones because he wasn’t afraid to hit some funk.. He had funk that would result in throwing the opposition completely off before pinning them.

I did a GOAT article on him and basically what I think about Marlin when compared to like a McGinness, Clark, Mark Schwab or Eric Juergens type is that yeah, maybe those guys had wrestling down to a science and rarely made mistakes, but no one ousted Marlin in terms of being the most fun to watch when he really got rolling. He has never been afraid to let loose and throw down in, even in situations where it’d be considered wise to play it safe. He wasn’t by the book… he did his own thing and his own thing worked. In most matches, you would see an athletic and explosive Marlin getting into scrambles. There were certain scramble situations where he was better than anyone I had ever seen in those particular situations. He may be the best or at least he is the most dangerous scrambler ever. He could put anyone away in them… And he’d execute some big moves with unflinching confidence. In that GOAT discussion, I can’t commit to Marlin being crowned “The GOAT,” but will say this, Marlin is THE best I’ve ever seen in certain types of scrambles and executing certain types of moves.

Did you all know Jacob’s father was a state champ?! Yep, a state champ and runner-up the year before. I noticed it while recording and converting all the VHS tapes. So it runs in the family there!!

So there are already two generations of great Marlin wrestlers… Along with Jacob, there are his brothers, Juwan and Trevor who also did their share of scrapping at the Well. I’d really like it if there were a 3rd someday. Jacob Marlin was so fun to watch and one of the best wrestlers of all time.  And as one of Jacob’s longtime coaches, Zach Mulder would say, he’s one baaaad motor-scooter!

I started out wrestling at the Creston youth club. A few of us went to Golden Eagles in Council Bluffs and the around 4th or 5th grade I started going to High Altitude in Martensdale.

My dad was a state champ in 1986, so I remember always wanting to wrestle.

I wasn’t very good when I was young. I did pretty well through middle school, though. I won an AAU title and a few national tournaments. I won Tulsa Kickoffs 3 times and got outstanding wrestler twice.

I won it every year.

I did my share of losing and that’s always heartbreaking, but I lost in the national finals when I wrestled for North Iowa Area Community College. I had beat the kid in the finals at regionals two weeks before. I still beat myself up over that one from time to time.

A little bit of funk and a whole lot of go.

I only went back and forth with one guy. Matt White from Albia. I beat him my freshman year, then we went 1-1 my sophomore year. Other than that I lost to Dallas Houchins my freshman year and the rest of my losses were out of state.

That’s a pretty hard one to say. Chad Tunink certainly spent the most time with me, the majority of my technique came from him. Mario Galanakis was influential for me to make the jump from middle school to high school. I had a ton of awesome coaches at all levels.

Andrew Long. That guy was my hero. He never went out to just win, we went on to the mat to embarrass people. That’s at least part of were I got my mentality from.

Honestly, I have no idea. There’s so many guys that you could make a case for, obviously, Pin Doctors already did.

How would you describe your infamous match with Tanner Schmidt? Was there ever a point in your freshman season where you felt intimidated by the upperclassmen or did you come at them from the get-go?

I never backed down from anyone. Darrell Frain told me from the start that his goal was to get me beat. He spent my whole freshman year bumping me up. I wrestled every ranked wrestler I possibly could. Tanner was tough. We went into double overtime, and then the pace caught up with him.

You were once described to me as a “bad motor scooter” by Zach Mulder. Would you consider this accurate?

Well, I sure tried to be.

How influential was High Altitude wrestling to your development?

High Altitude was an absolute blast. I met some of my best friends there, as well as mentors. Those guys want to see you succeed in wrestling, but they also coach you through life.

When did you notice yourself raising your game a level?

I noticed it my sixth grade year. I placed at Tulsa Nationals that year and I also placed fourth at state. That year was my big turning point.

Did your father wrestle like you? What are some differences and similarities between you and your dad in terms of wrestling style?

I’m really not sure. I think he had a little bit of funk, but everyone I’ve talked to said he was a brawler. Steve Hamilton claims he was one of the toughest guys physically that he ever wrestled. I guess I never thought I was a super physical wrestler.

How proud are you to see the sea of red Creston fans supporting their wrestlers every year at state?

Creston is definitely different than most places I’ve been to. Everyone loves wrestling and the gyms are always packed with fans. It just makes it that much more fun. I always felt like we were kind of underrated as a program, but if you look back, Creston has produced some absolute studs.

What is your best hunting, fishing, etc. story?

I’m not a very good story teller, and I’m an even worse hunter, but I get lucky every now and then.

Within the last couple years, my favorite guy was Bo Nickal. I love watching a guy that lets it fly.

When I lost in the NJCAA finals. I felt like I kind of let everyone down.

Not a thing. I’m happy with the way it all turned out.

My best memories are just hanging out with my friends  at tournaments and camps.

Jason Alfua (spelling?). I went back and forth with him in college. He won at the dual, I beat him at regionals, and he won in the national finals.

It was an all year thing, but I definitely toned it back in the summer.

The guys from my day would whip these young bucks. No question!

I wrestled one year at the University of Iowa and then one year at North Iowa Area Community College.

In high school I only wrestled.

I don’t have any. I don’t really watch sports.

Hunting, and spending time with my family.

Good, but coaching if definitely way harder than getting on the mat.

It truly does make life easier. Working hard in the real world is a whole lot easier than working hard on a wrestling mat.

I’m an electrician in Des Moines.

I’m sort of a volunteer assistant at Martensdale St. Marys.

Keep at it. Live the life.

Only if I’m the only one in the bracket.

Previous post: WHO IS THE IOWA HS WRESTLING GOAT?!? The Case For Akeem Carter, Waterloo West