Who Is The Iowa HS Wrestling GOAT?! The Case For Jake Marlin, Creston 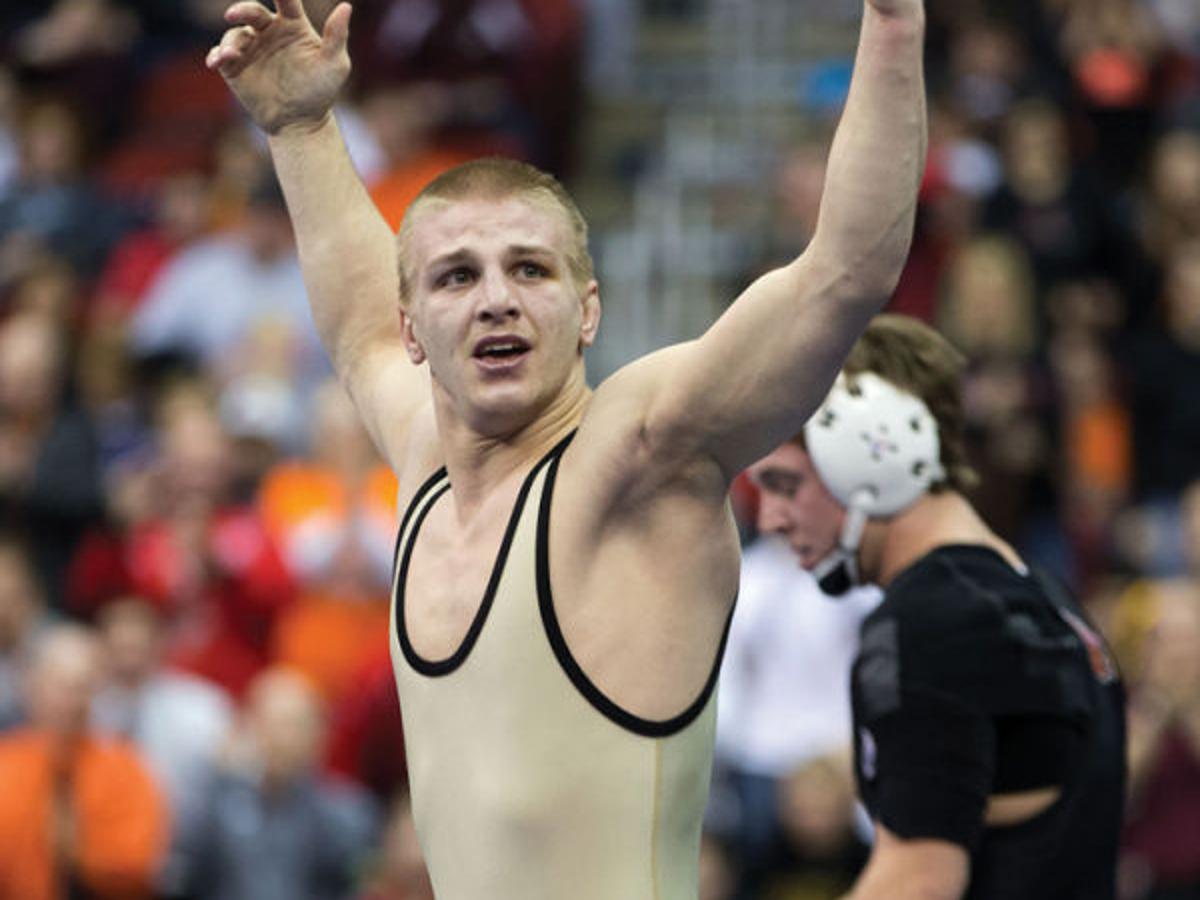 Jake Marlin. I started hearing whispers and what-not about him being a potential Tazmanian Devil with wrestling shoes around the 2nd half of the season his Freshman year, but I hadn’t ever seen him. I read his stats in AAU. He was from Creston and that’s located on the opposite side of the state from me… Mostly just some message board rumblings… “watch out for this kid, he’s about to break out, he started to as an 8th grader last year” type stuff. So my interest was sparked…. it was a full-blown forest fire when I witnessed him wrestle in one of the best, craziest matches I have ever seen in my entire life. He was up against a guy named Tanner Schmidt from New Hampton… a former state champ and Senior who had a reputation for being pretty physical out there and always wore his emotions on his sleeves. He was fun to watch. Anyways, they were at 130 pounds, I believe and it was the semifinals, I believe. Tough, take no prisoners Senior vs. a Freshman who is starting to make huge waves. The match was a scramble from start to finish and the entire crowd seemed to be fixated on that mat. If you were a Freshman, one of the last Seniors you would want to collide with in the semis at State was Tanner Schmidt. He was a tough, physical wrestler who would not be shy to put a Freshman through 6 minutes of mat-hazing. But Marlin was swinging back. The kid had guts. That was obvious to everyone right away and was solidified in the final period of the match. They reached an OT period where they started scrambling some more and Marlin caught Schmidt on his back and Schmidt fought off his back and cane back after him and Marlin put him down again… he put him on his back at least 2-3 times in that OT period to win the match and advance to the finals and it was weird because there was not much scoring before those moments. One of the wildest things I have ever seen. I had to learn more about the kid. I knew he was a High Altitude kid coached by Chad Tunink and Zach Mulder in the AAU scene. I knew Zach through my brother and his son having battles together and always loved his input, for it was always spot on, to the point and usually pretty funny. I’ll never forget when he told me about Marlin. He said, “yeah, guys used to tease him a bit because he used to do silly stuff like get out of position and pinned when leading or whatever and just did dumb things on the mat, but I remember telling them, ‘you just wait, because when that kid gets it, he is gonna be one baaaaadddd motor-scooter.’” I hadn’t ever heard someone referred to as a motor-scooter before and I loved it… I use that phrase and feel cool every time I do, to this day! And Jake was exactly that… a bad motor-scooter. Zach can probably make a living teaching lessons on how to be cool.

His final three years he looked so good that he looked like he was straight-up bouncing and body-slamming his opponents on trampolines and just wrecking their worlds. He was fun.

Marlin was in the same grade as Brandon Sorensen from Denver-Tripoli who also won 4 titles and this was always interesting to me because their styles couldn’t be any different than each other. The only guy I remember giving him repetitive trouble was a kid from Albia named Matt White from Albia. He seemed to wreck through about everyone else. He won 4 state titles and take a look at some of the guys who placed in the brackets he won: Dakota Bauer (Ballard), Drew Foster (Mepo), Eric Clarke (Assumption), Logan Thomsen (Union), Adam Skopec (Spirit Lake Park), Tanner Schmidt (New Hampton). All those guys were state champs except for Foster, but he was an NCAA champ. He also beat Tyler Patten in the finals one year. Patten placed 3-3-2-2.

Was Jake Marlin the GOAT? I’ll say this, the kid had moments in his matches that looked more impressive than anything else I’ve ever seen, so in spurts, maybe? He is a 4 timer with some HUGE moments in his career.  I’m glad Iowa HS Wrestling produced a Jake Marlin. A bad motor-scooter.

Next post: How Close Were The 3 Timers To Winning 4?! Part 4