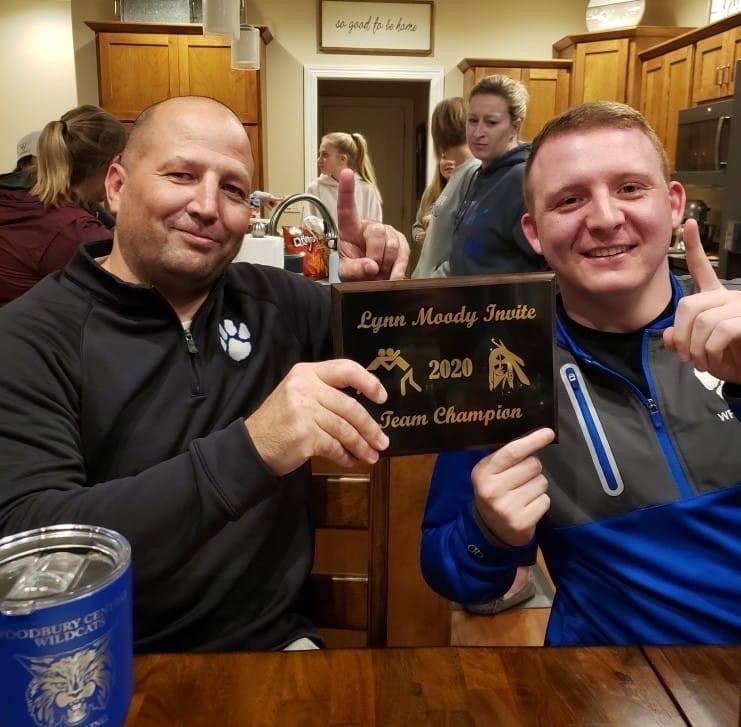 We’ve all heard the phrase, “speed kills.” This phrase is true in wrestling and applicable to many athletes who have taken the mat over the years. There are not very many wrestlers who fit this bill than Jordan Bremer from Woodbury Central. A 3X state champion who literally just lit people up with his finesse and speed. He is one of these guys who may have been a 4X state champion had he been full-sized as a Freshman. He was only weighing in the 90’s range and some of the guys he wrestled at state that year were probably 30-40 lbs bigger than him just a week or so after the season ended that year. And being undersized as a Freshman, he still managed to place 4th, which is phenomenal.

I always associated Jordan Bremer with his wrestling style, 3 titles and his epic rivalry that he had with a guy named Brance Simms from Twin River, Valley Bode. A lot of Southeast Iowa people like myself followed Simms (who is from the Northwest part of the state, like Jordan) because his mom was a New London graduate and her brother was Shane Arnold, a standout for them in the late 80’s. On a personal side note, Shane was the first wrestler I remember ever watching as a tyke. The one interaction I ever had with Jordan before this was when I began writing the Inside The Rivalry series for The Predicament and discussed the possibility of writing one about his rivalry with Simms. The kid struck me as a very sharp person and very enthusiastic about wrestling, a combination that is great for the sport. I am proud to have a platform in which he can tell his story because he has a lot of good stuff to say…a trend that I’ve seen with a lot of guys in his age group.

I never connected the dots that his brother was Andy Bremer, a standout wrestler for WC who graduated in 2002 until reading Jordan’s responses.  Great wrestling family, the Bremer’s!

I started out wrestling for the Woodbury Central youth club and then in about 3rd grade I joined the Northwest Iowa Wrestling Academy and did that till I was in 8th grade. Some other kids in the club were Chaps and Cash Wilcke, Destin McCauley, Eric DeVos and a couple of my high school teammates Nate and Zach Ryan and more that I’m forgetting.

My oldest brother Andy and my dad.

I placed every year at the AAU state tournament. Peewee State Finals in 2002 I lost 2-0 to Thomas Gilman. The only year I won AAU was in 6th grade. 8th grade I broke my arm a couple weeks before districts so didn’t get to wrestle. I would say Gilman was my rival for a couple years though not much of a rivalry when you don’t win any of the matches. And Zach Welter from North Linn… seems like we wrestled every year at AAU State.

I would say learning how to rely on my athletic ability and quickness as a freshman. I was only weighing about 95 lbs wrestling 103 and guys were bigger and stronger than me. I would say it went alright placing 4th.

I was quick and came out right away and attacked. I could score with many different takedowns. Once I got a couple I would like to work for the pin.

Umm… not many other than Brance Simms, but again only winning 1 out of 4 matches is not really back and forth.

Adam McElrath WC head coach during my time, Jake Thomas who is the current WC head coach and my brother and dad all had huge impacts on me.

We made Regional my first 3 years and then finally my senior year we qualified for duals and placed 5th. In college Minnesota won two national dual titles when they still did national duals and we placed 3rd and 2nd at the national tournament my first to years there.

It’s kind of funny that it wasn’t my brother. I mean I looked up to him, but I would say Mack Reiter. Always remember watching Mack at Vets when I was 6,7,8 years old. Funny how we both were 1A wrestlers who ended up at Minnesota.

I would say Cory Clark. I may be biased because he’s from my era, but can’t argue with what he did in high school and college.

Normally any guys from Minnesota so Gable is fun to watch right now but now gonna have to root for UNI and Wade Mitchell and NDSU and Beau Klingensmith once he gets there next year as well!

Mostly Linkin Park but I’d mix it up with rap every now and then.

Definitely my semifinals of my freshman year. Lost by 1 point. At that moment you realize your dream of being a 4xer is out the window so it was pretty hard to change your mindset quickly and get over it and battle back for 3rd.

Either my first state title or reginal duals my senior qualifying for the first time since 2000 as a school.

Brance Simms is the one that comes to mind. Definitely had my number. He was a great competitor. Kyler Kiner from Ogden and Andrew Foutch also come to mind. Wrestled them down at the state tourney. Didn’t really wrestle too many guys in college multiple times.

Man it was fun. We actually never wrestled until high school. He was always a couple brackets bigger than me growing up so I didn’t really know what he was like stylistically. First time he majored me and then the next two were 1 point matches and then of course the state title match was a close one as well.

When you look at the list of 3X state champs from Iowa, how honored are you to be a part of that elite company?

I mean it’s pretty cool. Personally a little disappointed to not me on that 4x list but should be grateful because a lot of kids would love to be on that 3x list.

Are there any wrestlers past or present that you would compare yourself to?

Um none really come to mind.

I tried to be on the mat year round. Summer was a little more difficult because I played baseball but still tried to hit open mat and local camps as much as I could.

Well I would say we would do pretty well. I believe my senior class was the most D1 committed wrestlers in the history of Iowa high school wrestling. I think there were over 25 of us that signed and wrestled D1. May be something cool you could look into?

Yes at the University of Minnesota

I like to hang out with friends and family, as well as still play some video games. Like to fish, bike and play the occasional round of golf.

I love it. I wouldn’t be the person I am today without the sport. It’s only fair that I give back my knowledge and experiences. Nothing really satisfies me more than seeing a young kid accomplish his/her goals in the sport.

I think it has helped me face the different adversity and challenges in my life with more maturity and resiliency. Made me realize if I can get through the challenges wrestling throws at you there is not much else that you can’t get through.

Are you still involved with wrestling now?

Yes, I am an assistant at Woodbury Central.

I would say learn how to win the close matches. I think a lot of times there is pressure that you have to just dominate and pin everyone or win big against opponents that you’re supposed to beat on paper and that weighs on kids’ minds. Especially the elite ones. It’s okay to win by decision even if it’s not what you want or expect. Learn to win the close ones. Especially if you’re going to wrestle in college.

I definitely think it’s a possibility just have to get back in shape!