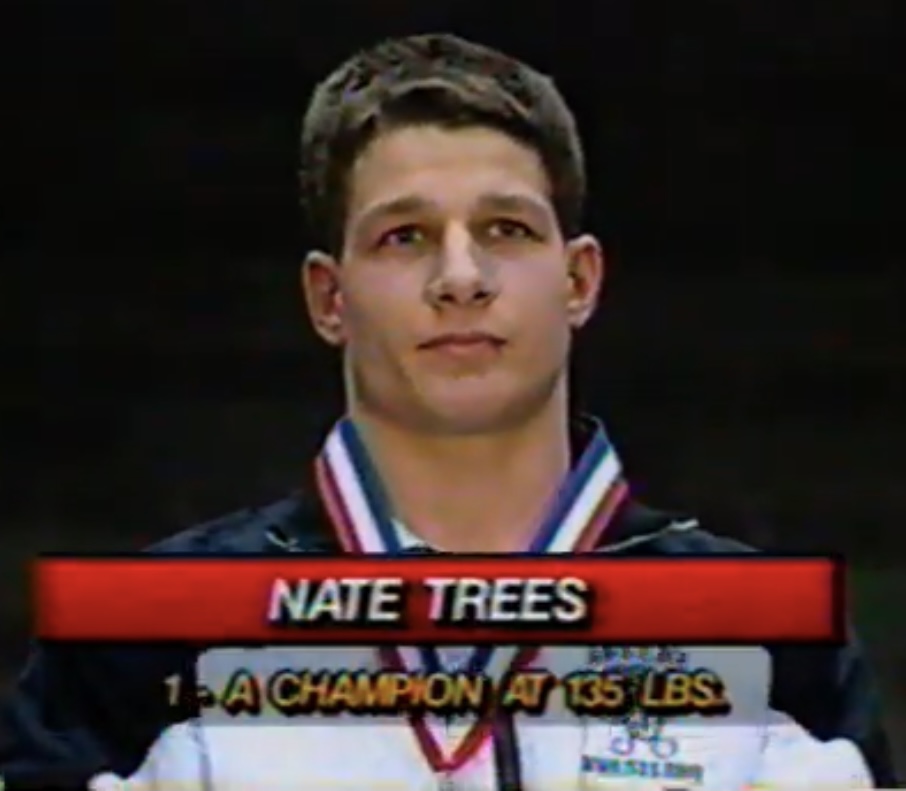 So lately I have been uploading videos from the 1997 Dream Team Classic and if it’s one thing I learned, it’s that I have been sleeping on just how good one of the guys on Team Iowa was that year… His name was Nate Trees from Greene. I mean, I knew he was good…I’ve read his name several times. It’s just that when I saw that he faced Hawkeye legend, Mike Zadick (MT) in this meet, I figured that he would be one of these guys who just got killed out there. I mean, it would take someone really good to not get demolished against Zadick, for Zadick was a HS phenom. I expected to watch a butt-kicking. And that’s not anything against Trees…it’s a testament to how good Zadick was. And boy was I wrong in my assumption with THAT. Trees gave Zadick a GREAT match. Zadick had to fight hard to beat him.

I knew right there that I was obviously clueless about how good Nate Trees was, so I decided to look into it further. And it turns out, I was out of the loop in terms of how good his father was, as well! Nate is the son of Doug Trees, a former wrestler out of Greene HS who competed for them from 1966-1969. Doug was a 4X finalist. And he won it his Junior and Senior years and finished with a 115-5 record. That’s pretty awesome! Awesome enough to earn a spot in the Hall Of Fame. And his son, Nate, was a chip off the block. Check this out…. 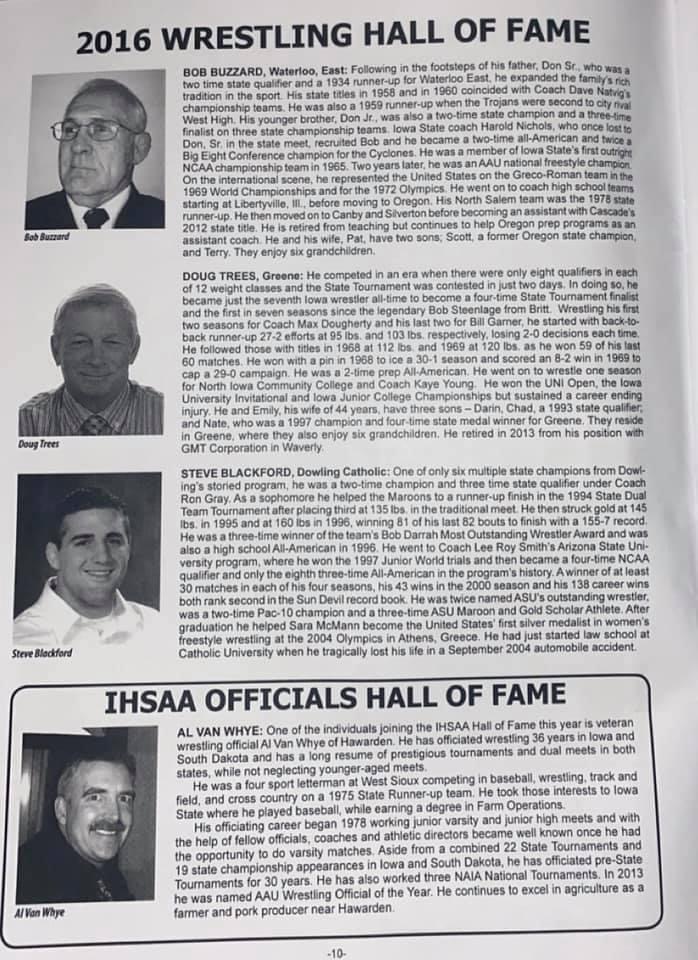 Nate Trees was a 4X state qualifier/4X placer/1X state champion who placed; 5th, 3rd, 3rd and 1st as a Senior. And get this…

As a Freshman, Nate Trees came into the state tournament with a 31-1 regular season record and finished 5th.

As a Sophomore at 1A 119, Nate Trees came into the state tournament with a 33-0 regular season record and finished 3rd.

As a Junior, Nate Trees came into the state tournament with a 31-0 regular season record and finished 3rd.

As a Senior, Nate Trees came into the state tournament with a 34-0 regular season record, which ended up being 38-0 after he won state.

The math is pretty simple…. This guy won over 30 matches every season he competed and he only had ONE regular season loss. Only ONE!!! He finished with a record of 150-5, which meant that he had the same amount of wins as his Hall Of Fame father, but 35 more wins than him. 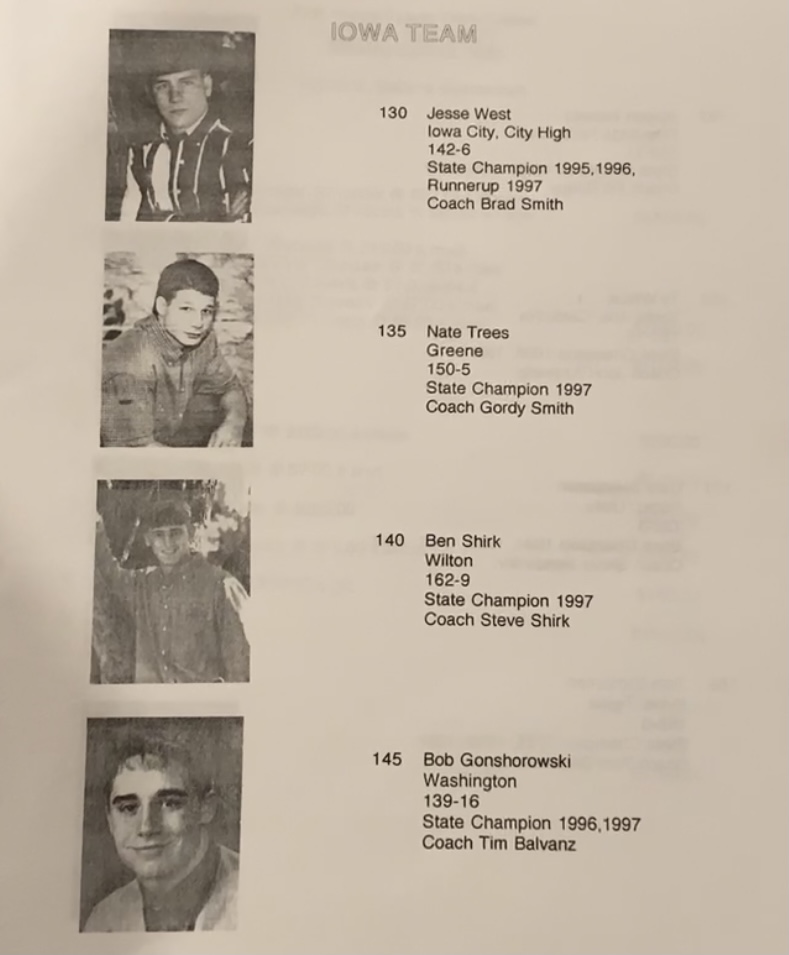 My goodness, this man deserves some serious respect for what he accomplished out there. And he won in dominant fashion as well. The year he won it, he majored two guys, beat another one by 4 points and pinned a future state champion (Seth Evans) who was a Freshman at the time. Heck, as a Junior, he had won loss, but had a tech, a decision and two falls. Both his Junior and Senior years he defeated a future State Champion, one being Evans, the other being Rob Hoback.

Nate Trees, remember that name, for he deserves to be remembered. He was phenomenal. 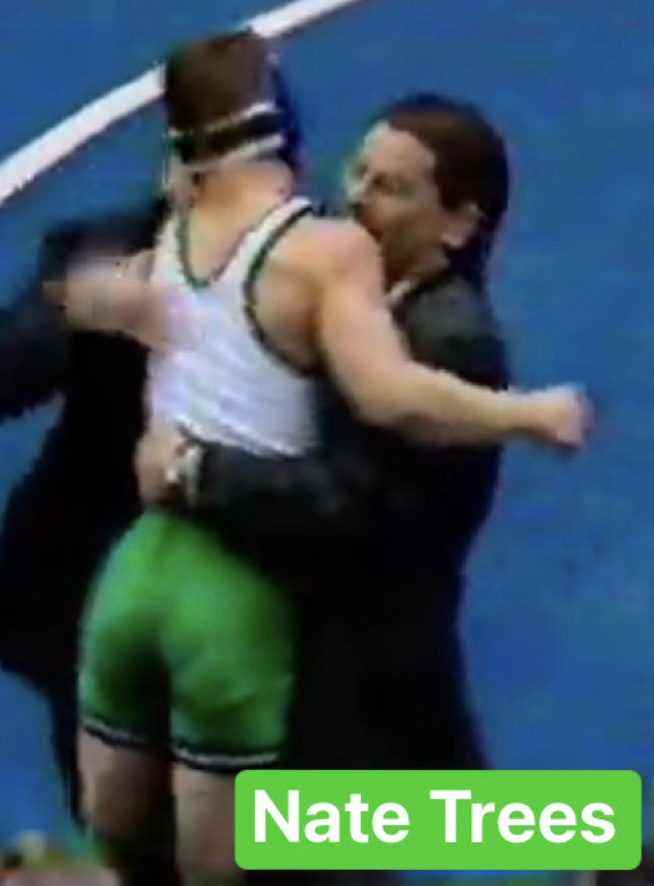 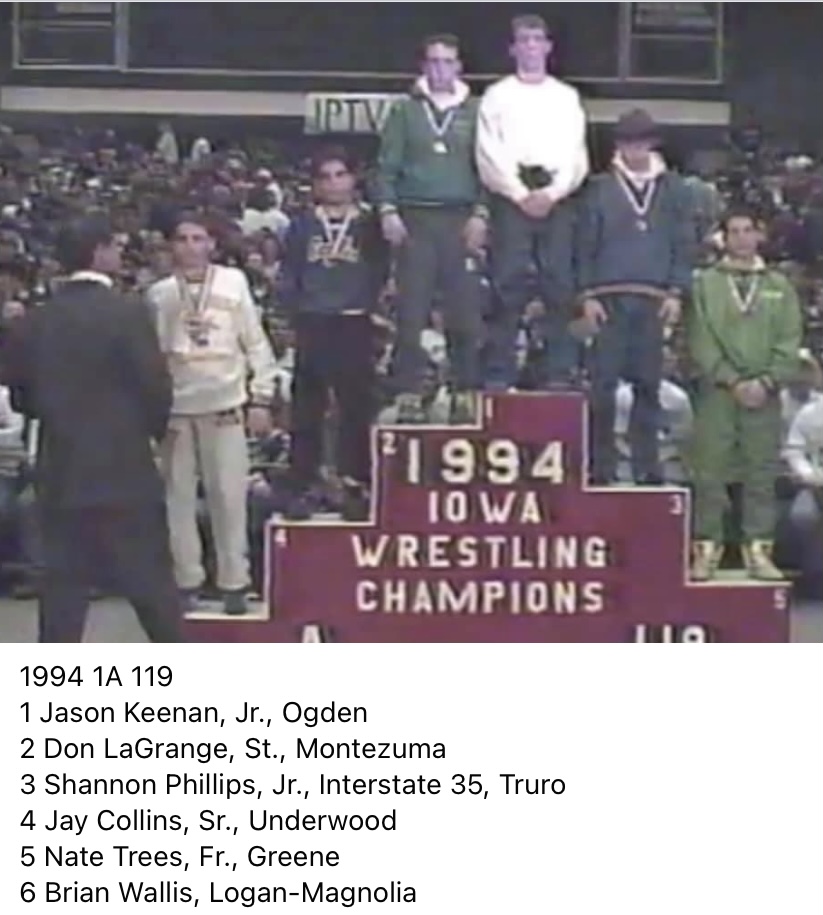 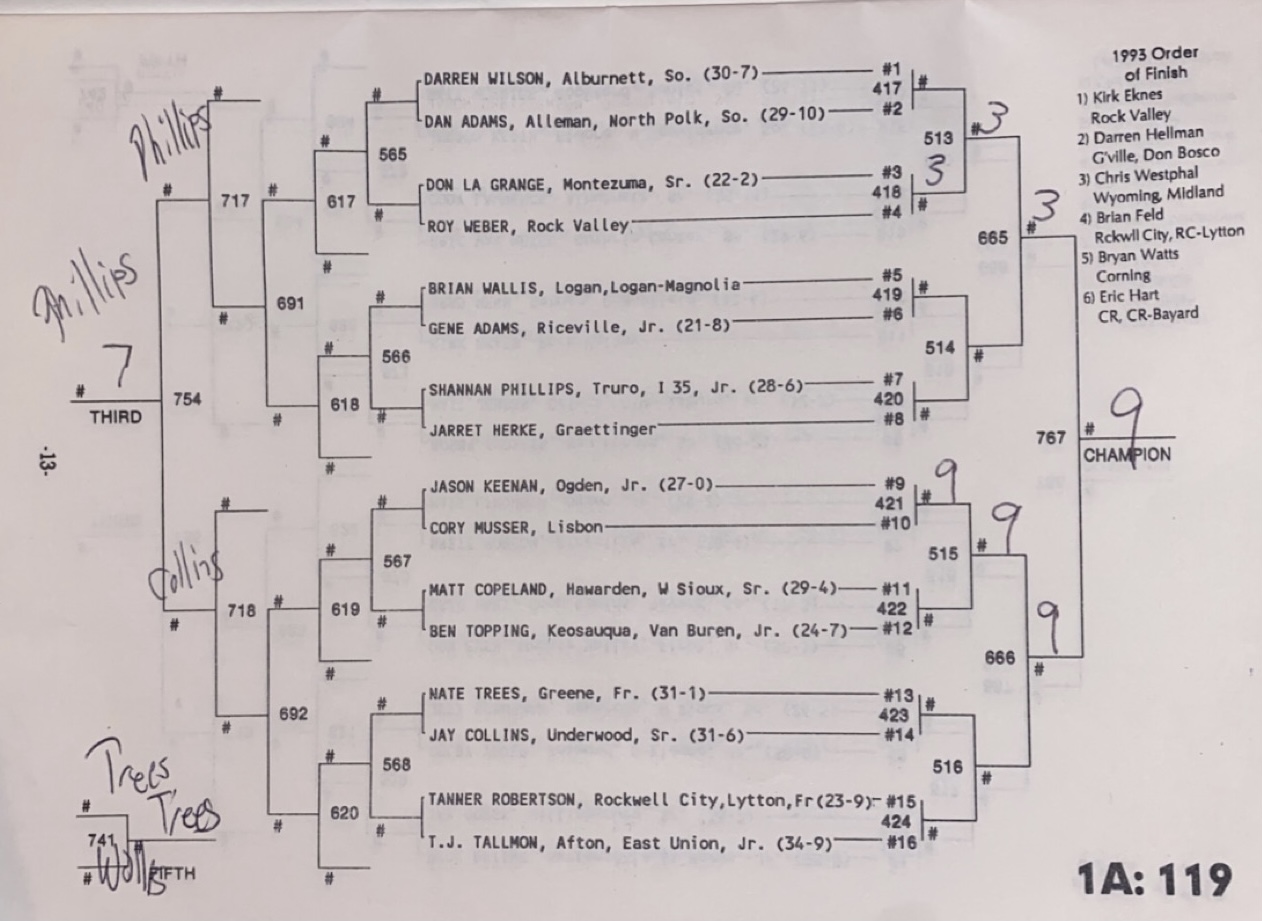 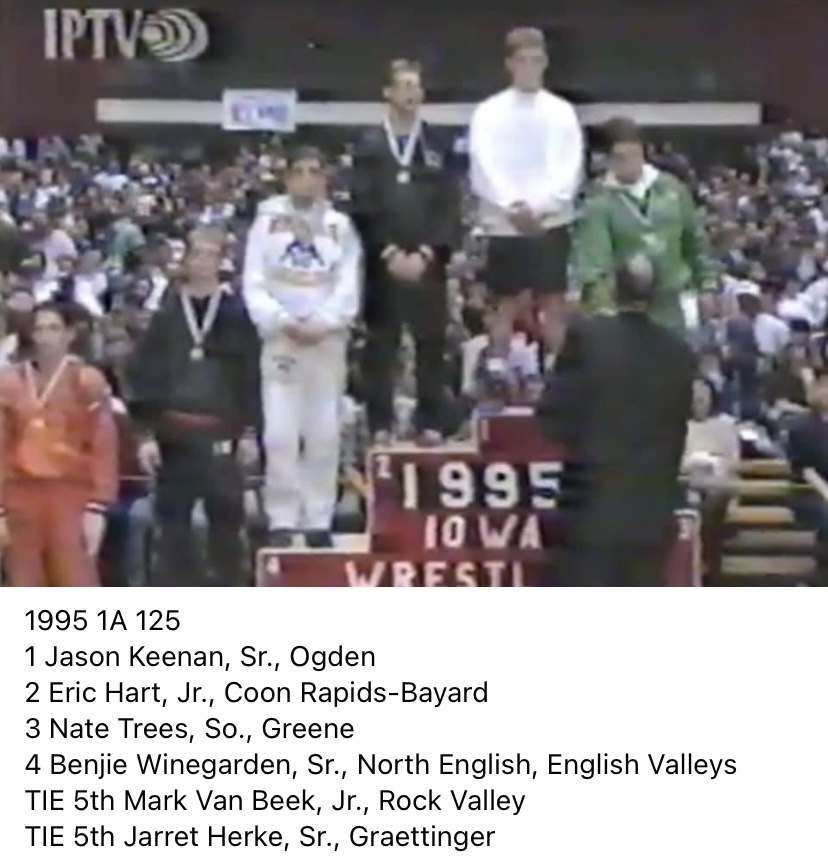 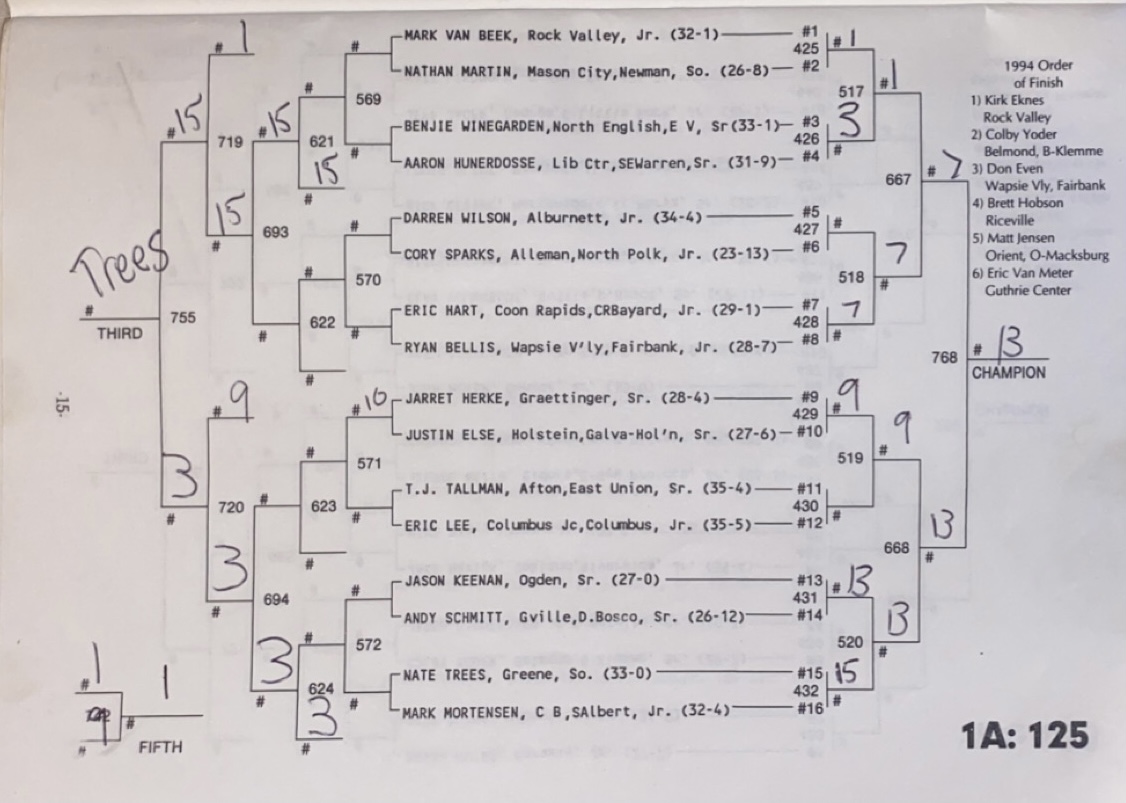 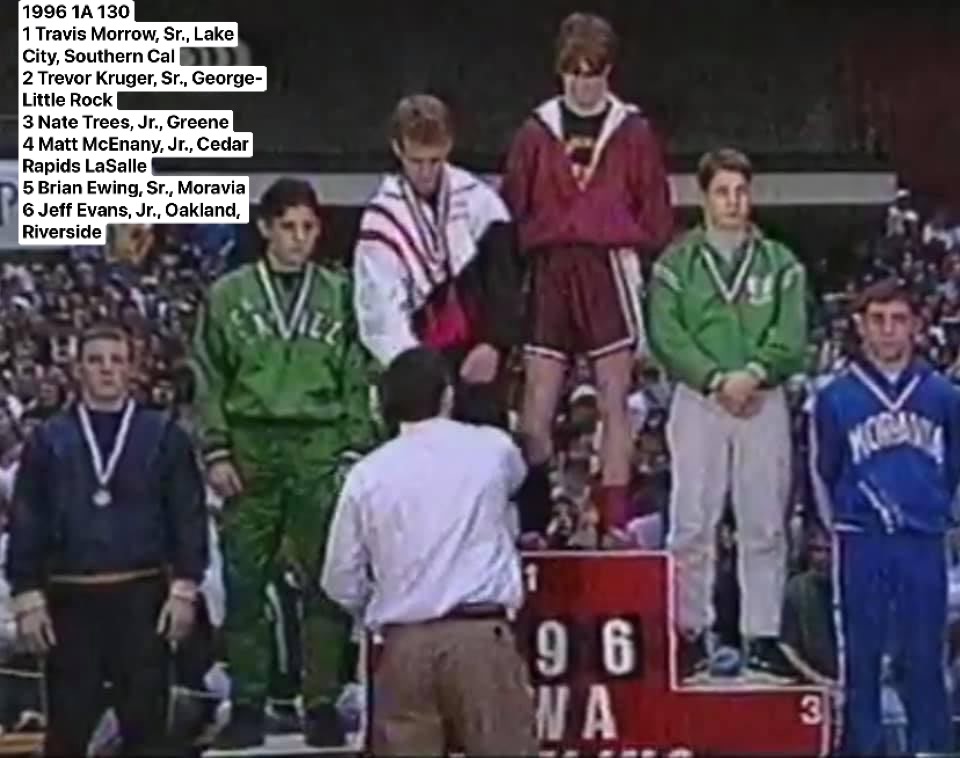 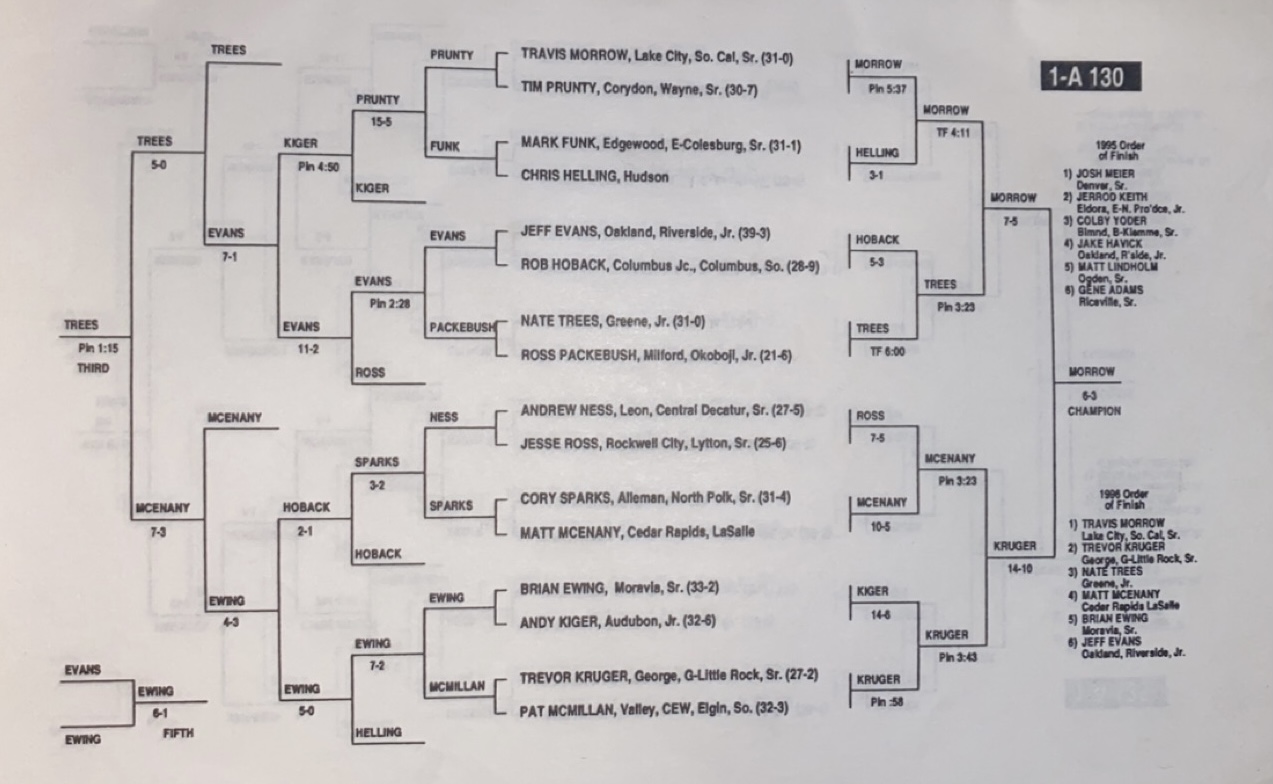 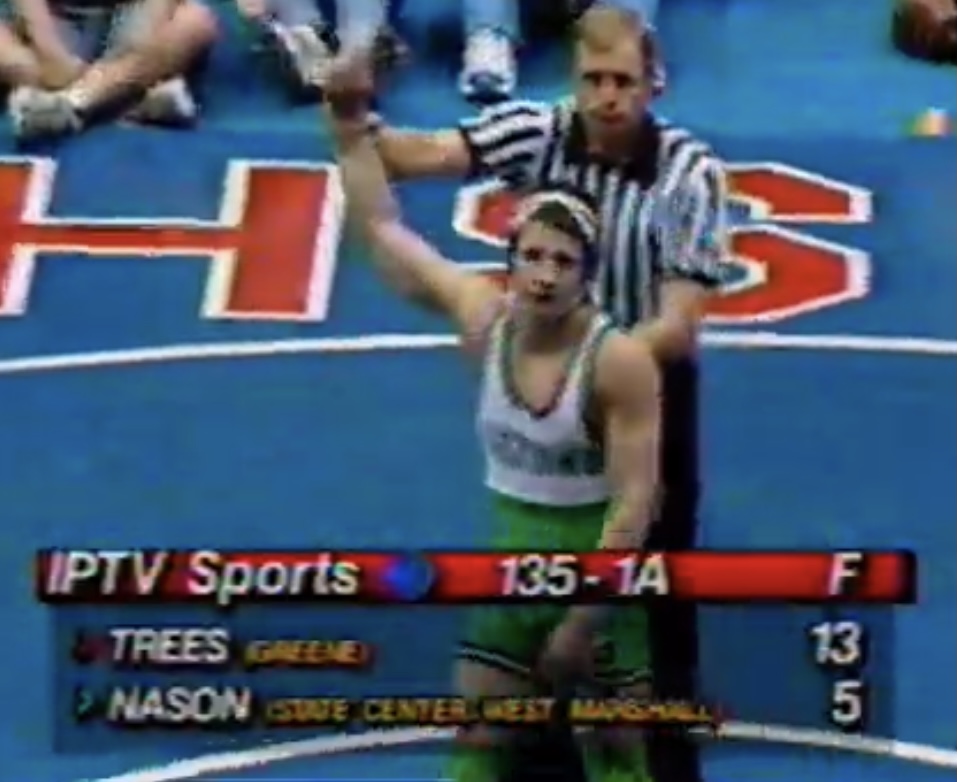 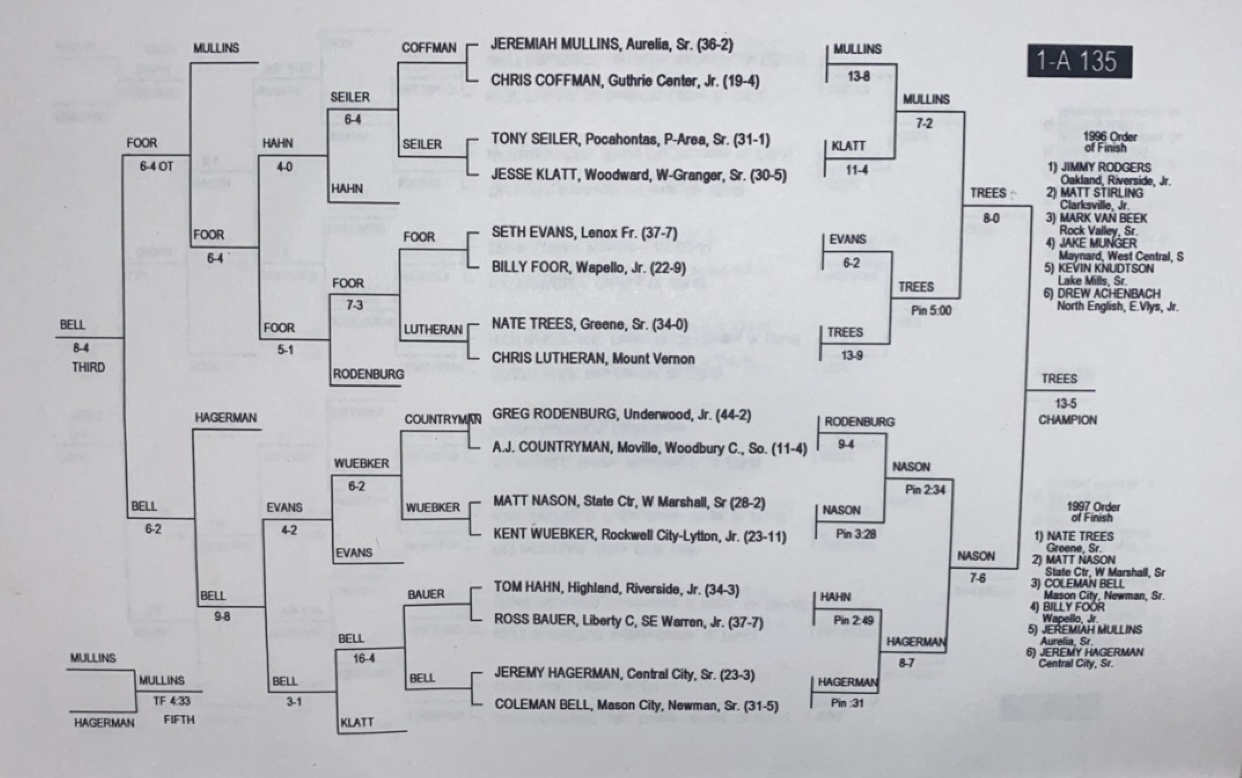 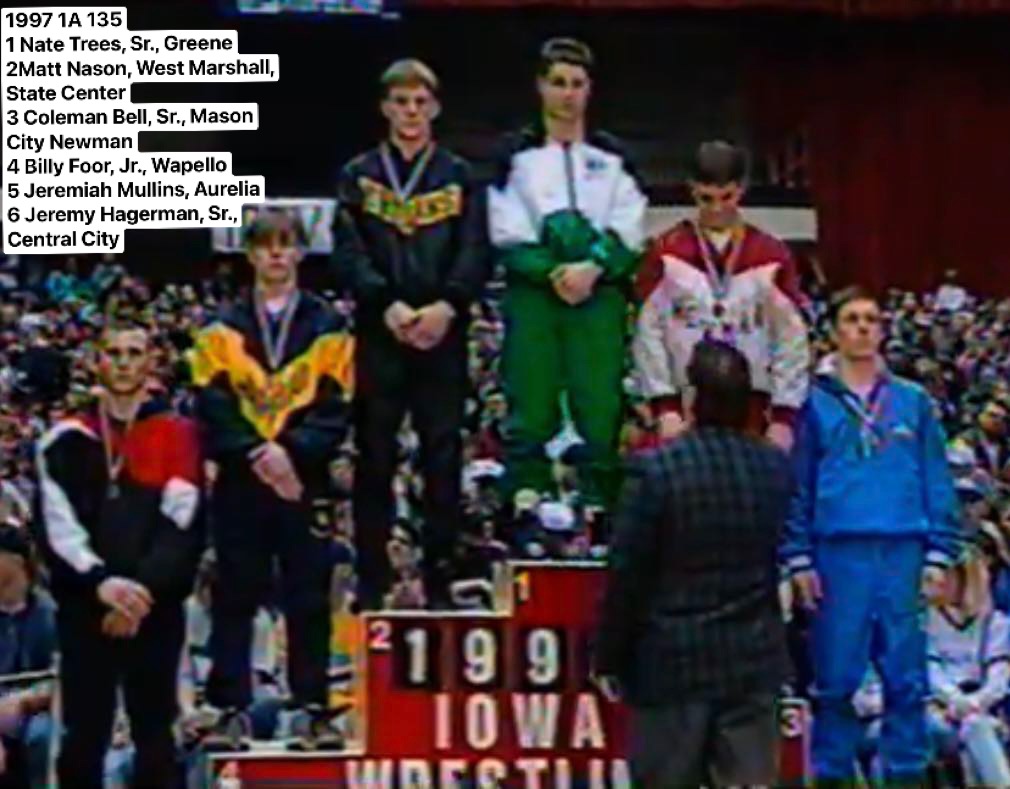 Pin Doctors does not yet monetize, for at this time it is funded via donation only. If you would like to contribute to The Pin Doctors, you can Venmo @thepindoctors or @ricowaff if that doesn’t work… Or if you want to donate via cash/check, our address is P.O. Box 298, Mediapolis, IA 52637…. I can’t even describe how much your contributions mean to me. Hopefully we can get some podcasts going or set up some events. THANK YOU.