One of the best wrestling fads that I’ve ever seen has been taking place in recent times. A lot of coaches, wrestlers, etc. are getting their school/Senior pictures in their wrestling attire. Wrestling coaches across the nation have been wearing their head gears while getting their school yearbook pictures taken, which is absolutely awesome, for not only is it funny, but it sheds light on the fun that wrestlers have… a little proof that we are not robots, as the non-wrestlers may call us when formulating their excuses to not try it out. I absolutely love it that coaches, wrestlers, etc. across the nation are doing this. Very fun stuff. 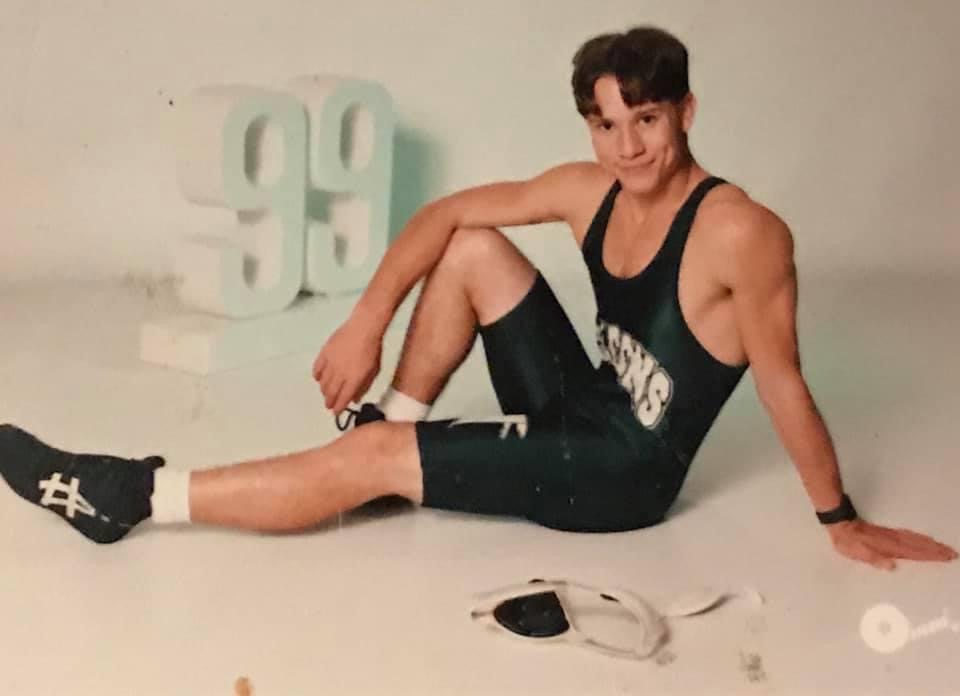 And with that said, I’d like to bring attention to a couple of the first wrestlers that I ever saw doing something like this. Chad Johnson ‘99 of West Burlington and Christopher Johnson ‘03 got their HS Senior pictures taken in their wrestling singlets. Both were in the same wrestling club as me growing up and were practice partners to my brother and I. Chad went out for wrestling as a 7th or 8th grader, but wasn’t able to go out for wrestling until his Senior year, for his HS didn’t have wrestling until that year. His parents, John and Debbie Johnson were very active contributors to the West Burlington school district and were the primary influences that got that program started in 1999 and they have produced some great wrestlers since. Even considering his limited experience, Chad did pretty well. He was a district qualifier and won some huge matches against some decent competition. He would have likely been a state placer or beyond if he had the opportunity to wrestle competitively in HS for more than 1 year… was strong as an ox. I know this firsthand, for I practiced with him a bit my Sophomore/his Senior year. He had some legit natural talent as all the Johnson siblings did. 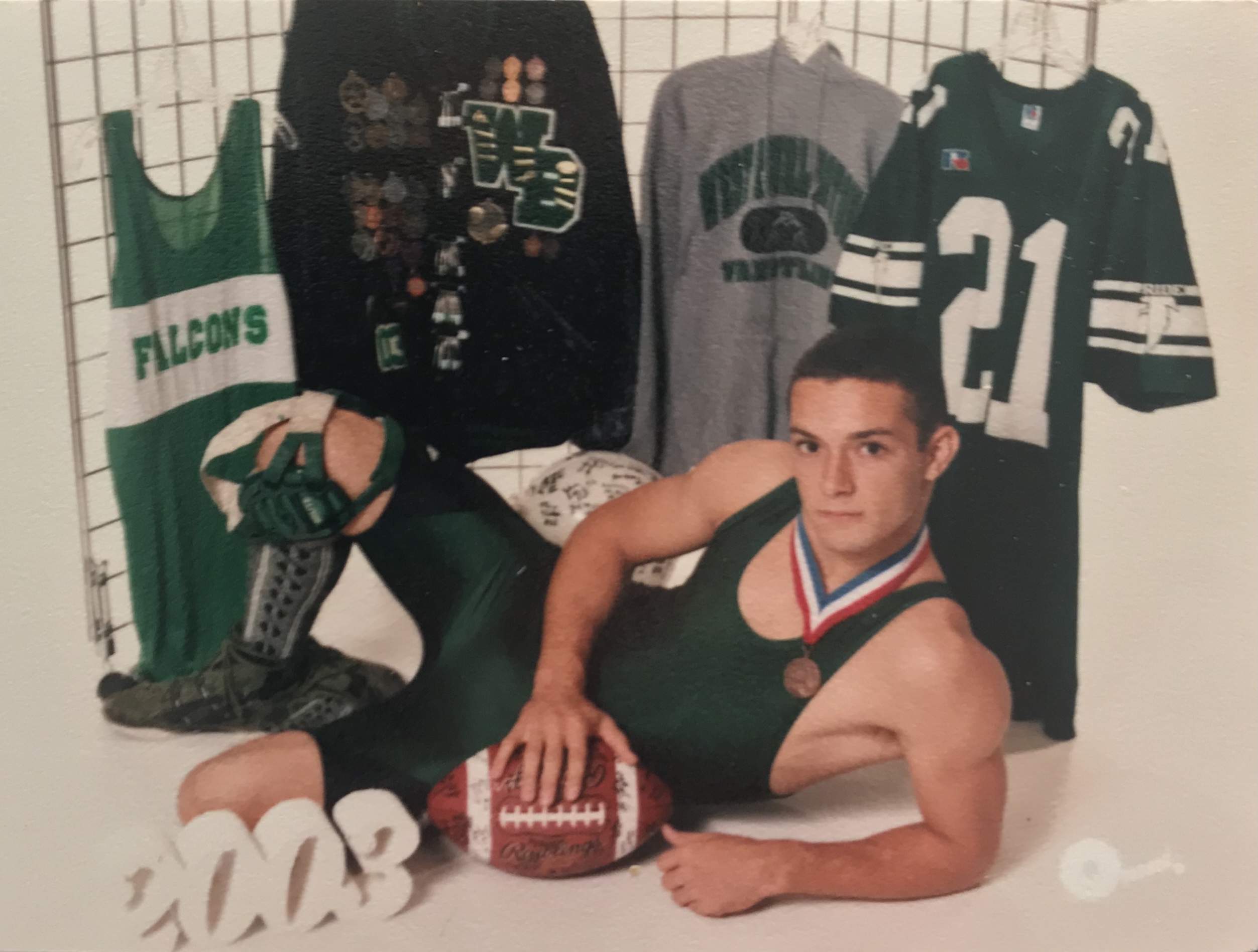 Christopher Johnson had a very interesting HS wrestling career in which he qualified for state 3 times and placed 3rd twice, yet won at least 3-4 National/World titles when he was in HS. I want to say he won AAU Nationals, Tulsa Nationals and Reno Worlds twice. And he would win brackets that were absolutely stacked with future D1 AA’s and champions… Brackets in which guys who placed ahead of him at state would be in these brackets and would get beaten out. There are a few guys who had similar results… Corey Kalina from Belle Plaine was a 3X placer/2X runner-up and Tulsa National champion. Aaron Drain from Mepo was a 4X state qualifier/1X placer who won AAU Nationals twice… I’m sure there are several more examples. My explanation for why these guys won Nationals, but not state (at least for Johnson and Drain who I watched firsthand) was that some guys just peak a little later. Christopher was on top of his game in the months of March and April… when the National tournaments take place… The State Tourney takes place in February. Christopher Johnson and Aaron Drain would have majored the February versions of themselves every year in HS. They just peaked later… simple as that.

Chad and Christopher had two sisters, Cathy and Cindy who also wrestled. Cathy did well considering she only wrestled for one year. Cindy wrestled from youth all the way through HS and was, to this day, one of the best female wrestlers who has ever gone through the state of Iowa.

The Johnson family is one of the best wrestling families I have ever met in 3 decades of being in the wrestling scene. Great people who would do anything, for anyone…teammates and opponents alike. We were blessed to have them as part of our wrestling club. In fact, when I first started posting videos on this site way back around the time I started The Pin Doctors, 90% of it came from them. They filmed everything for every wrestler who was in our club and digitally transferred all of it, and that’s not including the IPTV HS State Finals videos that they recorded and let me use for this page. To all of you who watched your state finals matches for the first time from 1999-2003, you have the Johnson’s to thank for that. That’s who I got the videos from.

Much respect to these two! The wrestling singlet pictures are CLASSIC, IMO!