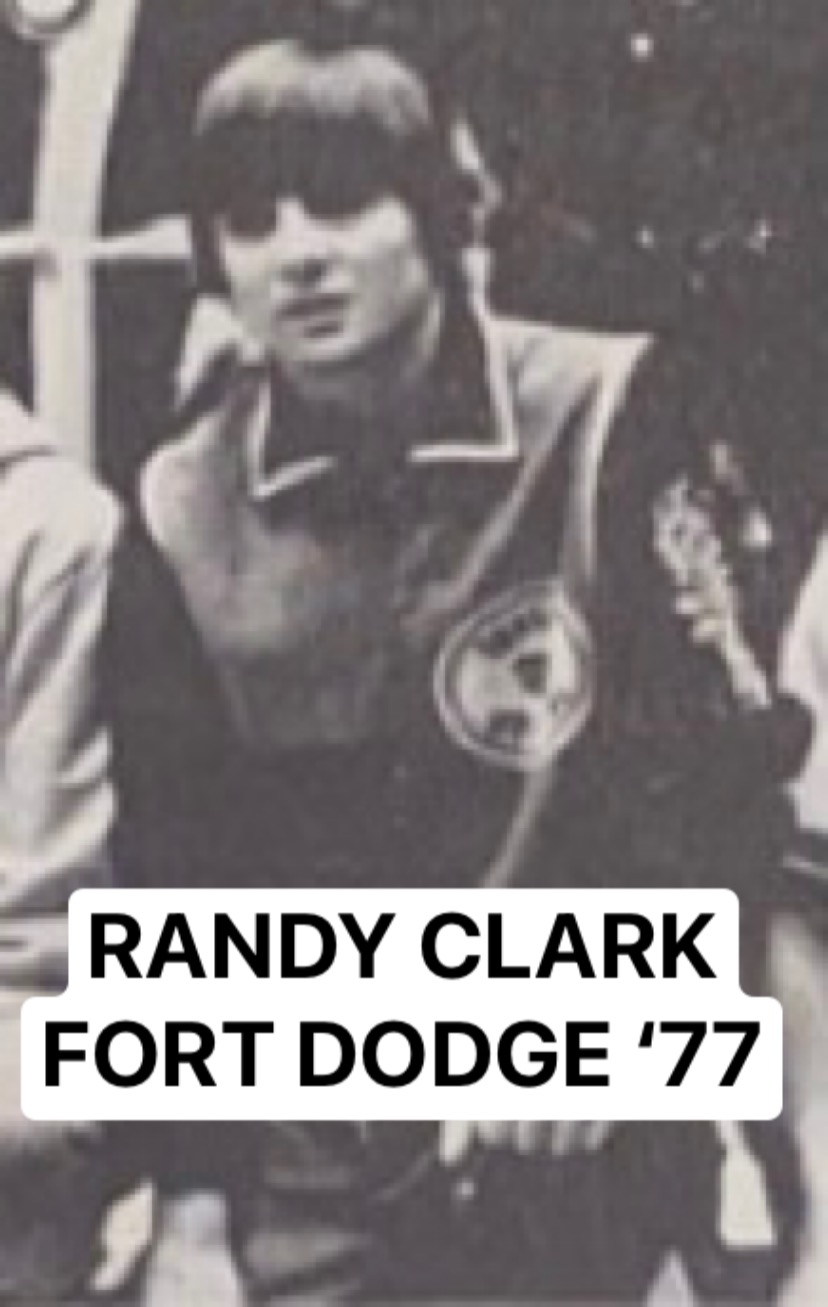 Randy came into the 1975 state wrestling tournament as a Sophomore at 3A 98 with a 16-10 record and won his first match over Ben Linda from CR Kennedy, was defeated by Jim Stoyanoff from Waterloo West in the quarterfinals, then in the blood round, he defeated Bob Murtaugh of Harlan to advance to the 5th and 6th place round where he was defeated by Dave Shunkwiler of Mason City. Randy placed 6th at state in his first of 3 showings at state wrestling. 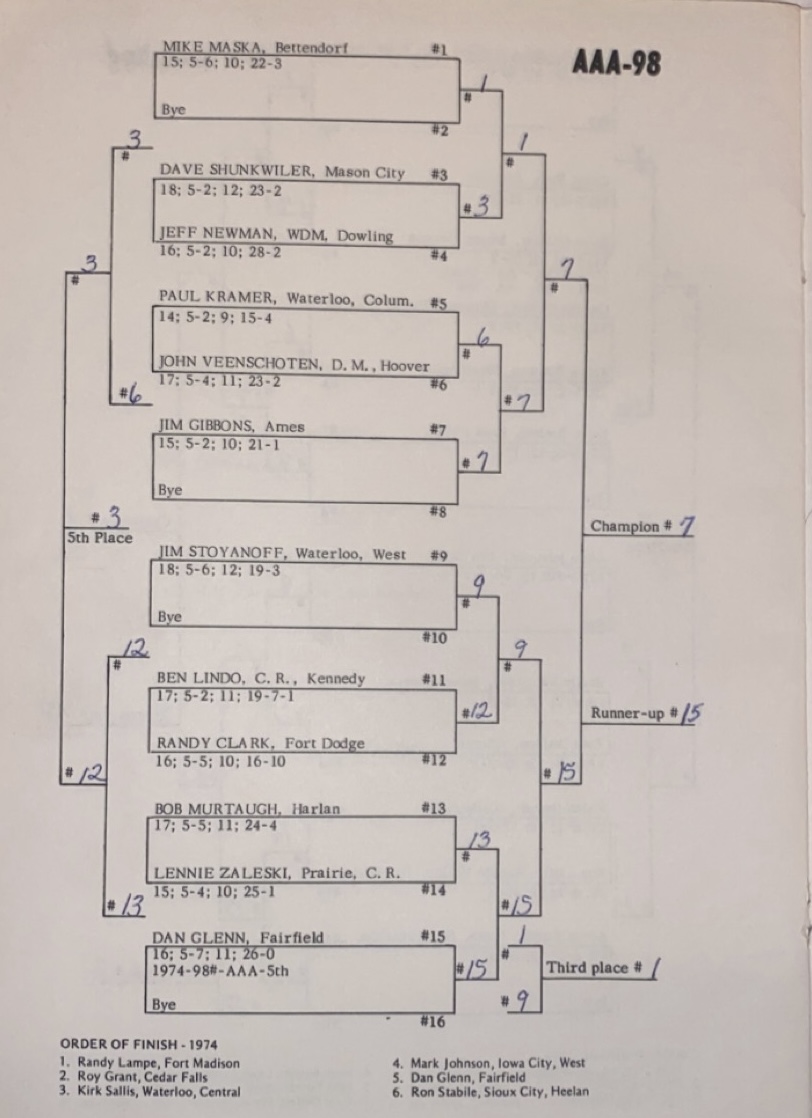 As a Junior, he qualified at 3A 98 again and won 2 solid matches to make the semis where he was stopped by Chuck Jerkovich of CB Thomas Jefferson in the semis. Jerkovich would go on to get 2nd place to Tim Gibbons that year, but would win 3A 98 the following year. Anyways, Randy bounced back and won the rest of his matches to place 3rd. 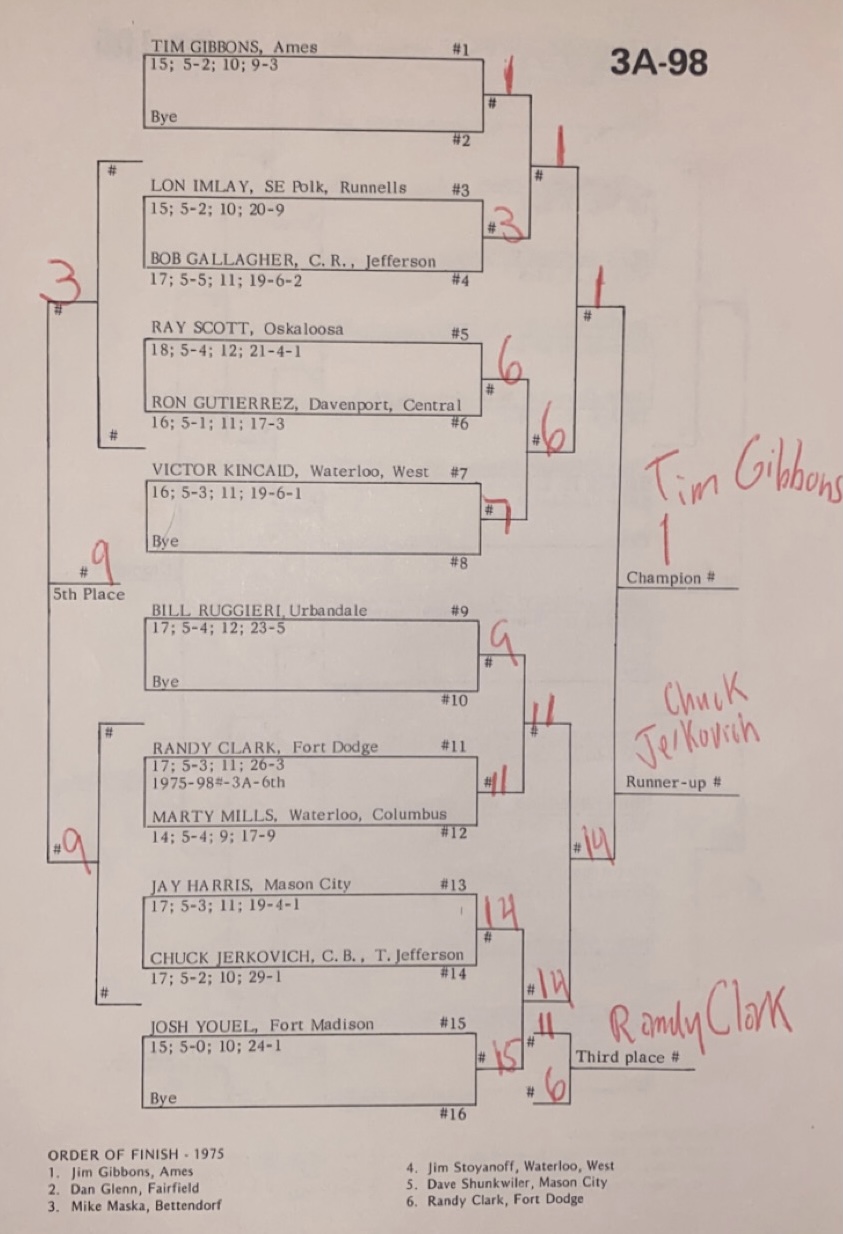 As a Senior in 1977, Randy continued building from where he was the previous year and climbed up another two steps to the number 1 spot on the podium. He was at 3A 105 and finished his season as an undefeated state champ with a 30-0 record. He defeated Victor Kincaid of Waterloo West in the finals. One thing that sticks out in this bracket is that future HOF wrestler, Barry Davis from Cedar Rapids Prairie was in this bracket as a Freshman and was eliminated. Barry went on to become successful at every level of wrestling (state, National, world) and is considered one of the greatest Hawkeyes of all-time as well as a very decorated coach. Barry was beaten first round by Victor Kincaid, the guy Clark beat in the finals. 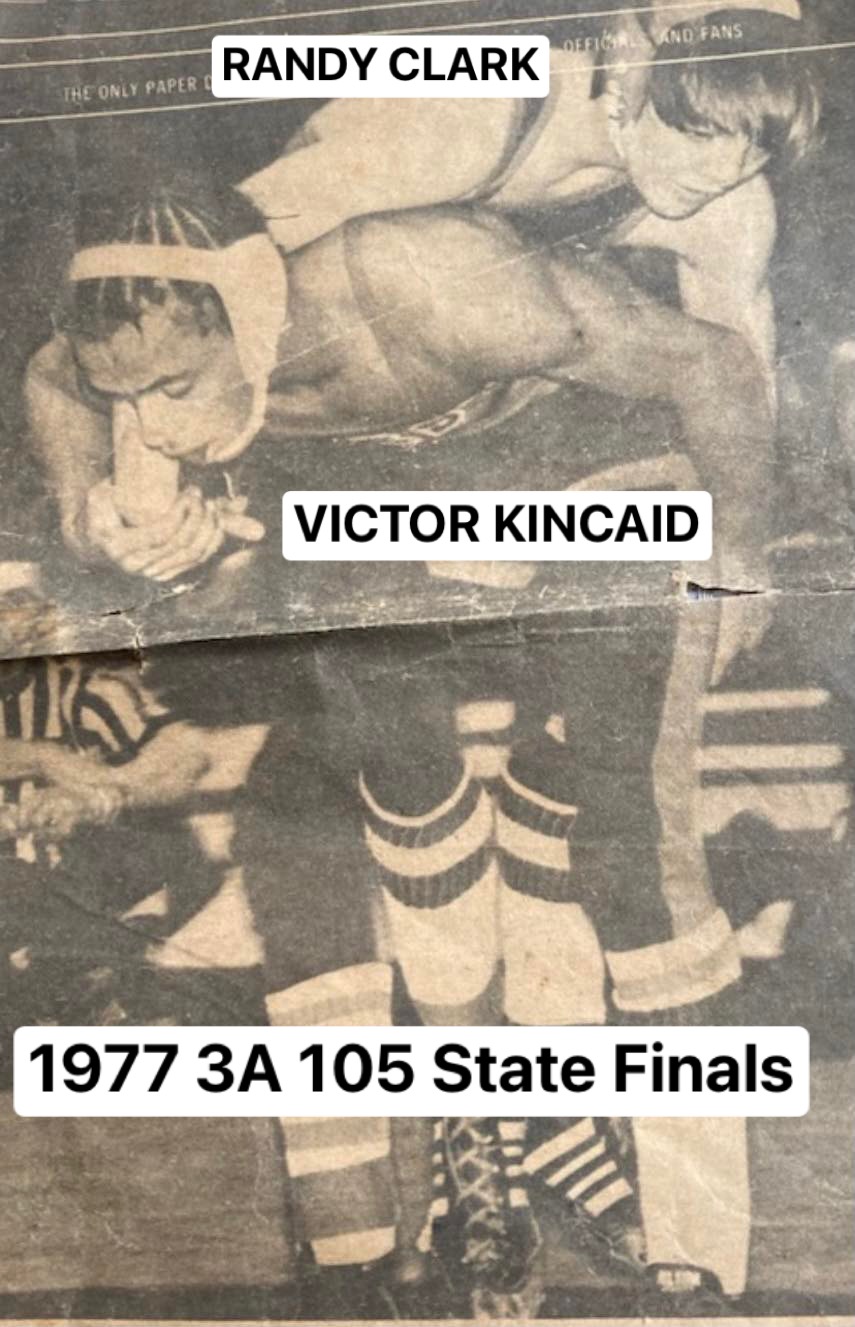 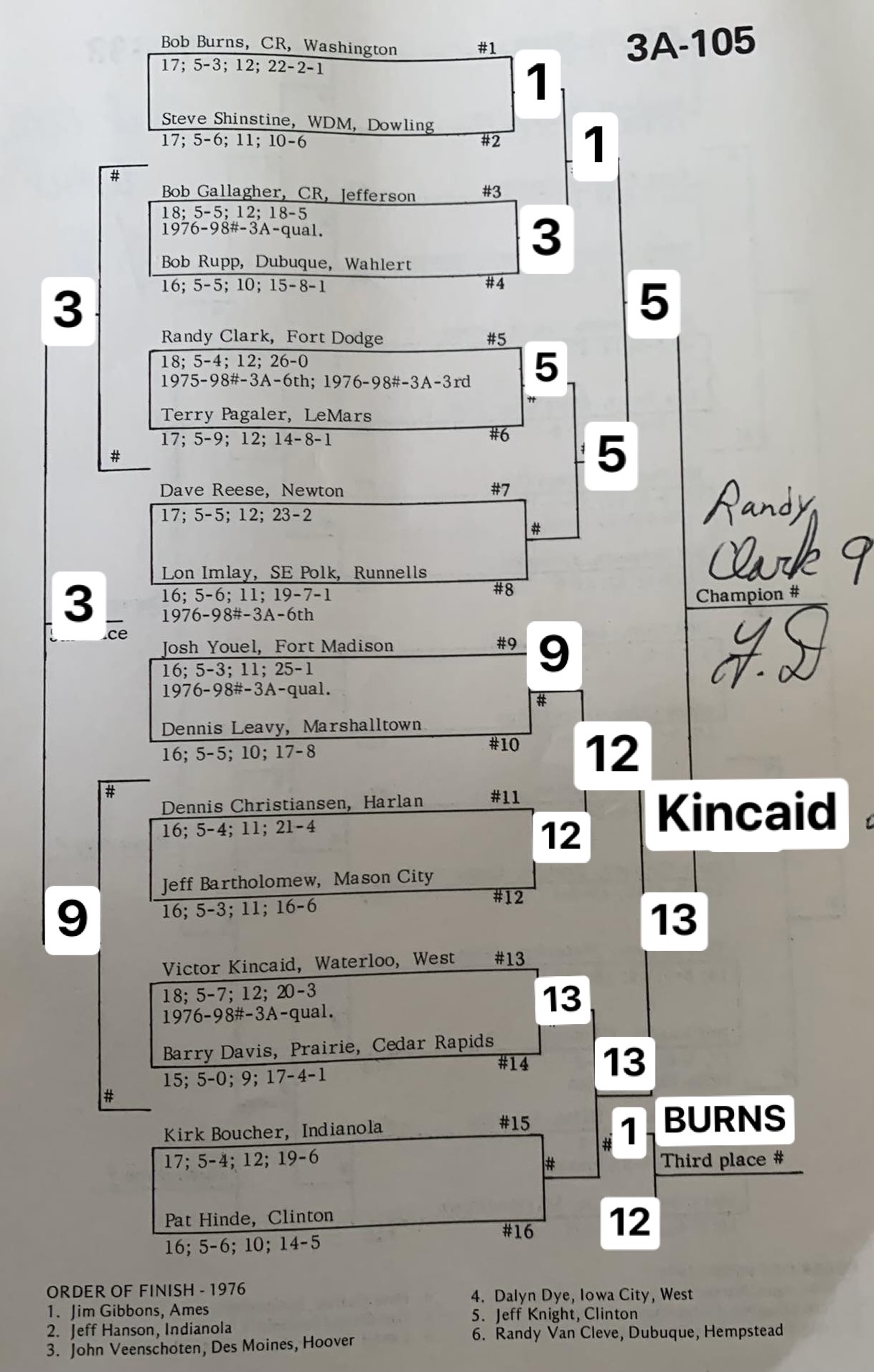 Randy Clark… a TOUGH dude who fits in very nicely with the rest of the tough dudes to come out of Fort Dodge HS. 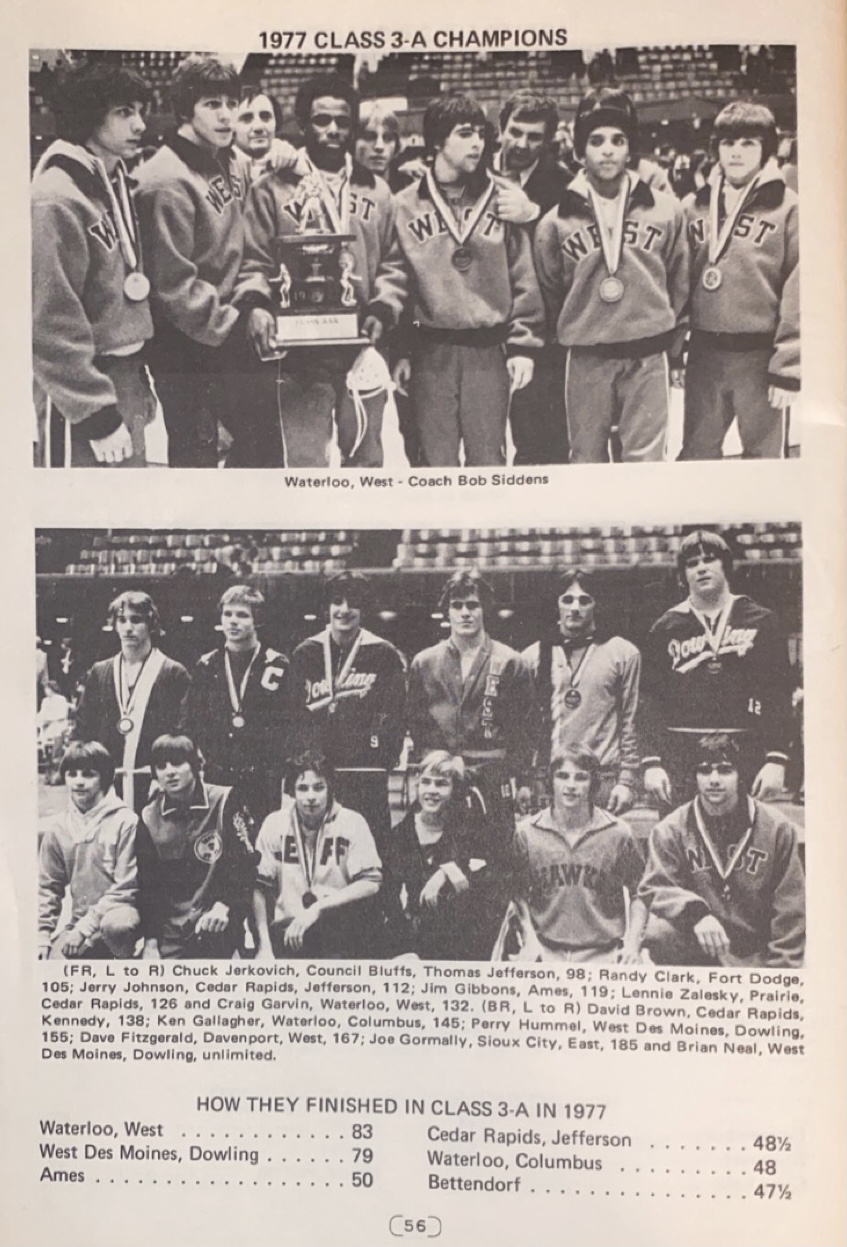