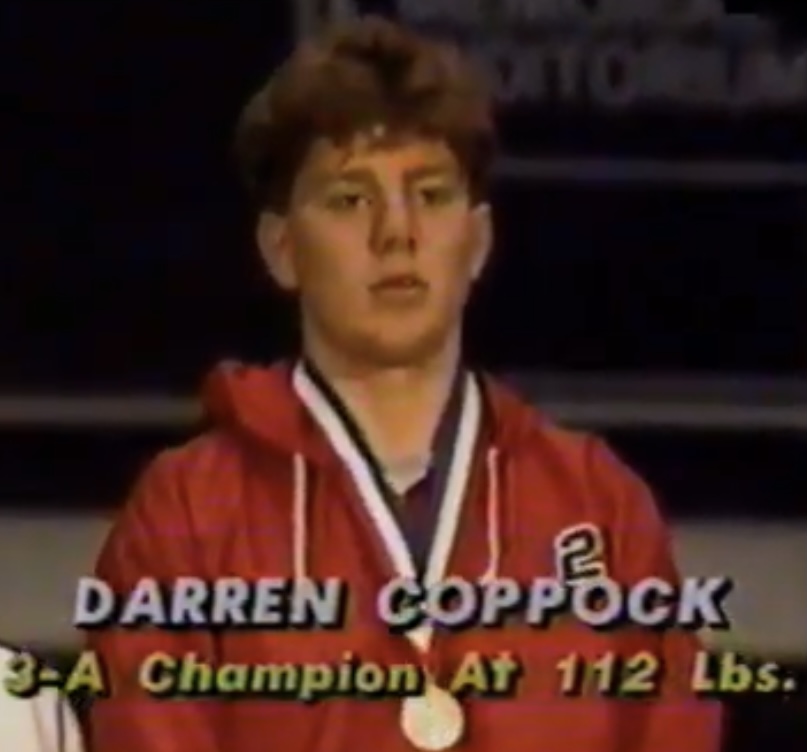 In 1990, Darren Coppock of Council Bluffs Abraham Lincoln strolled into state wrestling as a Sophomore at 3A 103 with a nice record of 33-1-1. He made it to the semifinals where he was stopped by Jeff McGinness of IC High. No biggie, that happened to 100% of the wrestlers Jeff McGinness faced in HS, for he was a 4X undefeated state champion and national champion for the Hawkeyes. Coppock bounced back and placed 3rd. And from there he never lost another match again. 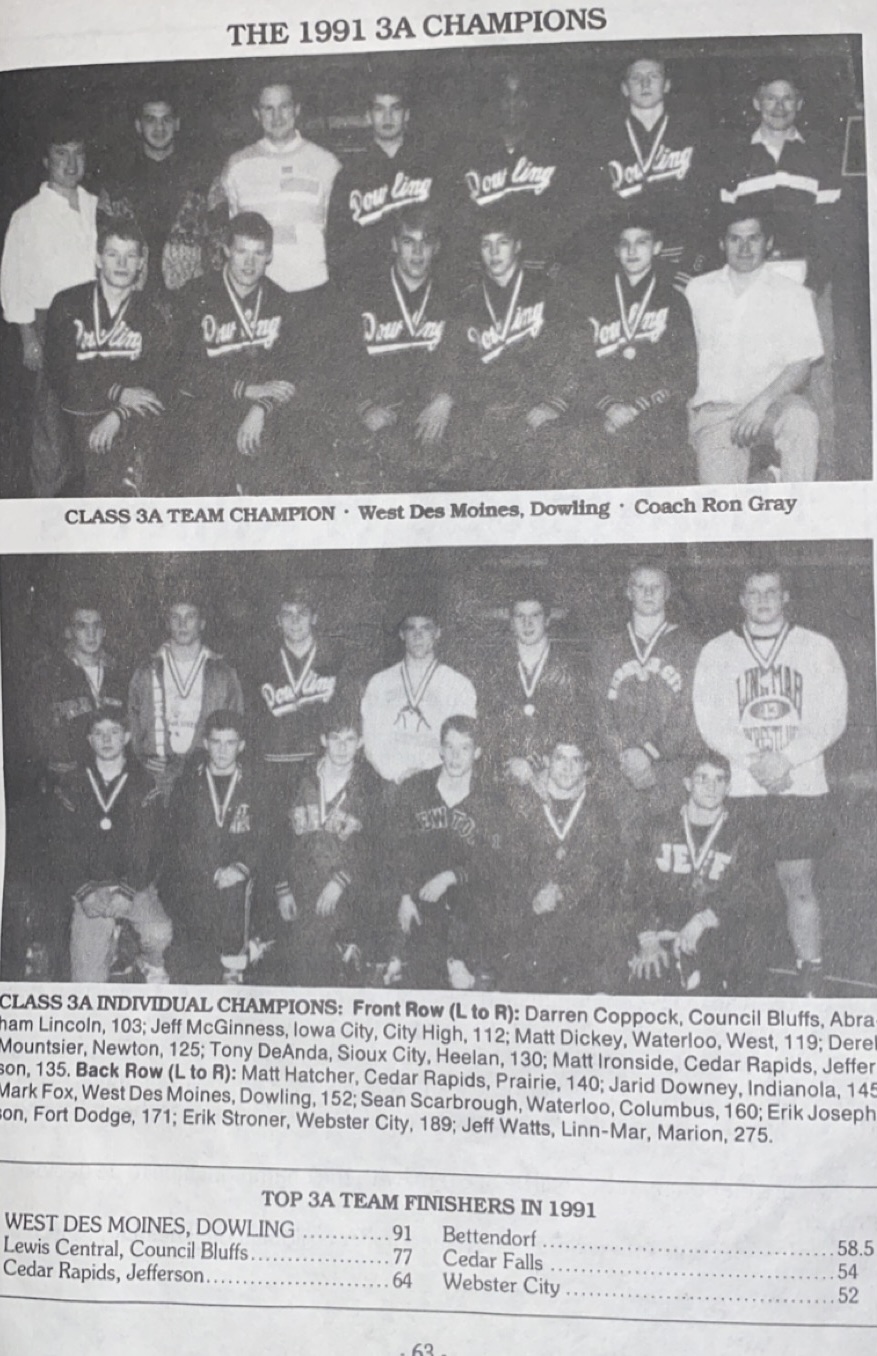 As a Junior at 3A 103, Coppock came in with a record of 32-0 and won a bracket that had AT LEAST 2 other state champions in it, including Eric Keller (Indianola) and Jeff Bellows (Lewis Central). He defeated Jeff Bellows in the finals by a score of 9-5 and became CB Abe Lincoln’s 4th ever state wrestling champion and their first to do it since Tim Taylor did it in 1970. 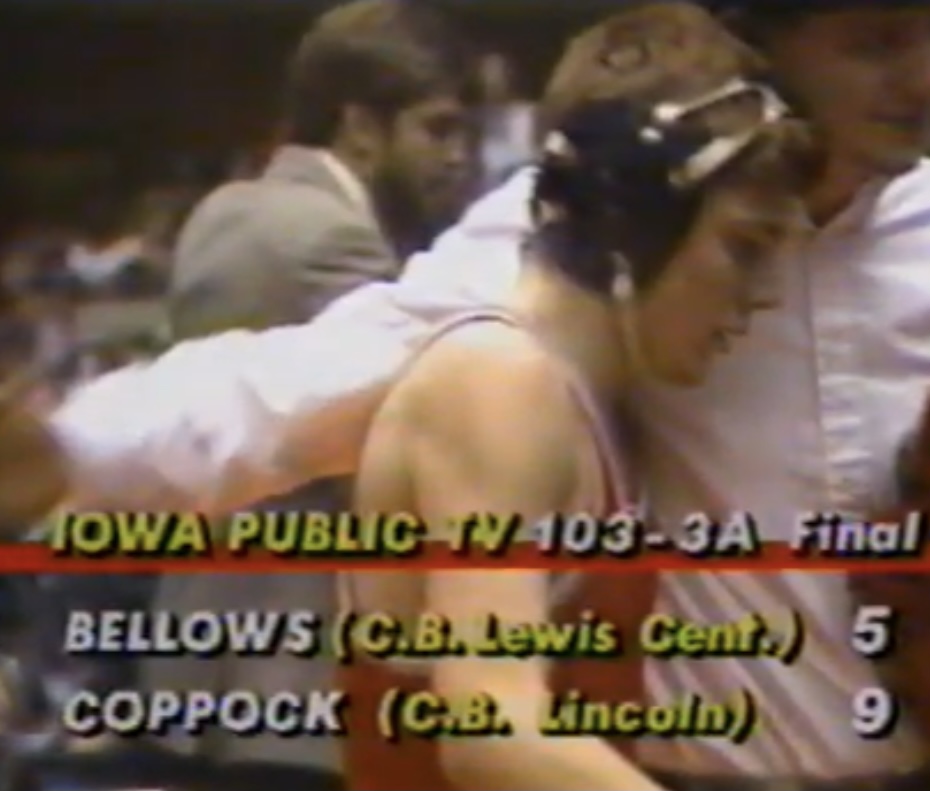 As a Senior at 3A 112, Coppock came in with a spotless 36-0 record and won yet another deep bracket, this one included future state champions, Jeff Bellows (Lewis Central) and Freshman Wil Kelly (Wahlert) who would go on to win 3 championships of his own the following years. This made Coppock the first and only 2X state champion in program history for CB Abraham Lincoln. 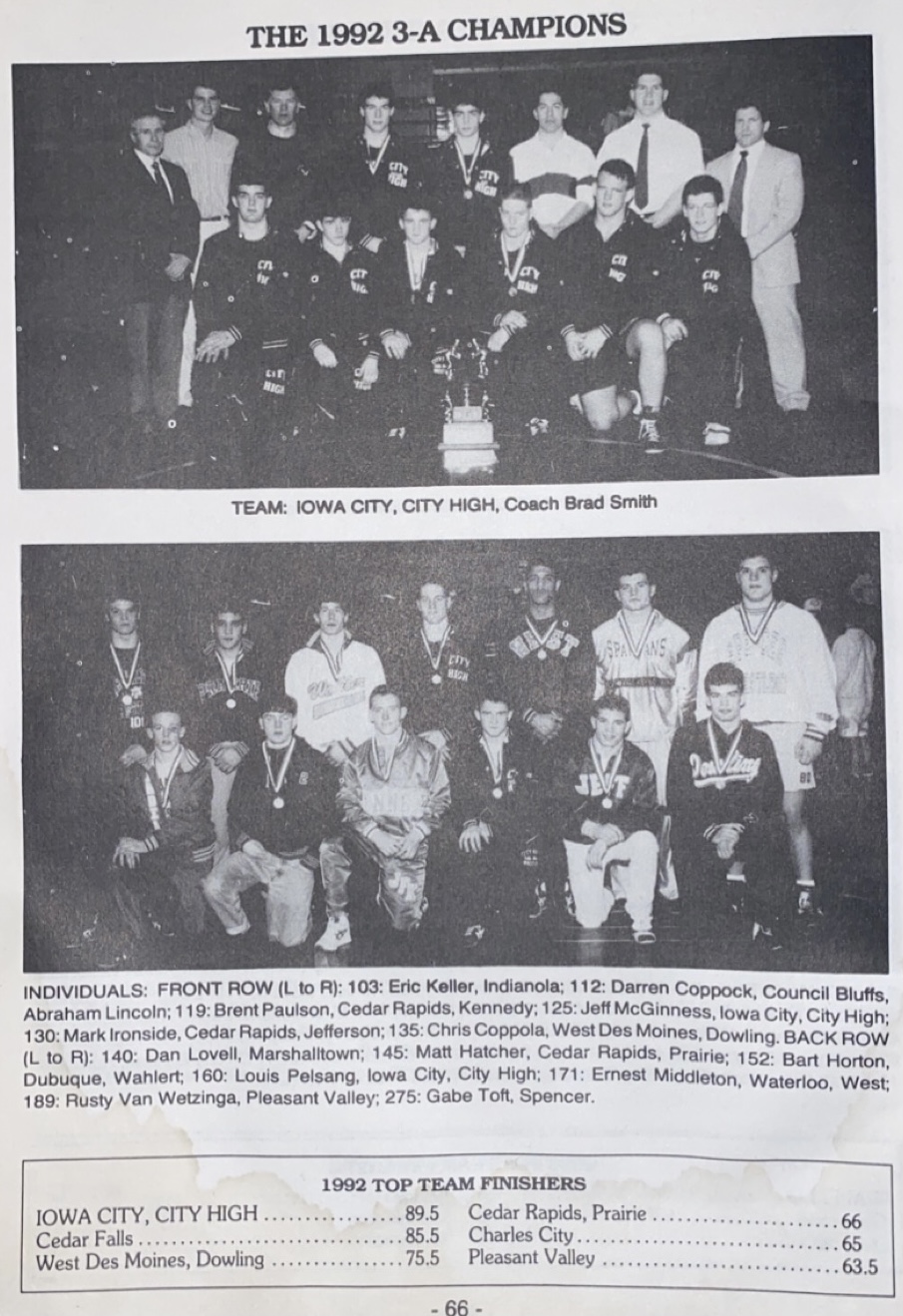 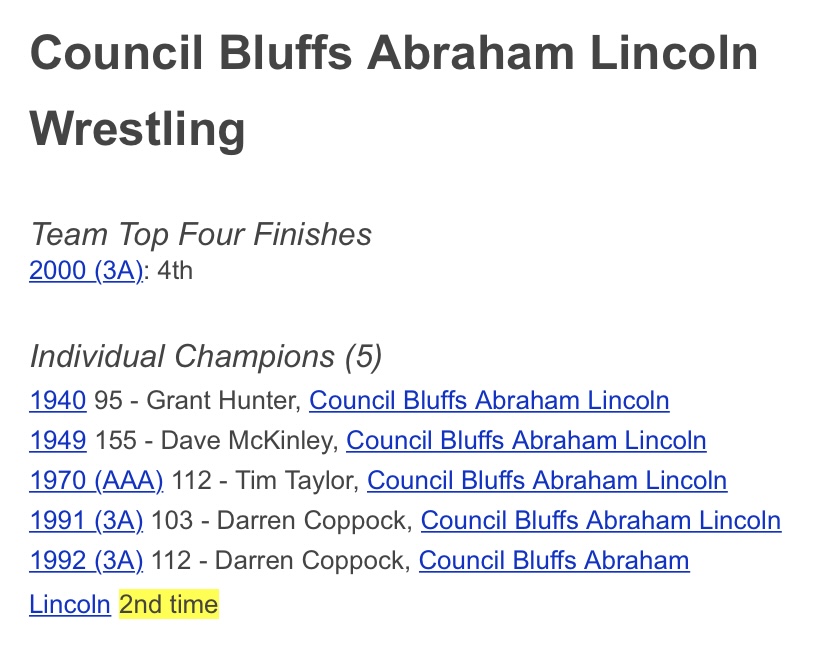 If Coppock had not been faced with generational talent, Jeff McGinness in the semis as a Freshman, who knows… he could have won 3 titles!?! 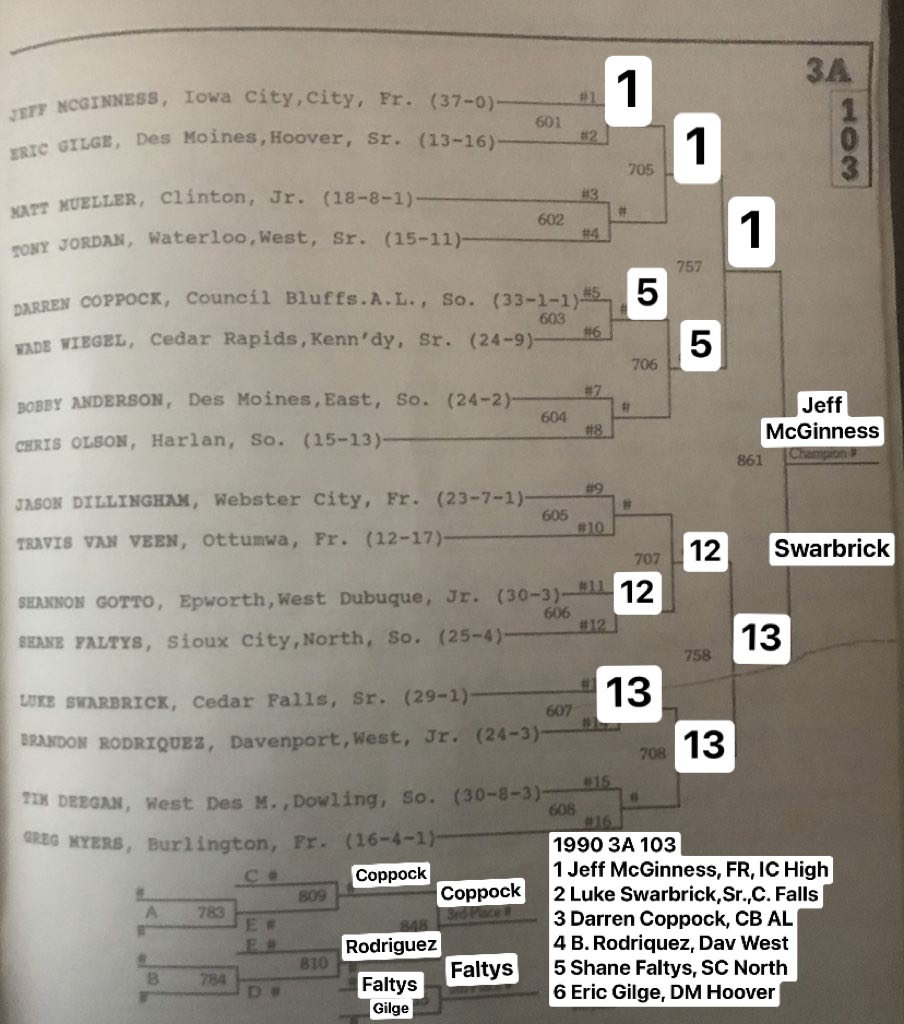 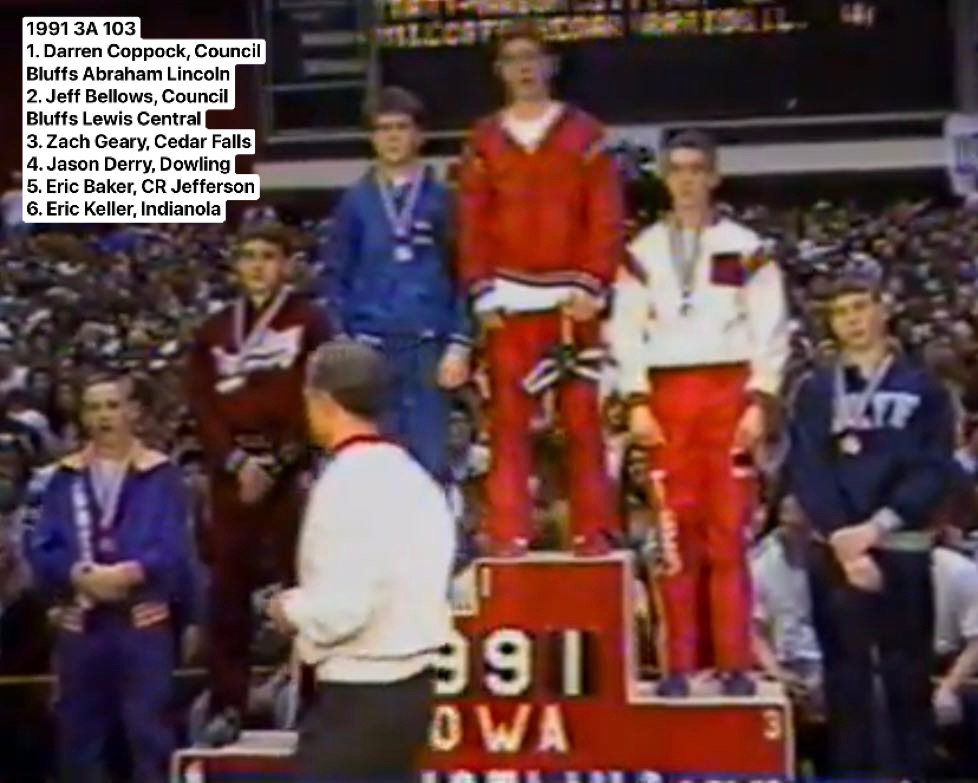 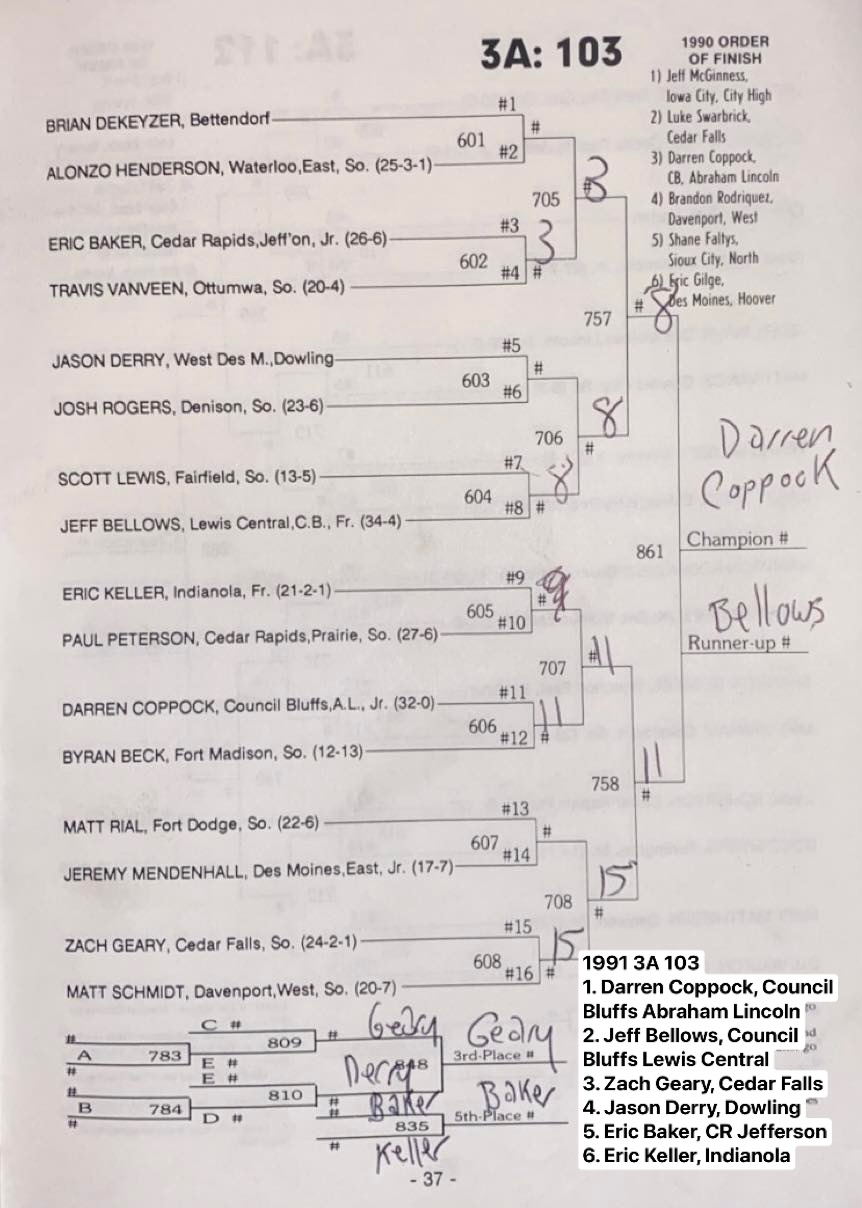 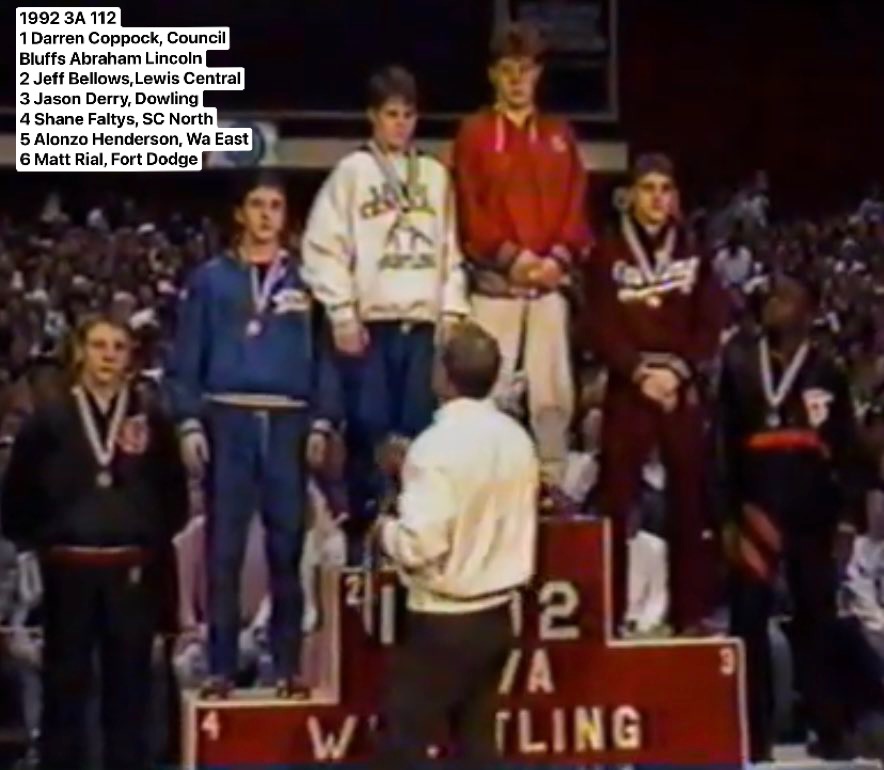 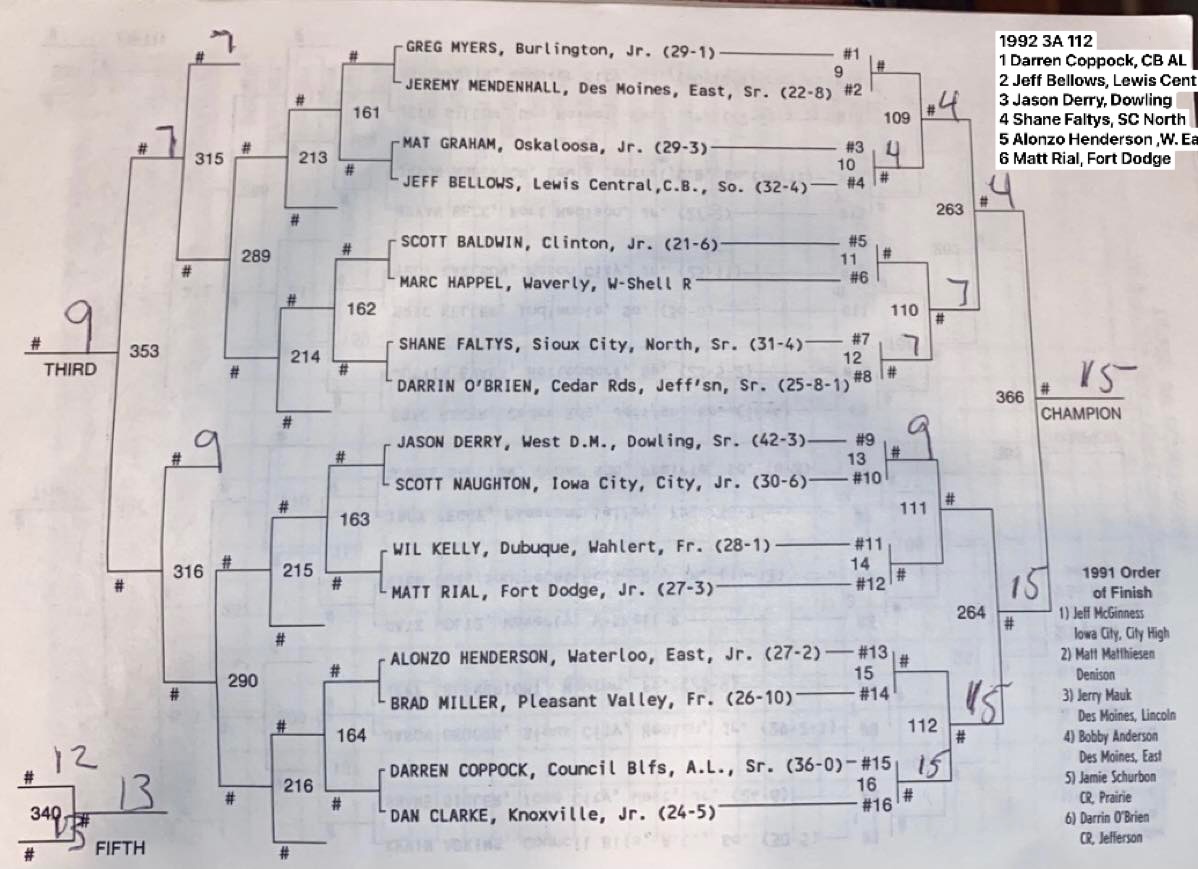