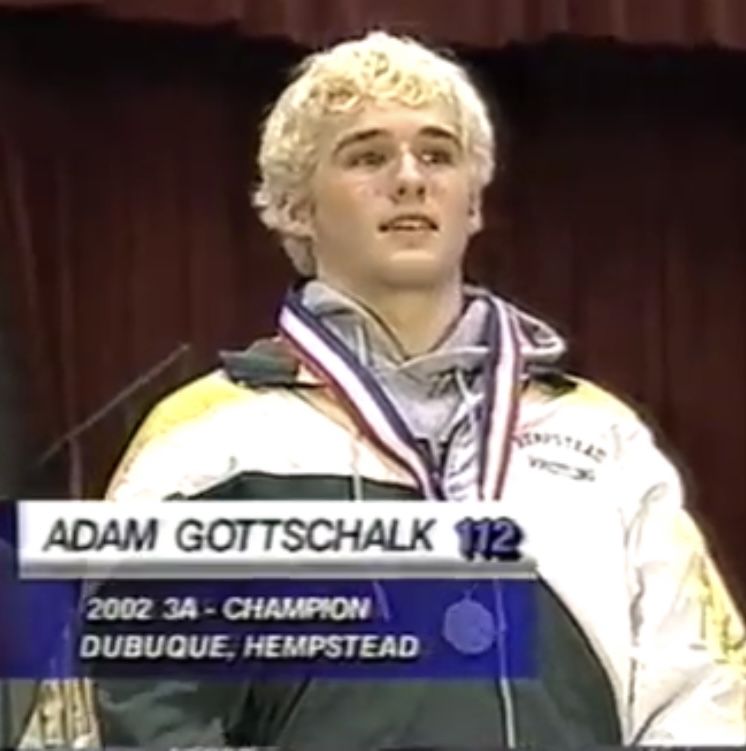 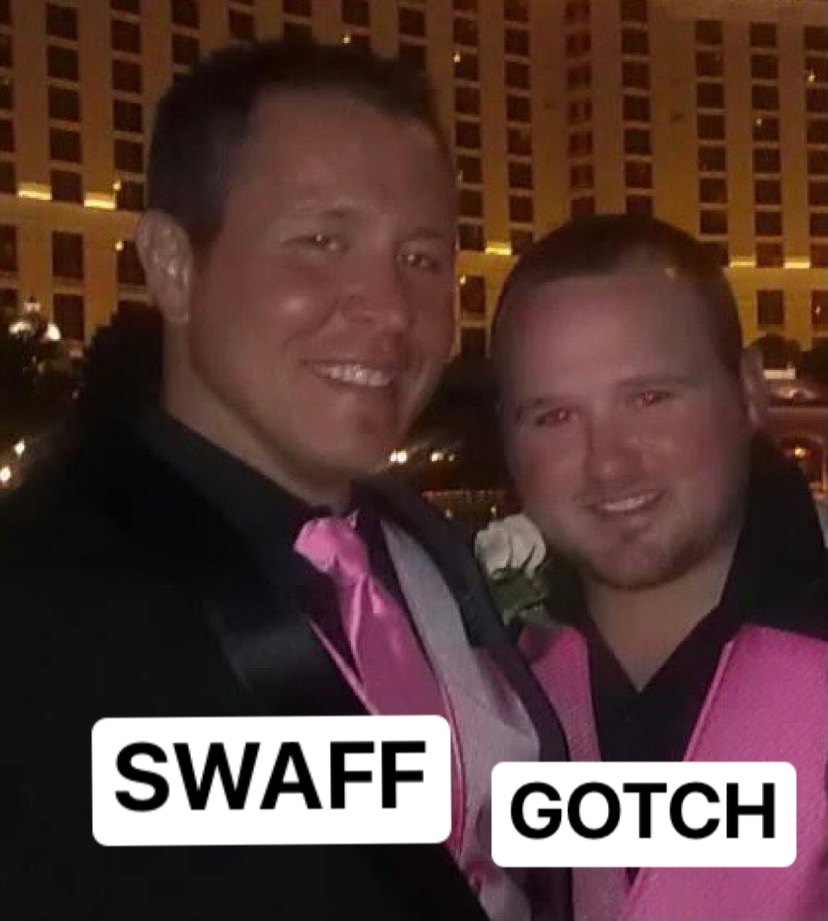 Adam and I were more or less inseparable for a few years in college, to the point where a lot of people referred to him as my “mini-me.” We had some crazy, silly, utterly ridiculous, but always fun times in our day… that’s when we weren’t fighting with each other over something stupid like a couple of sisters.  And a lot of you guys think I am a wrestling Encyclopedia…heck, I have NOTHING on Gotch. I don’t think there is a match he has ever wrestled, witnessed or read about that he can’t recall vividly. He’s the same way about Major League Baseball. A very smart dude. The difference between Gotch and I is that he doesn’t really like to write like I do. 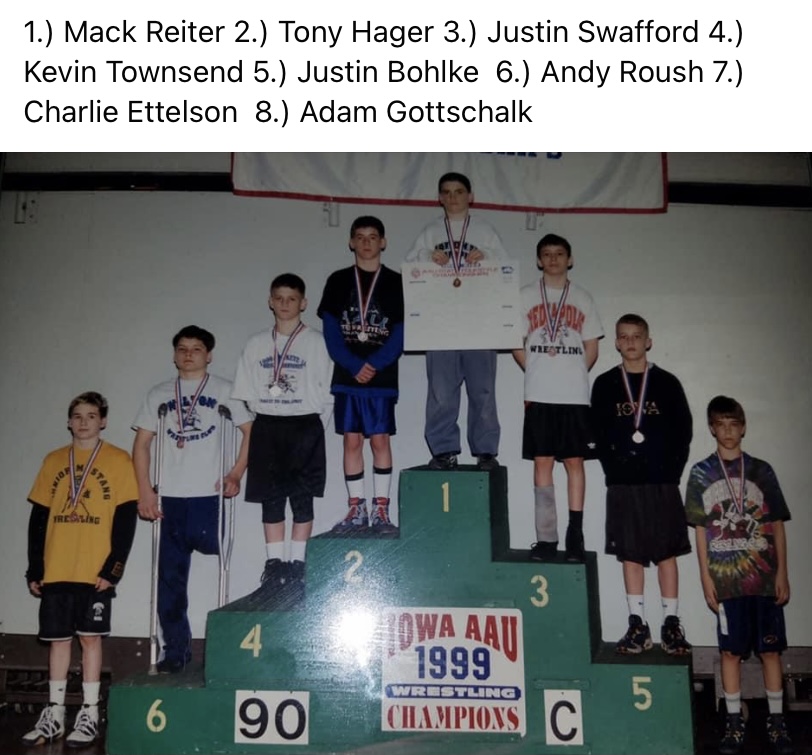 I actually became aware of Adam for the first time ever when he was in my brother, Justin’s bracket at districts and state. He would stand there before his matches looking straight ahead and would have one of those corporate eyebrows going. You know when one eyebrow rests and the other is raised? It was kind of intimidating in a way. 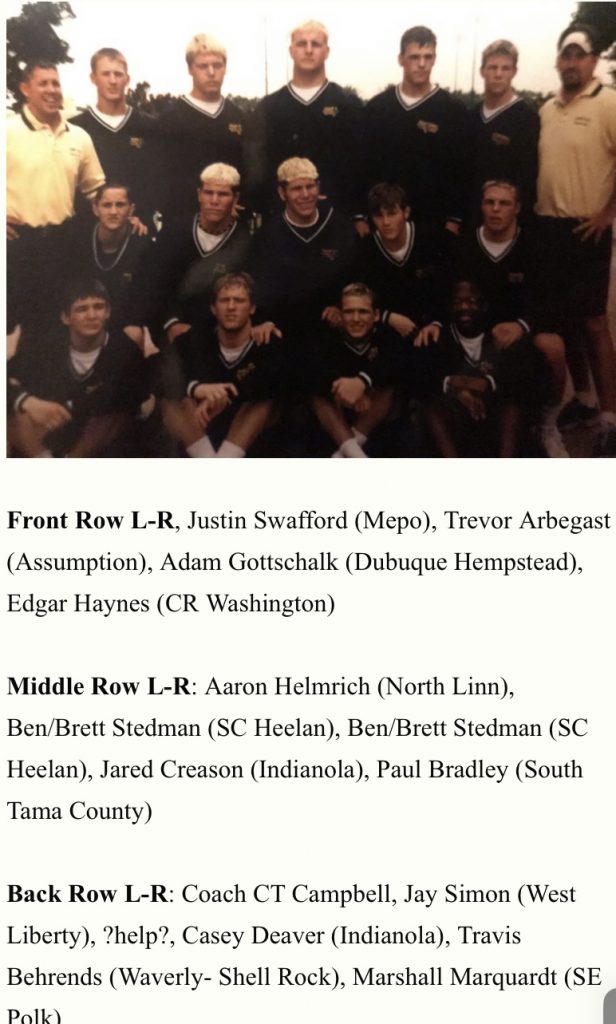 He and my brother actually became friends before he and I did, for they hung out while going to the Disney Duals and Fargo together… so that’s how I knew him already when I arrived at Loras. 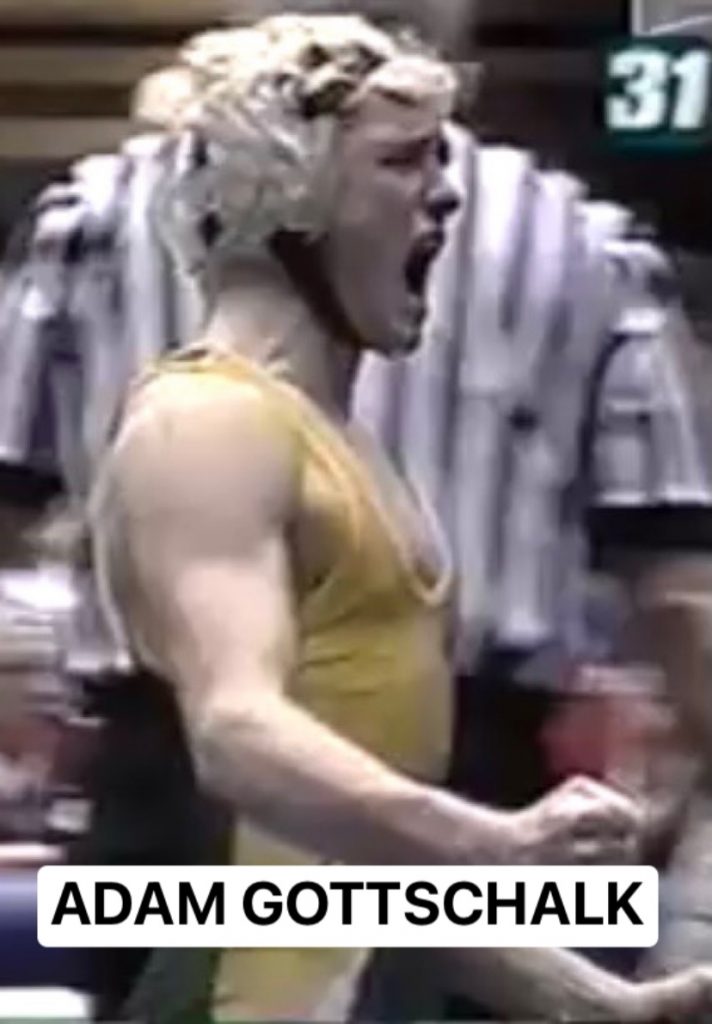 Adam was a 3X placer/1X State Champion in HS. He placed 4th as a Sophomore, 1st as a Junior and 3rd as a Senior. He was always competing with guys like Jake Halvorsen from IC West, Joe Slaton of Kennedy, Mitch Mueller of Kennedy, etc. Most of those guys went back and forth with each other and all of them won at least one state title. 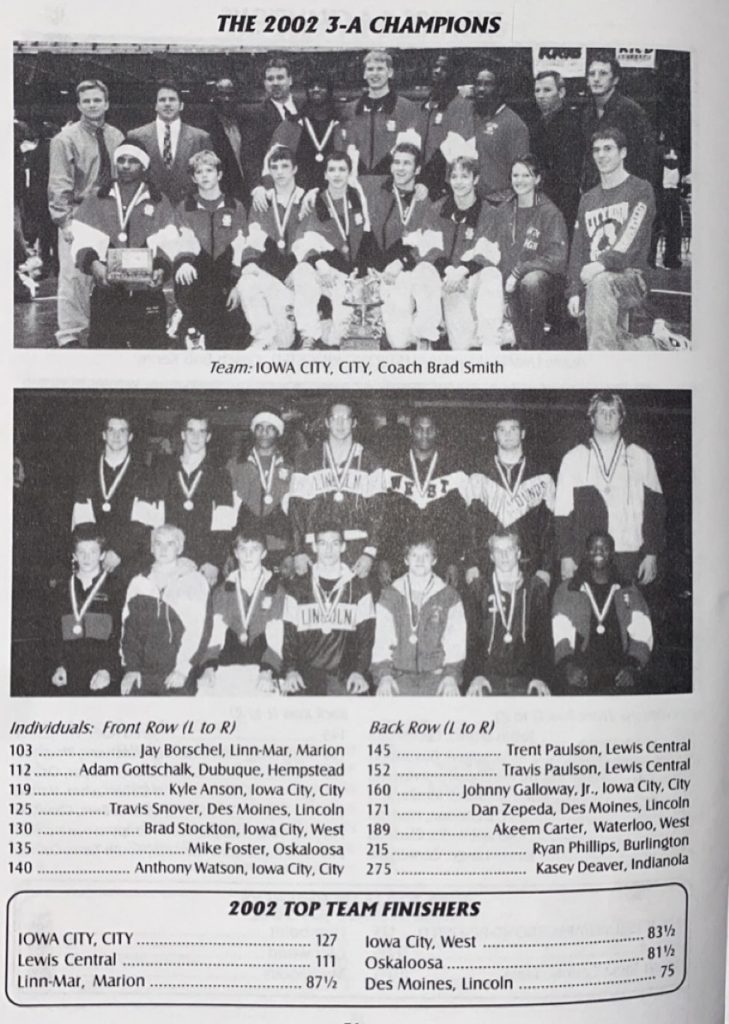 Adam was coached by Chuck Haas and developed a nasty, sometimes unstoppable carry series that he was very dangerous with. He was also good about staying in good position and not giving up points. Another thing he had in his arsenal was a left-sided sag headlock. He could turn and pin people on top. He was just a good, well-balanced wrestler with no real weaknesses. 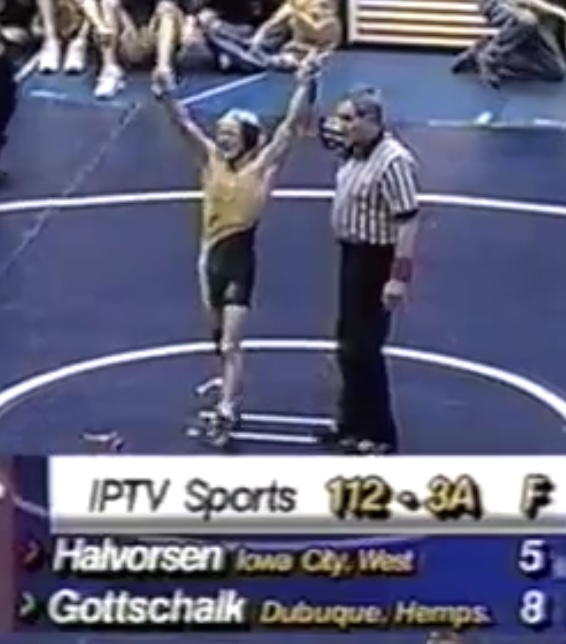 When Gottschalk wrestled in the finals as a Junior against returning state champion and rival, Jake Halvorsen of IC West, he got things going quickly with a fireman that put Jake to his back for a 5 point move. And how did things go after that? I won’t lie…he coasted a bit… and he won the state title.

Here’s an interesting story that Gotch always told me about what went through his head the moment he won state. Gotch is a huge fan of the band, “Filter.” When Adam knew that the match was over and that he officially became a state champion, the song, “take a picture” by the band Filter became stuck in his head. Im sure most of you remember that song. It’s the one that starts out with the lyrics, “awake on my airplane, awake on my airplane, my skin is bare, my skin is their’s.” If you haven’t heard that song, check it out… It’s one of my all-time favorites. Anyways, the part that went through Gotch’s head when he won state was the part where Filter singer, Richard Patrick wails, “HEYYY DADDD WHAAAATTA YA THINK ABOUT YOUR SON, NOW!!!” His dad was obviously elated about the win and it meant the world to Gotch that he made him proud. 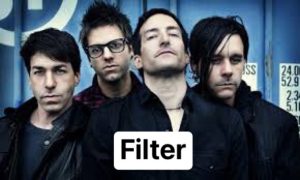 On a side note, I’m surprised that he got the song he did in his head and not a metal song… he’s probably the biggest “metal-head” that I know. He’s introduced me to some great metal bands that I still listen to today, most notably Killswitch Engage. Gotch is an Encyclopedia with metal music, too.

Adam finished with a career record of 144-19 and will always be held in high regard by the wrestling community in Dubuque.

Adam went on to wrestle at Loras where he had a good moments here and there, but just didn’t really want to do it anymore. His shoulder always gave him trouble and frankly, he just wanted to have fun in college. I did, too.

Adam continues to help as much as he can with the wrestlers in the Dubuque region…son, Landon, was wrestling for a few years and won a couple of youth state championships, but he decided the past year or two that he wanted to take a break from it. Hopefully we see Landon on the mat at Wells someday. He also has a daughter named Elliana. His cousin, Dillon Gottschalk was also a placer for Hempstead. 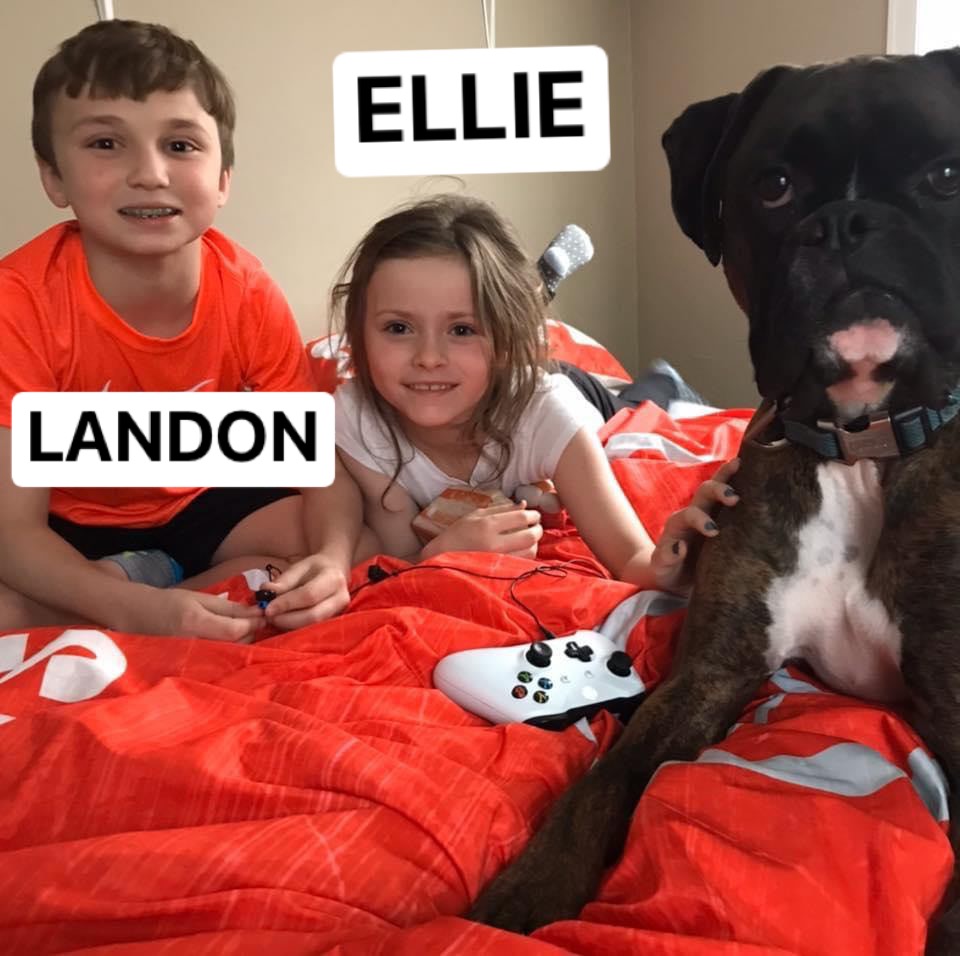 Last I knew, Adam was still helping out via coaching the Dubuque area kids/Hempstead kids.  I need to catch up with this dude. It’s been way too long. 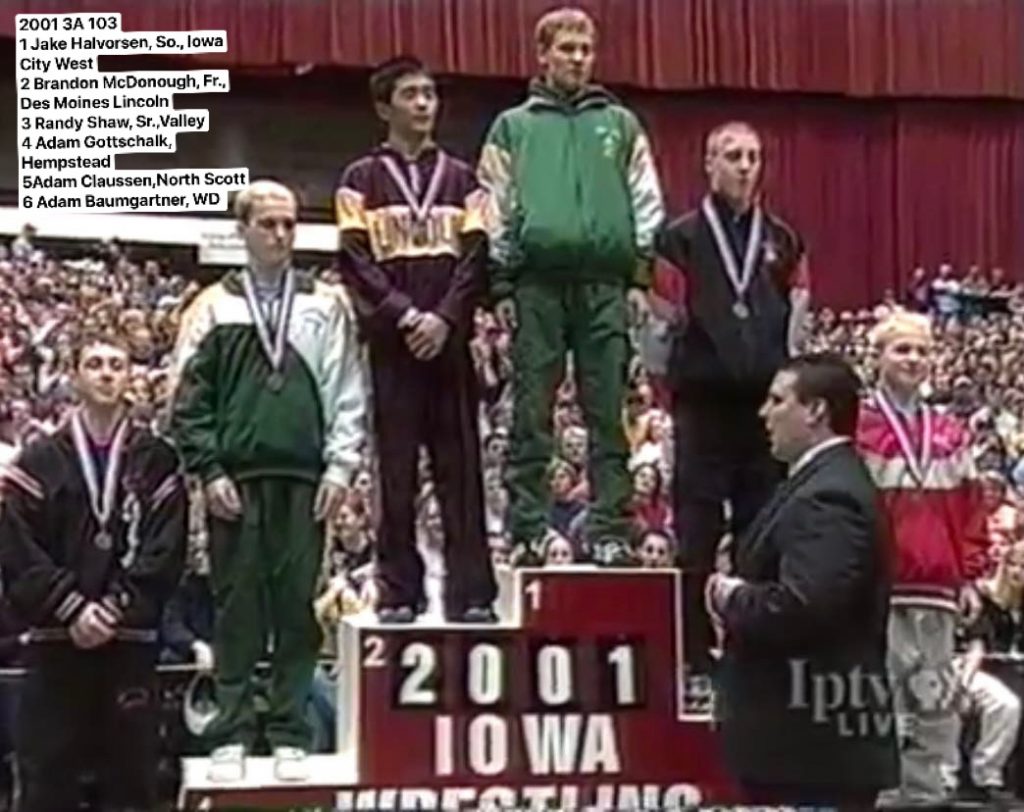 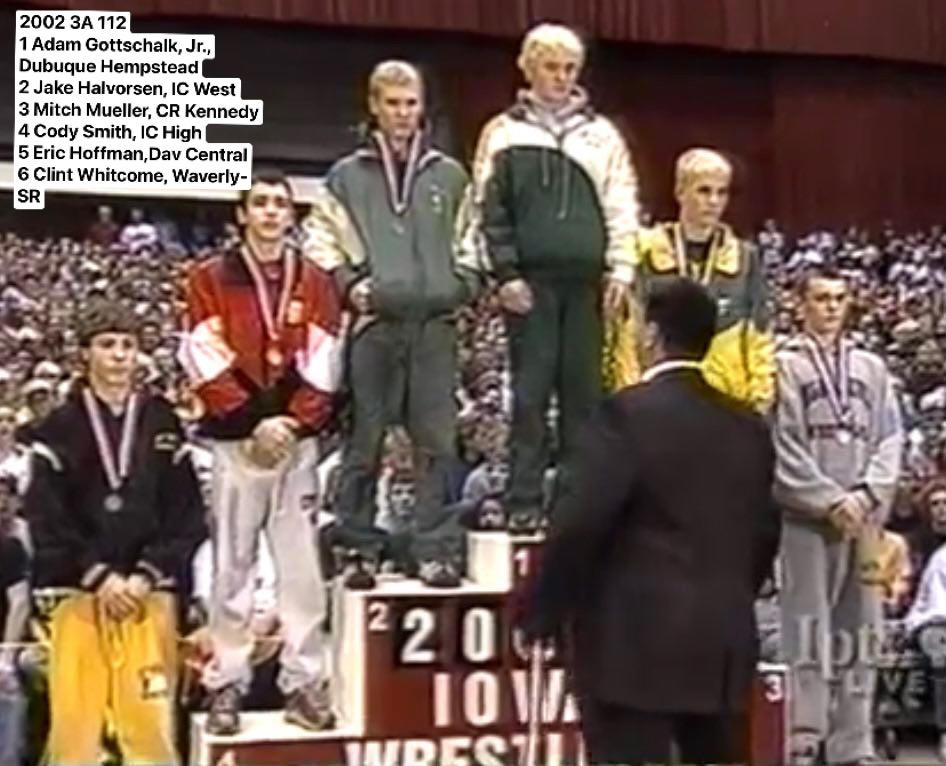 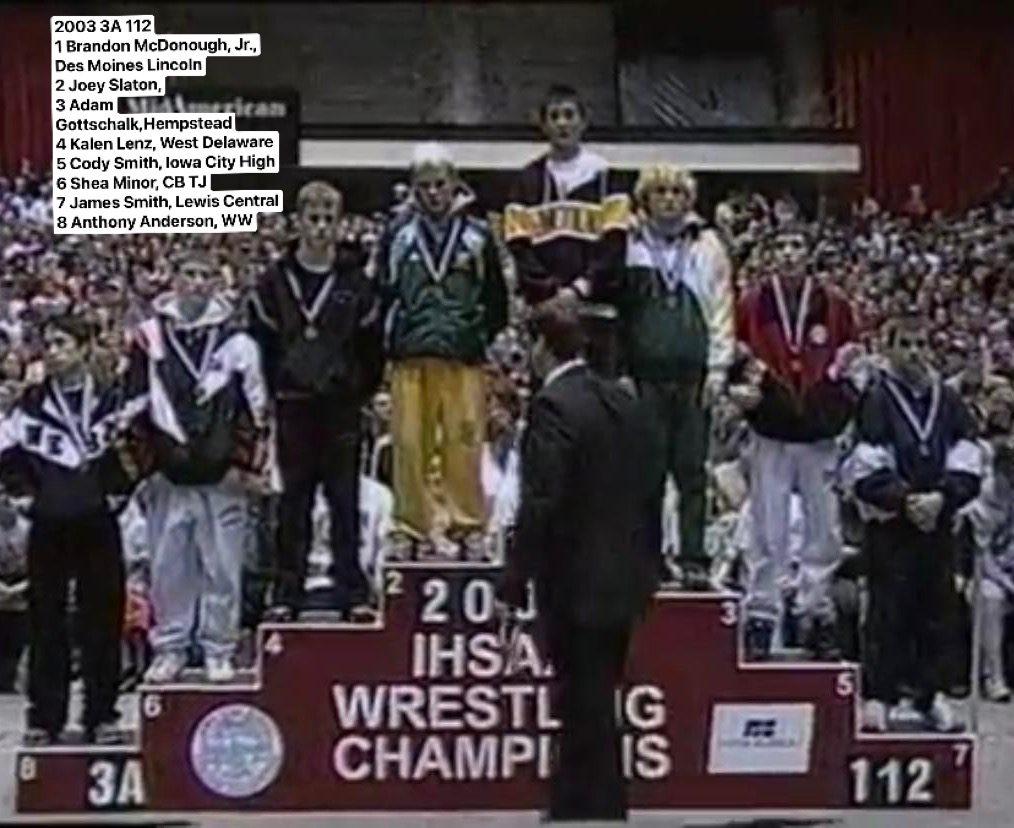