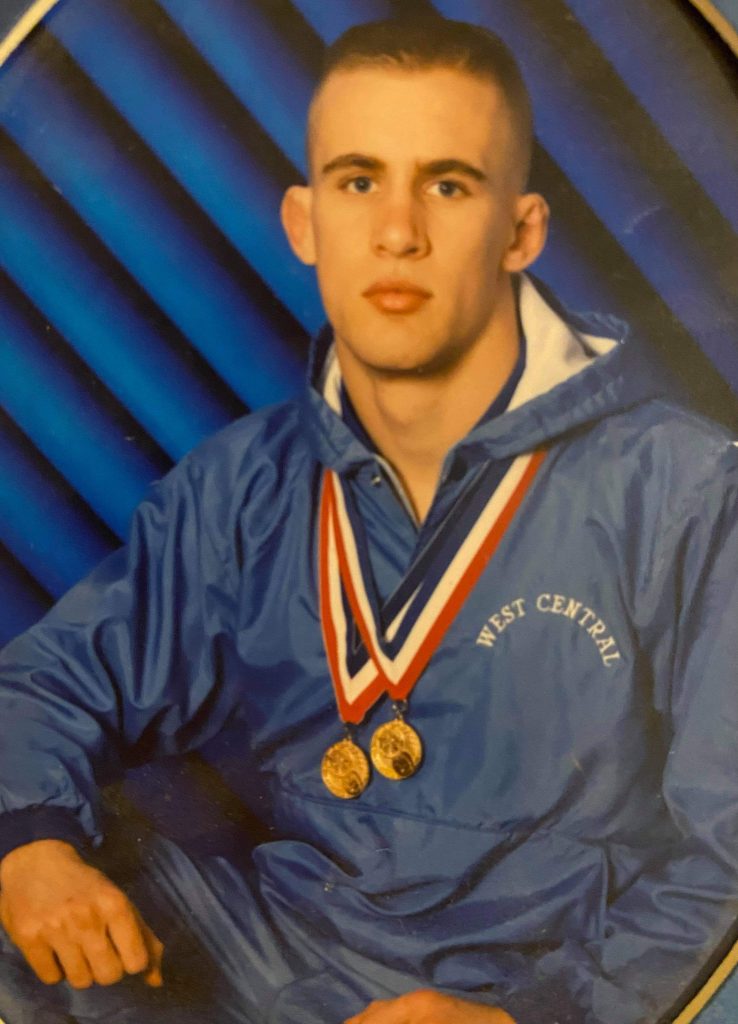 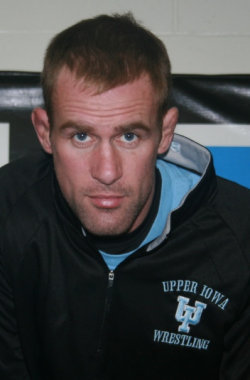 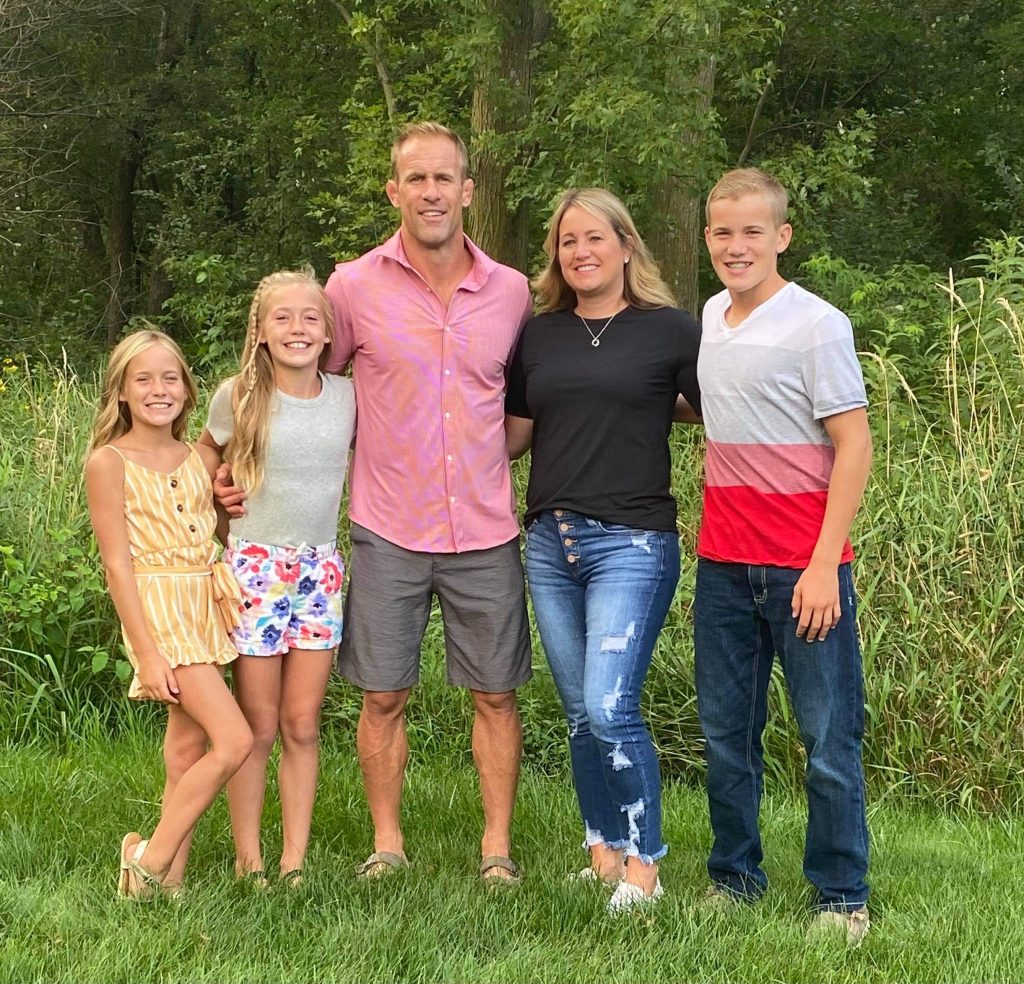 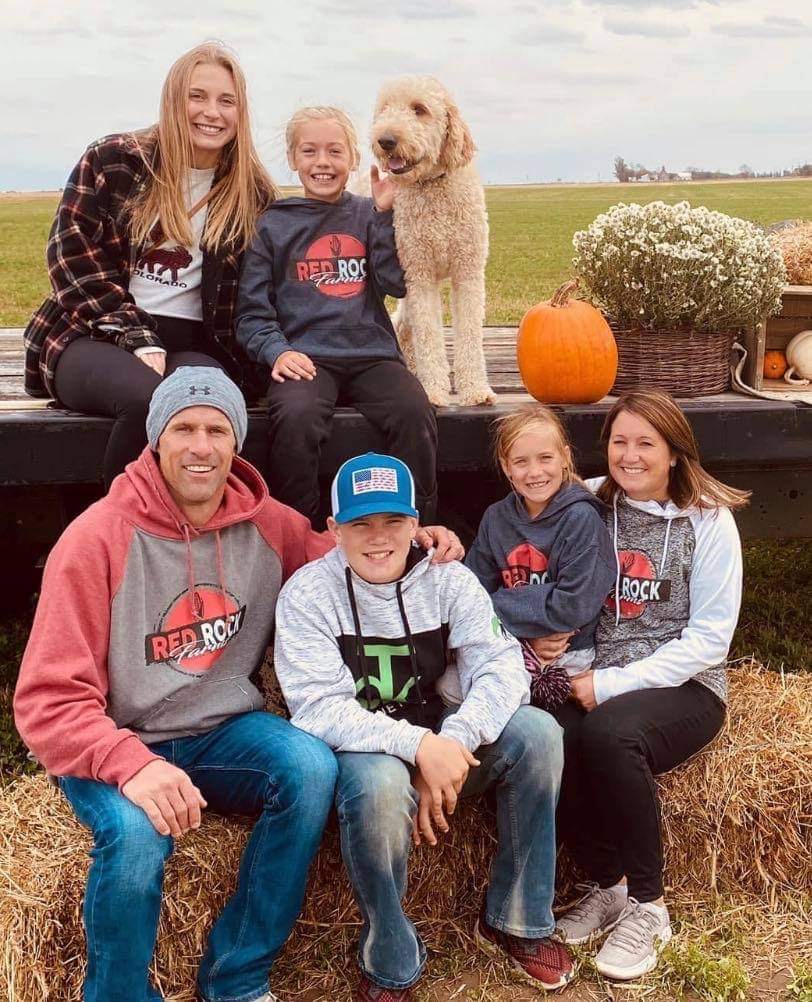 Justin Decker was a 1995 graduate from Maynard, West Central who later went on to wrestle for the Iowa Hawkeyes from 1995-1998, took 12 years off and spent several years as a Head and Assistant Coach at 2 High Schools before competing yet another season at Upper Iowa University. It’s one of the most interesting and unique careers I have ever heard of. There are things that happened or paths taken in Justin’s career that I’ve only ever heard about happening with him. The big one would be this: Justin won two state titles in HS, wrestled for The Hawkeyes for a few years, quit wrestling, got hired shortly after as the Head Wrestling Coach at West Central HC for a couple years, then as an Assistant at North Fayette for a few more years and then coached as an Assistant at Upper Iowa University before deciding to compete one final year for Upper Iowa, 12 years after the last time he competed at Iowa.  That’s incredible. I’ve never heard of someone having a career like that. Another example would be the way he won his 1st state title. He won his second state title over Todd Foster from Riceville by the score of 6-0, but get this…The match was tied 0-0 to start the 3rd period….And Justin started the period in the top position… Knowing the outcome, you’ve probably connected the dots by now that Justin Decker won his 1st state title by scoring 2 three point near falls in the later part of the match to win 6-0.  You just don’t hear of that very often. 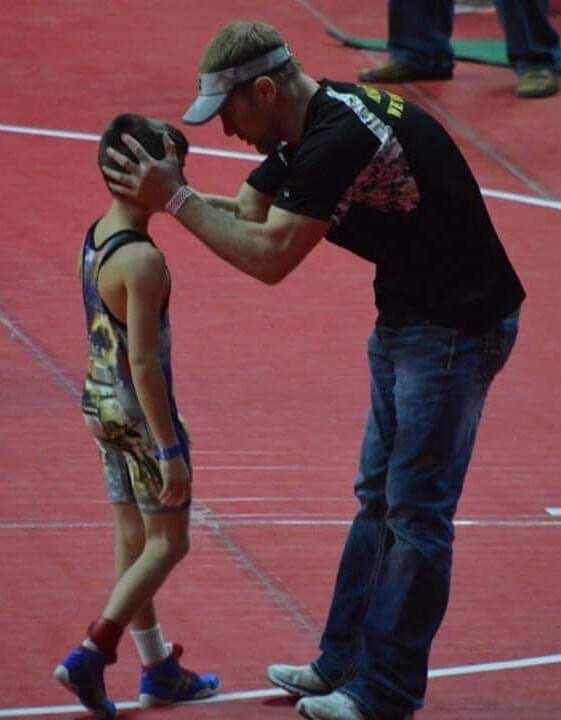 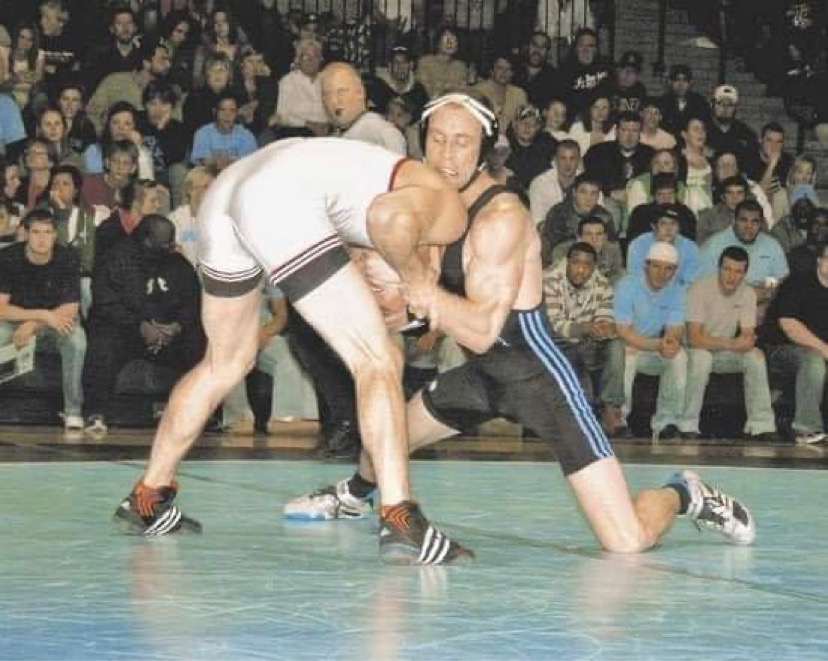 Off the mat, Justin is an extremely nice person and has helped me out a bit in terms of good suggestions and providing me with content to post. He’s a good dude.

I can’t imagine someone not liking this man’s story, told in his own words. It may be my favorite Remember The Wrestler article to date. Consider me a huge fan. 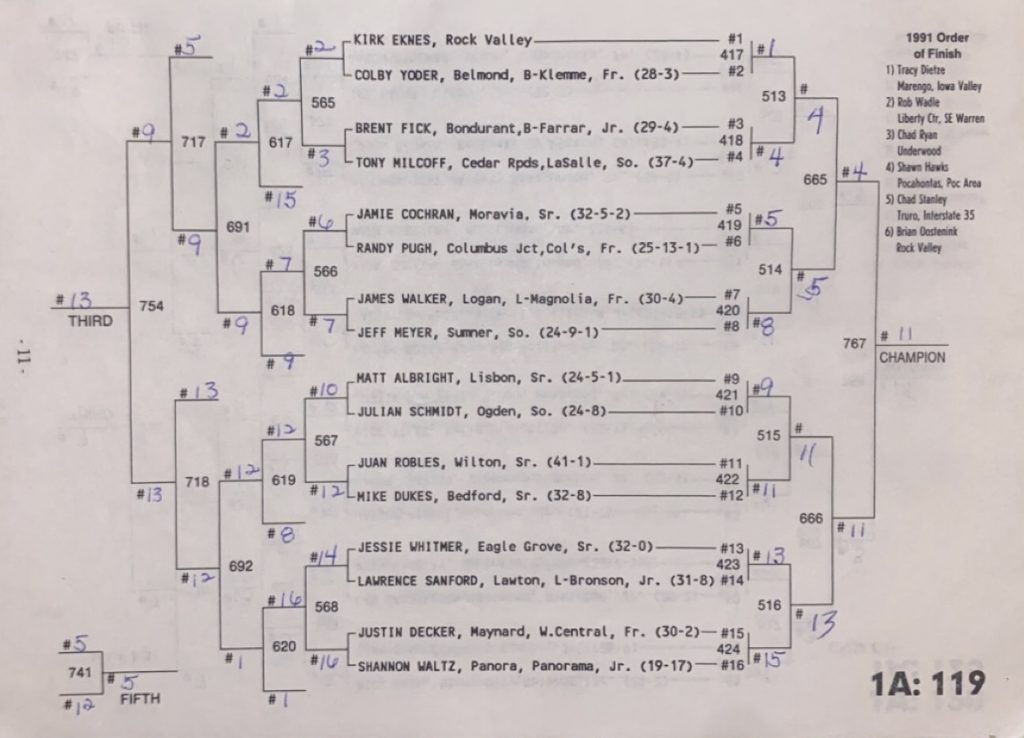 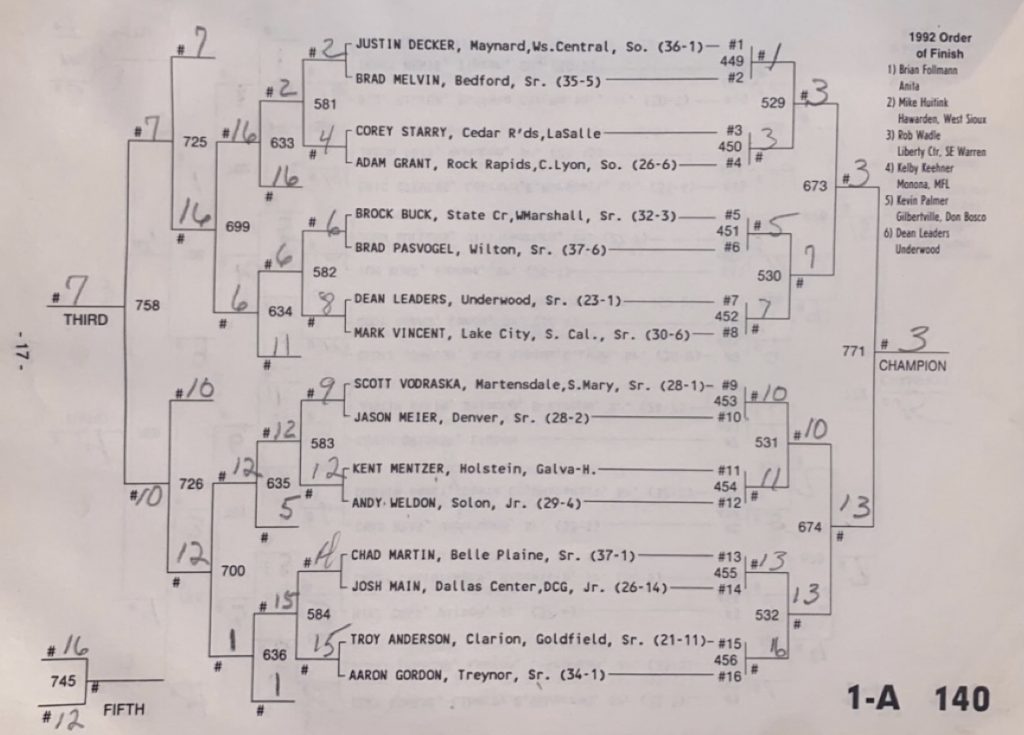 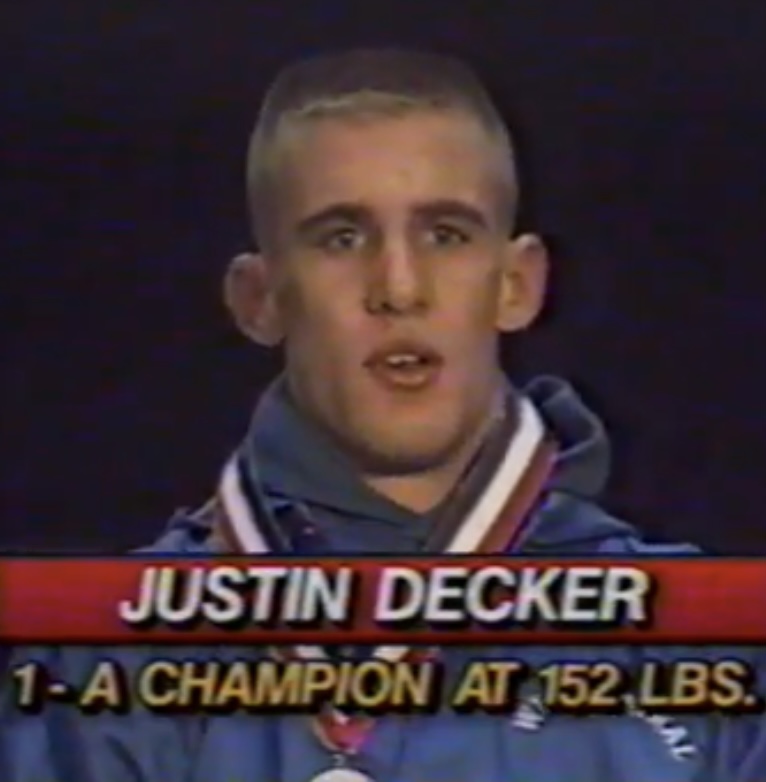 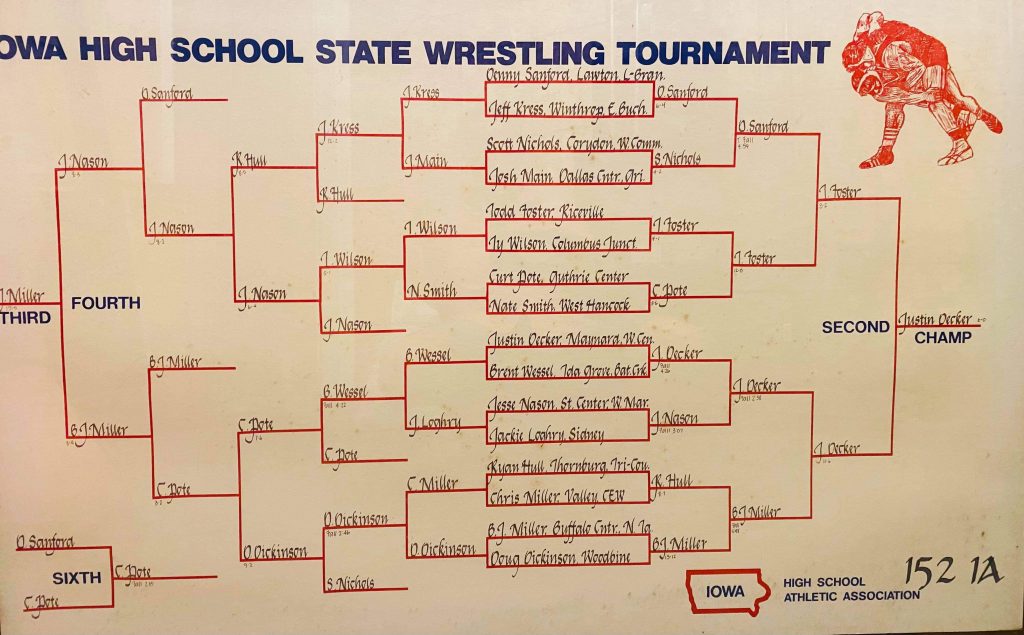 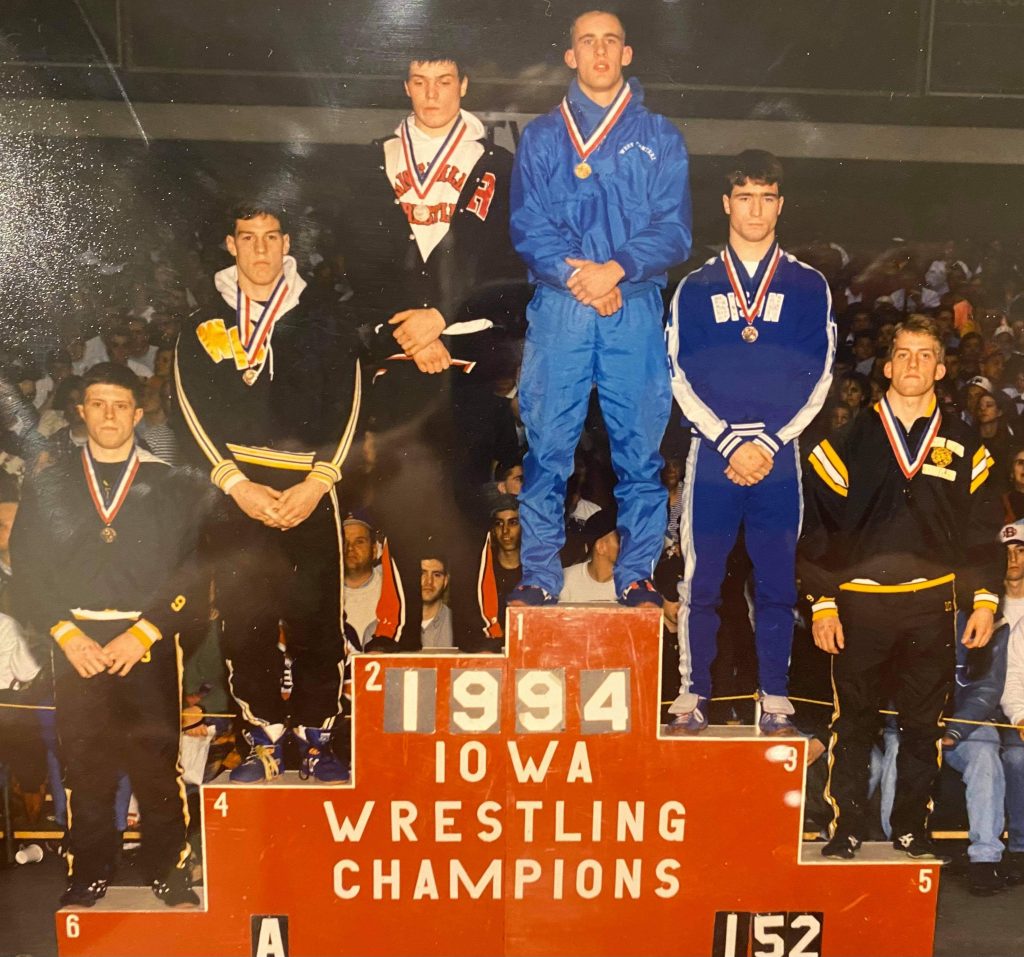 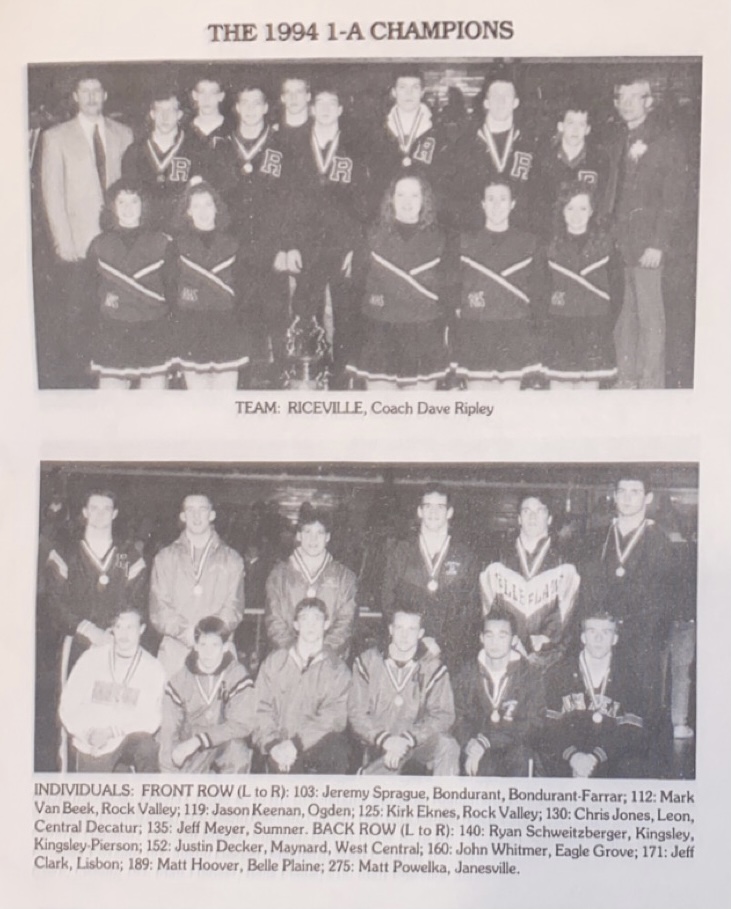 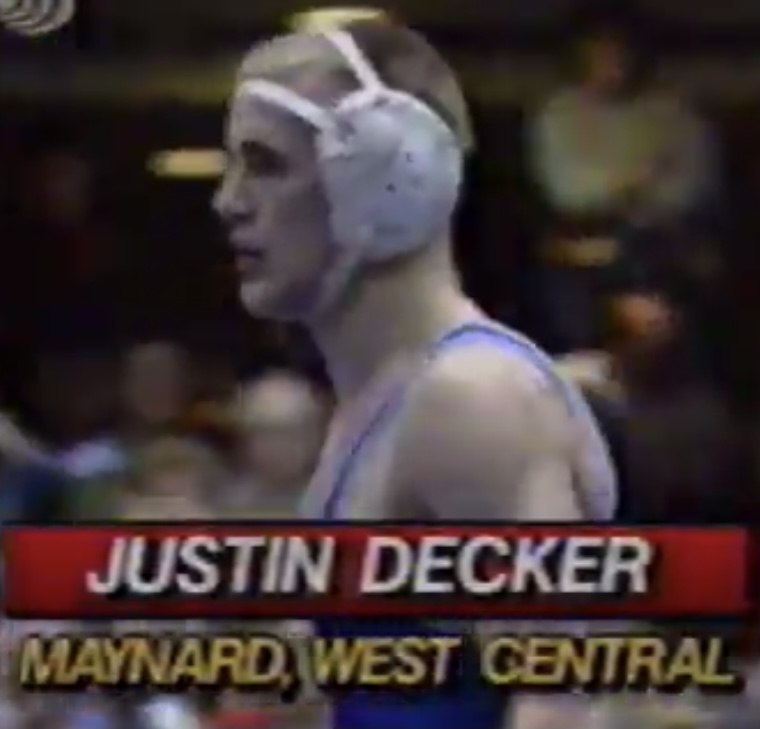 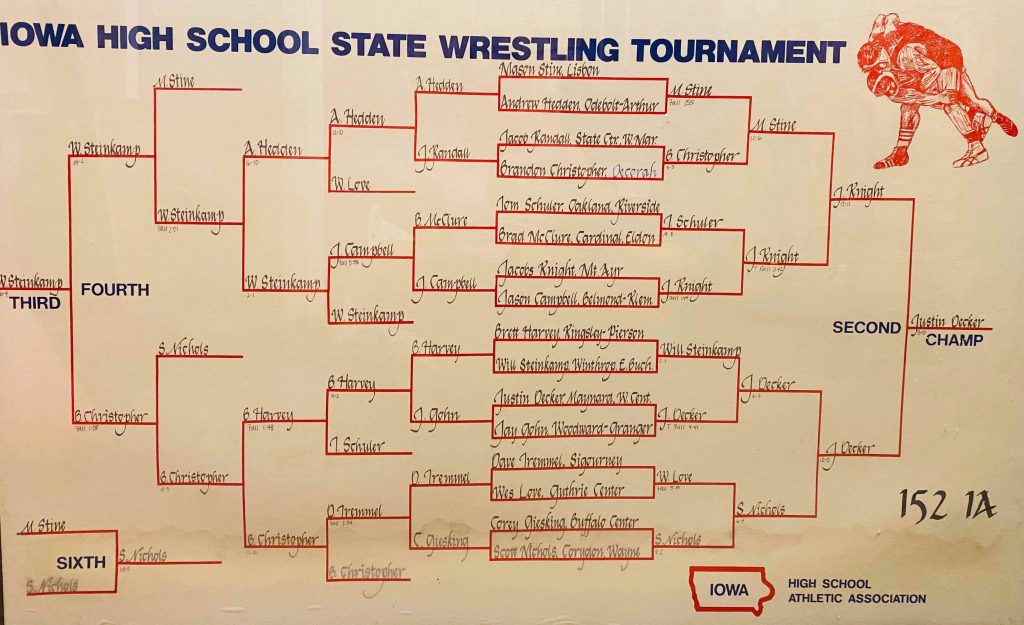 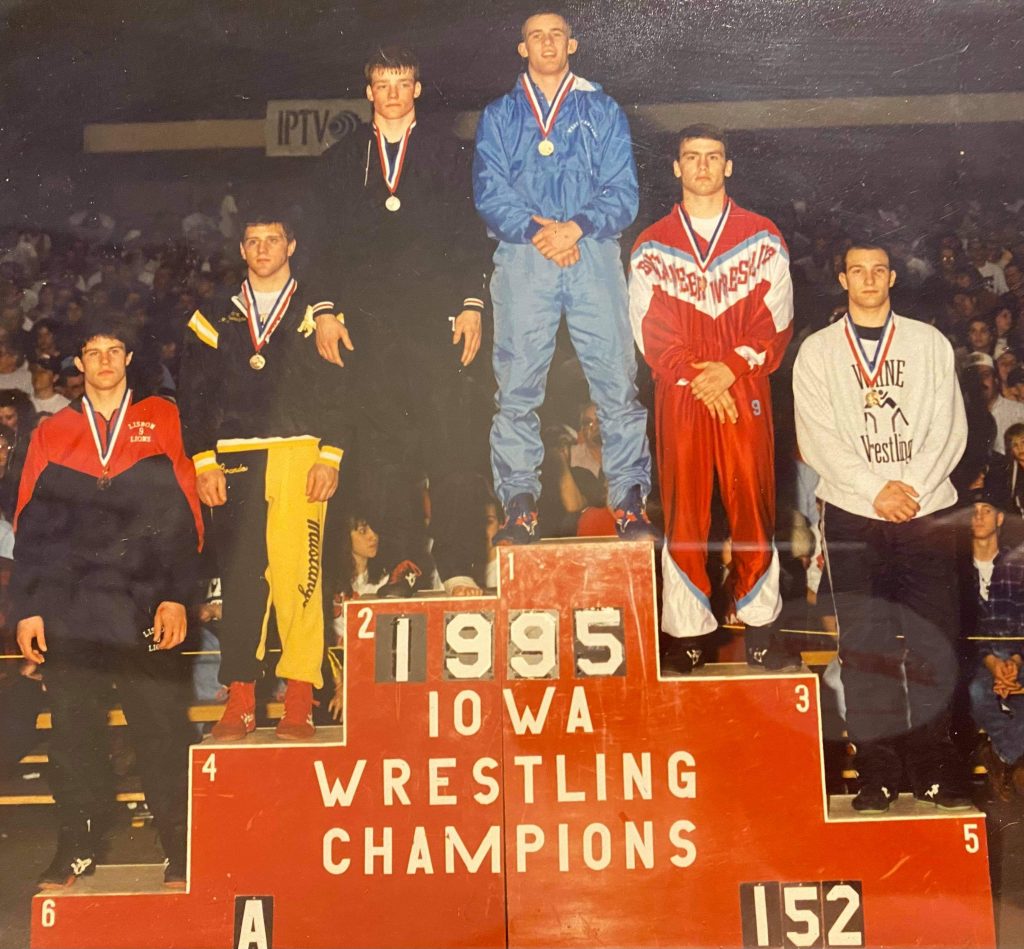 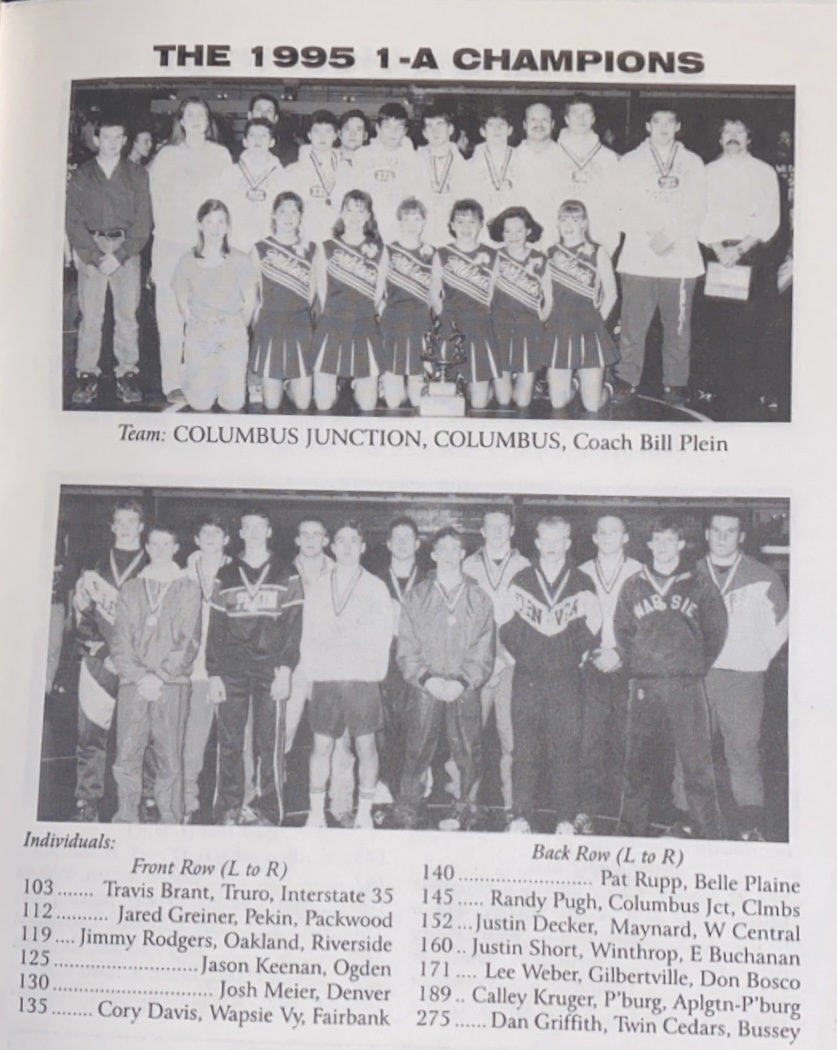 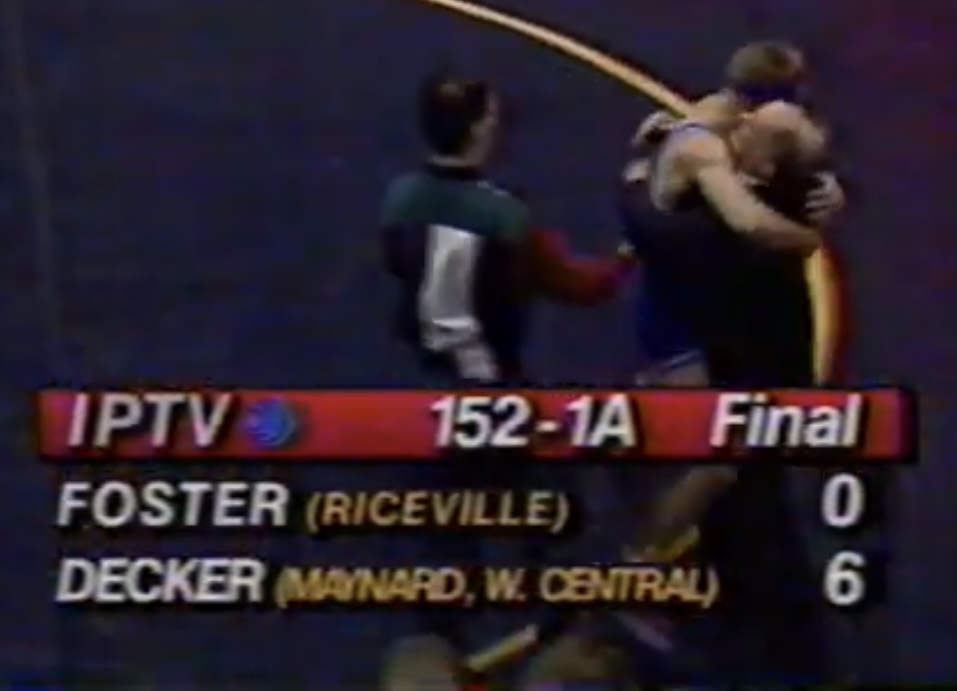 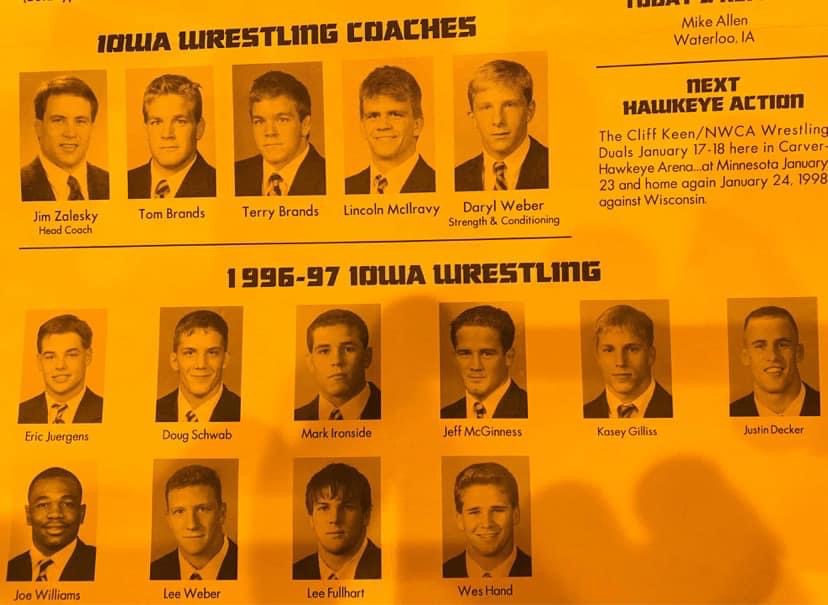 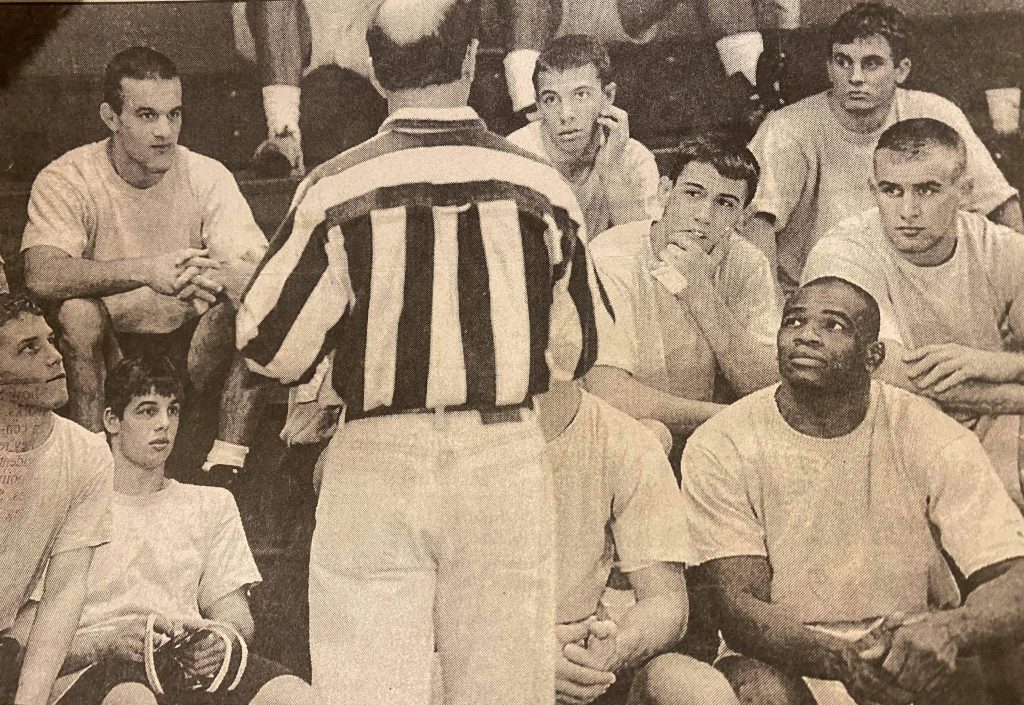 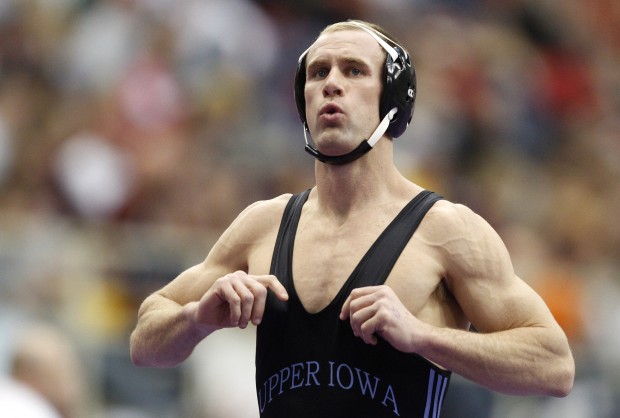 Here we go, the wrestling journey of Justin Decker… you’ll never read another one quite like it!

JUSTIN DECKER: My mother was always the ‘pusher’ in my family but I don’t think one specific person ever encouraged me to wrestle.  I chose to do it in my own. My three older brothers were all significantly older than me so when I was 6,7,8 years old they were competing in JH and HS. I loved it at an early age and followed the sport very closely. I lived it…..breathed it….and could probably tell you about every great wrestler in the mid to late 80’s when my brothers wrestled.
PINDOX: Do you have any family who wrestled or wrestles currently? Parents, children, brothers, etc.? How did they do?
JUSTIN DECKER: My Dad wrestled and I guess was pretty good.
*Derek (brother) placed 4th at State in ‘88
*Jason (brother) placed 5th at State in ‘87 and wrestled for a real solid Simpson College team (88-91)and was a NCAA Qualifier
*Tracy (brother) has coached wrestling at Sumner, Postville, and is currently an assistant at MFL.
*Nephew Karter Decker is a junior at MFL this season and is a 2-time state qualifier
*My son Kanen will be a freshman at Wapsie Valley HS this season.
PINDOX: What were your youth results?
JUSTIN DECKER: AAU Folkstyle State: 3rd, 3rd, 2nd, then was a State Champ as an 8th grader.
Freestyle: I won several freestyle state titles and won the Northern Plains Midwest Regional in JH.
PINDOX: What was your record in HS?
JUSTIN DECKER: 150-7 with 89 falls
PINDOX: How did you place at state every year?
JUSTIN DECKER:
Freshman: State Qualifier
Sophomore: State Qualifier
Junior: State Champ
Senior: State Champ
PINDOX: What were some of the most notable adverse challenges or moments you experienced in wrestling?
JUSTIN DECKER: At Iowa, the biggest challenge was definitely trying to balance academics, wrestling, and my social life. I did a poor job at it.
At Upper Iowa, I had a herniated disc in my neck right after Christmas and had to compete the last 2 1/2 months of the season in a lot of pain. It required surgery and a disc fusion a couple weeks after the NCAA tourney.
The same season I also lost my dad to pancreatic cancer the day of weigh-ins for the NCAA Qualifier in Aberdeen, South Dakota. It was a long 8 hour bus ride out there to say the least. 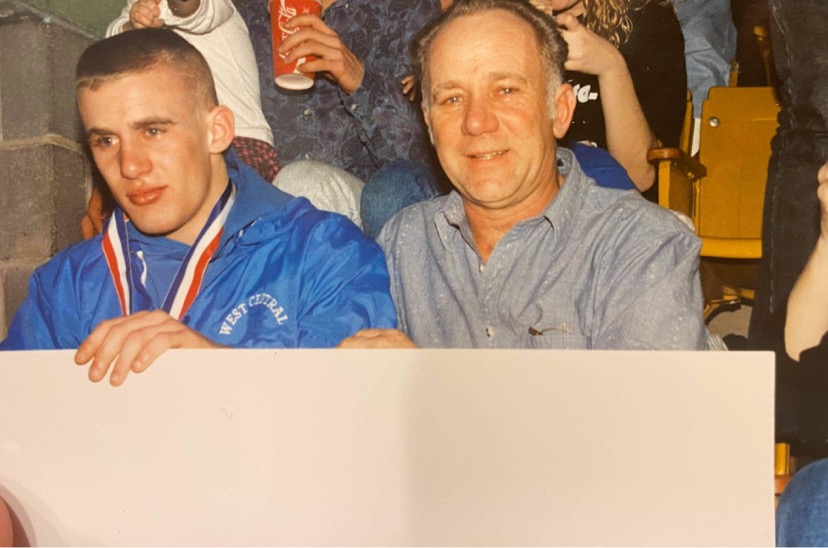 Story 1: People sometimes ask me what one of the craziest stories Dan Gable made the team do when he coached.  One story sticks out. I can’t remember exactly what sparked it but I believe some guys were struggling mentally with managing their weight. At the end of practice Gable stuck the entire team and all his assistant coaches in the sauna and said we were all to stay in there for one hour. We were packed in there like sardines and it was the hottest sauna I have ever been in in my life. We stayed in there a really long time. He shut the lights off after about 15 minutes and I remember guys whimpering and breaking mentally. He didn’t keep us in there a full hour but it was close to 50 minutes and it was probably one of the hardest things I ever had to do.

Story #2: My high school wrestling coach Larry Munger was a real hard ass. One night we had a triangular up at Postville and had meets with Postville and Tripoli. We had some guys on the team not wrestle up to our potential and after the meet Coach Munger took us all in the wrestling room and had us go through a wrestling practice. It probably lasted 2 hours. He told our lone JV kid on the team (who wrestled 135 lbs) strip off his singlet and Munger strapped it on. It was at least two or three sizes too small and he could barely get the straps over his shoulders. He proceeded to go around and wrestle every single guy in our room for about a 20 minute ‘live go’ and he literally beat the crap out of every single one of us. I remember it felt like he was trying to rip my shoulders out of socket. He probably would be fired for things like that this day and age but that’s why I love the guy.