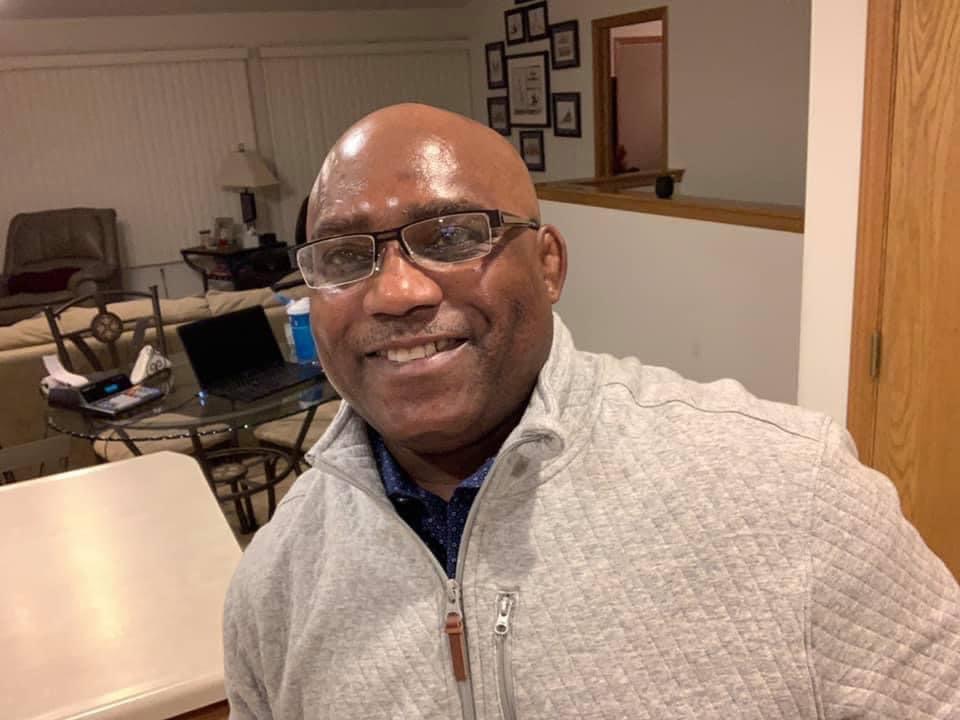 THIS IS THE STORY OF HOW HE DEFEATED THE ODDS TO WIN STATE FOR CEDAR RAPIDS WASHINGTON AS A JUNIOR IN HIGH SCHOOL: 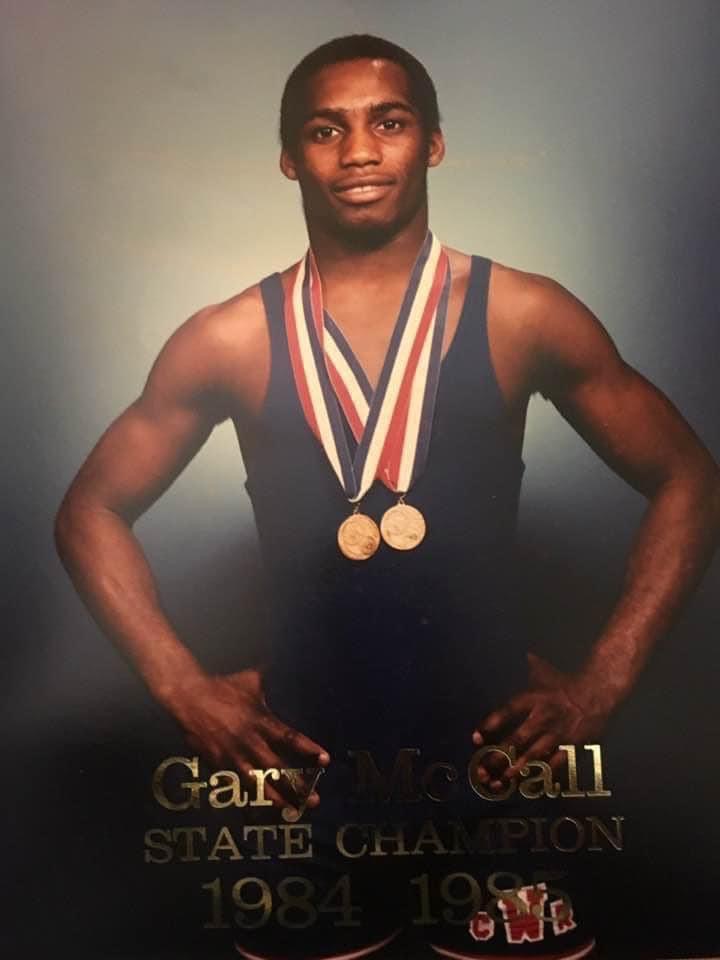 PINDOX: In 1984, Gary McCall of Cedar Rapids Washington was beaten in the semifinals at districts, 8-3 by Joe Whitters of Prairie. He needed a break to even qualify for state. To qualify, Gary first had to win his 3rd and 4th place match and hope for Whitters to defeat Rich Deutsch from Cedar Rapids Kennedy to set up a wrestle back match for true 2nd  between McCall and Deutsch.

GARY MCCALL: “Right after the semifinals loss, I thought, ‘oh no, I blew it,’ but I went into the locker room and coach Hal Turner told me to not give up and that I still had a chance.” 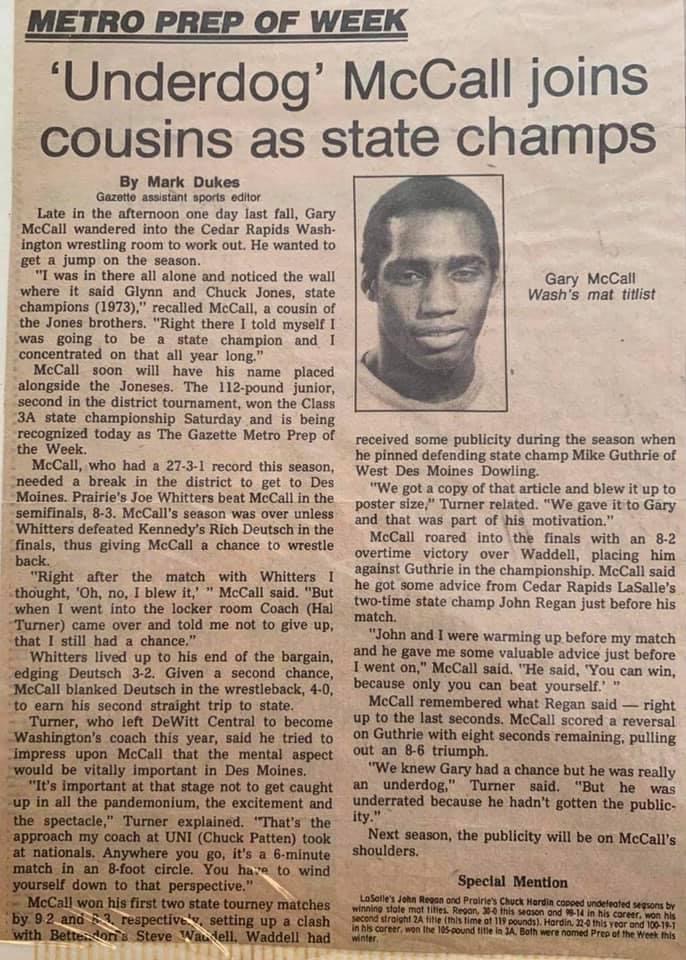 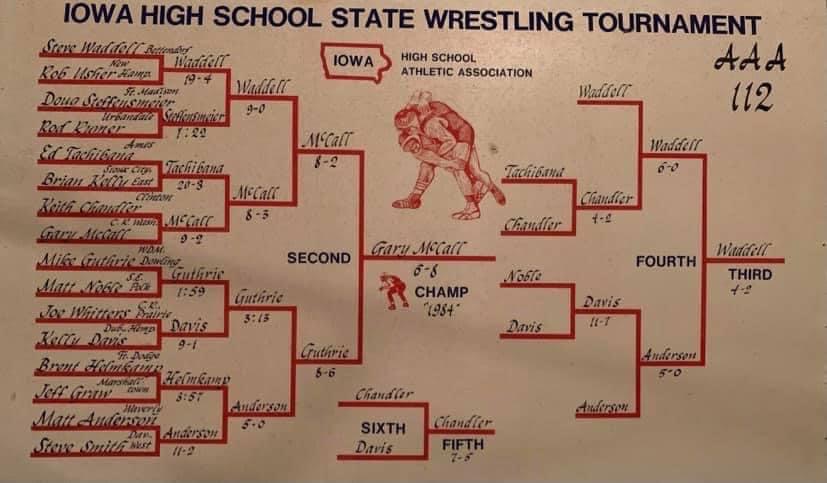 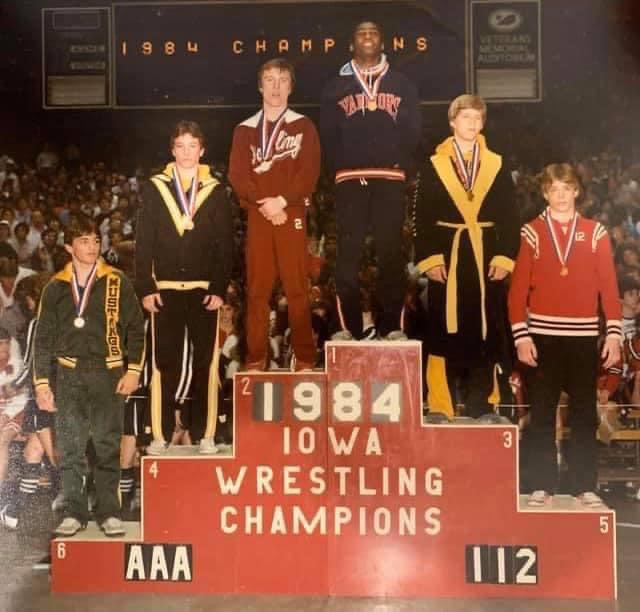 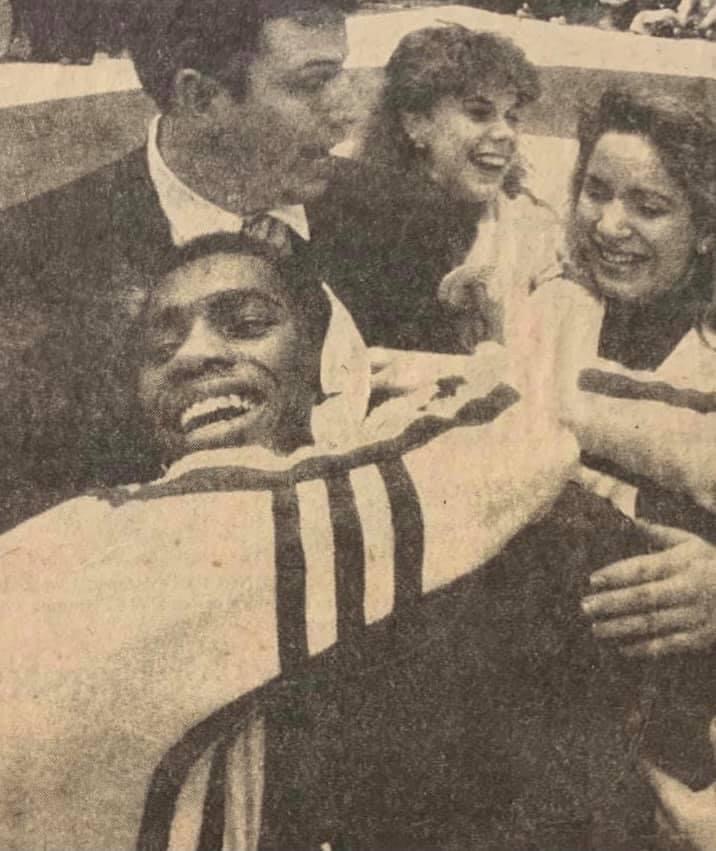 HERE IS HIS INSPIRATIONAL STORY OF OVERCOMING ADVERSITY AS A SENIOR FOR THE IOWA STATE CYCLONES: 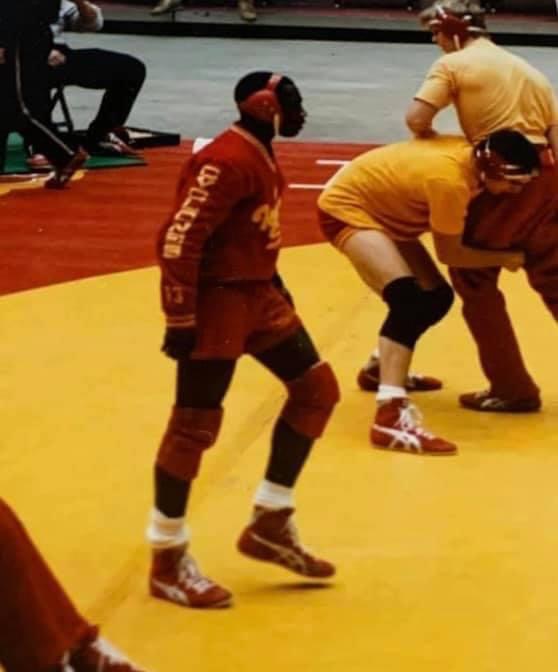 PINDOX: Do you have any stories of overcoming adversity in your career?

GARY MCCALL: I tore both of my groins at the beginning of my sophomore yr @ ISU and had to redshirt that year. Then I tore them again my senior year (126 lb. weight class) after starting the season 13-0, ranked 3rd in the nation and had just beaten Terry Brands from Iowa at the Wisconsin open. I was out for 2 months, then Dan Knight and I decided to switch weights. I went down to 118lbs and he went up to 126. At 118 I lost 13 straight matches, finished the Big 8 in 5th place and made it to NCAA’s on a wildcard (returning 2x all-American). I went into nationals unseeded with a losing record and ended up beating returning all-American Steve Martin (Iowa) 1st rd, then went on to upset #1 seed Jeff Thieler of (NC) in the quarterfinals. I lost in the semifinals to Jack Griffith (Northwestern), then wrestled back to Ken Chertow and beat the #1 seed Thieler again for 3rd place! At the time it was the 1st time an unseeded wrestler defeated the #1 seed twice at the NCAA’s. It was a great ending to a rough season and to end my wrestling career! 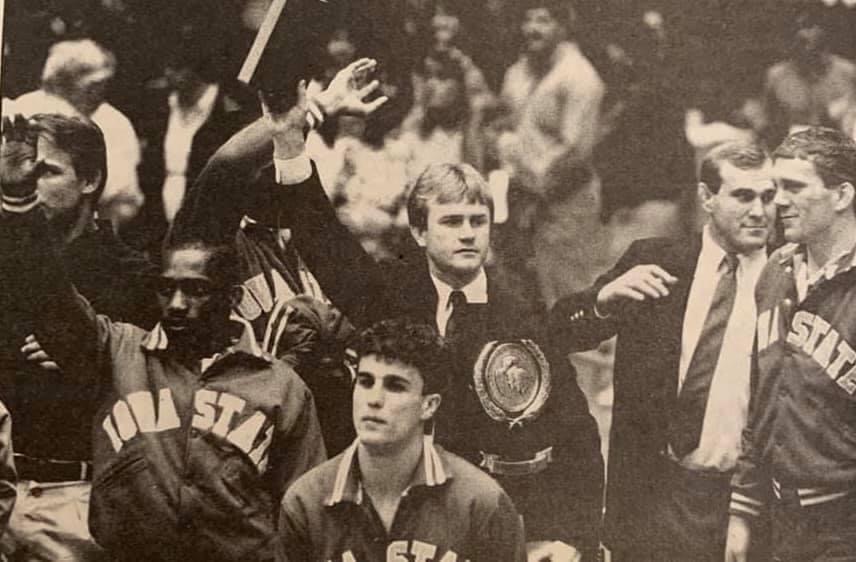 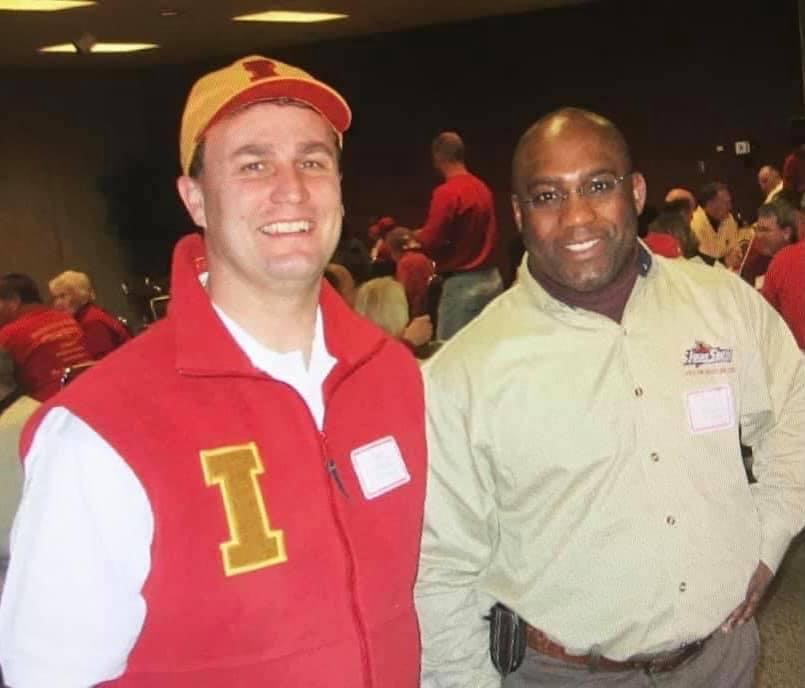