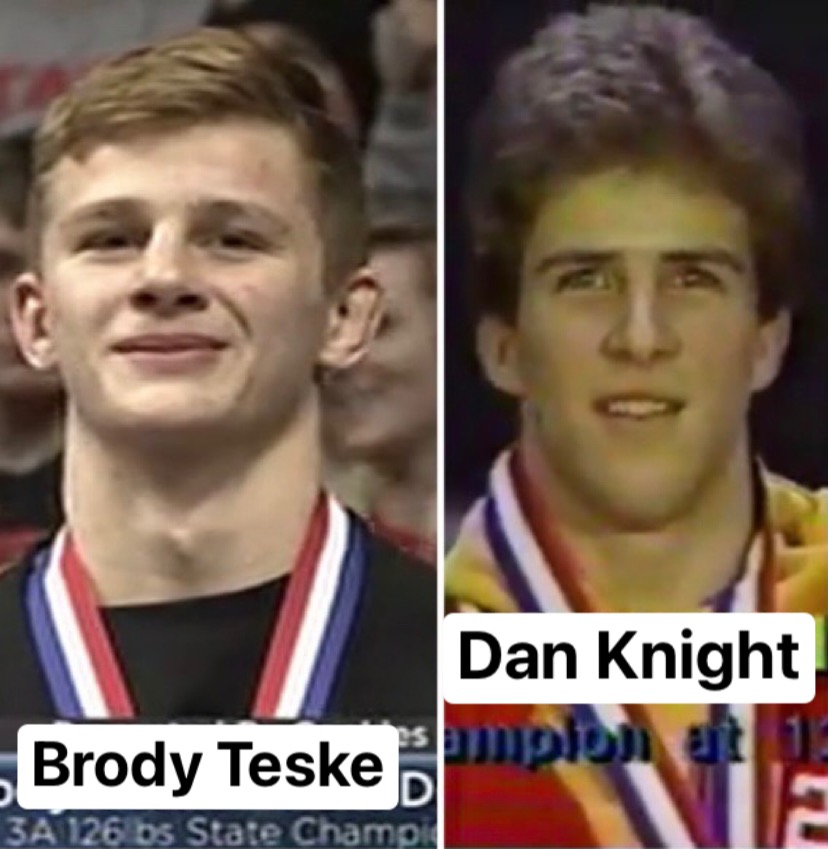 At the state tournament in 1987, Dan Knight of Clinton won his 4th state title, making him the 6th ever 4X state champion in Iowa HS State wrestling history and the 2nd ever to go undefeated in his entire HS career, with the first being Jeff Kerber of Emmetsburg. And when he won his 4th state finals match, the crowd at Vets Auditorium gave Dan a much-deserved traditional standing ovation to show their respect for such an amazing feat. 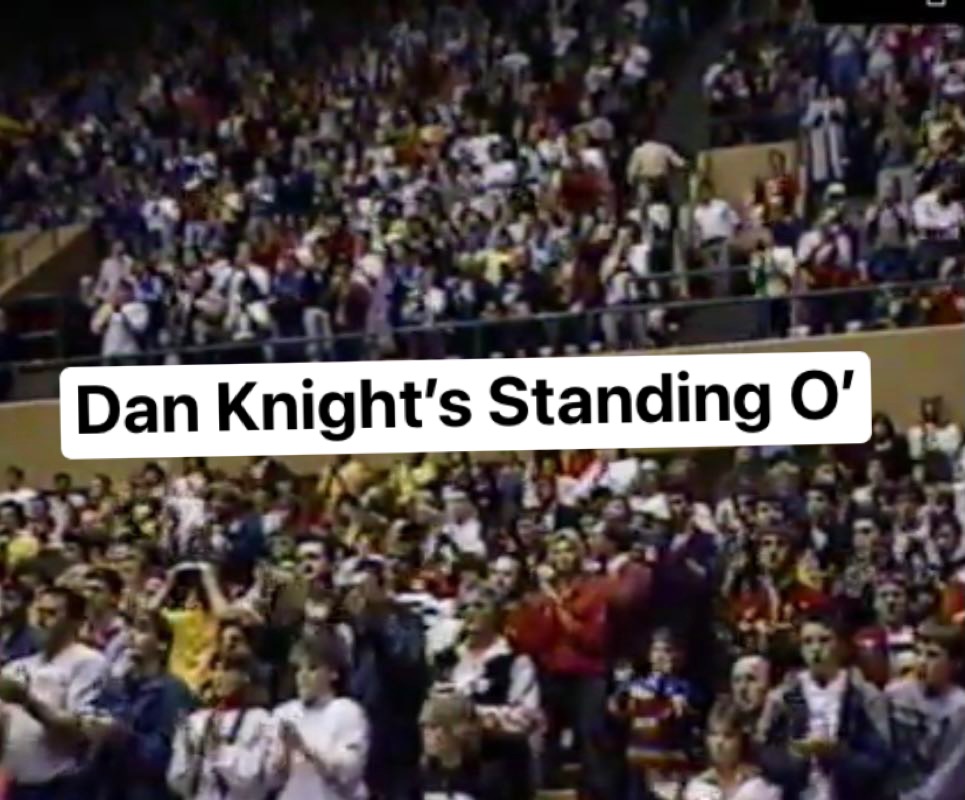 21 years later at the 2018 Iowa HS State Wrestling Tournament, a kid named Brody Teske from Fort Dodge won his 4th title at Wells Fargo in Des Moines. He ended up with only one loss in his entire career, which is still obviously incredible. And how did the crowd react? The same way. They gave Brody a much-deserved standing ovation. Dan Knight was among the people in attendance giving Brody this standing ovation, for he was the HC at Bettendorf at the time and still is currently. 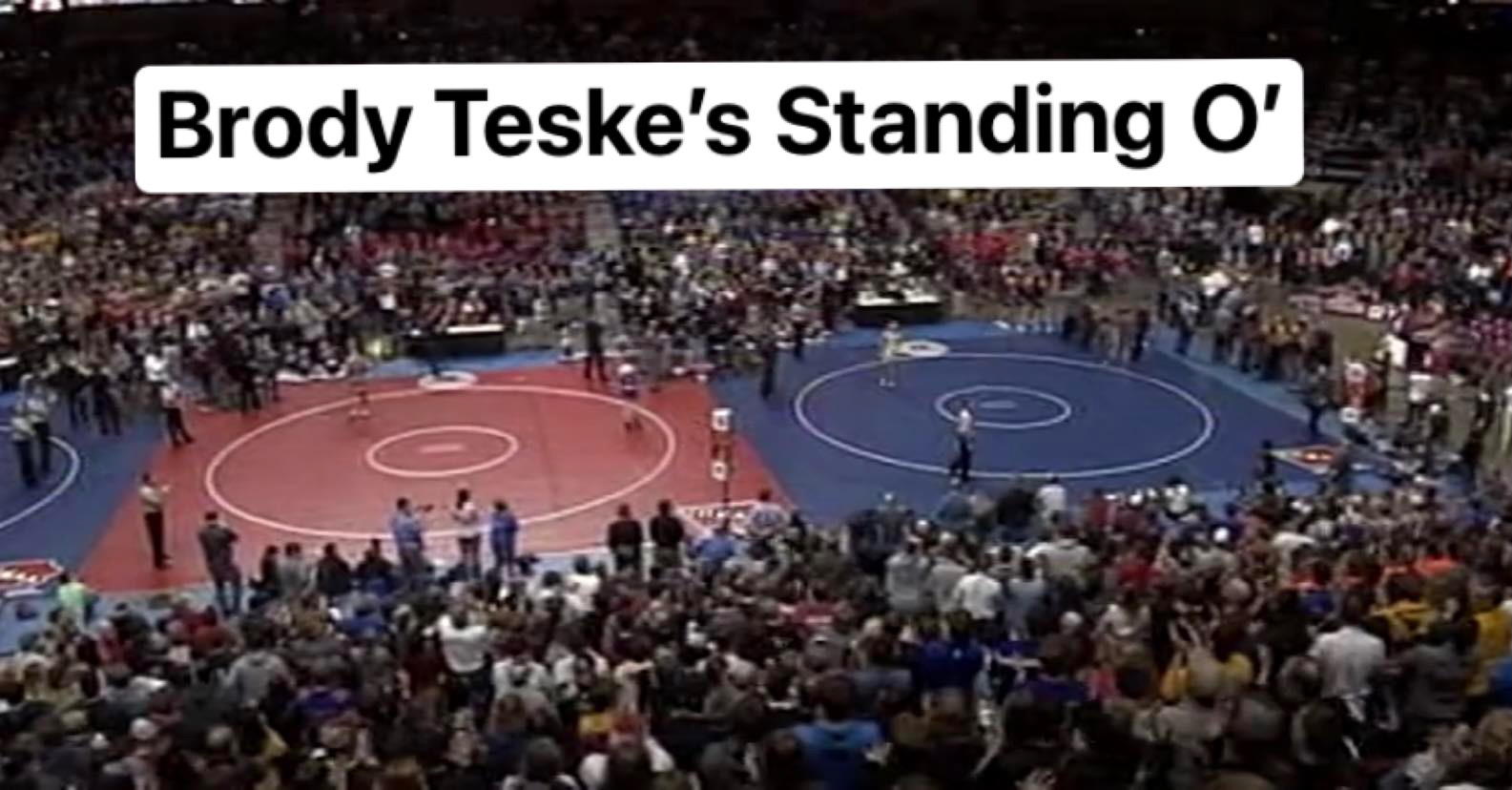 The guy that Dan Knight defeated 2nd round ended up wrestling back and placing 4th. He was a Fort Dodge kid and just a Junior at the time. His name? Dan Teske… 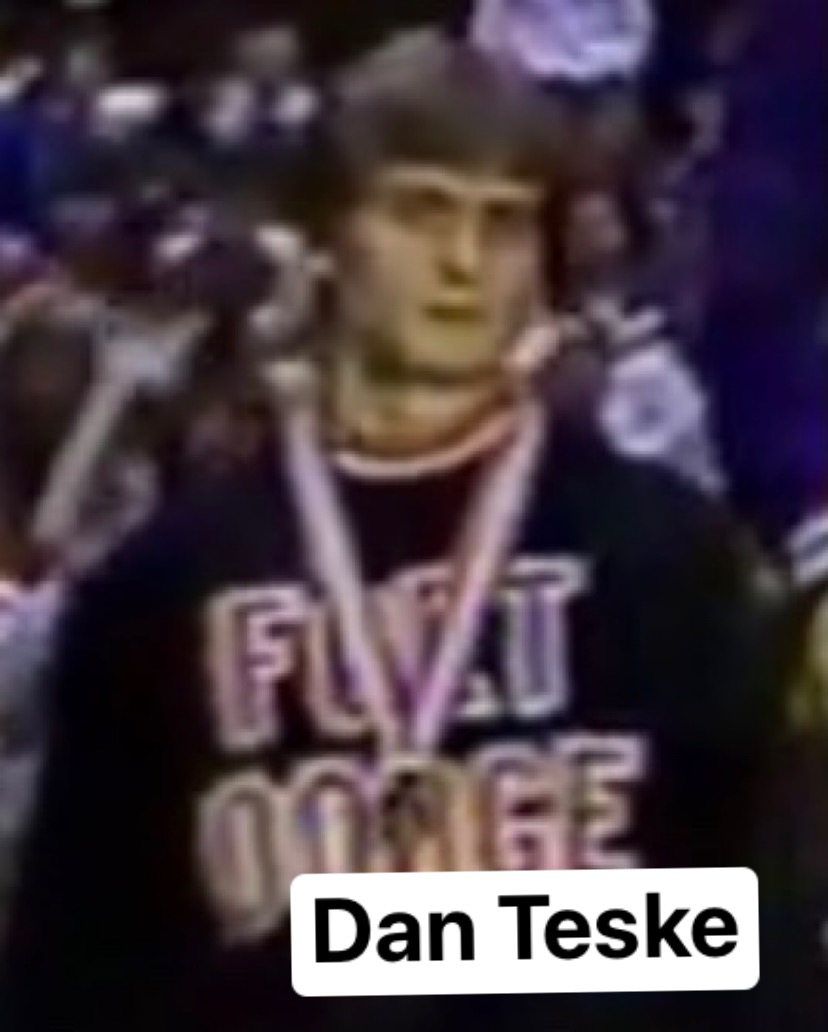 Dan Teske is Brody’s dad. Dan was standing on the #4 spot on the podium when this standing ovation took place and with a front row seat like that, it probably gave him an idea as to what his son, Brody experienced when he stood on top of the podium after winning his 4th state title in 2018. 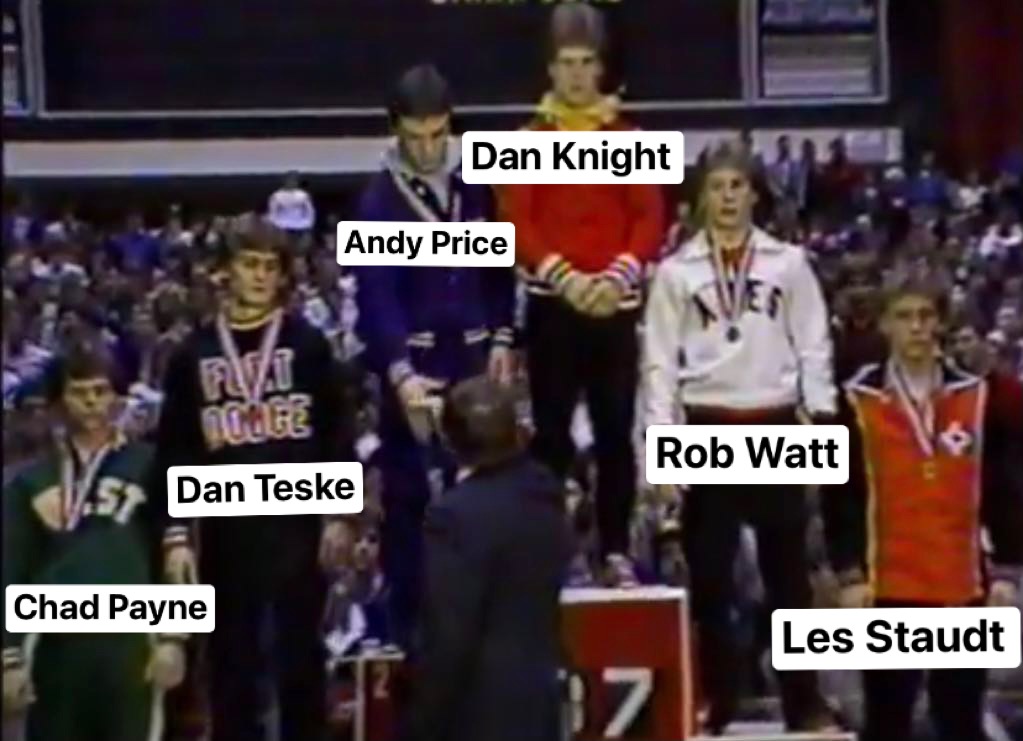 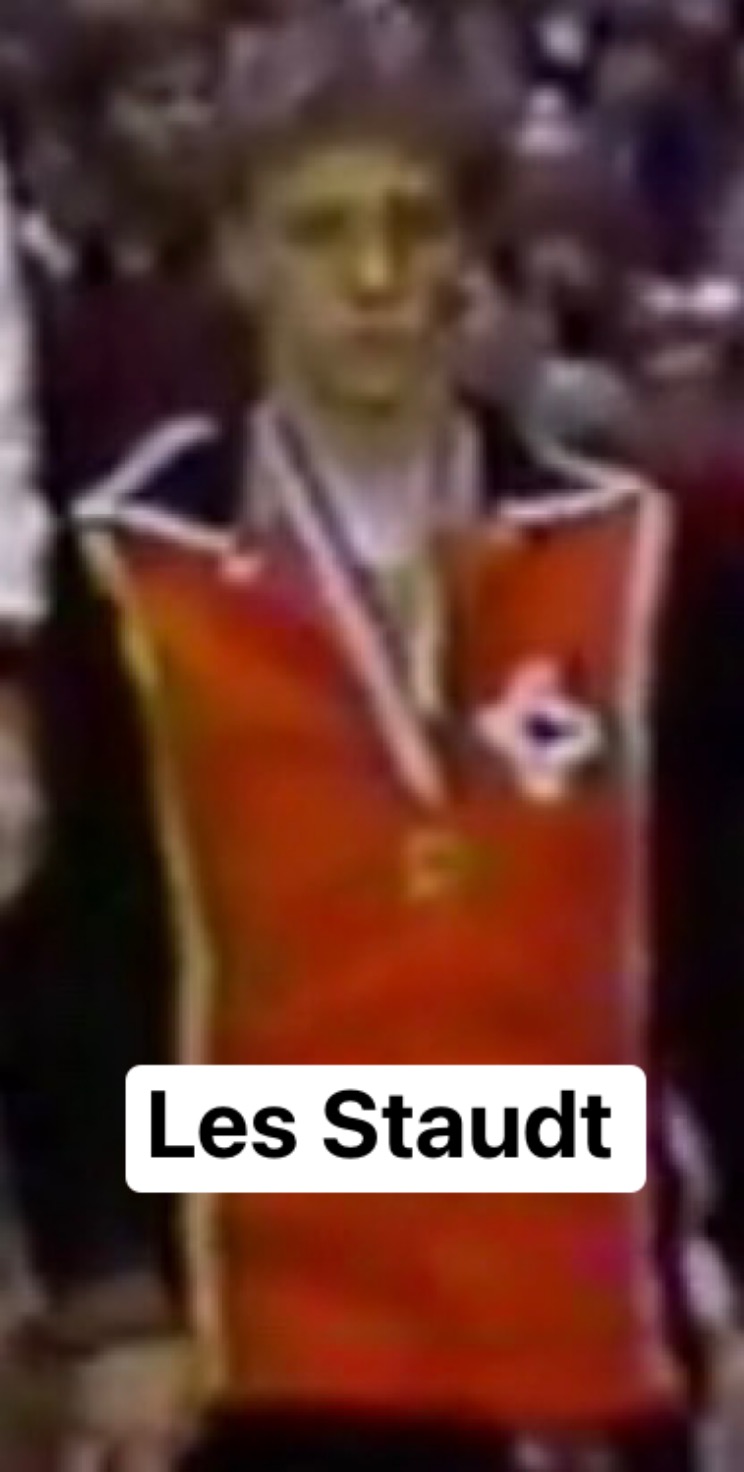 Staudt would later go on to have a son named Adam (Charles City) who would go on to place 2nd at state, falling in the finals to a guy named Jacob Marlin from Creston who won his 4th title. 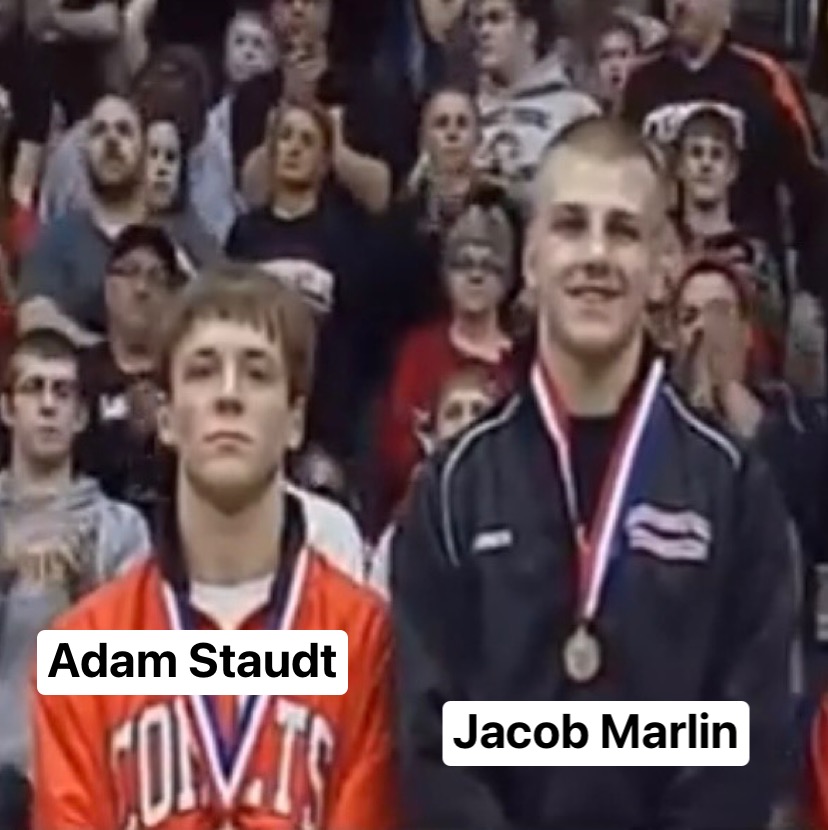 Jacob Marlin is the son of a man named Randy Marlin from Creston who won a state title in this weight range the year before in 1986… haha ok, now I’m stretching it. 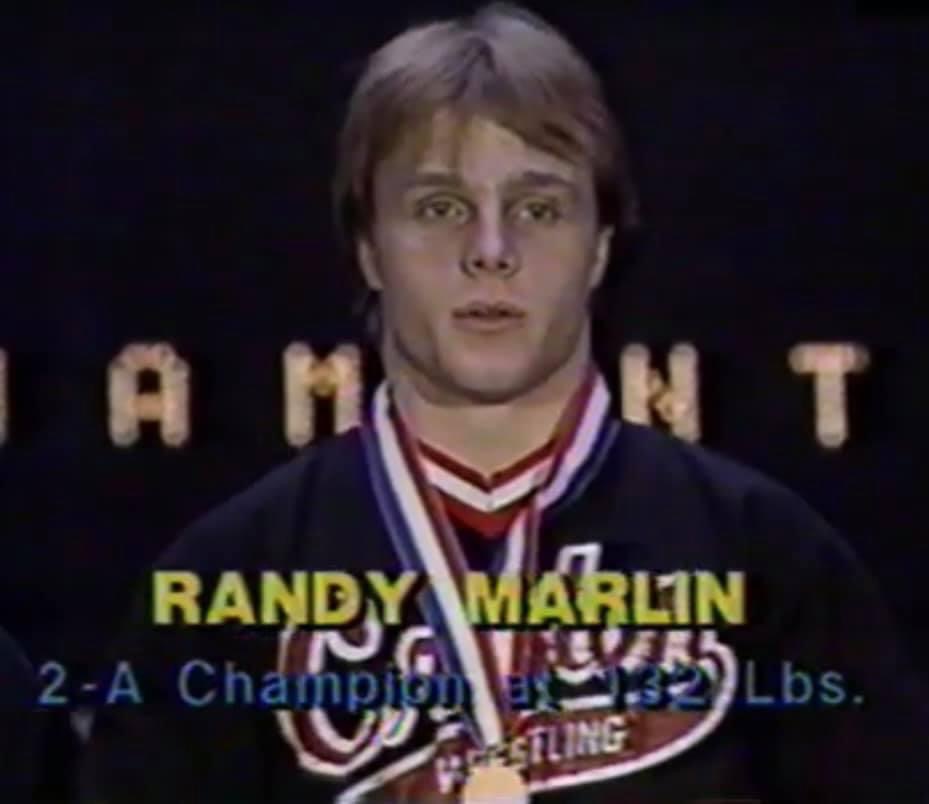 It should also be noted that Dan Teske beat a Sophomore, Doug Kjeldgaard first round… Kjeldgaard would win a state title of his own a couple years later, and his brother, David is without question one of the best HS wrestlers the NATION has ever produced. 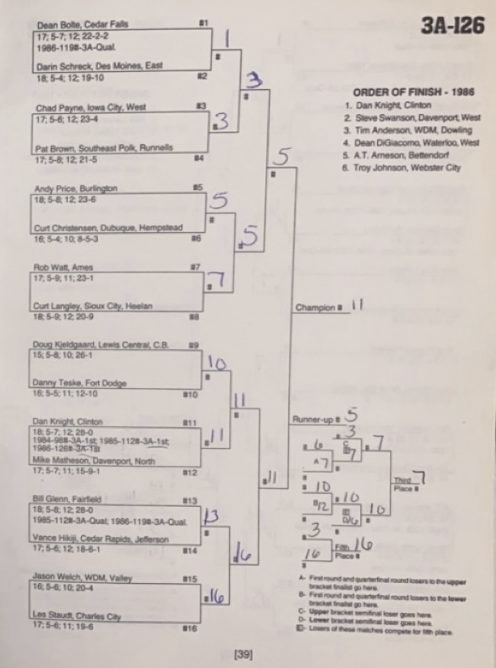 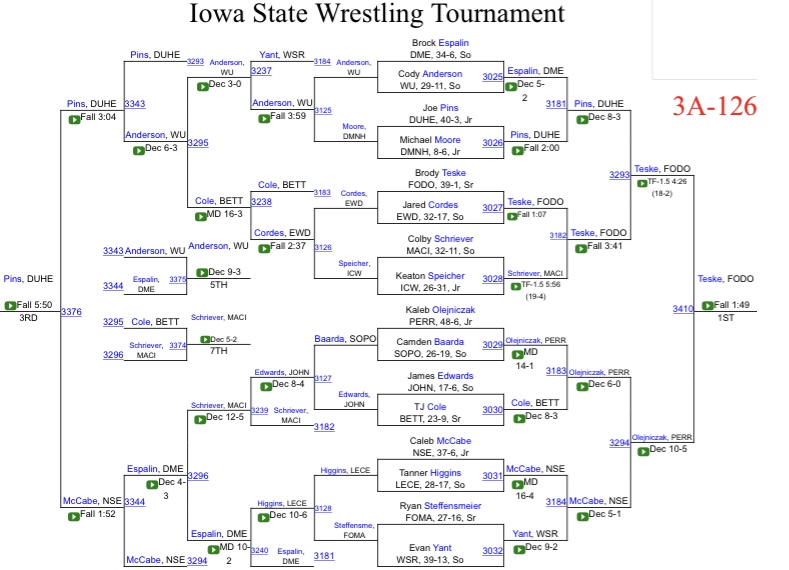 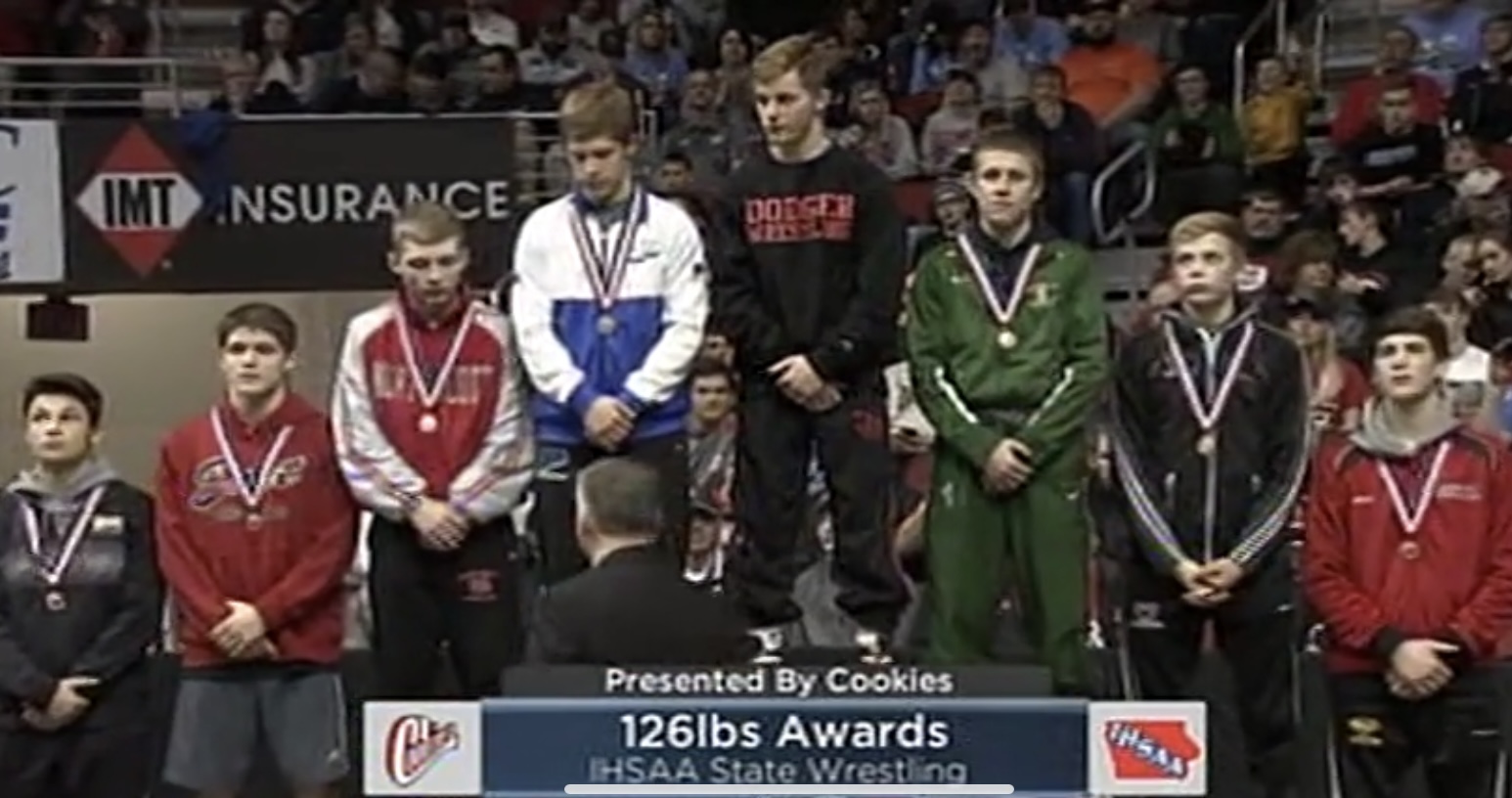 It’s a small and crazy world, isn’t it? You know what would be really weird? If the guy who got 4th place in Brody Teske’s bracket, Caleb McCabe from North Scott, went on to have a son that became a 4 timer someday!