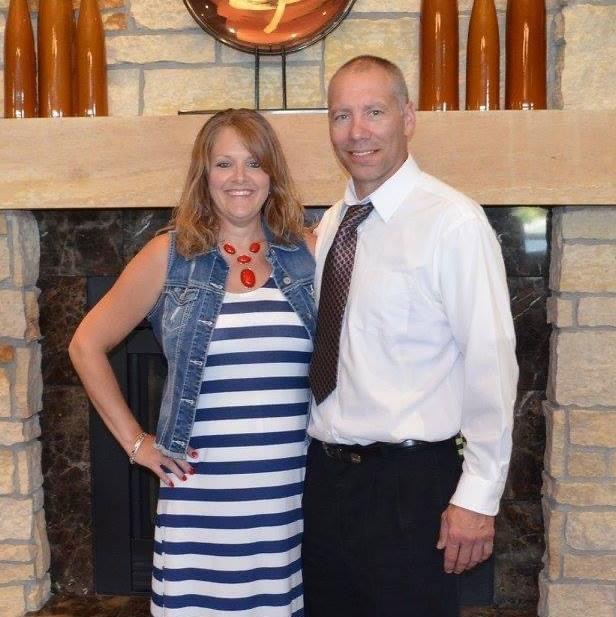 A lot of you have been following The Pin Doctors and what I’ve been  up to with it since the day I started it a little over a year ago. I don’t feel like I’m going out on too much of a limb when I say that many of you have had a lot of fun in your time spent here, which makes me feel proud beyond words. My brother, Shea discovered how much fun people on a wide scale level have had on the site a few months ago. He was pretty proud of what I am doing after a conversation he had with someone while coaching a football game…and he can be a bit of an tough sell for me. If he likes or dislikes something I’m doing, he’s not afraid to hurt my feelings about it. And if you do something well in his eyes, you earned it, for he will not flourish you with even the most microscopic of compliments unless he means it.  So you can about imagine my excitement when he got ahold of me one night, noticeably excited. He indicated to me that he couldn’t wait to tell me whatever it was he had to tell me. When I got him on the phone, he said that someone he had just met that night at the football game had some nice things to say about the site and about me. The way he described it, during a break, he was having a routine conversation about wrestling with the officiating crew when he mentioned that his brother launched a wrestling website. Shea isn’t necessarily an avid reader or follower of the site, so I don’t think he expected anyone to know what it was. When the crew asked him what it was called, he told them it was The Pin Doctors and to his surprise, every one of their faces lit up and it became apparent to him that not only did they all know what it was, but they all really liked it. It was one of the first signs for Shea that the site had actually been getting somewhere in terms of it becoming widespread and received well amongst the wrestling community… That there may be something to this wrestling site I was always babbling about.

When I asked him who these people were, he told me 3 names, but pointed out that one of them seemed to be a more avid reader/follower than the other two. His name was Wes Pargeon from Montezuma. Ironically, I had just become familiarized with Wes’s name within the 2-3 weeks leading to that evening, for I had recently uploaded his state finals match. Also, I almost bought a truck from a man named Zac Whitehead, who told my dad and I when we met with him that he was related to the Pargeon’s from Montezuma. So I thought this was cool.

Shea told me he was proud of me. That doesn’t happen all that often and it made my day…thanks to Wes Pargeon.

​It was just another sport my parents got us brothers into.

Do you have any family who wrestled or wrestles currently? How did they do?

What were your youth results?  Any rivals there?

I don’t recall recording my record. Delson Knowler from Bloomfield and Sage Dalstrom from Pekin were 2 individuals I remember.  Delson would get the win and Sage and I would go back and forth.

​I don’t recall exactly, somewhere around 80 wins and 20 loses.

Notable to myself was losing 21 lbs. my freshman year. It was definitely a learning experience for my next 3 years.  Also not wrestling sectionals my junior year due to back injury and not being able to wrestle till after Christmas my senior year due to tonsillitis and mono.

It really depended on who I was wrestling at that time.  Sometimes I was the aggressor and sometime I just waited for the opponent to make a mistake.

My senior year I wrestled Phil Grimm from English Valley.  I won our first encounter and he won the next two.

Jim Bond taught me as a youth and was my assistant coach in HS.  Gary Stroble was my JH and HS head coach.  Coach Stroble started our Montezuma wrestling program in 1981.  Montezuma didn’t even have mats to practice on when they had their 1st meet with 6 wrestlers.  Montezuma never won a dual meet until 1982. He got his 1st dual shut out in 1983. And his 1st state qualifier in 1985 (my brother Mike).  Some of you reading this will understand when a coach and student click, good things happen.  I was fortunate to click with 2 coaches.

​We had a good team in HS. Of course, there were better teams out there.

Having an older brother and 2 younger brothers I can’t just pick one.  Along with our sibling fighting at home, watching all 3 brothers practice and compete helped me become a better wrestler.

​I can’t just say 1 wrestler. There are several that meet the requirements of a GOAT.

How would you describe Montezuma wrestling, past and present?

I would describe it as a struggling program past and present.  Spectators, overall, would rather watch a game not a match.

Would you consider a strength of yours to be your ability to scramble well and be able to hit some funky technique that works well?

​A strength of mine was being able to scramble. But as far as funky technique, no.

​Spencer Lee for his dominance and Austin Desanto for his attitude.

​About whatever I could get reception for?

I would have to say my senior final match at state. It wasn’t the fact that I lost but because the season was over.

I would have lifted weights.

Having my parents at every tournament and meet is a great memory I will never forget. Winning my 1st wrestle off as a freshman and finishing 2nd place at the state tournament as a senior.

Who were some of your notable competitors in high school? College?

I met Shawn Pippert at the Louisa Muscatine tournament in the finals every year.  Unfortunately, he was victorious every time.

​Only wrestled during the season.

I would hope the guys today would kick our butts due to the excessive time they spend on the mat.  There are a lot of kids going to clubs and tournaments year-round today.

Did you wrestle after HS?

My second year of college I went to Buena Vista and wrestle for ½ year. My mind set and extracurricular activities outscored my college wrestling career.

What are your favorite sport teams?

​All Iowa Hawkeyes and Tennessee Titans

​I taught our little kid program for about 3 yrs. It was a thrill at that time.

​Just wrestling with my kids on the living room floor.

I would start off telling them about my senior tournament results. I wrestled in 7 tournaments starting after Christmas. I only won 2 of them and placed 2nd at the other 5(sectionals, districts and state were all 2nd place).  Believe you belong with the best of them. Set your goal high but achievable. Don’t forget to have fun.

To the late Troy Rohret from Clear Creek. I never knew him personally, but I’m sure he was a great guy. He beat me in the state finals 4-2. Rest in peace, Champ.

Do you have anything to add?

​One thing I want to say is thanks to you Joshua Swafford.  What you have created here brings back a lot of great memories. Thanks again.

Next post: Who Is The Iowa HS Wrestling GOAT?!?! The Case For Cullan Schriever, Mason City