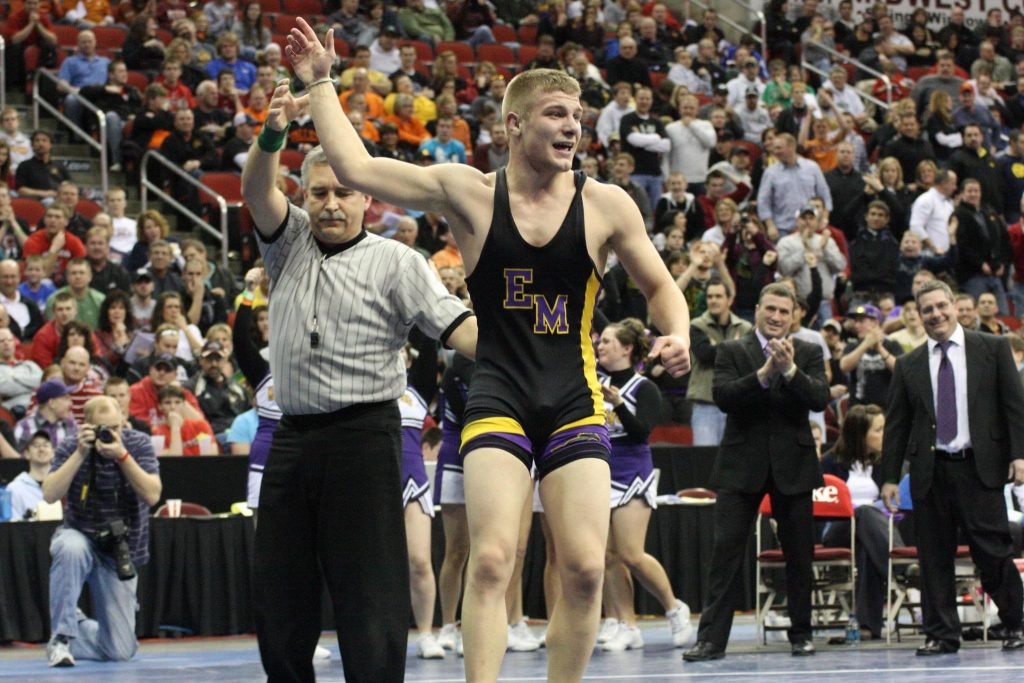 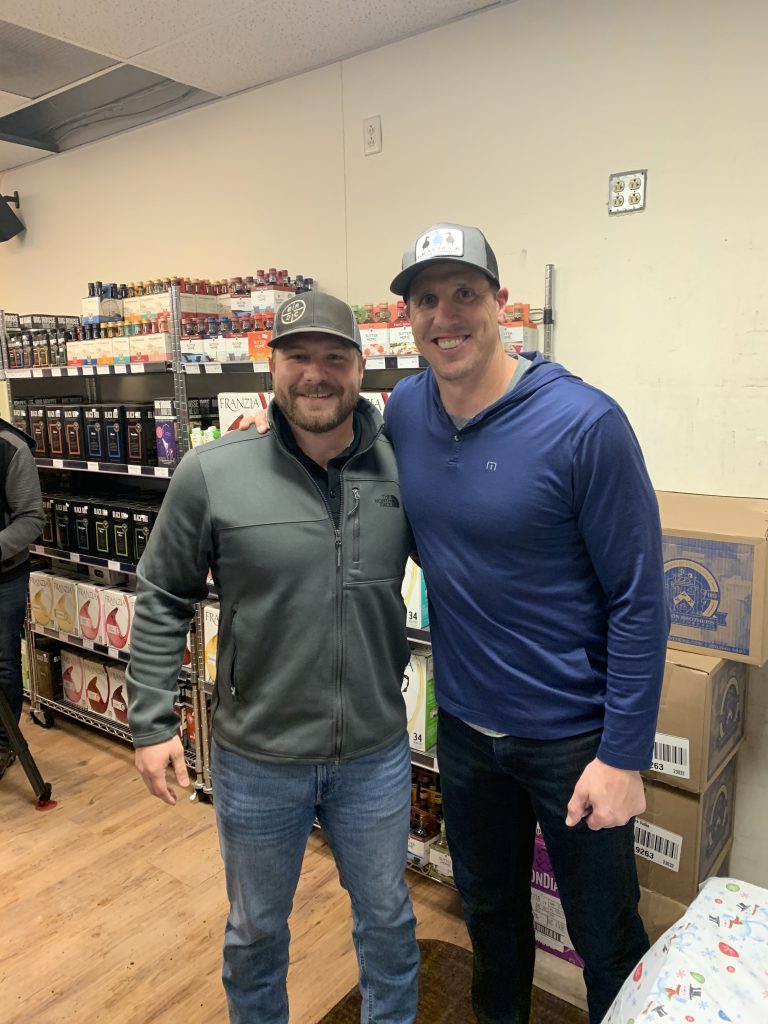 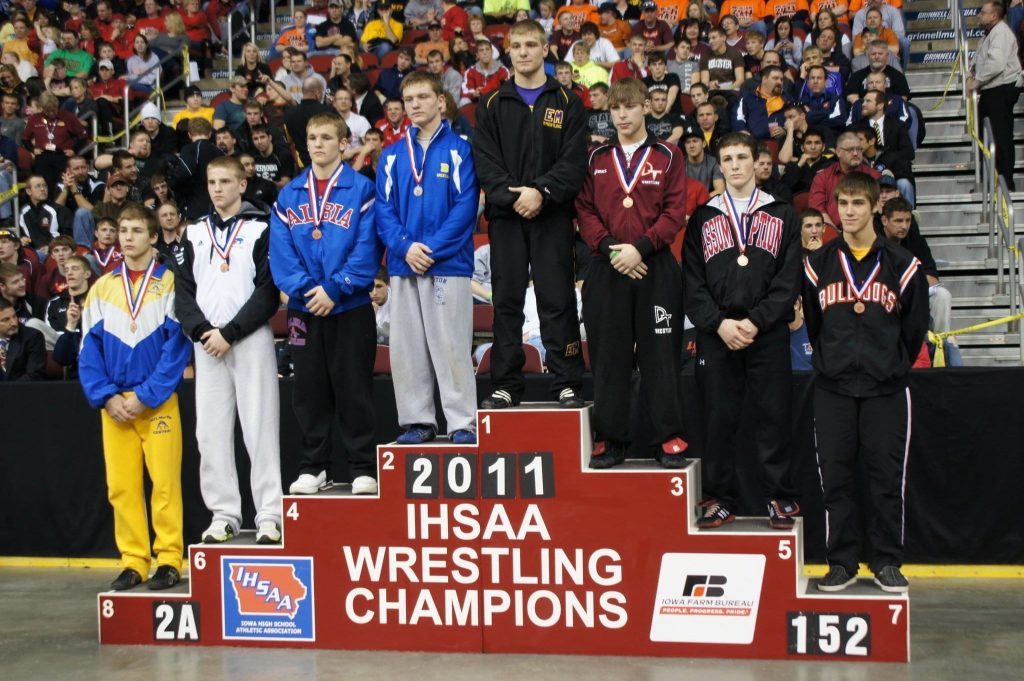 I wrestled at South Tama club until my 5th or 6th grade year. Then I went to East Marshall for a year before going to Cedar Rapids Hammerin Hawks. Then I transferred schools to East Marshall my 8th grade year until I graduated. In college I went to Iowa Central for a semester and spent two years at Itasca Community College in Minnesota.

My dad is the one who encouraged me to give wrestling a try.

My dad wrestled only a couple years when he was in high school. My brother wrestled from the time he was young until his senior year. I’m not quite sure how my dad did but my brother had an average career.

My youth results were not great. I lost a lot of matches when I was younger. I believe it was roughly my 6th grade year is when I started winning matches and tournaments. I finally placed at AAU state my 8th grade year. I took third.

I would have to say wrestling in the finals. The guy had beaten me twice at in the prior weeks. I was down 4-3 with 13 seconds lefts. After a couple shot attempts my opponent got hit with stalling and it was his 3rd stall call which tied up the match and I didn’t know it. I took a shot and got a takedown with 1 second left on the clock.

I would have to say Chase Skoneczka from Benton. Throughout high school I beat him every time but the scores kept getting closer and closer. Then our senior year, he beat me at sectionals and districts. We both went on to make the finals and once again it came down to the end with me scoring a last second takedown to win 6-4.

East Marshall was a very competitive team. We took 7th 3 years in a row at traditional state. My junior year we finally were able to make it to dual state after losing to Dallas Center Grimes and Denver Tripoli the previous years at regional duals. We finished 4th.

In the practice room in high school, we listened to a lot of classic rock. In college my teammates were more into the rap music.

My freshman year in high school. I won sectionals and was the heavy favorite to win districts and my first match I wrestled sloppy and it went into sudden victory and I had to ride him out. The guy stood up and I was about to bring him back to the mat and I tripped and lost my grip. Then the guy I beat in the finals at sectionals went on to place at state. I told myself I would never put myself in that situation again.

I would go back and start lifting in high school.

Being the first state champion for East Marshall/GMG. There are many wrestlers that I thought would be the first for EM/GMG. A couple that comes to mind is Brett Rosedale and Sam Upah. They both were great wrestlers.

I wrestled at Iowa Central for a semester before joining the military. I didn’t compete there. Then I wrestled up at Itasca Community College in Minnesota for Dan Lovell who coached me in freestyle and greco.

Wrestling has taught me to be a hard worker at everything I do.

I am currently a Lineman Apprentice.

Sadly no. I was a coach for a freestyle club up north and I was a freestyle and ref for a few years.

I would have to shout out to coaches Todd Hinegardner, Kelly Madison, Dan Lovell. Also shout out to a couple wrestlers that kicked my butt every day in practice, Sam Upah and Jase Schossow.

After I won state, I walked back into the locker room and on my bag was a one dollar bill with the words State Champ on it. To this day, I still do not know who did that.