WHO IS THE IOWA HS WRESTLING GOAT?!! The Case For Max Thomsen of Union/UNI Panthers 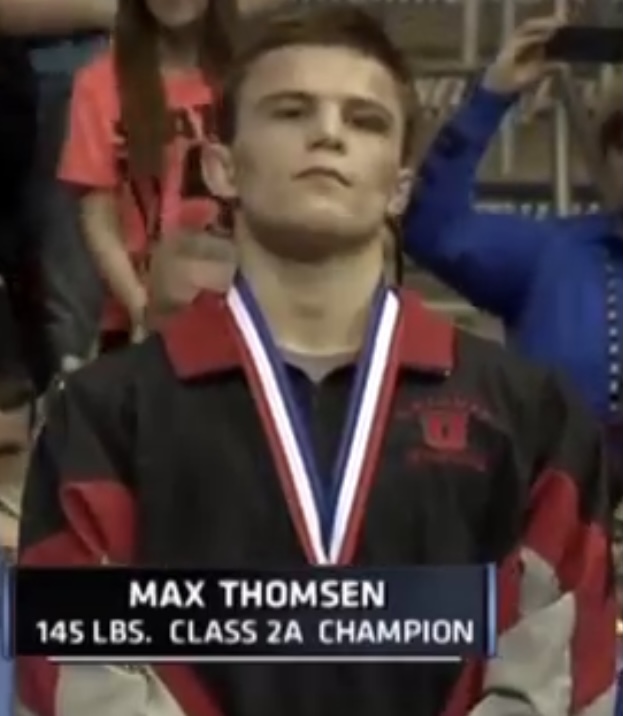 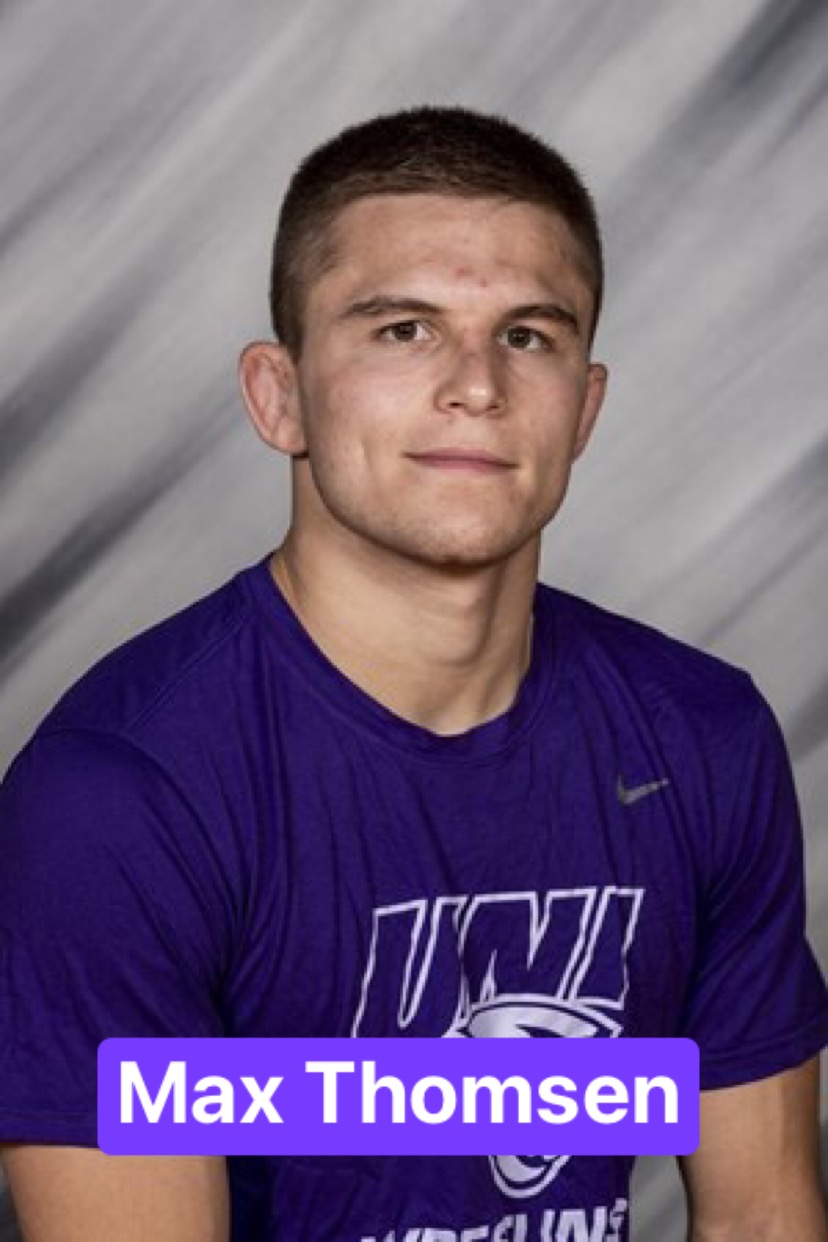 Max Thomsen… I probably watched him wrestle at least 200 matches from youth wrestling on up. Max and his brothers Jack and Logan, who are state champions themselves, wrestled in the same club as my brothers (DC Elite), so we were often at the same events as them. Man, that is one great wrestling family.

The first time I saw Max wrestle was against Cole Erickson in the USA State finals when they were kids. I had always heard Max’s name before that day though, just from listening to the Erickson family talk about how talented he was. When I read on the wall chart that Cole and Max were going to meet up in the finals, I had to see what he was all about, so I went out of my way to ensure that I was able to watch it matside. The match was a physical barn-burner that became somewhat chippy at times between the wrestlers and the fans who were watching and screaming for who they were rooting for. A very intense match. I think Cole had a 1-2 point lead going into the 3rd period. The moment I started thinking that Cole may pull it off against this borderline unbeatable Max Thomsen kid, BOOM! Max hit Cole in an explosive outside carry straight to a kelly and put Cole right to his back. Max hung on and won the match.

This opened my eyes for a couple reasons. For one, it was very rare to see something like that happen to Cole. Cole was just always in such great position, it was rare for him to go to his back. Secondly, I was a huge outside carry guy myself and was blown away by how explosive and fluent Max’s carry was. He executed it PERFECTLY and from that point on, I witnessed Max nailing hundreds of flawless outside carries just like it. It works for him at the D1 level still. He is a perfect example of just how effective that move can be if you learn it the right way and practice it correctly. My dad was adamant on coaching all 4 of us brothers to have a good outside carry in our arsenals to always be ready for use as one of our primary weapons. When teaching us the outside carry, Dad always emphasized that it’s just as important to learn the “counters to the counters” as it is to learn the move itself, for if you are able to become fluent with those and your opponent stops your shot, you don’t have to resort to being stuck on your elbow and knees.

Max was extremely good at properly controlling what my dad would refer to as “the lifeline,” which is the opponents near arm. If you let “the lifeline” go mid-move, you better go to a single-leg quick, or else your face may hit the mat.  Max was also good at using both his upper body and hips to pull the guy’s arm and shoulder straight to the mat while his hips never ceased from having forward momentum. It became instinctive to him to always catch that arm if it was there so he could put his opponents to their backs. Max is a pinner, so he was always looking to go for the kill, if given the chance. If a guy countered Max’s carry, that’s fine. He would either go to a Kelly or go to a single-leg. He was safe here, for he was very efficient at sensing his opponent’s momentum and knew how to use it against them. In fact, I’ve never seen anyone better at sensing and using momentum as an advantage like Max Thomsen. He is the absolute best I have ever seen at that. I witnessed several smart wrestlers who usually stayed in good position and generally had great mat sense fall flat on their faces because Max was able to quickly sense where their momentum was going while in mid-motion and was able to stop himself on the dime and quickly change directions, resulting in his opponent hitting the mat with their face. It was unbelievable that he could even stop himself, considering how explosive he was when he hit the shot to begin with. And it was all one fluent, multi-step move that became like muscle-memory to him. Max’s outside carry was so powerful that it made him resemble a tidal wave when he’d hit it and his opponent was an unlucky surfer.

Don’t get me wrong, Max did more than just the outside carry series. He could do it all. The carry series was just his bread and butter. 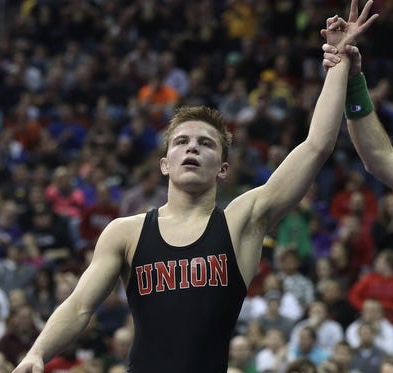 So Max Thomsen won 4 state titles in high school. He finished on a record-breaking winning streak of 199 wins in a row and with a  career record of 210-1. He was a Super 32 runner-up and a NHCSA Nationals Champion. He was also a Northern Plains champion.  By the time he finished his Senior year campaign, he was considered to be the #2 recruit in the nation. It was the University of Northern Iowa that was fortunate enough to land him and so far, he is a 3X NCAA qualifier and was an AA as a Freshman. His resume is incredible. It’s been top tier since he started wrestling.

So does Max Thomsen have a case for being considered the GOAT Iowa HS wrestler? Put it this way… I have received probably 100 responses from people for various articles in which they are asked who they thing the GOAT is and it just floors me that no one has mentioned Max yet. I need to find an outside carry-kelly guy to interview…like my brother, Brennan. I always wonder how I would answer that question myself if I were to complete one of the Remember The Wrestler articles and despite the fact that I don’t really think there is a possible way of ever knowing who the GOAT actually is, I may just have to go with Max. Because why not? He has the resume FOR SURE and of course being a “carry guy” myself, I want to see another “carry guy” get some much deserved love. Max Thomsen may very well be the GOAT.

Here are the state  placing results for when Max was in high school: 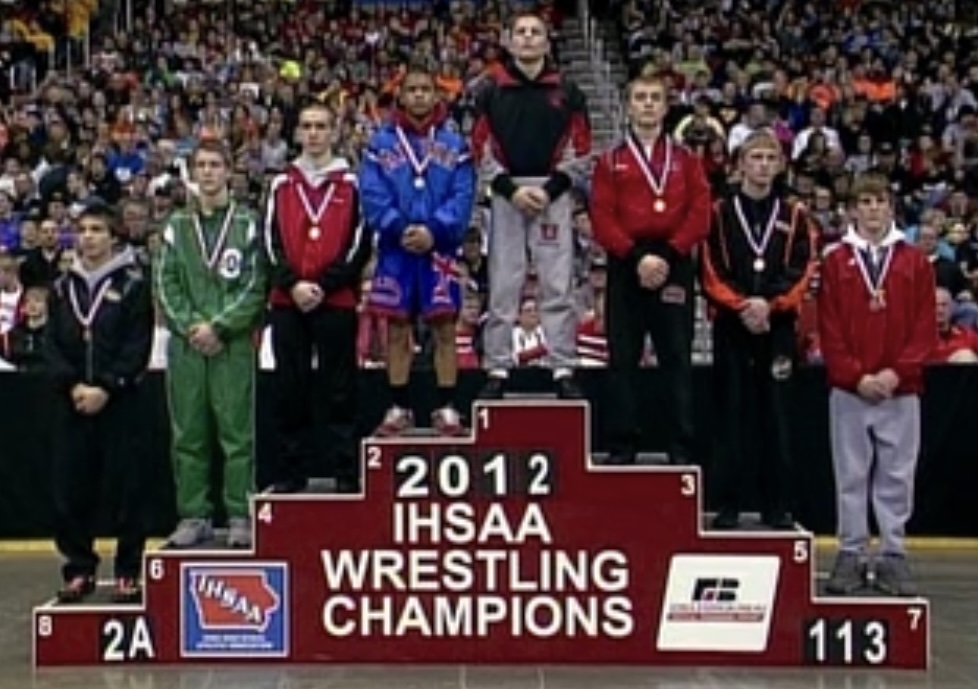 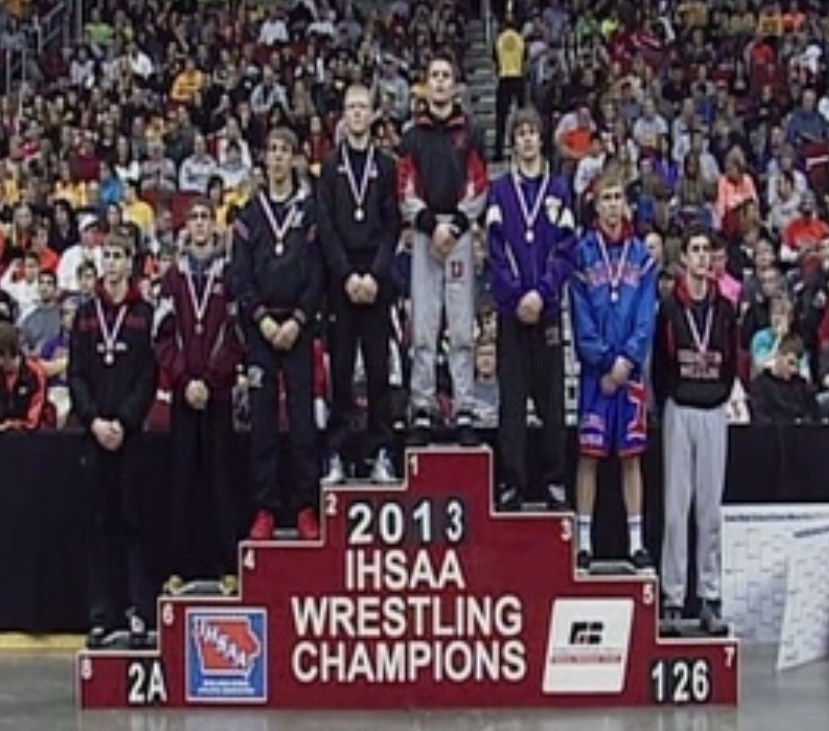 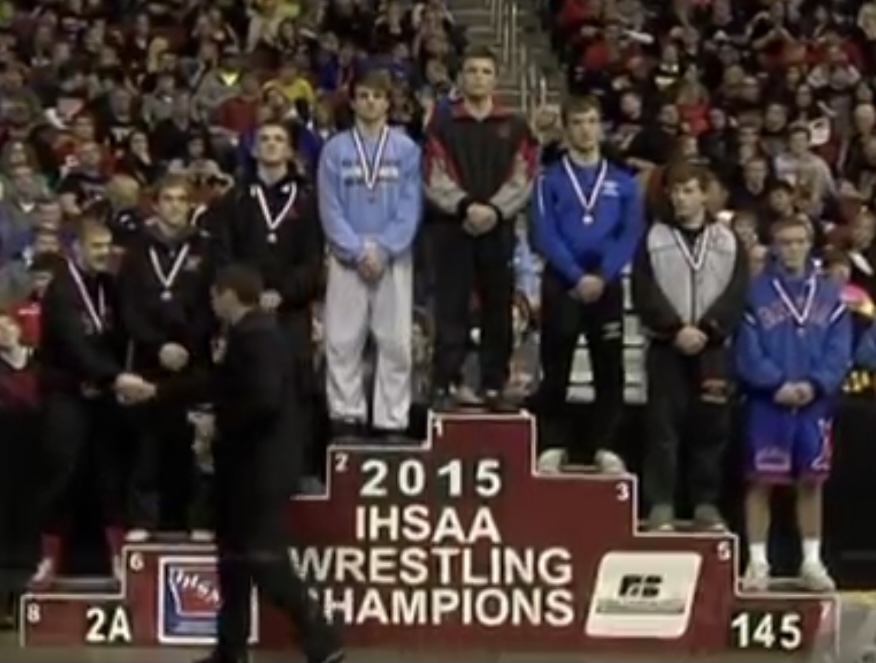 You guys remember this match? I’ve spoken to several people who consider Stroker the GOAT. Welp…. they must have forgotten this match. Big thanks to IAWrestle for allowing us to use this. This video is nostalgic, for I think it was the first video they had that received a ton of attention/views.

Next post: How Close Were The 3Xer’s To Winning 4? Kent Streicher of Starmont and Adam Allard of West Sioux