Who Is The Iowa High School Wrestling GOAT?!? The Case For Mack Reiter, Gilbertville-Don Bosco 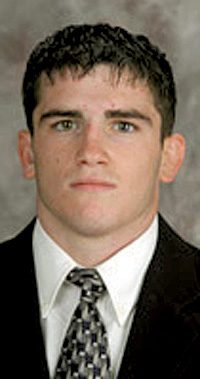 I never saw a single person have the ability to fire up an entire arena with his heroics like Mack Reiter did several times in his HS career.  Mack was a popular wrestler in our era. Everyone, even people who didn’t know him seemed to like Mack and they cheered for him and why wouldn’t they? He always had a smile on his face and acted respectful to people while off the mat and when he was on it, the ways he would win matches and who he would win them against was enough to fire up the common spectator. I mean, when he wasn’t pinning a guy in 10 seconds or teching them out in the 2nd period, he may have had matches where he was down and it seemed unlikely that he or anyone in the world would still be able to pull off the win and Mack found whatever fire he had left within himself and won these matches much more often than not.  This is a guy who had guts and HATED to lose. And the closer someone came to sealing a win against him, the harder he fought back to ensure that it didn’t happen. Mack’s pin over Dan Davila from Underwood as a Sophomore after trailing 6-2 late in the match was the single loudest moment that I recall hearing at the Iowa HS State Tournament.  One of the things that makes Mack’s career impressive is that he was able to defeat Dan Davila 3 times…and never lost to him. He tech falled him once, he beat him by a point or two once and of course, he had that pin. If you talk to guys who were at that weight range and from that era, the majority of them who faced Davila will usually tell you that the guy seemed unbeatable. Just unbelievably good. And too physically imposing and fast to even hang with him. Welp, Mack didn’t get that memo. Davila only won one state title because of Mack… And he was talented enough to win 3-4.

Mack Reiter won 4 state titles. He won most of these matches as if it were just a routine, easy thing to do, but he did have some pretty close ones.  A lot of people may automatically cross Reiter off as a candidate for the GOAT the moment they see that he did have 3 losses, when guys like Jeff Kerber, Dan Knight, Jeff McGinness, Eric Juergens and John Meeks did not lose a single match in high school.  I hear this all the time. “Swaff, you can’t write these about anyone, but the guys who never lost. The other ones are out of it.”  Nah.  Not true. Who knows what may have influenced outcomes in regular season competition. Things happen. The best do lose.  And the best of the best use these rare losses as something to learn from, which they do.  Anyone who doesn’t see the case for Mack after reading this may be just Gopher-hating.  Not to mention, if they didn’t abolish the 98 lb. division, Mack may never have lost, who knows? Because Mack would have been 98 as a Freshman if they still had it. A couple of the undefeated guys listed above wrestled at 98 as Freshmen (Kerber and Knight) because it was available to them.  Would they have won titles as Freshman as an undersized 103 lber like Mack did? Who knows?

Here are the placers from every season that Mack won state:

Yes, he was battle-tested. He did this against stellar competition.

Mack Reiter most certainly has a case for the GOAT. It doesn’t matter who you would choose instead of him.. if you took that person and put them against Mack, they would be in jeopardy of losing.  I don’t care who they were. Mack made things happen.