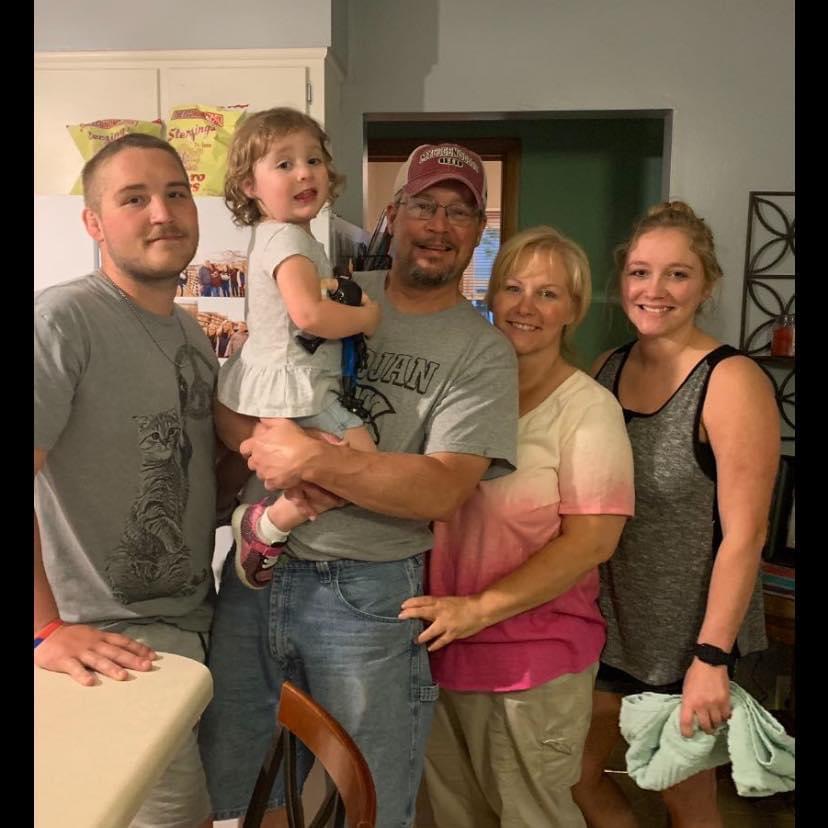 Fairfield. Mepo has seen a lot of Fairfield over the years. For like 25 years straight it seemed like we wrestled each other 3X per year at the Mepo Invite, Sectionals and Districts. You’d think I would have covered a Fairfield guy by now considering they are local and we ran into them so much, but honestly, I don’t recall ever speaking to anyone from there in all those years. There was no bad blood between the squads or anything and the matches between the squads were always respectful, but it just seemed like socially, not very many SEI people from the Mepo, Columbus Jct., West Burlington, Wapello, Louisa-Muscatine, Fort Madison, etc. squads seemed to socialize much with the Fairfield guys. They seemed to be in the imaginary social circle of schools in the Mt. Pleasant area. It seemed like the only time we would run into a guy from the Fairfield squad would be if one of them were dating one of our cheerleaders or vise-versa. They seemed cool, though! Very businesslike and always brought very balanced squads with not many real weak spots in the lineup. They have great school colors, too (orange and black).

I followed a lot of their wrestlers and my favorite Fairfield wrestler ever was a kid named Seth Davisson. Why was he my favorite? Well, because out of any kid that I have seen wrestle since I graduated, no kid’s style has reminded me more of myself than Seth Davisson. Ya see… headlock guys pull for each other… I was a headlock guy and so was he. Therefore, I always pulled or him. Unless he was wrestling Mepo’s Adam Drain…who happens to be one of my favorite people in the universe. Seth was ALWAYS having to wrestle Drain, it seemed… and that’s a bad draw for anyone, for by the time Drain was in HS, he was already like a 10X National Champion and a multiple Trinity Award Winner. When Drain was at his best, there was no one to go through Mepo that was better than him…EVER. Adam Drain was elite. And he seemed to be the only guy that Davisson couldn’t launch with that sweet headlock he had. If he wasn’t wrestling Drain, he seemed to be destroying whoever he wrestled and man did he have some good stuff in his arsenal. I was very happy to see him on the podium as a Senior.

Glad to finally cover a Fairfield wrestler. Much respect, guys!

When did you start and who did you wrestle for in youth wrestling? Who were some of your youth rivals and how did things go?

I wrestled for the Stars and Stripes youth wrestling program in Fairfield as a kid and I started in 2nd grade. Went to about 4-5 tournaments a year until about 5th grade. At that age I started going to more. Always was throwing headlocks as a kid going for the win and it usually worked. Got into middle school and those wins didn’t come as easily. I think I went 15-17 both 7th and 8th grade years. Not sure how many times Matthew Seabold beat me by 2 or 3 points. Other kids I had rivalries with in my youth were Mitchell Hora from Washington (man that kid was an OX), Dylan Pigsley from Eddyville and Griffin Osing from ALBIA was always fun.

What year did you graduate and which weights did you compete at?

Graduated 2013, never wrestled a JV match. Preseason/Football injuries to Jeff Guttry  (later on my partner and placed 3rd at state) and Tanner Metcalf  (practice partner once Guttry graduated)… I didn’t do great as a freshman having to wrestle Ethan Mooreman and Mikey England on the reg at 160/171. Sophomore year I got bumped to 189 and that worked out better for me, for I won thirty matches that year.

Are you involved with wrestling today?

Not involved at the moment other than I help at our Fairfield invitational kids tournament every year.

Did you qualify for state in HS and if so, how did you do there?

1 match away from qualifying for state that year. Junior year the weight classes changed and I started the year at 182 and cut to 170 (same thing happened as a Senior). Made it to state junior year.  Tore my labrum in a 5-2 match to place vs. a freshman named Cash Wilcke. No medal. Senior year, I faced Adam Drain from Mepo at districts and sectionals took second both times then 5th at state with Wilcke taking 4th both years I wrestled at state. Wilke tech-falls me that year though. He was the strongest kid I ever wrestled.

Did you play other sports in HS or wrestle in college?

Didn’t wrestle after highschool. Was a 2 year varsity in baseball football and 1 year in soccer as well.

Who was your HS wrestling rival?

The biggest rival I had in highschool was Richard England. I did pin Steven Ferentz with a headlock as a sophomore.

What are some of your favorite sports teams and athletes?

Would you like to give a shout-out to anyone?

I’d like to give a shout-out to any coaches, friends, fans and family for always being there. My head coach in middle school and last couple years of high school, Steve Miller. Another couple coaches that were huge for me were Jeff Courtright (Stars and Stripes – freshman year) Mike Burgraff (Stars and Stripes- sophomore year), Joe Fritz and Adam Foreman for always being in my corner!

I have moved jobs a couple times since high school. I worked night shift in a factory for 3 years and now I install solar panels.

Do you hold any records at Fairfield?

2nd all time for wins in Fairfield history

What were some of the most heated matches you had that stick out to you today?

Senior year I beat brad scubal by 2 at the Fairfield Invite when he was a sophomore. I beat him again the following weekend in a wrestleback to get to Adam Drain in overtime. The only reason I won that match is because I deferred my choice in the first period. I usually chose down, but Coach Miller told me to defer and I ended up with the last choice and went down and escaped and won.

Next post: Who Is The Iowa High School Wrestling GOAT?!? The Case For Mack Reiter, Gilbertville-Don Bosco

Previous post: Who Is the GOAT Iowa HS Wrestler?!? The Case For Dan LeClere, North Linn