Who Is The GOAT IA HS Wrestler? PART 1 of MANY to Come: The Case For CJ Ettelson 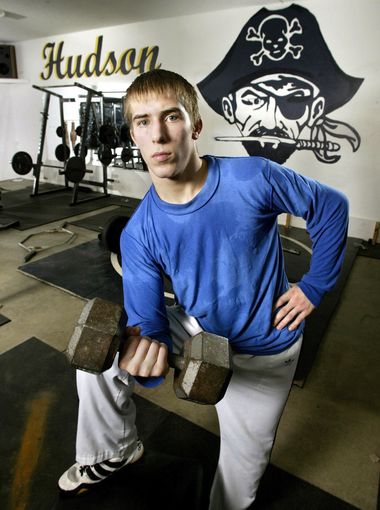 NOTE: This is not an article that is crowning CJ the GOAT. This is the first article in what will be many to come in which I state the case that guys may have for being the GOAT. There may end up being 100 of these, for an argument can likely be made for that many. Some arguments better than others, but an argument at least. Plenty of guys have had their eye-opening moments. Heck there are a couple of 1xers who have pulled off feats that were out of this world. Dan Davila from Underwood in 2002 may have been the best ever 103 lber I have ever seen…and that’s the only title he won. Plenty of examples like that… and you’ll read all of them.

I get hung up quite a bit on the “Who Is The GOAT Iowa HS Wrestler” topic every time I merely see it referenced. I have gone back and forth with my own opinion and just can’t seem to settle in. I have come to the conclusion that this is a question that has no right or wrong answer and you can make a case for MANY guys who have gone through. And with this series, I plan on doing just that. I plan on starting with the 4 timers and 3 timers and eventually just writing about anyone who has a case, regardless of how much of a stretch it is.

The most common GOAT’s on RTW are Jeff McGinness, Eric Juergens, Mark Schwab, TJ Sebolt and Dave Kjeldgaard. Each of these guys have strong arguments to be made on their behalf. Heck, Juergens and McGinness never lost a match in HS. But something that is more intriguing to me is who hasn’t been mentioned… one of these that sticks out to me is CJ Ettelson from Hudson. I understand that there wasn’t much grey area with him…people either loved him or hated him and I always felt that he was misunderstood. He was animated and this was often perceived as “cocky.” However, if you meet the guy, he goes out of his way to be friendly…in my experience anyways. I can’t help, but wonder if he hasn’t been mentioned yet because of potential misperceptions affecting their recollections of him… For CJ most certainly has a case for being among the greatest ever.