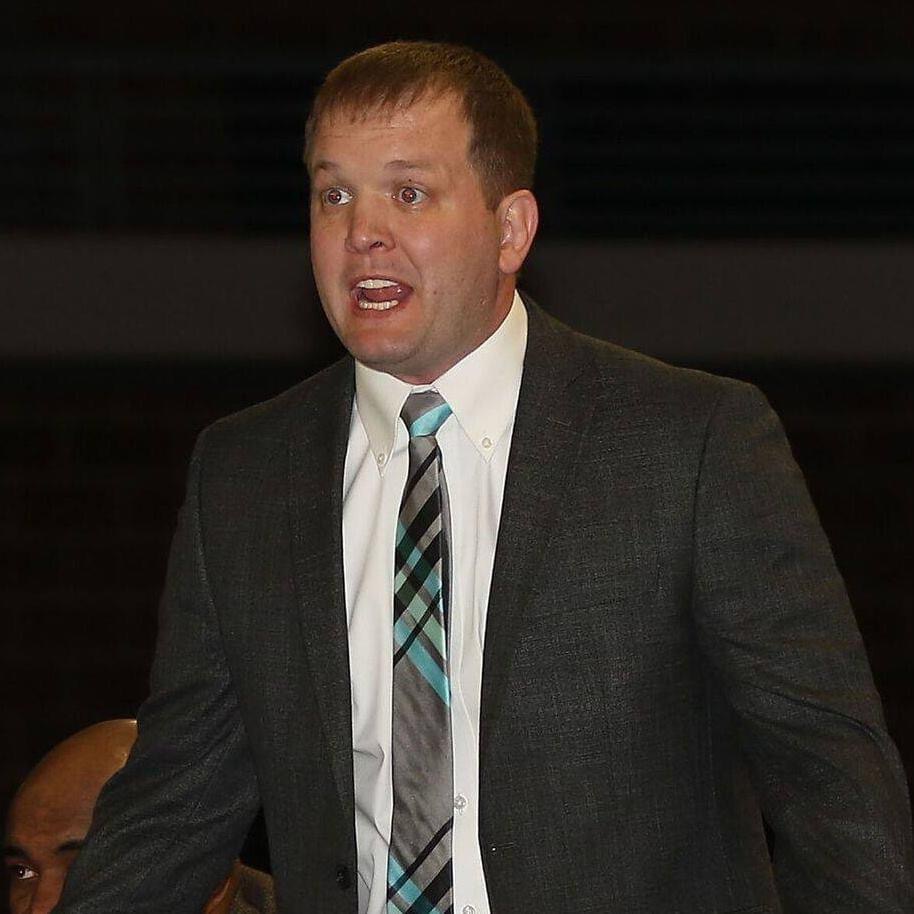 The first time I heard of Dana Vote was when I was an 8th grader and he was a 7th grader. We were in the same bracket… Division C-110. One of my wrestling buddies that I’d make a point to talk wrestling with every time, I saw him was a guy named Brett Wheelan and he was also in my bracket. He and I met up and discussed every wrestler in our bracket and when we got to Dana Vote, I said to Brett, “I’ve never heard of that name, ever… I’m guessing he’s not very good.” Brett’s eyes widened and he snapped, “Dana Vote?!? Where have you been, Swaff?! He’s in the grade below us and is actually pretty good!” Haha, the look he gave me was as if he were wondering if I had been living in a hole that I dug for my self on planet Jupiter. Then he mentioned that Vote was a guy in which he didn’t necessarily want to wrestle, for he felt like it was a style clash. Funny thing is, I think they did end up wrestling in the blood round. When Brett pointed him out to me, I recognized him immediately. “Oh that guy?!” I’ve seen him before! He’s always with that Humboldt crowd. Every year at both AAU and HS State, we always seemed to stay at the same hotel as the Humboldt guys such as Zinnell, Hanson, Bratland, etc. And Vote was always with them. Our Mepo crew of me, Aaron Drain, my brother Justin, Matt/Josh/Micah Keller, etc. had crossed paths several times with that Humboldt crew and the two groups never said anything to each other… they always kept to themselves and were polite and in return, so were we. It wasn’t rare to have an awkward encounter at the hotel with another team just because one of the people from one of the groups decided to run their mouths. This one group from Oregon was especially mouthy at AAU Nationals one year and  I can name a few occasions like that with 3 other teams just off the top of my head. Humboldt wasn’t one of them. And we seemed to encounter them more than any others. They seemed pretty disciplined, for when some of us would sneak out of our rooms or push our limits to how late we could stay up, they had always gone to bed long before that, presumably because they took wrestling seriously and knew they had to abide by rules like that in order to perform well. I’m guessing they were a very well-coached youth club.

So until Dana hit high school, I always assumed that he was from Humboldt. I didn’t know that he was from Twin River Valley until HS competition began and I always wondered the connection between he and those Humboldt guys… Turns out, he and the Hanson’s were cousins. Justin Hanson was just inducted into the Iowa wrestling Hall of Fame this season. He and Dana’s grandma as well as other relatives have been some of the most supportive people in terms of keeping up with this website. I have appreciated that. And wait until you read about who some of his relatives who wrestled were. That’s an impressive wrestling family!

So Dana is now the head coach for an NAIA school in Nebraska called Doane and he is doing great things there. He had a national champion named Bat-Erdene Boldmaa, originally from Mongolia, who was also named Outstanding Wrestler of the tournament. And rightfully so… he had the best tournament out of anyone there, in my opinion. I hadn’t officially met Dana in my entire life until I approached him and introduced myself and asked if he’d be interested in doing an interview for the site. He was very cool and gave a great interview. He was one of, if not the first person I ran into immediately after my youngest brother won a national title, which was cool, for that was one of the best wrestling moments ever for my family.

Dana has always come off to me as a wrestler who always did things the right way and stayed the course The consistent results he showed over the years at multiple levels of wrestling and from different angles now that he’s coaching, supports this assumption.

What schools/clubs did you wrestle for in youth/HS?

I wrestled for Twin River Valley in High School. My clubs were GCB and Mid-Iowa.

I grew up around the sport and went to watch my uncles wrestle with my dad.

I was a pinner.

My dad, Dan Vote, helped me find a love for wrestling at a young age. Mike Rial was also a big influence on me in my youth development through high school. Mark Schwab and Bobby Douglas have been huge influences on me from college and to this day as a college coach myself.

My uncle Darrell was very influential.

I’d have to go with Mark Schwab.

Anybody that wears a Doane Tiger singlet and my current senior level wrestler is Ceron Francisco.

I wouldn’t change anything because those experiences make me the coach I am today.

Being a college coach and coaching 3 National Champions.

Working on our acreage and spending time with my family.

There is no better feeling than helping young wrestlers achieve their goals.

The adversity that I faced through wrestling as an athlete shaped who I am as a coach today.

I am the head wrestling coach at Doane University in Crete, Nebraska.

I’d like to give a shout out to all of my coaches. Thanks for everything you did for me. Being a coach now helps me appreciate all that you did for me as a wrestler.