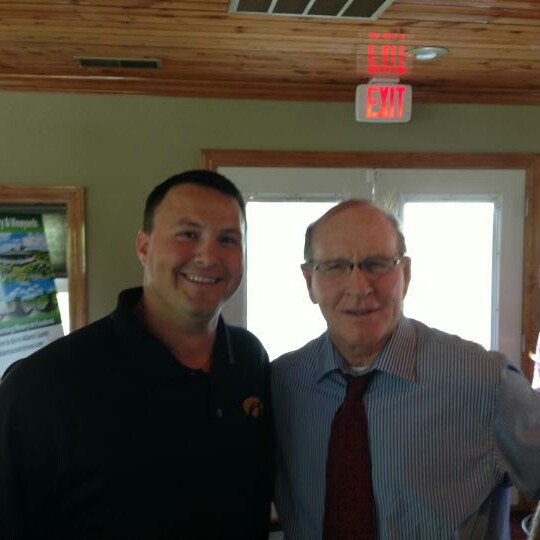 I wish I had more to write for the introduction on Wade, but the truth is, I don’t know him personally at all.  I’ve known he was since youth wrestling, but have just never met him or anyone from Lenox. The only thing I’ve ever said to anyone from Lenox was “thank you” to Seth Evans after he beat me 12-0 my 3rd grade year at AAU state. This was in response to him saying, “nice job” to me.  I’ll admit, it confused me a bit, for I had no idea what he thought I did a good job at.  My guess is that he thought I did a good job at doing my best impersonation of a bruised up punching bag. But yeah, we never saw those guys, usually the majority of the conversation consisted of someone expressing how scared they were of Tysen Christensen, for he looked like the strongest, meanest Junior High wrestler ever. I just really wanted to do one of these for a Lenox wrestler and Lenox coverage has even been requested at on point, which I thought was a great idea, for they had some absolute buzz-saws go through there. And I definitely was aware of Wade Samo. He was always making noise a weight or two above me.  Samo, Seth and Zeb Evans, Brett and Tysen Christensen, Adam Bender, etc. They were tough. Although I wish I had more to say about Wade Samo, I am happy to give Lenox wrestling some well-deserved props and Wade is one of the many faces that made them as formidable as they could be.

When I started wrestling in fifth grade, we had a little club called the “Basement Boys.” 6th-8th grade we had a group of guys that would get together to practice for the AAU state tournament. Of that AAU group I believe there were 7 or 8 of us that wrestled in the state finals in high school but we were never officially a club team. Other than that, just the Lenox JH/HS teams.

I know I attended a few practices when i was younger but it wasn’t until 5th grade (I believe) when my best friend Quent Christensen and his dad, Eddard Christensen drug me along to some practices with the “Basement Boys.” A few weeks later they brought me along with them to a tournament in Leon. After that is when I started wrestling on a more frequent basis.

My Mom’s side of the family are pretty big basketball fans. I have a lot of cousins on that side and they were all pretty good at basketball. I was the only one to ever wrestle. On my Dad’s side, I had a few cousins wrestle at Clarinda. My Dad was always a big fan of wrestling but never did it competitively. Currently I have a 6 year old boy (Jackson) who started wrestling in a few tournaments this year and took 3rd at PeeWee State.

What were your youth results? Any rivals there? I got 2nd place in 6th and 8th grade at the AAU State tournament.

I didn’t wrestle at a ton of tournaments throughout the year, so I don’t necessarily remember seeing the same kids enough times to form a true rivalry. If I had to pick, I would say it was anyone from Bedford because I have a lot of friends from there who I wrestled with and against over the years.

Learning how to cut weight effectively in high school was a pretty new concept to me. I was pretty bad at it my freshman year. My junior year I broke my ankle in our playoff football game. I had to cut 24lbs with a hard cast on my leg up to my knee. That is pretty challenging to do on crutches. It was also a challenge to get into wrestling shape in a shortened season after getting my cast off and cleared by the Dr. It was a lot of hard work but I was able to make it to the state finals that year.

Defensive. I had pretty good offense, but I only used it when I needed to. I think my high school/college coaches might describe it as “frustrating.” Ha.

Doing my best to remember that far back but I can’t remember splitting matches with anyone other than Garrett South from CAM. We met three times my Jr year. I was 1-2 against him.

I would say all of my coaches were influential in my life. Eddard Christensen got me started. My AAU coach Nick Evans was one of the biggest reasons I chose wrestling over basketball going into high school. My high school coach, Erin MaGuire. I really can’t say enough about him. He and his assistant coaches (Tom and Lynn Christensen) made our high school room a very fun, and very competitive environment. And in college Ron Peterson, Rick Schweitzberger, and Jeremy Whalen helped make college wrestling an amazing experience for me. Rick and Jeremy were all-americans in college and were going toe to toe with guys everyday to make them better.

I really didn’t start following wrestling that closely until probably 6th or 7th Grade. At that time, some of our high school wrestlers that I looked up to were Zeb Evans, Mike Ryan, Adam Parrish, and Tony Lanteri. That’s also when I started going to Iowa Hawkeye duals and Lincoln Mcllravy was the Man.

Any of those guys who are 4 time champs. What an amazing feat.

I don’t know that I have a favorite today. Since I graduated college I have really followed wrestling a bunch. I still love watching the Hawkeyes and all of the Senior U.S. freestyle wrestlers.

In practice…whatever was on the radio. Before a match, no music.

Losing in the Semi-finals my Soph and Sr year and losing in the finals my Jr year. There were a few of us on the team in high school who had the mindset that we were going to win it all every year. To come up short every year was a tough pill to swallow.

I would try to be a little less nervous and enjoy the environment/competition a little more. I would also try to be more offensive and put more points on the board.

My best memories are just being around all my coaches, teammates and friends at practices, bus rides, tournaments etc. Most all of my best friends still today are people that I wrestled with or met at wrestling events.

Garrett South. Anyone from Bedford. And Creston has obviously had a bunch of studs go through their program. It seemed like every year they had a hammer at my weight.

For me and the guys from my era…I like our odds.

I wrestled my Jr and Sr year at Simpson. I played baseball there all 4 years, but all of my roommates and best friends (Clint Manny, Jeff Kuhl, Quent Christensen, Tyler Grieser) were wrestlers. I guess after a couple years I felt left out and decided to get back into wrestling.

Farming, feeding cattle, and coaching all of my kids sports that I am able. So far I’ve been able to coach my kids teams in wrestling, T-ball, soccer, and gymnastics.

Using my experiences to help mentor some of the young athletes in Lenox today is very rewarding. I know how much my mentors mean to me, and I hope I can have that same impact for others.

For anyone that has wrestled, they know how much wrestling tests you mentally, physically, and emotionally. I hear people say all the time “wrestlers are a different breed.” I would have to agree. I believe that wrestling has helped shape me as a person. I will always apply some of the things wrestling has taught me to my daily life.

I live back in my hometown of Lenox with my wife Tia and our 4 kids. I work for Balance4ward which is a cattle feeding company.

Aside from attending all of the wrestling meets I am able to, I coach K-2nd “Mat Cats” in Lenox.

Don’t be afraid to be the man in the arena. Embrace that challenge. If you are willing to give 100% this sport will reward you.

Not likely. My friends and I like to joke about how short the periods would have to be in order for us to make it through an entire match.

All of my old teammates and coaches. As I mentioned before, many of them are still my best friends today. My high school practice partner for 3 years was Seth Evans. He’s probably the best wrestler I’ve ever tied into, so getting to practice with him everyday definitely made me better. Seth, Tysen Christensen, and Clint Manny taught me a lot about being mentally tough. Another guy I’ve been through it all with would be Brett Christensen. He was my wrestling teammate in AAU, Jr High, High School, and College.

I did have one teammate in college who would bite his own cheek or tongue whenever he would get too gassed in one of his matches. I guess blood time was a pretty good way to take a breather. 🙂