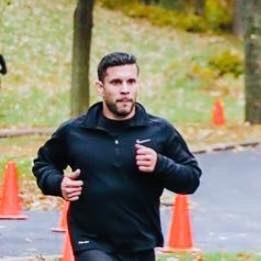 As I mentioned yesterday in a post, Andre Avila is one of the most requested people for these articles. Mostly guys who wrestled against him. There’s something about wrestling Andre that seemed to leave a big impression on a few of the guys that he wrestled. I have heard a couple guys say he’s the toughest guy they ever faced. He kinda has a similar vibe about him to 2A as fellow ‘02 grad, Daniel Davila from Underwood did for 1A. Both had similar finishes their first 3 years in high school and both were widely considered to be one of the best pound for pound guys out there, but didn’t reach their goals until their Senior season. I guess the point is, this guy was a freaking hammer. And he came outta nowhere, too. All the sudden, his Freshman year he showed up and just like that, he was at the level of everyone else. A freakish athlete and STRONG. Before I met him, I thought he had an intimidating vibe to him. Had a serious vibe to where you didn’t think it’d be a good idea to have any misunderstandings.  The dude had one mean looking game face and one mean wrestling style to back the game face up!

First time I met him was after he beat my brother, Justin at the Mid Prairie tournament about halfway through the season. This was Justin’s first ever loss in high school. And it didn’t happen often. We weren’t used to it at all. I can’t remember his freestyle stats, but Justin was undefeated as a 6th grader, had one loss as a 7th grader, had one loss as an 8th grader and this was his first loss ever his 9th grade year and the season was already halfway over.  So this was his 3rd loss in the last 4 seasons. Kind of rare at that point. I ran into Andre by the hallway locker area ad despite the fact that Andre didn’t look like he was in a chatty mood, I decided to say to him, “what’s up man. Hey that was a good win you just had. Have you always been from Iowa?” I was expecting to possibly be barked at, but Andre’s face lit up and the voice and words that came out in his response were so polite and upbeat, it surprised the hell out of me. A very friendly, well-spoken, respectful and polite person. I’ve been a fan of his ever since. He is really cool.

What got you started with wrestling? When did you begin?

My dad always wanted me to wrestle, but I was never interested. I wanted to ride BMX and run wild, but 7th grade my dad finally convinced me.

Do you have any family members who wrestled before you? Any family wrestling currently?

My uncle Andrew was one of my coaches. He wrestled back in the day, in Virginia and then my cousin nick Ulloa wrestled. My son mason is currently giving wrestling a try and this past year as a 6th grader is turning the corner to be pretty tough.

How did you do in youth wrestling? Any rivals there?

My youth results weren’t the best, haha. Losing record my first year (7th). I might have broke even my 8th grade year and still hated it, haha. Everyone was my rival because they all beat me and I hated losing, haha!

How did you do at state in HS?

Did you experience any adverse challenges or situations? How did you deal with them?

My adverse challenges was definitely everything to do with cutting weight, haha. I think most could agree. Honestly, wrestling season is one big adversity, day in and day out, just a constant grind.

Who were some of the fiercest competitors you faced?

My most influential coaches, that is hard to say. I had a lot. I’d like to think I took something away from all of them and applied it. Some of the best coaches were my practice partners, Trevor Arbogast, Terry Vesey and Josh Watts

Was your High School Team competitive?

Assumption was my high school team, I’d like to think we’re always competitive. And then I went to Iowa Central and they won nationals my freshman year.

Which wrestlers did you look up to growing up?

There’s a few guys I looked up to growing up . Trevor Arbogast, Josh watts , Jon Garvin, Sonny Alvarez ,the list goes on.

The GOAT in Iowa…. man there’s too many past, present and future guys to even pick one.

What tunes would you listen to at wrestling events?

The music I’d listen to was Rage against the Machine,
Beastie Boys and Tupac.

The most upset after a loss would definitely be my sophomore year in high school. Undefeated all year until the state tournament. Lost my second round to Dusty Pollard. It wasn’t so much the loss that was upsetting, more the weight cut and and all the work I put in that season. Giving it it all up when it matters the most

How much relief did you feel after finally winning state after having some rough luck the two years prior?

The relief I felt after winning wasn’t a relief honestly. Yea I had some tough state outcomes, but my senior year I busted my ass and stayed after practice, pushed myself to become better every practice. I felt like I finally got what I worked so hard for.

Who is the best ever Davenport Assumption Wrestler?

Best Davenport assumption wrestler would have to be Pete Bush , being a national champ for Iowa, but Julien Broderson is coming up fast, for Iowa State

Do you still give back to the sport?

Love giving back to the sport and seeing old competitors at wrestling tournaments coaching.

How has wrestling affected you to this day?

We all know wrestling makes you mentally tougher and leaves you with a good work ethic. Wrestlers are all a bit crazy 😂

Now I work for an injection mold company as a tooling maintenance guy and coach for Davenport Assumption.

Anyone who’s stuck it out through wrestling deserves a shoutout. It doesn’t matter if you never won a match or won every match. Wrestling sucks, haha because it’s tough, grueling and you cut weight, but it’s definitely rewarding on and off the mat.

The only thing to add is to keep up with The Pin Doctors page. It’s fun to read about all the old times. Thanks again!

Next post: Video Of When Coach Jim Drain Made a Guy Tap Out Due To His Extreme Studliness!