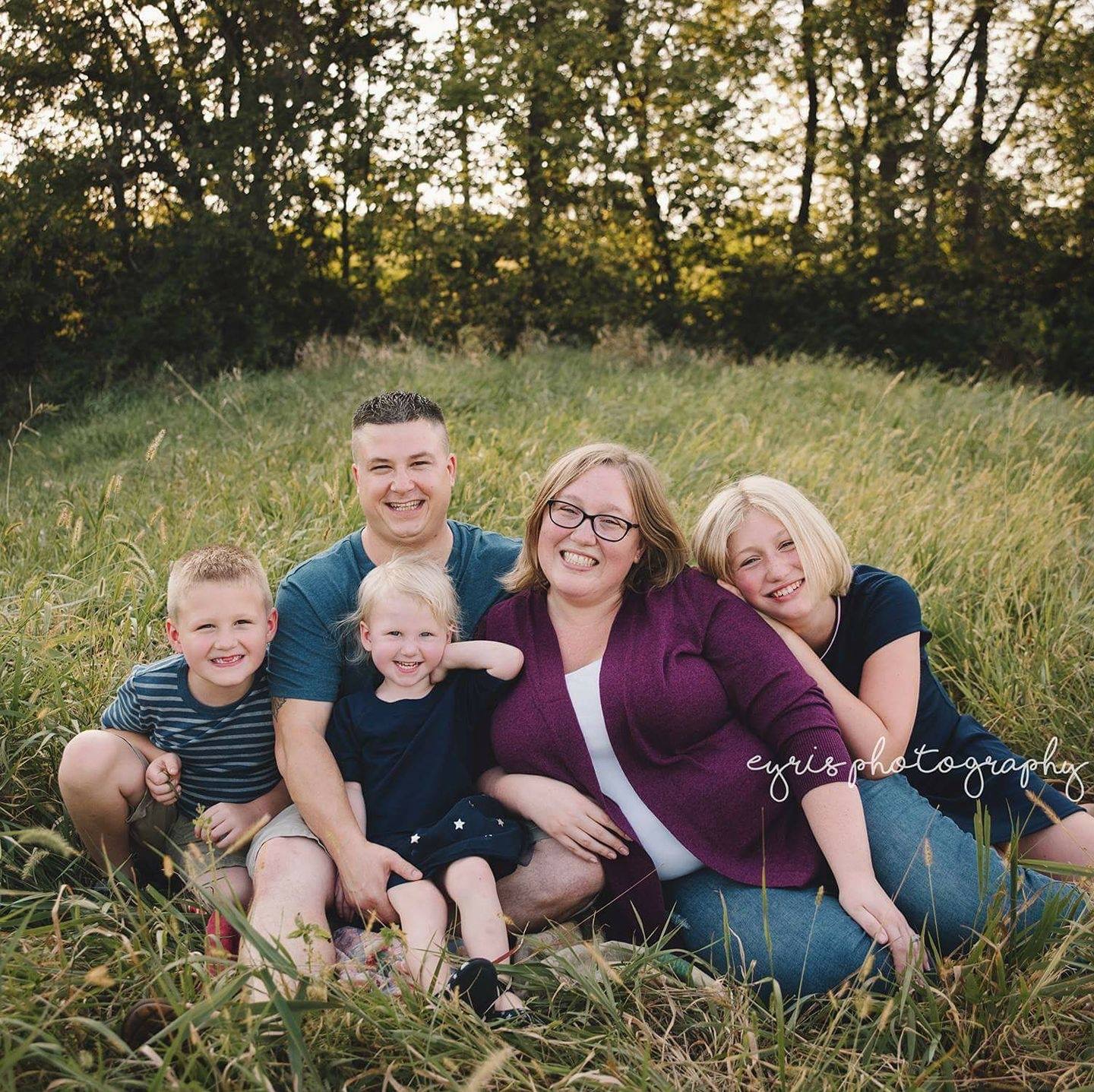 Reading some of this floored me, for I always just kind of thought that I knew Riley my whole life, but I totally forgot that he didn’t start wrestling until middle school. To my defense, it probably seemed like he had been there forever, for in his first year (first month), he was already moved into a group of 4 with Aaron Drain, Justin Swafford and Christopher Johnson. Those guys had been wrestling for at least 5 years (and at a high level…each won huge tourneys regularly) before Riley even started. Usually guys have to wrestle for at least a few years before being fed to those wolves… sometimes guys never reached a level where they ever worked or with those guys after years of practice. Riley was with them immediately. And he wasn’t one of these technique guru types either.. I mean, he was solid from the get-go, don’t get me wrong, but what allowed him to advance quickly was his tenacity. He was not afraid to get mean and it was impossible to rattle him. He could take some lumps in practice against some of the hammers he worked out with and it wouldn’t phase him. He would just keep coming back and if he put the legs in, you were screwed. That’s another thing… I don’t remember Riley Ball without a highly efficient leg series in his arsenal. One of the best leggers I’ve ever seen. Just punished people.. He was fun. And he had real long hair extending way past his shoulders all the way until he hit HS… then he shaved his head. Makes sense. You don’t get a lot of grey area with Riley.

When did you start wrestling and what made you try it out?

My younger cousin Collin threw me when we were rough housing out in the yard. That’s when I tried out for the middle school wrestling team just to beat him lol. Younger cousins are to never win lol.

My father, uncles, cousins (which made Christmas fun), but I do have 2 nephews that currently are wrestling West Burlington Notre Dame.

How did you do in youth wrestling?

I don’t know my youth record, but i did qualify for state every year, but was always one match from placing. No rivals, but did wrestle a couple kids a few times.

Idk what my hs record was.

How did you perform at the state tournament?

Junior year I qualified, but blew my knee out.

I quit my senior year

Did you ever encounter any adversity? How did you handle it and what was the outcome?

The biggest challenge I came across was almost everyone I had been up against had been wrestling since they were a lot younger than me. With me starting in middle school, I had to pick it up quickly and perfectly and learn as many moves as I could possibly pick up and quick considering who my practice partners were.  I didn’t fare too bad. I was able to qualify for state every year and learned via costly mistakes and all the coaches that took the time to help me with my technique.

I would say I was a ground and pound legger.

Not too many back and forths…only a couple come to mind. Andre Avila from Davenport Assumption and JJ Suiter from North Scott were both tough guys that I had battles with.

Hard to say who was my most influential coach was. I was just lucky all-around in that category. Mike Sayre got me started and introduced me to the Mepo squad I practiced with which had coaches; Jim Drain, Mark Swafford and many others that I’m forgetting from our little kids club. When I was in high school, I was able make great friendships in Fort Madison being able to be taught by Mick Pickford and Ryan Smith. Not to mention, my own high school coaches were amazing. Mike Richart, Pat Pickford, Tim Kelly, Todd Johnson, etc. I cant pick just one for they all played an influential role throughout my career.

Burlington was always wanting to be the toughest team on Hwy 61. Who doesn’t want to be when your from Southeast Iowa.

Who were some wrestlers you looked up to growing up?

I dont know. I had the privilege of meeting soo many great wrestlers. Collegiately,  Lincoln Mcllravy and at the High School level I looked up to Adam Roberts.

How do you think our team would have been if Burlington and Mepo didn’t split in HS?

Man the GOAT, really?!?! I met alot of good ones. I can’t speak for the greats that I didn’t wrestle against or with so I’ll just go with who I know personally. You and your brother, Justin, Andre Avila, Josh Watts, Nick Lee, Joe Honts, Ryan Phillips, Adam Reid, Wade McCloud, Adam Roberts, Justin Garvey…the list is endless… sorry to be no help here.

I was able to catch the consolation and finals this year for high school. It was fun to watch Marcel Lopez from New London.

What kind of music would you listen to before matches?

I would listen to Pantera, Slipknot, AC/DC, Korn and some local bands no one has heard of. Guys in here bands probably have since had to get real jobs, lol.

What was the most upset you were after a loss?

The first loss I had against JJ Suiter. I was overweight the night before. I was able to cut it with help from my father after practice. I wrestled like crap, but he was good. I was just shocked because of how he out wrestled me.

Is there anything you would take back?

I think quitting my senior year would top that without a shadow of  a doubt.

What is your favorite wrestling memory?

I cant narrow it down to just one, but being apart of the Grand March was a nice memory.

Who were your fiercest competitors?

The best guys I went up against were Nick Lee, Joe Honts, Justin Swafford, Andra Avila and Dominick Moyer.

I wrestled a few freestyle tournaments, but was mostly a seasonal wrestler.

How would guys from our day stack up against the guys today?

I think the guys from our day would would grind on a lot of these kids today. There is a lot of talent out there, dont get me wrong. I went to the state tournament this year to watch the consolations and the finals. With much surprise I saw more pins in that one day than I ever did at any state tournament I was wrestling in. They happened, but were uncommon compared to this year.

I didn’t wrestle past high school

I played no other sports. Wanted to, but just never went out for them.

What are your favorite things to do these days?

I like to watch the Burlington Bull Sharks. That’s my sons’ swim team and they hold the number one spot for me.  I also like to watch hawkeye wrestling when I have time.My hobbies kinda change with my kids interests. Right now, it’s drama, swim,video games, cheerleading and gymnastics.

Do you continue to give back to wrestling?

I haven’t really given back to the sport. At least not in my eyes. I have helped a few kids a couple times over the years, but nothing on a steady basis.

How has wrestling impacted you as a person today?

Wrestling has made me not scared of work. The way I feel that running through the motions or even half-speed is going to make you better… it’s not. You have to work. You have to work hard over and over to get it perfect and then do it again so you remember it. It’s because of this work ethic, I carry it with me into my everyday life in adulthood.

I work in logistics at Silgan Containers.

Do you have any advice for upcoming wrestlers?

Perfect 2 or 3 moves and make unstoppable. Even if they are the basics. Even if they know it coming makes the victory that much better. You can change the setups to confuse them.

Any chance we get to see you wrestle in an Old Timer’s tournament?

No way too old and too out of shape

One guy I always admired for how much heart he had was Derek Doherty from Fort Madison. This guy had no quit in him. No matter how much you would grind on him he would just be back in your face.

Yes. Ryan Phillips’ story about me sucking on lemonheads is true but in my defense it was to make weight in which I did.

Sometimes for fun, I would quit washing my wrestling shoes. They would get ripe and I would try to figure 4 the head to make my opponents smell these stinky shoes. I made this happen quite often, but my father would force me to wash them because he couldn’t stand to sit next to me because of the smell of my shoes.

Previous post: 1A Podium Pics for the 2020 State Tournament