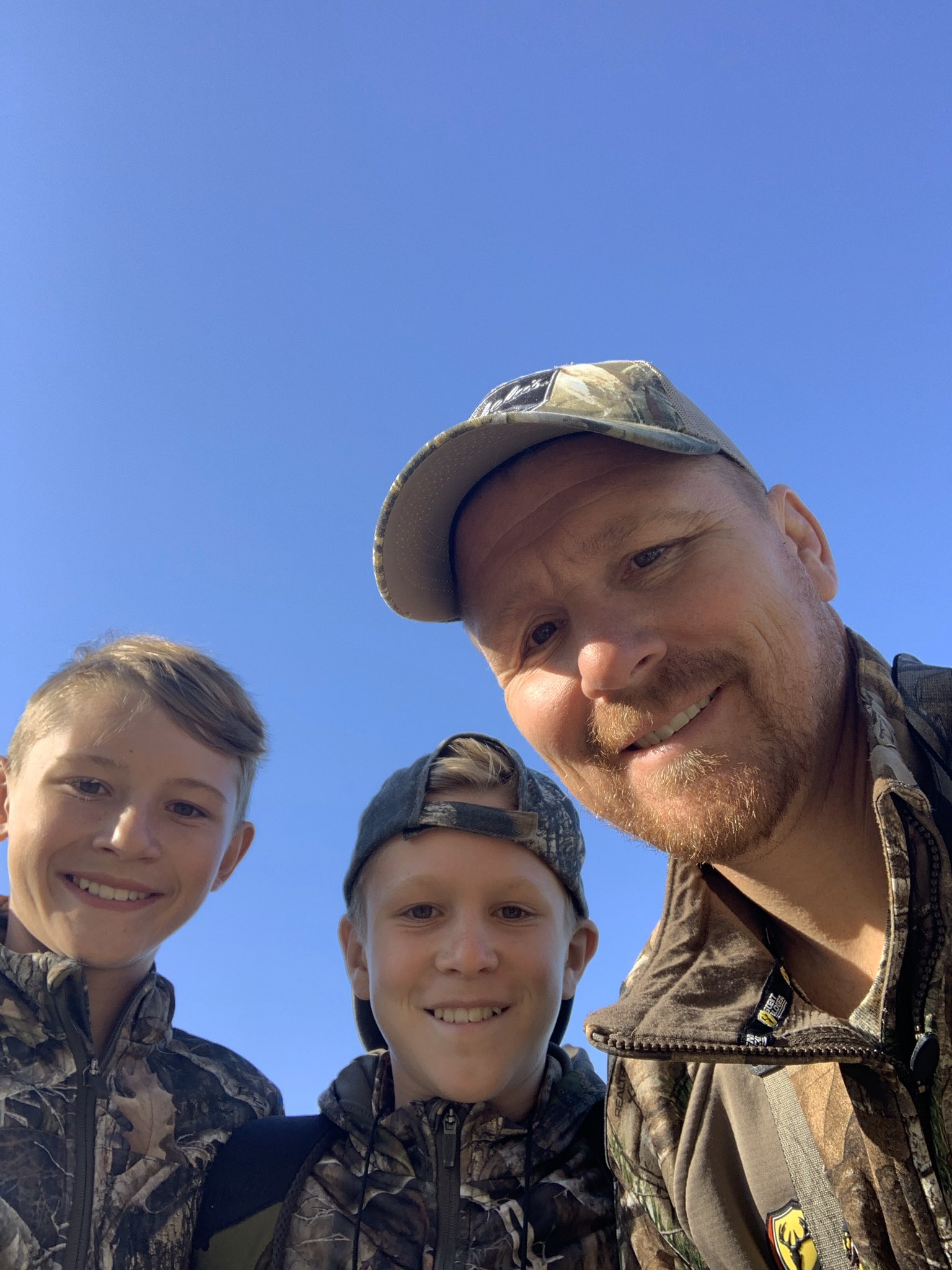 I don’t know Matt personally.I’ve never met him in person. In fact, I was aware of the Rial family through my mom being assisted with setting my brother up at a tourney through Matt’s father way back in HS and followed them because my mom couldn’t get over “how much of a nice guy” he was… But I was only aware of Pat and Mark. I was pretty young when Matt was doing his thing. The Rial family though, has been so influential to so many different people and I would be doing them a disservice if I (being the oldest brother myself) did not do my due diligence with the oldest Rial brother… for I guarantee he had quite the impact in his younger brothers and is a badass himself. The Rial’s… top-notch Iowa wrestling family and it’s cool to put some personalities to the names that I’ve read in “Reach for the Stars.”

My dad brought to the Y in 3rd grade.

My brothers wrestled. Pat through High School and was a 4x state qualifier and placed 5th & 2nd I believe. Mark was a 3x finalist 2x Champ, got 4th in cadet worlds, was a several time all-American at Fargo including making the Finals as a freshman. He became one of the best in the world at his weight in Greco! I have several nephews that wrestle and 2 sons Gable and Griffin that currently wrestle. Griffin just placed 2nd in the Colorado Youth State tournament.

My senior year in H.S. at practice Nick Lara and Coach Birnbaum were wrestling and landed on me and strained some ligaments in my knee. About a week later we wrestled in the first ever CIML conference tournament. I couldn’t really bend my knee to shoot, but Birnbaum taped me up and I was able make the finals against Troy Carlson from Mason City. He was always a tough opponent. With about 45 seconds left I was down 5-0 and was putting pressure on him w/o being able to shoot. He bailed out with a weak headlock attempt, it was 5-2. I went to work on top trying to turn him and he was bellied down. As time was running out I went for a near side cradle. I couldn’t quite get my hands locked, so out of desperation I reached up with my leg over his head to pull it around to the knee, got my hands locked rolled and got a 5 count as time expired. 5-5! In OT he took a shot and I pancaked him right to his back. I’ve never seen Birnbaum so excited, he screamed I wish I had 13 wrestlers just like you! It was great, Mark was a freshman and won a title just before me.

Man it’s tough tough to pick one. My dad was probably my most influential coach, but I want to mention a few others. Jim Alison was my first coach at the “Y”, Ed Birnbaum and Tommy Thompson at Ft. Dodge, Keith Massey in the summers in H.S. and Bobby Douglas at Iowa State (I should have spent more time with him!) I take a little bit from each of them when coaching today.

As a team we were more competitive my junior and senior year. I think we got 2nd in the duals and 3rd or 4th in the traditional state.

I grew up watching the Hawkeyes I loved watching all those guys. The Dodgers were pretty salty back in the 80’s as well. I looked up to guys like Bradley Bruhl, Tim Ascherl, Brent Helmkamp, Doug Black and the Ewing Brothers.

How proud are you to be part of a family that has influenced so many people in this sport?

I’m extremely proud! We have a love for the sport that is unparalleled.

Who were some of your workout partners?

There are few of the recent guys that are on another level! But I do think Bruhl, Mark and Joe Zuspann would find a spot on an all-time Dodgers squad.

Did you and your brothers ever have any sibling rivalries, or was it 100% mutually supportive from the start?

For the most part it was supportive, I really enjoyed leading the way! Although Mark and Pat may have a different perspective on this.

Compare Fort Dodge to other 3A programs in terms of who is on their squad… would you consider it more homegrown? Does that make you proud?

What the recent Dodger teams have been able to accomplish has been nothing short of amazing! Of course it’s homegrown, half the kids have the same last names as 20 plus years ago! Some days I wish my kids could be a part of the program. Once a Dodger always a Dodger!

Did you get more nervous before your own matches or your brothers?’

That’s a tough one, at least I had some control over the outcome in my matches. But I think I wanted them to win more than myself sometimes.

I’ll have to agree with Mark on Drake Ayala for H.S. Can’t wait to see him at the next level! Spencer Lee and Kyle Dake as well.

My sophomore year in quarterfinals I was leading Zach Geary from Cedar Falls 4-1 and he neck wrenched me to my back with under 10 seconds left in the match and lost 5-4. I still have nightmares about that one!

I have so many great memories it’s hard to narrow down, but one of my favorites was wrestling with Mark on the Iowa Greco Jr National Dual Team in 93’. We placed 3rd as a team. I think my best accomplishment was making the state finals by winning in OT in the semifinals over Scott Naughton from City High. Although getting a win over David Kjeldgaard was special, just because not very many people can say that and he also beat Cael Sanderson.

Roger Chandler at university nationals. I felt like was in a fist fight afterwards. Mean Dude!

I wrestled most of the year and really enjoyed summer wrestling! Coach Massey was a big part of that.

I wrestled at Iowa State and Iowa Central.

Aggressive. It’s fun to throw guys, but breaking your opponent is a feeling you can’t match.

Baseball growing up and X-country in high school.

I did. I hated having a tryout with Sam Ayala every week, but my dad always said he loved it because it made me tougher!

Wrestling has helped prepare me for the tough times in life and given me the confidence to go after what I want to accomplish in life. I’m not sure there is any better preparation for life than wrestling. Once you’ve wrestled everything else is easy! -Dan Gable

My wife (she said I should mention her)

I absolutely love it! Talking wrestling is one of my favorite things to do!

Have Fun, Work Hard, and try not to make it too much about wins and losses but more about competing to the best of your abilities.

Only if I was on the younger side of the age division.

Shout out to Outlaw Josie Wales! Best of luck to all the Dodgers still competing especially the ones at UNI. Go Beavers!

Some people might get a kick out of this story. In 94’ I went out to Foxcatcher with coach Douglas and I watched Dave Schultz make Pat Smith cry like a baby during a 30 plus minute grind match. I’m not knocking Pat Smith, I only mention this because some people don’t realize just how good Dave Schultz was!