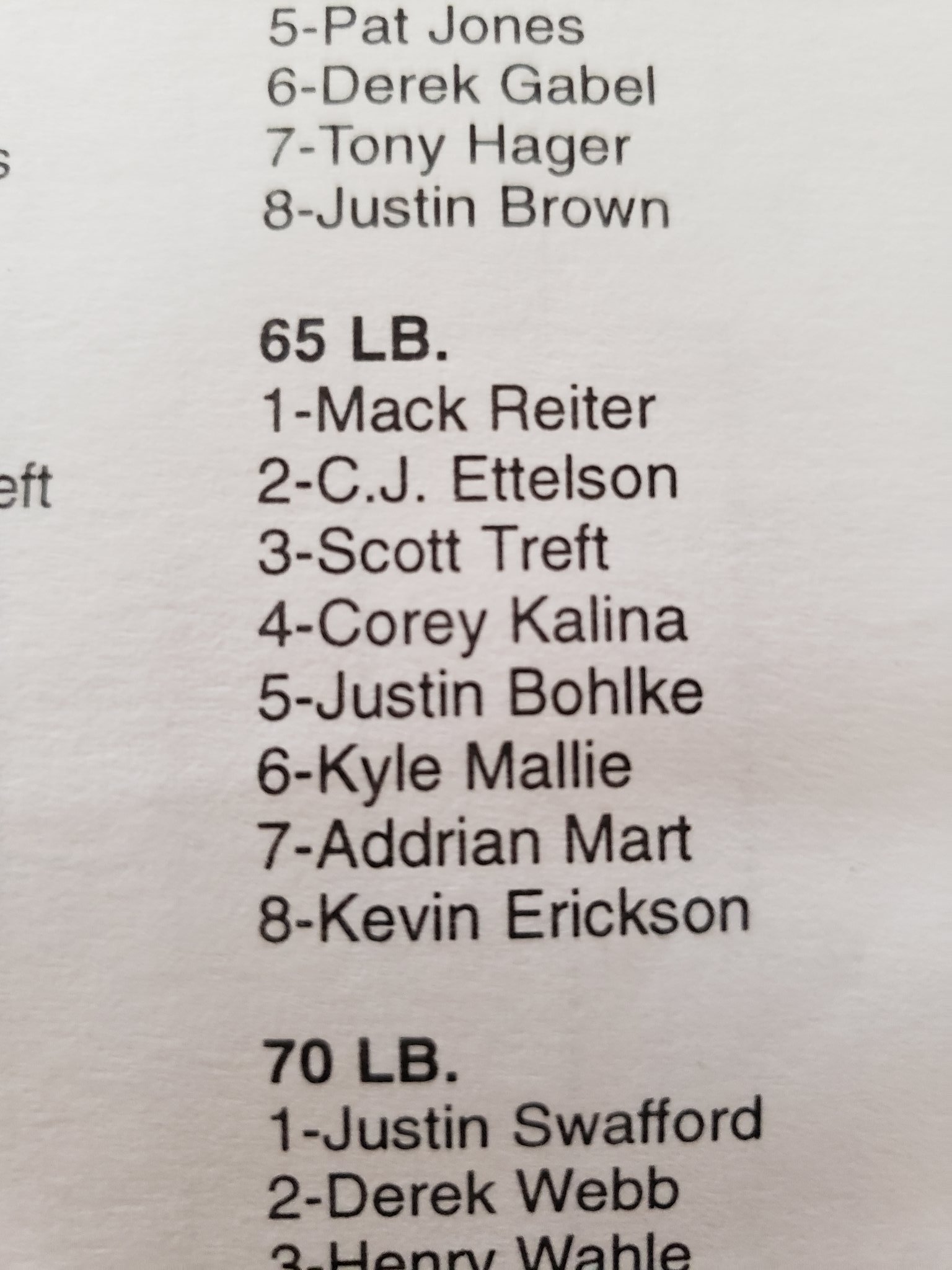 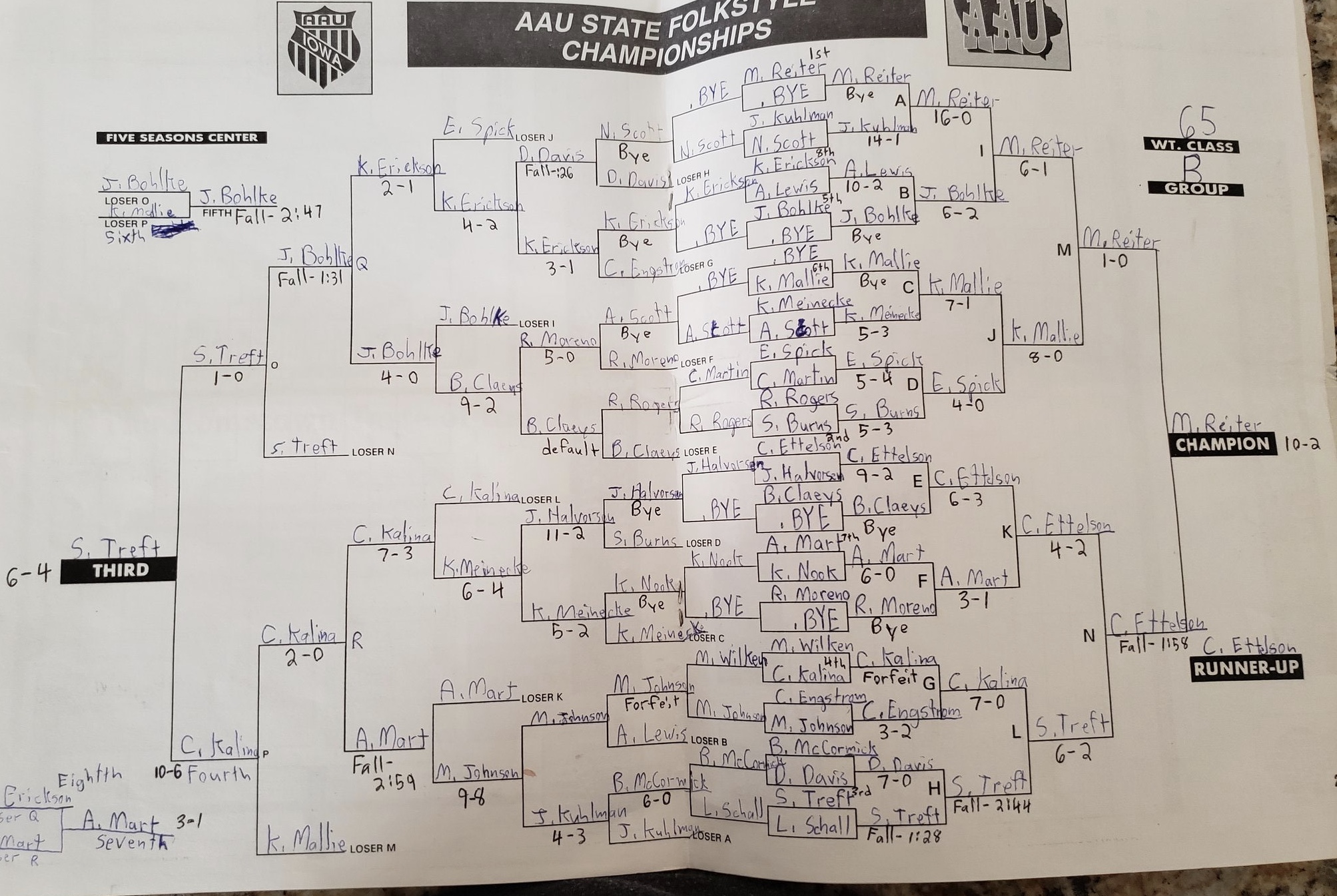 Big props to Corey Kalina for hooking me up with these, for I had no idea that it even went down… WOW.  And I love seeing how there are other people out there besides myself  like him and Jesse Simons who were so detailed in filling those brackets out.

* The state champ is Mack Reiter. He won 4 state titles in High School.

* The runner-up is CJ Ettelson, he won 4 titles in High School.

* Justin Bohlke was also a state champ. Seems like he met with Mack a lot for about 4-5 years there.

* Corey Kalina was a 2X runner-up, but a Tulsa National Champion… winning that tournament is much more prestigious than winning state.

* Eliminated from this bracket was HS state champ, Jake Halverson.

* Aron Scott is also in this bracket. He really stepped his game up when he went to Iowa State.

* I don’t know much about Scott Treft, but obviously he was pretty good for someone emailed me and said he wrestled for Northwestern.