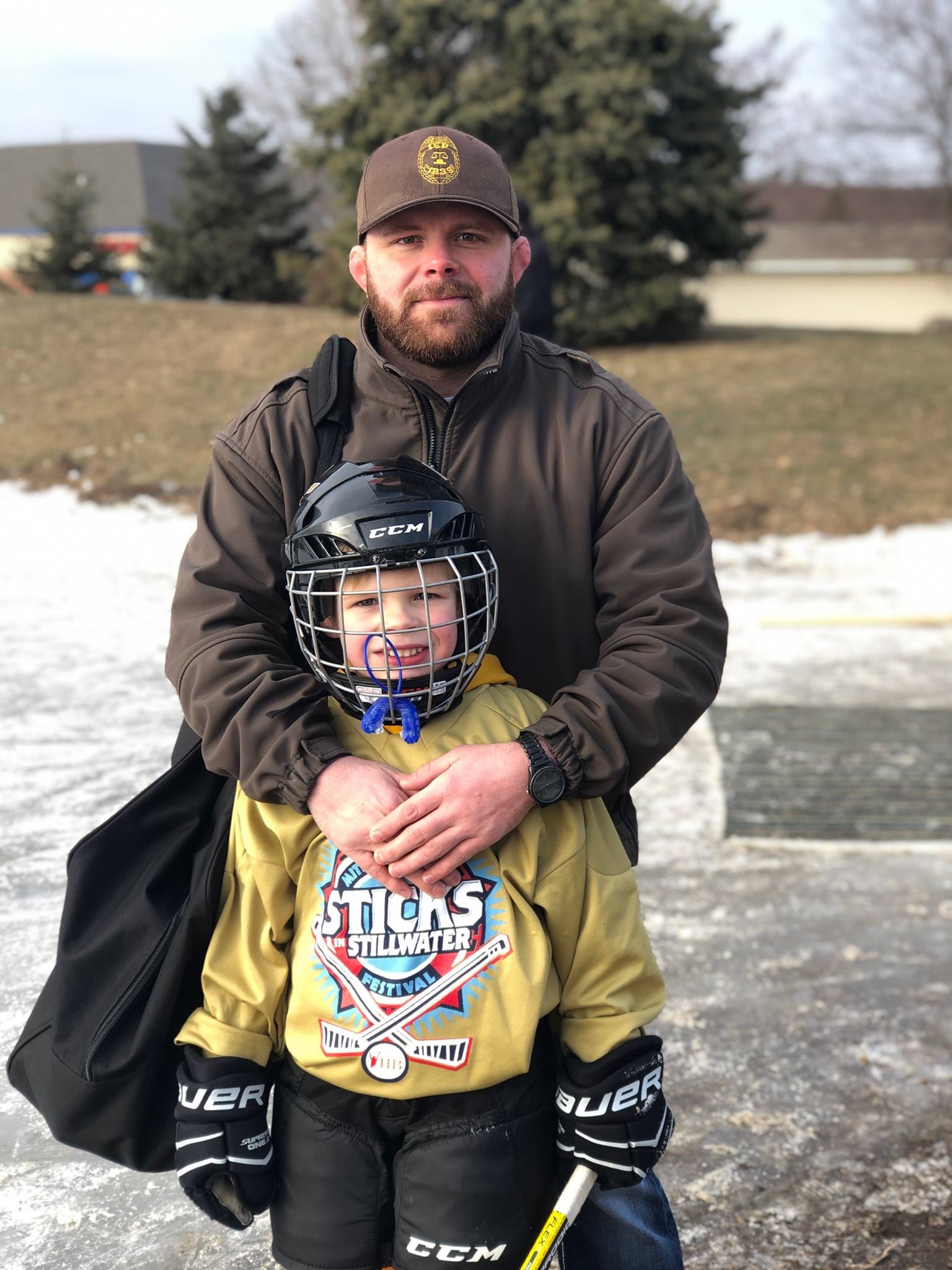 Russell is from the same geographical region as me. As most of you know, that’s Southeast Iowa.  With that said, I have talked a lot of Southeast Iowa wrestling over the years and some of the stuff that he mentions in this article, I had absolutely no clue about…and this is easily one of the best wrestlers to come from my area, ever. You can make a case for Russell being THE best ever wrestler to come out of Southeast Iowa, given his accomplishments and who he faced when he accomplished what he did.  This guy was fun to watch.  He beat a lot of really good guys and seemed to have an “all business” type of vibe when he did it.

My best friend from Chapman, Kansas, Wesley Weller made me go to wrestling practice with him one night. Been on the mat ever since. That was back in 1994.

As far as I know, I had no family that wrestled. My son is a hockey player, up in Minnesota.

I can’t really say what my results where. I know I placed at state every year I wrestled. I won a couple national titles. Never won a kids state title though…best I took was 2nd in Topeka, Kansas in 1998. As far as rivals, there were a ton.

There were many. I believe every wrestler has their moments of adversity that they have to overcome. So for me to sit here and pin point my own would be kind of silly. Wrestling is a tough sport, one that you will face a lot of adversity with.

I wasn’t technical, flashy or slick. The whistle blew and I went. I could say I had a pretty good gas tank on me, so when I was on the mat, you better be ready to wrestle a good tough 6, 7, 8 minutes. I was pretty straight forward and hard-nosed I guess…not sure, ask the guys I wrestled.

I can’t pin point a coach. I was spoiled when it came to coaches all throughout my career. From my kids club coach, Jeff Sheets in Chapman, Kansas to my kids club coach here in Fort Madison. Mike Riley and Dennis Reid were my JH coaches in Fort Madison. Coach Ryan Smith, Loui Rascon, Mike Hayes and Mick Pickford in High School. I had Justin McClintock and Luke Moffitt at Iowa Central. Jamie Gibbs and Othello Johnson out at UNC-Pembroke. They were all amazing coaches and I think if you asked around you would hear the same from anyone else. Coach Ryan Smith probably had the biggest impact on me. Not only on the mat, but he was there for me whenever I needed him in life and still is. Not taking anything away from my other coaches because I know they would be there as well. Shoutout to Justin McClintock though….if he reads this he knows what I am talking about. Again, I was spoiled though because all my coaches were amazing.

State semi-finals my senior year. I definitely let my town, team and self down by not becoming Fort Madison’s first ever 3 time champ. Some people may not like my answer, but for me, it’s true….still burns today walking into that room and only seeing two titles. Also, my College career in general. I definitely didn’t hold up to what I should have done. Again, some may not think so, but for me….I HATE losing.

My high school team was very competitive. My Junior College team was the best in the nation. ’07 and ’08 National Champs! At UNC-Pembroke, we were national champs, but for what we had, we kicked some butt at the Division 2 level. I really think we surprised a lot of people throughout my career there. Jamie Gibbs and OT did a great job.

Bloodhounds, Hawkeyes, Iowa Central, and UNC-Pembroke. No one guy.

Working harder, putting more time in during the summers, being more humble, not cutting as much weight.

The one that always stands out to me is my Sophomore season. I had asked coach Smith after State my Freshman year if he had brought nice shiny shoes and a nice suit for the finals. He told me, “yes.” It crushed me because he didn’t get to wear it that year. So I told him, “well you better shine them shoes up real nice because next year I am going to win it all.” The next year I worked harder than I ever worked in my life and I ended up being the 2004 103lb 3A State Champ.

Honestly I wrestled so many good wrestlers I could write a book. TJ Sebolt, Pat McCaffrey, Nick Pickerell, Matt Burns, Matt Ballweg, Nate Moore, Spencer Mango, Matt McDonough, Jeret Chiri, Caleb Martin, Mark Kist, and on and on I can keep going. ALSO, my high school teammates, we pushed each other; Kyle Doherty, Thomas Waljasper, Josh Brecount, Derek Doherty, Paul Reid, Brent Knustrom, Marcus Knustrom, Gordo Johnson, Drew Helt, Trevor Prado, Marcus Sneider…….For me, some very notable competitors that pushed me the most ever were Thomas and Kyle: Without practice partners like those guys I wouldn’t have done what I was able to do. They had a big part in it…more than people realize unless they were in that room during those times. A time that I don’t know if it can ever been reenacted….it was a FIGHT more than a wrestling match during practice!

I did, I wrestled at Iowa Central for two seasons and then UNC-Pembroke for 3 seasons.

Fishing, wrestling, roofing, lifting, running, anything outdoors and hands on.

I owe wrestling my life. It saved my life in a lot of ways. Without it, I know I wouldn’t be where I am today and be the guy I am today.

Now I live back home in Fort Madison and I work for the Iowa State Penitentiary.

I go into the room here in Fort Madison from time to time. Probably should be a lot more, but to be honest, its tough…I am still a competitor at heart and to know I am not competing is a hard pill to swallow.

How proud are you of Fort Madison wrestling and how respectable they are each year and how they always compete using nothing, but their own, homegrown guys who have been part of the program for decades?

I am extremely proud of Fort Madison wrestling. To be able to see the wrestlers that have come out of there and do what they have done is amazing. All our guys are from this town and to be able to compete with some of them big schools…not only compete, but I mean give them a run for their money is pretty awesome. Coach Smith has done an amazing job and still is. The guy can turn a below .500 JV guy into a state place winner the next year….I’ve seen it, been a part of it. That to me, is excellence.

Don’t take anything or any time for granted. Soak up these youth years and put the time and work in….I can guarantee you do that and you will have a hard time regretting anything. Also don’t base your success off your state place, qualification or anything of that. Not everyone can be a state champion….but everyone can be a champion of their own goals and that is what success really is.

My high school teammates, college teammates and coaches. As well as ALL my competitors…if any of y’all let the fur fly, I may just throw on a pair of shoes for one last go……anytime FMHS wrestling room 😉

You have one life and if in that life you choose to wrestle then don’t quit….stick it out and give it your all! and if you don’t/haven’t wrestled then you don’t know what living is and better jump on the bandwagon.