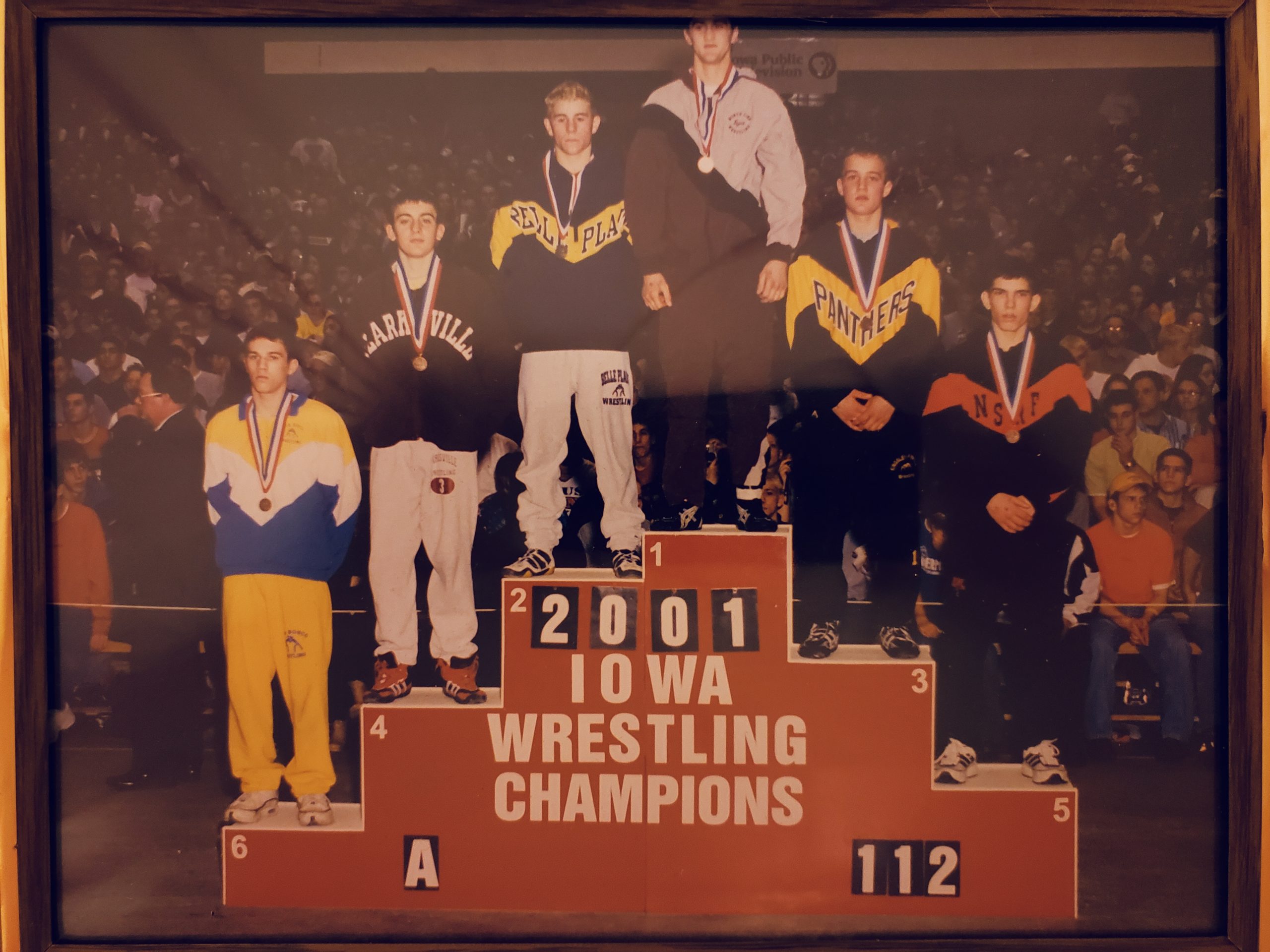 * Aaron Helmrich is so tall that he got part of his head cropped out. I always heard about him from my brother, Justin and college roommate, Adam Gottschalk, for they said he was a funny guy who they went to Orlando, FL with for the Disney Duals. He apparently assumed the role of “the funny guy” of the team.  I met him for the first time at Adam Gottschalk’s wedding a few years ago and still remembers all of his wrestling accolades like the back of his hand.

* My brother was wrestling in the finals on the 2A mat as this one was going on, so my account may be blurry… If I remember correctly, there was a headlock of some sort thrown that people couldn’t believe Helmrich was able to “gumby” his way out of. Kalina was favored by most to win, coming in, I believe. He may have been caught on his back in the first and spent the rest of the time trying to come back. It happens. Corey may have to clear me up on some of this.

* This is when Justin Bohlke really made his presence known on a state-wide level. Showed everyone what he was capable of in this one. The next year he won 1A 125 in a bracket that included Mario Galanakis, Jeremy Johnson, Ryan Morningstar and Chad Beatty.

* Clarksville had some hammers who made their way through that squad back then and Norton was one of them. He met Bohlke for 3rd and 4th in this one and ironically, Bohlke and Jeremy Johnson from Clarksville met in the finals at 1A 125 the next year.