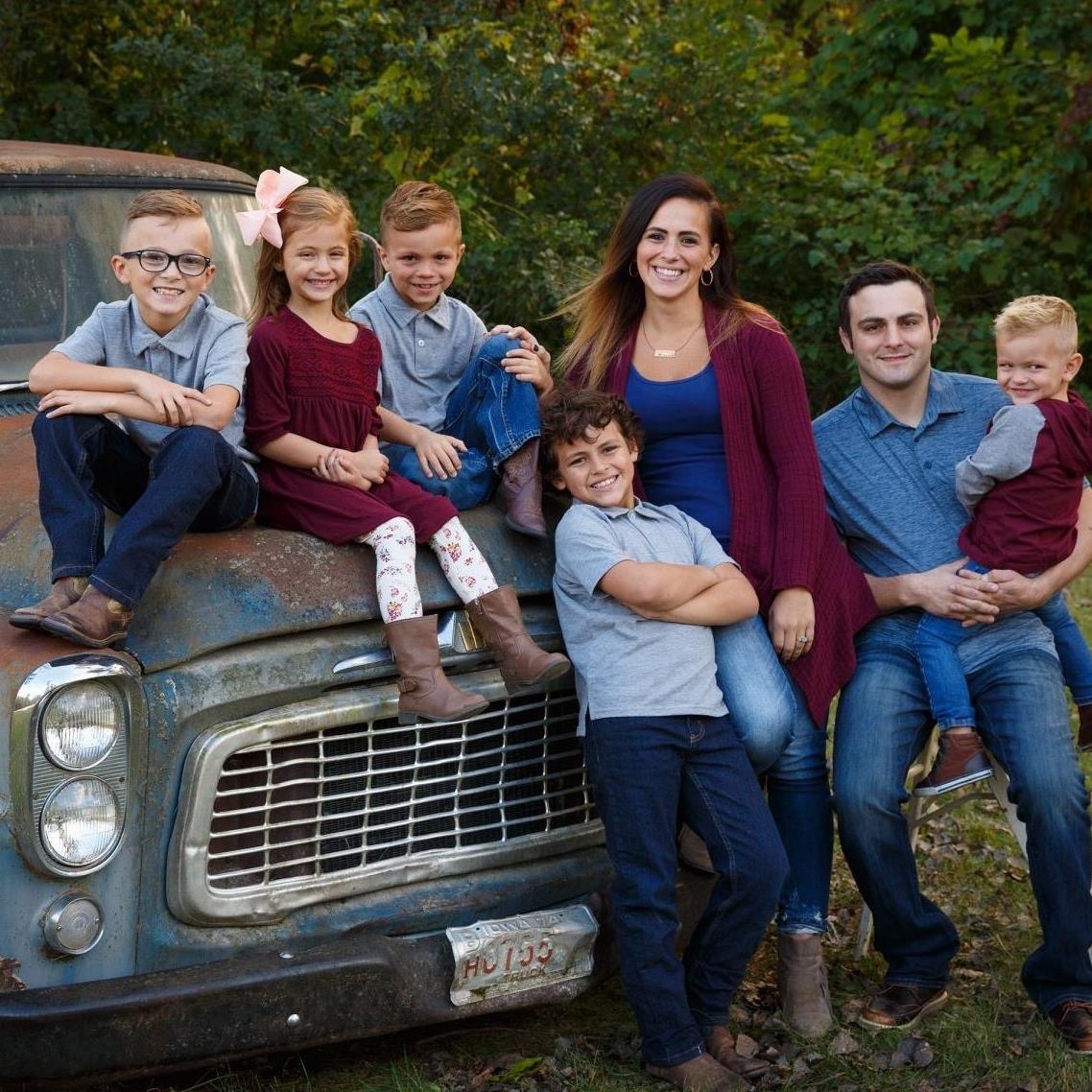 Marshall Koethe is certainly, without question one of my favorite Iowa high school wrestlers of all time. He is also one of the best.  The results don’t lie. Kind of weird that one of my all-time favorites is from the Northwest area of the state, considering I am from the total opposite side, the Southeast. I liked the way he wrestled back when he was in high school.  However, he became one of my favorites of all time when I got to know him a little bit just a little over a year ago.  This guy was one of the two main characters in the first wrestling story that I ever wrote that ended up being published. I had this idea of brainstorming old rivalries and touching base with both sides of the rivalry and chronicling, not only the story of the rivalry itself, but including insight and personal thoughts and feelings in regards to every little component of the situation.  For whatever reason, the Nate Herda (Central Lyon) vs. Marshall Koethe (Twin River Valley, formerly of Akron Westfield) stuck out to me so I decided, on a whim, to write about that rivalry first, despite the fact that I had never met either of them.
Contacting and inquiring about this article was not difficult for me to do at all for Nate Herda.  In the Herda vs. Koethe rivalry, Koethe got most the wins of the rivalry.  All except one.  The last time they met, which was in the semifinals at state in 2008.  So this ended well for Herda. Didn’t conclude in Koethe’s favor though, which made me feel a bit apprehensive to contact him about doing this article.  I mean there I was,  a complete stranger asking him to provide his personal accounts of a situation that was likely very unpleasant for him.  Add on to this, what I had heard about Koethe or witnessed when he was wrestling was indicative that he may be inclined to bite my head off when I was to ask him about it. I mean, these fans that I observed treating him poorly had to have had a reason, right?  Ya see, Koethe was treated pretty unfairly by wrestling fans in 2008.  Yeah, there was a questionable run-in with the good conduct policy and ok, he transferred schools.  When guys do either one of those things, they are ensured to pick up a hater here and there.  But these haters went overboard with Koethe.  At a time in his life where he likely needed someone to reach out and be encouraging, positive and to help him, he was instead, showered with hateful comments on forums, in the crowd and even in the form of boo-birds. People booed this kid. He was still a kid and they BOOED him…. Ridiculous.
So that was my perception of Marshall Koethe prior to initiating a conversation with him.  A badass wrestler who some fans hated because of a few things that were really none of their business.  And my mission was to get him to open up about these things.  Certainly he told me to get lost, right?  HA! This guy being one of the most honest, nicest, down-to-Earth, open, well-spoken, intelligent and insightful people that I have ever met in the wrestling world.  He welcomed the project with open arms and provided me with his story and in-turn, fantastic material for an article that gave me my break in terms of getting my wrestling musings published.  Every time I look back at sitting in the stands in the 2008 state wrestling tournament and hearing people boo this guy, it makes me want to build a time machine so I can go right back to that moment and super-gluing their mouths shut so they can’t boo anymore.  Marshall is a good dude.  A good soul that these people were so spiteful to.  And you will be convinced of this long before the end of this article.  I feel like I owe a lot to this guy and it is great to catch up with him again for this series.
Who or what encouraged you to give wrestling a try?
My father wrestled and had a scrap book from when he was in high school that I used to look at. So when they handed out wrestling sign-up forms at school when I was in 2nd grade, I took it home and asked to if I could join. I never stopped from that point on.

My dad, Terry Koethe and Uncle Mark Koethe. They never made it to state.

Jack and Jake Koethe from Valley are my cousins.

Keep yours open is all about these boys.

I won AAU state as a 7th and 8th grader.

I won schoolboy nationals in freestyle and folkstyle.

Josh Ihnen from Sheldon was my biggest rival. We went back n forth prolly a hundred times and it prolly ended 50-50.

What were some of the most notable adverse challenges or moments you experienced in wrestling and how did it turn out? Injuries were my biggest challenges

I tore my labrum in my left shoulder in the spring of my Junior year of HS and then my ACL and Meniscus in my right knee at western regionals my senior year of HS.

Both times I got hurt while I was injuries I kinda separated myself from the world of wrestling which I think made me lose focus/mindset. Making it harder to recover and do the right thing to stay healthy and in shape.

Aggressive and constantly looking to score on my attack or on your mistakes.

My father. He was my biggest influence growing up. He was a wrestler at Dubuque Hempstead. He did a great job training me. Did it the right, effective way.

My Freshman year state finals. My goal was to be a 4x state champ and I wasn’t going to settle for anything less. When I lost that match it crushed me.

Yes, both my Sophomore and Junior years, our dual team was very good. I feel that my Junior season, we were the only team in the state that could have given Don Bosco a run, but never got to a dual with them.

I didn’t really follow wrestling until high school and then it became Ryan Morningstar and the Hawks while I was in high school.

Cary Kolat and Kyle Dake. On the high school scene the past few years, my favorites have been Northwest guys…Adam Allard,  John Henrich and Kory Van Oort to name a few.

I wish I had a better understanding of good nutrition and the effect it has on your body and recovery. I also had a lot of distractions going on off of the mat.  My distractions were a big ordeal on the forums, papers, etc. I received a lot of negative publicity due to being caught with drug paraphernalia my Junior year and then I failed a urine test during Christmas break. These are mistakes that I have since learned from. I was suspended all year my Senior year until sectionals. And people were being judgmental, spiteful, vindictive and vocally hateful because of it. It was irritating. Neutral fans sometimes rooted against me because everyone had heard about my off the mat issues and they just assumed that I was a bad kid, which I wasn’t. I just needed help and encouragement to grow up. I was, and still am a nice guy. Maybe if they knew that, they’d take the route of trying to help me instead of publicly slamming my entire character.. I make up for it by taking that route with kids in need of guidance myself, for I can relate and know by experience that you can not judge a person simply by the mistakes they made as teenagers.

My favorite memory was when I won state my Sophomore year.  After the match, I remember getting dressed and looking at my dad and thinking, “we did it, the sacrifices are worth it.” That was the best feeling.

I went to ISU for one year 08-09 school year with a group of guys are good people with good hearts. I wrestled for Cael and Cody Sanderson with guys like Nate Gallick, Cyler Sanderson, Andrew Long and Nick Fanthorpe. They were all a very supportive squad to one another. That squad was full of good guys and comrades. I wish I could do that over again, for I was making poor choices (partying, not taking care of myself) at the time and it hindered my development. I feel I could have done better. Now, one of my ongoing missions in life is to influence, motivate and encourage kids to make wiser choices, while discussing my own experiences and what I learned by means of unwise decision making. Not only do I want to help kids stay on track for wrestling, but for their long term futures in general.

I am fabricator at Wells Blue Bunny in Le Mars, Iowa.

Yes, I help out at MWC wrestling academy where my kids train.

Love the sport and have fun. To reiterate, I now prioritize helping kids who may be troubled or headed down a confusing path, for I know how it feels. These people need guidance along with someone to listen to them and I prioritize doing that in life. I don’t want other wrestlers making the same mistakes I did and regretting it for the rest of their lives. Wrestling becomes a part of who you are and it sticks with you, so you don’t want any regrets.

Zac Dominguez coached me in my summer wrestling and now hes helping with my boys! He creates a incredible environment for kids to learn the sport.