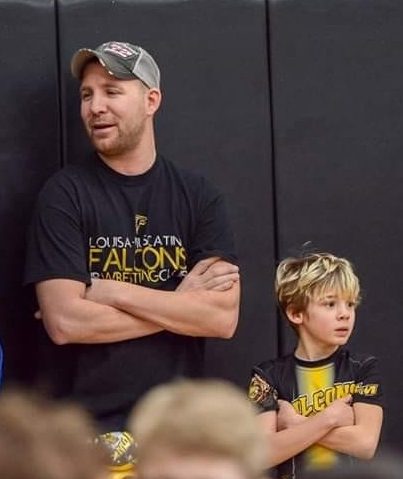 If you are a wrestling fan in the state of Iowa who followed youth or high school wrestling in the late 90’s or early 2000’s, you either know the Knipfer twins or have at least, heard of them…because there is absolutely nothing else in the world like them.  The Knipfer twins joined my dad’s Mepo-Burlington Youth club when they were in 3rd or 4th grade. The night they were rumored to show up for their first practice with us, a lot of us had heard the news and were very interested on how things would work out because most of us there had already heard of the Knipfer twins for being, well…wild and crazy.  And they were.  From the moment they entered the wrestling room, they were wound for sound and never stopped thinking of elaborate and orney stunts and pranks to play.  My dad had to bark at them a few times…which is an unpleasant thing. My dad can come off as…abrasive when he’s annoyed.  All the teammates conversed with each other about how long those two would last before they were kicked out…they were that wild.  Things reached their peak when one of them pushed the other off the bleachers or something from the top and the one who was pushed (I think it was Josh) broke his wrist or something.

Anyways, on the ride home that first night, I wanted to get a feel for what my dad thought of these banshees.  “So Dad…these Knipfer boys?” I asked. “What about them?” my dad replied.  I said, “well everyone said before they showed up that they are wild, crazy kids and I think that might be true.  How long do you think that will last?”  “KICKED OUT?! What the hell, Joshua, this isn’t soccer. They aren’t going to get kicked out. These boys will be fine. They are home now,” Dad said.  “Ok, so how do you plan on controlling them?” I asked?  Dad said, “they are good boys, Joshua. I’m not worried about them.” I replied, “ok, do you not remember having to yell at them 50 times throughout practice?” And Dad responded, “did you not notice that they instantly quit what they were doing every time I did it and that they ended up paying close attention and doing the moves as well as anybody in the room? They are like hyper Boxer dogs, Joshua. They mind, but sometimes you got to get on them. But they are good dogs. And these are good boys.”  “No, I didn’t watch them, Dad… I was practicing,” I said. “Practicing? That reminds me, you need to start hitting the corners on your high crotch at a better angle. Anyways, those boys are gonna be fine if I am their coach, Joshua. And mark my words, they will be GOOD. Good kids too.”  And they were both…

My dad encouraged me and my twin brother to wrestle.

I have a 10 year old son, Justin who is wrestling right now. He is still young, but he has a good group of kids he wrestles with and he is learning something new every day.

If I had a rival in my younger days, I prolly would have to say it was my twin brother, Jason. We battled a lot in the AAU days. I made it to AAU state three years in a row placing 7th in 7th grade and taking 3rd in 8th grade. Highlight was taking 2nd at folk style nationals my 8th grade year.

High school I made it to state 3 years in a row. Didn’t place my sophomore year and then placed 6th and 8th.

I would say I was a go-getter. Never gave up and I made winning the third period a priority.

John Siegel was the best coach I had and I only had him for two years my Junior and Senior year. Mark Swafford and Jim Drain were very influential as well, for without them, I wouldn’t have been ready for high school wrestling.

Last two years of HS, my team only lost one dual and we made it to state duals my junior year. Our team was tough in South East Iowa.

Growing up I looked up to Justin Swafford. I loved his wrestling style and intensity. I would always try and copy the things he would do.

I really like watching Spencer Lee and anybody else on the Iowa wrestling team right now.

I totally love seeming twins wrestle. Because I know what there going through having a twin myself.

It was always a toss up. It all came down to who wanted it more that day, but of course I win all the time. Lol.

Growing up, that youth program was tough. We started wrestling in 4th grade and the group of kids we had in the practice room made it better. If we could have all went to the same school, I could see a lot of state championships there. We had me, my brother, Caleb Martin, Micah Keller, Brad Lower and more. We were one of the best.

I would get more nervous for my matches because I’d be warming up when my brother was wrestling.

I’d say losing in the quarterfinals my senior year prolly was the most I felt upset and sick to my stomach.

I would have picked up freestyle wrestling. I feel like that would have helped me out more during winter wrestling.

Best memory was me and my brother both placing at state our Junior year. That was the best. Just seeing the look on my mom and dad’s face, I could tell we made them proud.

No I didn’t wrestle after high school, but now I wish I did.

Wrestling is a big part of who I am today. It made me tough and taught me to never give up and always give it your best at everything you do.

I work at HNI in Muscatine. Been there going on 14 years and live in Grandview right now. I spend a lot of my time outside of work with my son.

Yes. I got my son into wrestle so I’m taking him to DC Elite practice every week and we are hitting tournaments up on the weekends.

My advice is to have fun. If you are having fun then wrestling is fun. It’s that easy.

Maybe idk. I think I might be a little overweight for a old timers tournament.

I like to give a big shout out to my mom and dad for getting us into wrestling. Coach John Siegel. Derrick Ball…I prolly wrestled him the most in two years…All my teammates. Thank you to all of you.

Yeah, I remember Junior year at state, me and my brother couldn’t sleep because we both knew we were placing at state so we stayed up super late playing videos games, but we both still wrestled good the next day! 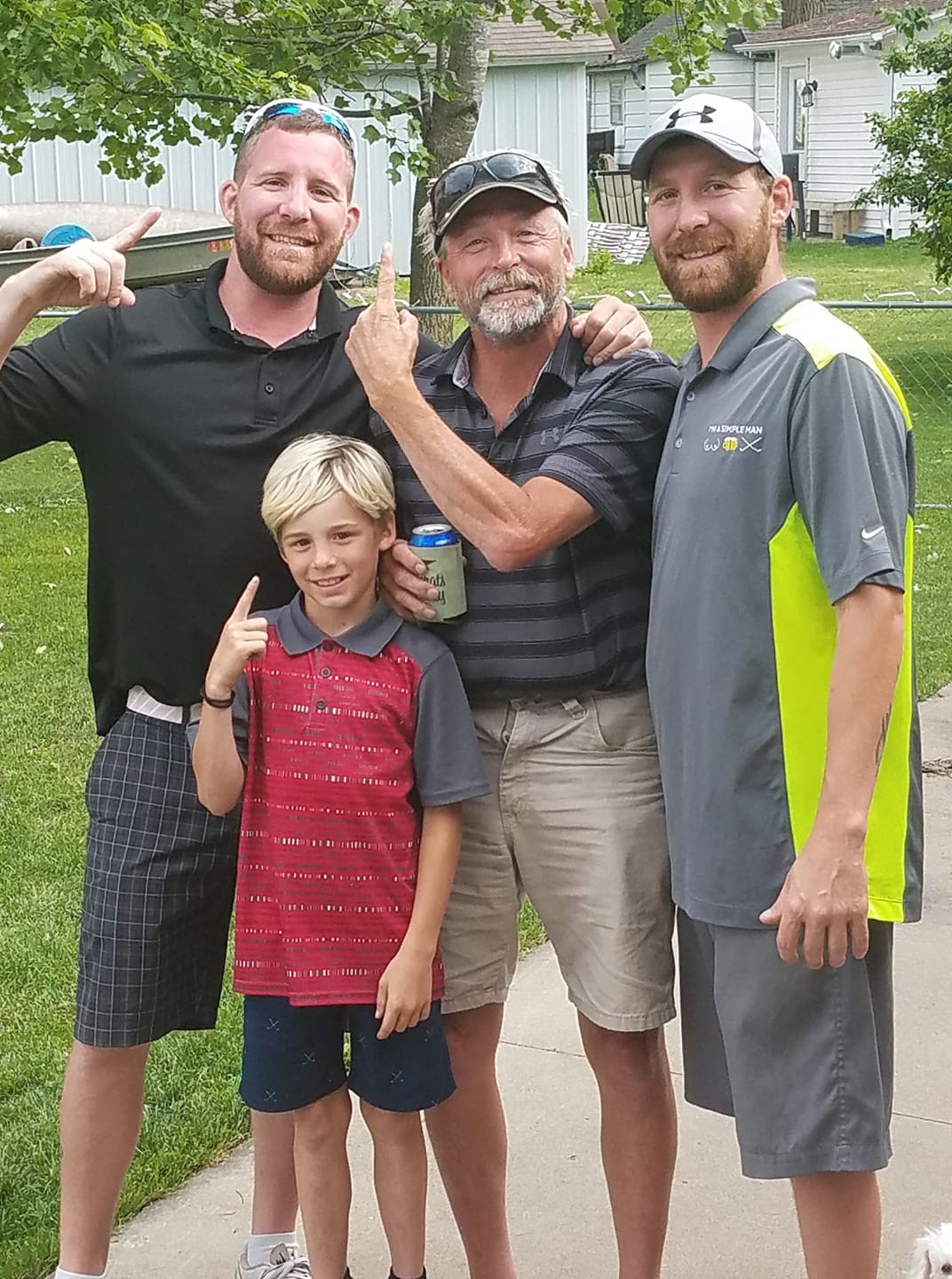 Next post: When Adam Drain and Christopher Johnson (WBND) Won the World Championships