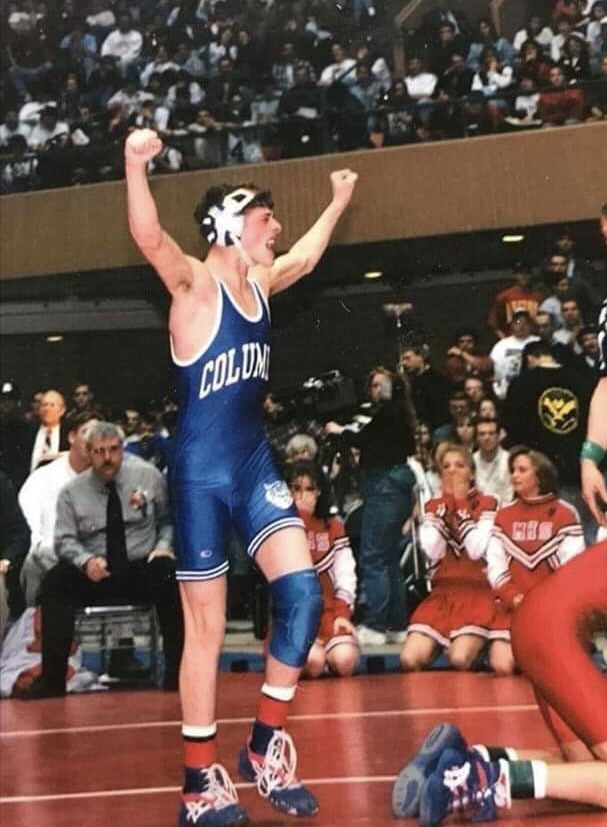 22 years ago, from this date, tragedy struck the Southeast Iowa wrestling world and well…the wrestling world in general when JD  Pugh passed.  JD wrestled for Columbus Jct. and in High School, placed 5th, 3rd, 2nd and 1st at state.  It’s one of those deals where everyone who was familiar with him, knew him, were friends with him, etc. they recall to this day the time and place that they were when they heard the news and some still struggle to fully believe that it actually happened.  I was at a wrestling tournament in Mid Prairie, watching some fans from 2 opposing schools on the verge of getting into a fight over a few heated matchups when I found out. I overheard someone asking one of his best friends and teammates something about JD, and his response was something along the lines of, “man I don’t know what to say or think. I can’t make sense of this. I don’t feel like this is really happening and I am in shock right now.” It was made clear that something had happened to JD that really shook this person up.

Eventually, the news spread and the entire atmosphere of the gym changed. It immediately shifted from heated, angry and volatile to collectively sad and silent. People stopped fighting when the news started going through the gym.

I don’t want people to relive that day. Not my intention. Just wanted to take a few tribute to him as well as other wrestlers whose time on Earth was cut short like, BJ Strandberg (Storm Lake), Alan Fadness (Decorah), Jason Frazier (Van Buren), Thomas Walljasper (Fort Madison), Corey Baker (Mepo), Caleb Martin (New London), Jeremy Fulk (New London), Tyler Eddy (Hinton), Paul Jenn (West Hancock) and countless others.  One of life’s reminders to enjoy the good moments you experience with your friends, teammates, coaches, family, etc. and during those moments, take a moment to acknowledge it and hold it in for a while, for you will only experience those moments once and that one thing that will always be guaranteed in life, is that life itself is short and unpredictable. A match that will never be won is the one vs. the spontaneous fragility of life. You never know what may happen, for nothing is guaranteed. With that said, you will thank yourself later on if you try your hardest not to take things for granted in life. 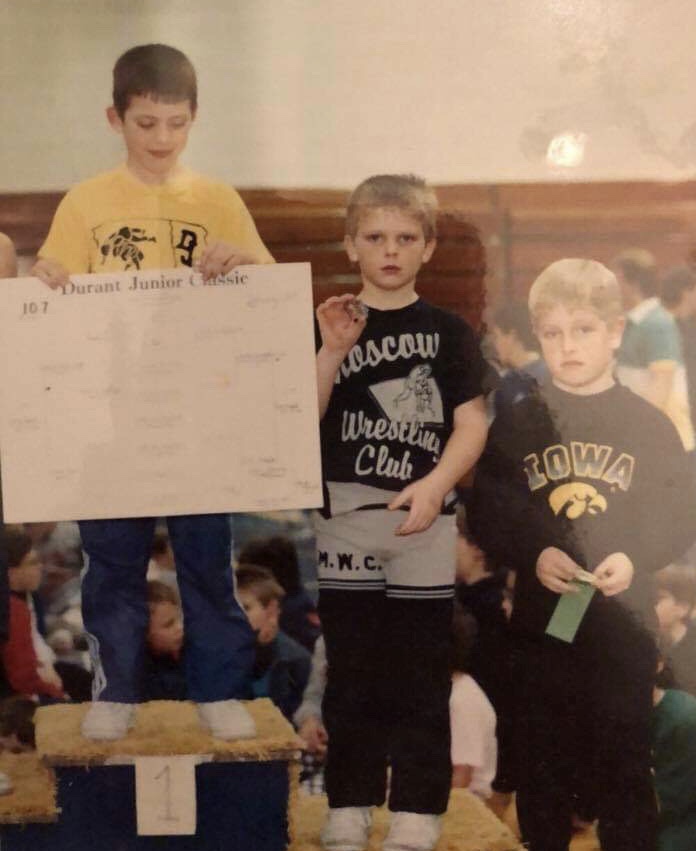