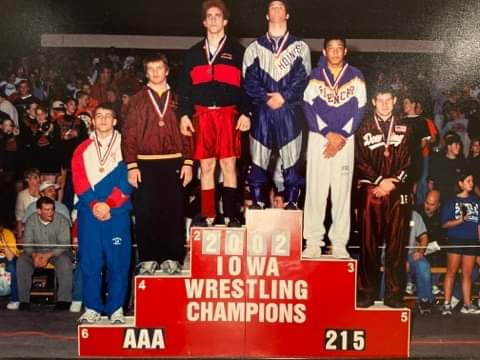 THIS is a good one.

* Ryan Phillips is one of the best athletes to go through SEI. He went on to be a D2 national champion for Upper Iowa… the first they had at the D2 level. He coached at Labette Community College and was named the NJCAA Coach of the Year. He was the HC at WBND and currently at CR Jefferson.

* McDonald, a National runner-up in Juco.

* Gillis was a 4X National finalist and 2007 National Champ for Wartburg.  Pretty sure he won state in 2003.