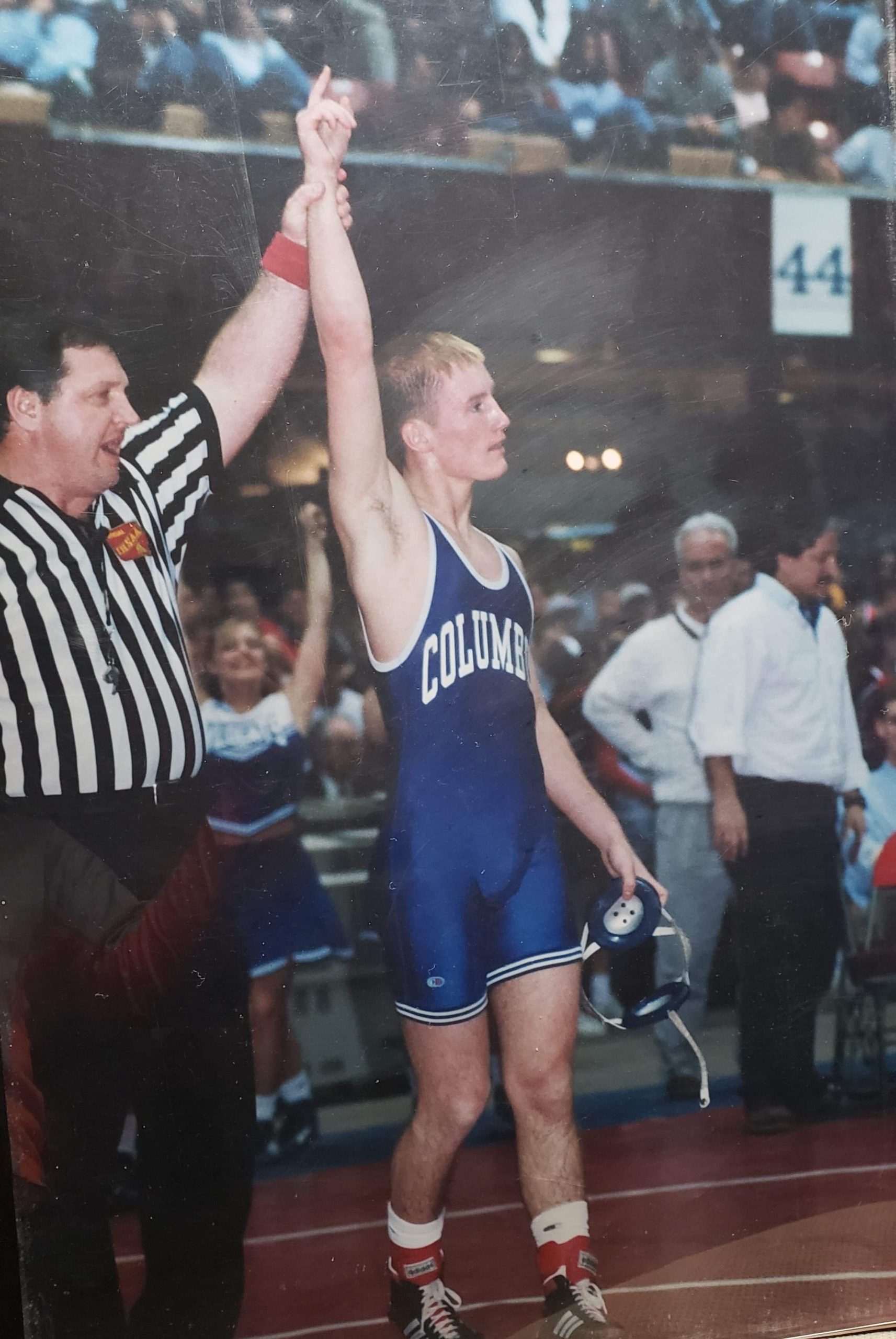 Brother wrestled til’ he tore up his knee, I believe his Junior year. Just getting ready to get my son into wrestling. He’s 5 and loves it.

What were your youth results? Any rivals there? I placed as a 7th grader an 8th grader.

My Junior year I actually quit wrestling. Was so tired of cutting weight that it wasn’t fun anymore. Only lasted a day though, my brother, Coach Plein and Siegel talked me back very quickly

Very “blue collar” coach Plein’s words. Pretty average from my feet and in the bottom position. I was best in the top position

Who was your most influential coach? Did Siegle and Plein’s styles complement each other pretty well?

My brother Luke definitely was the most influential. I wouldn’t have went back my Junior year if it wasn’t for him. Coach Plein, Siegel and Milder also played a huge role in my wrestling career and without them I would not have reached the goals I had. Coach Siegel an Plein’s styles definitely complemented each other, I’m very sure that’s why CJ had the success that we did.

My Junior year, getting rode out to end the match at State. If I won I would have placed, but couldn’t pull through

Wow, tough question there. Growing up in the Columbus wrestling room I got to see a lot of great wrestlers and I’m not sure I could narrow it down to just one. But a few that I looked up to would be my brother Luke, Randy Pugh, JD Pugh, Jason Payne, Britt Marolf, Bobby Forseen, Eric Lee and Rob Hoback. I’m sure
I’m missing several but these guys I definitely looked up to. Mostly because I think they all beat the shit out of me at some point in my life.

Winning state as a senior.

Definitely would be how terrible I was with cutting weight an eating terribly. Also would go to college and wrestle if I had the chance again.

Driving one of my 3 kids to practice, games and tournaments takes up most of my time. Also enjoy boating an fishing.

Definitely have the same work ethic in anything I do today, and I’m a competitor so don’t like losing.

I am a Project Manager for Summit Companies in Iowa City.

Have not been the last few years but starting to get my son involved slowly.

Work harder than the next guy, eat healthy and have fun.

I did when I was much younger. Don’t think it would happen again.

I will never forget the people I practiced and competed with. We have memories together that will last a lifetime.

My Junior and Senior years were very tough on me mentally and physically. There were times when I dreaded going to the wrestling room. But after my last match my Senior year I bawled my eyes out knowing that I would probably wouldn’t step on the mat again. And I have missed it ever since 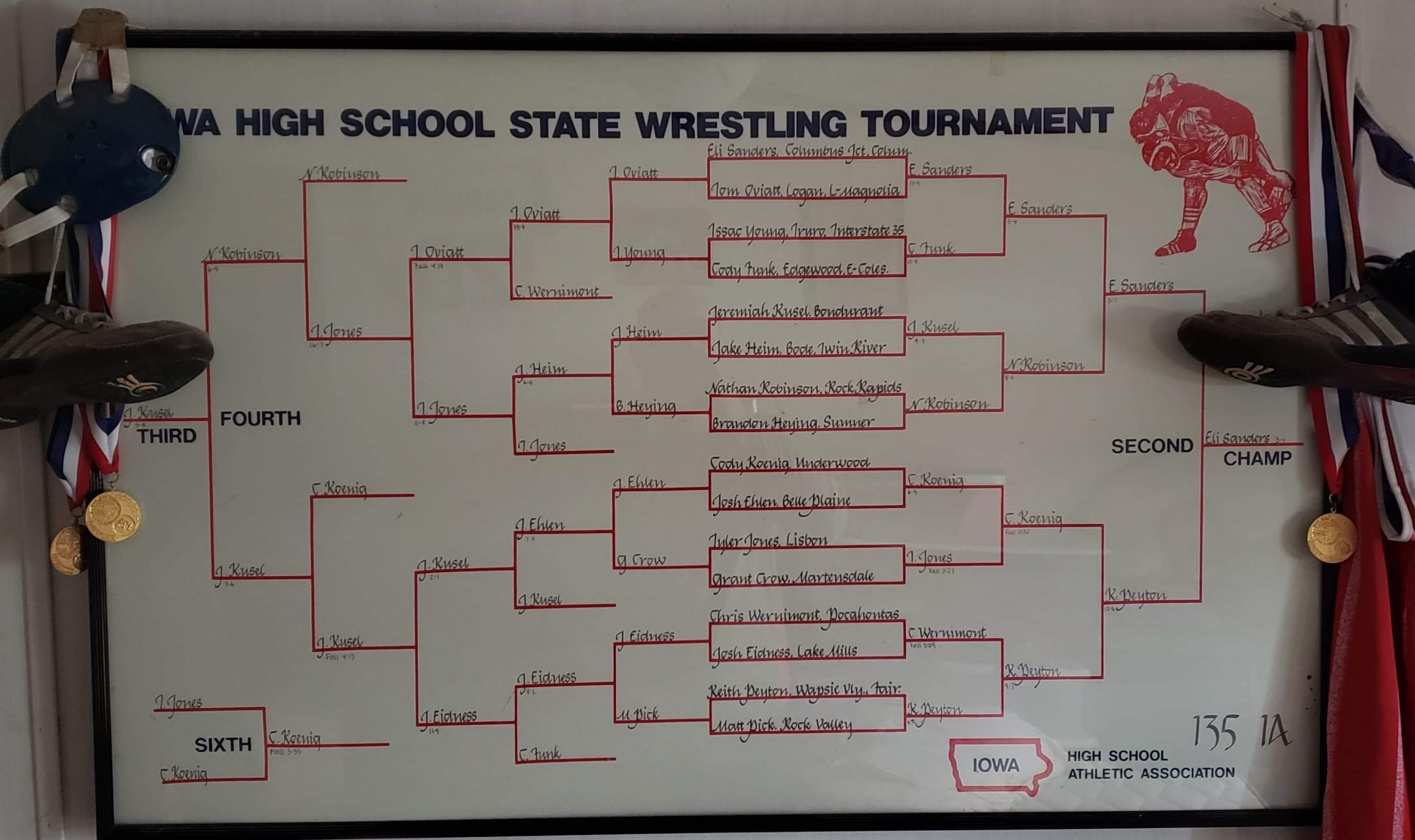 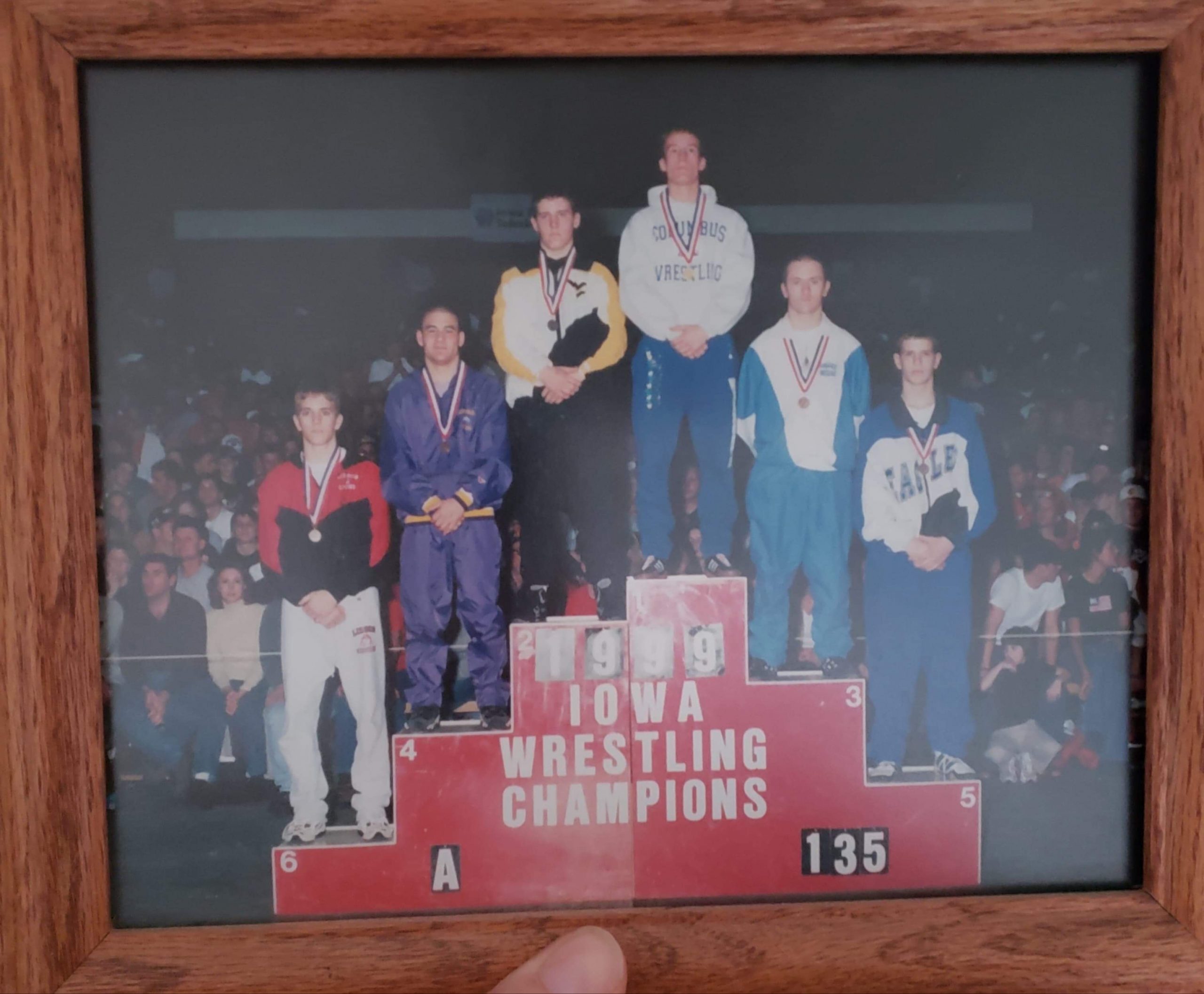 Previous post: Props to the Iowa Wrestlers Who Were Named 1st Team All-State in Football in 2019