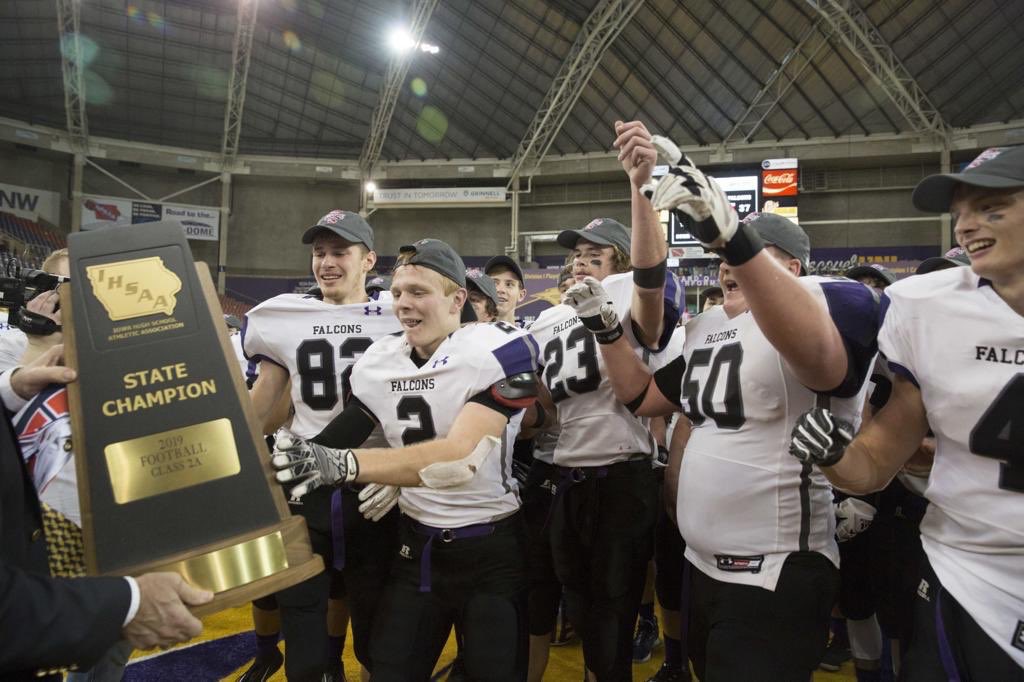 I play football and I wrestle. I have been playing football since third grade and wrestled since kindergarten. This past season my football team won the 2a state championship. I was also awarded as a 1st team all state wide receiver. In wrestling I qualified for state my freshman year. I have been grinding to get back ever since then. I also am a 2x fargo qualifier in Greco.

Have you committed to play a sport in high school?

I plan on attending the University of Northern Iowa to major in physical education and minor in sports administration. As of now I am not playing any sports in college.

I always loved watching Jordan Burroughs from a wrestling standpoint. He was the best in the world and I loved watching him it a double leg. On the gridiron it had to be Dez Bryant. He was by far my favorite receiver growing up. Watching him go up and get the ball and score touchdown was like watching a good movie.

I would tell them that the other sports you play throughout the year will help guide you to more success. The workouts you do for one sport will probably help you in another.

In wrestling I work on lowering my level to get to my shots and that has helped me in tackling in football because I have been taught to tackle low around the waist not at the shoulders. In football I’m always getting hit hard and that has helped my mentality for wrestling because when I know I’m down I know I’m not out. Sometimes you just have to keep fighting and something good will happen.

How many times have you thought of being a pro athlete?

All the time. It was a dream of mine growing up. I used to have a Dallas Cowboys jersey with my name on the back.

My favorite memory for any sport is by far winning the state football title. My teammates and friends made that whole experience one I’ll never forget. In wrestling I would say it would be when my younger brother and I were scamming kids outside the fargo dome for some good gear.

I would like to shout out Keith Massey and Tony Napierala. Both coaches had helped my excel in my sports and taught me valuable life lessons to help me be a better person.

My family is full of athletes. My brother does three sports and my parents did tons of sports in high school.

I’m feeling confident. I’m up at 145 and feel strong and I trust my technique. I’m excited to see what this season will bring.