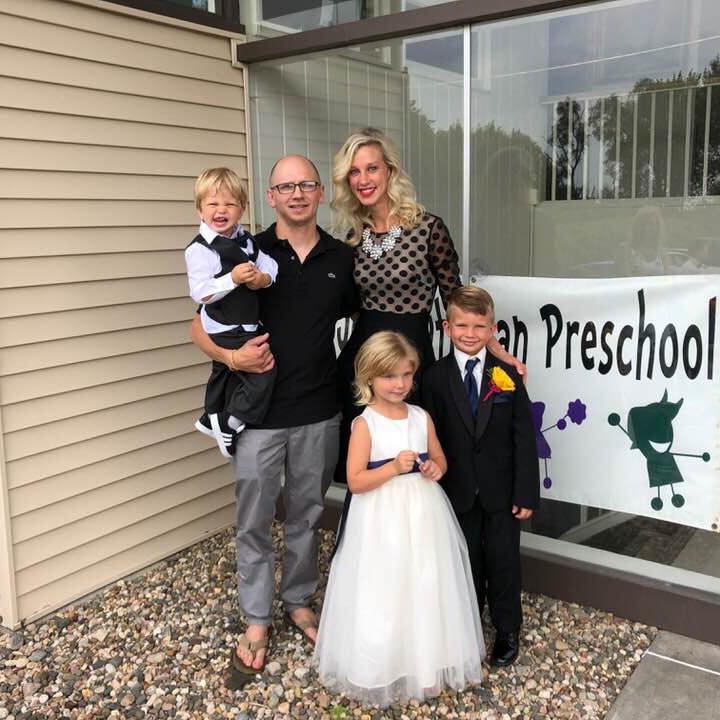 In 1996, my brother, Justin was a 6th grader and was going on a 2 year stretch where he was more or less flawless.  I don’t recall there being a loss in that phase at the state or national level and this lasted until he and Mack Reiter began bumping heads as 7th graders. Every once in a while though, he ran into someone who would give him fits and no one gave him a bigger fit in that two year stretch than a guy who weighed in 10 lbs less than us at a low key local tourney in Mt. Pleasant, IA.  This kid bumped up to wrestle Justin, for he was having issues finding competition himself at his age and weight range.  Justin edged his way to a 1-2 point win against this kid who was visibly smaller than him.  The best match he had in 2 years. Probably would have lost if they weighed the same. The kid’s name was Charlie Falck and after that Mount Pleasant tournament, we never saw him again until high school, with an exception of when he wrestled in and won the AAU state tournament that year in the bracket 10 lbs below Justin.  We always wondered what happened to him, for he was way to good to just fall off the Earth like that. I am being serious when I say that if you put Charlie’s skillset as a 6th grader in a high schooler’s body, he would have won state… He was that good.  He was probably the best pound for pound wrestler in that grade that year.

It wasn’t until the Fargo finals a few years later that we learned what on Earth happened to that kid.  He won his finals match making him a Fargo national champion…and made the finals two other times, if I remember correctly. And he did so wrestling for Minnesota. In fact, he was named “Mr. Minnesota” his Senior year. We were pretty relieved when we saw that a kid of his talent-level didn’t just quit.

A couple years after that, we all watched him do his thing for the Iowa Hawkeyes, where they he was a 2 time All-American.

Nowadays, we are in the same annual Fantasy Wrestling League and I don’t think I’ve had a conversation with him that didn’t result in me laughing. He is a funny, funny dude.

My dad wrestled in college a short while at Dubuque. My kids are just starting.

I did alright as a youth, but really stated to come on in like 7th grade.

So you wrestled one year in Iowa as a youth wrestler and then noone (at least those who were oblivious to the national scene) heard from you until you wrestled for Iowa… What was the story behind that?

Actually my plan was to go to West Delaware for HS, but I got a wild hair and jokingly ask my parents about going to Apple Valley to wrestle (my dad’s good friend was the head coach at Apple Valley)…. I would attend wrestling camps in the summer there and I always liked the atmosphere Coach Jackson had created there. My parents somehow let me! My mother wouldn’t let me cross the gravel road till I was like 13, so letting her lil’ boy go was a big deal! AV just felt right to me, so I went for it. I believe it was the right decision for me. I have been blessed to meet some awesome, awesome people along the way!

You wrestled your cousin in the finals at AAU state your one year in Iowa. What ever happened to him?

My uncle was in the coast guard and moved several times. They settled in CT where my cousin Zeth “Beezer” Nolda won a state title or 2… He went on to wrestle Plymouth State…Currently teaching and coaching at Waterford in CT.

Won 4 titles and the  team did as well.

Injuries …keeping the right mind set …It’s easy to think the right way when things are going your way.

I like to think I attacked…and let it hang out there…….I needed work on bottom.

Tough question! Each coach has influenced me in their own way. I was privileged to have been around some of the best from the time I was young until I hung it up. My HS coaches were the best I could have ever asked for… I have built a bond with them that’s hard to explain. I still talk to them frequently. Actually last year, we went on family vacation with coach Jackson and his daughter to visit another HS coach! The bonds we have built will last forever.

Coach Duroe was also a huge influence on me. He helped me at Iowa and then I got the privilege to coach along side him at Cornell after college. Man was a beast! Great coach, but a better person… Just one of those types of people you just wanted to talk to…didn’t have to be about wrestling either…I’m smiling thinkin’ about him! RIP BIG D

I can not think of one loss of the top of my head that stands out the most. It’s more the whole picture. I didn’t get it done.

Yes HS we won it every yr (national scene we were right up there too). In college, I think we won it a couple times.

I would have just cowboyed up and get it done. At the time I felt sorry for myself…now I look back and I wish I would knuckled down and gotten it done…..

Jayson Ness (we had some good goes in Hs and college)

Yes, I wrestled at Iowa.

It has taught me many lessons in life! It has taught me to work hard and good things will happen……Shit happens but keep moving forward…..It opened my eyes as to how strong the mind can be and how detrimental negative energy can be.

I live in Manchester, IA with 3 awesome wild kids and a smoking hot wife that is way too good for me….. I work in CR.

Yeah, I help out a lil’ bit with the youth.

Big shout out to the Reiter bros/cousins……..used to scrap with them weekly growing up….I wasn’t much til’ I started scrappin’ with them in the hog barn.

I once bumped up to wrestle Jay Broschel when Apple Valley came down to Cedar Rapids for a tourney…. I pooped my singlet going into 2nd or 3rd period……..continued the match…I lost….shitty call……………