A Fantasy Wrestling Template that We Use 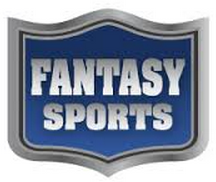 So how would you operate a fantasy wrestling league?  What would the rules and regulations be? Well, I have been in a fantasy wrestling league for college wrestling for 3-4 years now, and while I haven’t necessarily done that good at it (in a league of other wrestlers and wrestlers are smart, competitive and shifty as hell), I feel that this template has worked well for us… So if you would like to play Fantasy Wrestling, but don’t have a template to utilize, try this one out!

Huge props to the Patton brothers for putting this together.  Brilliantly done.

Style– Weekly scoring vs. the field, Leading into NCAA Tournament

Trading-There will be a trade deadline this year. The date is Feburary 22, 2019. Additionally, Ryan Patton has the power to veto any trade deemed “unfair”

“Zero” fee– $2 due before you can submit another line-up

Payout– The 2nd place finisher will receive $15. All other money collected will go to the Champ.

Rankings- We will use Intermat rankings to determine “bonus” points.

Scoring– In an effort to keep guys more engaged, we will be moving from season-long scoring to Weekly scoring. Here are the scoring paramenters:

3. With every team in a qualifying tournament, you will receive 2 points toward the NCAA Tournament for each Conference Champion on your 13-man roster. Your roster will lock at the start of the wrestler’s conference tournament, and you can not make any roster moves for the rest of the year. The only exception to this would be an injury.

4. Tournament Scoring- All 13 wrestlers on you roster will be scored for the Tournament. Traditional tournament scoring will be used to determine team scores. Head-to-Head & Conference Champion points will be figured in prior to the start of the tournament.

1. A full line-up must be submitted every week. If one is not submitted, you will receive a zero for the week & be charged $2. If you feel like this will be an issue, please do not join, as this will skew the results for everyone.

2. Line-ups are due by Friday morning each week. If you have a wrestler competing prior to Friday, your line-up must be in before he competes, if you wish to use him.

3. Line-ups may be submitted via text, email, or hand delievered.

4. Attendance at the draft is MANDATORY. I will do everything I can to work around everyone’s schedule. Due to some league members moving, I will try to make a chat room available to allow them to draft online.

5. * If a wrestler wrestles more than once in a given week, he will receive the average score of all of his matches that week. For example, a 133 lber, wins by regular decision on Friday, then wins by major on Sunday, he would receive 3.5 points for that week. (3+4)/2=3.5. Then, any “bonus” points(for wins against ranked wrestlers) will be added to this to determine the final weekly score. Additionally, you will receive 1 point for every win, after the 1st win in a given week.

6. Weight Class Changes- All wrestlers are eligible at the weight class that they are ranked at by Intermat. If a change occurs, there will be a one week grace period before your roster must reflect said change.

7. Bye weeks procedure- if you have no eligible wrestlers (injured wrestlers can be bumped for provisionally) scheduled for a match in a given week, you will be allowed to bump your line-up to fill the hole that week. 285 will bump to 125. This is only applicable for “bye” weeks.

8. Everyone is expected to double check their scores each week. Let me know of any issues ASAP. Weekly scores are considered final once wrestling begins the next week.

And with that said, we had our draft a few days ago and here are the rosters… How do you think it went? Who has the best Fantasy Wrestling team in this league? 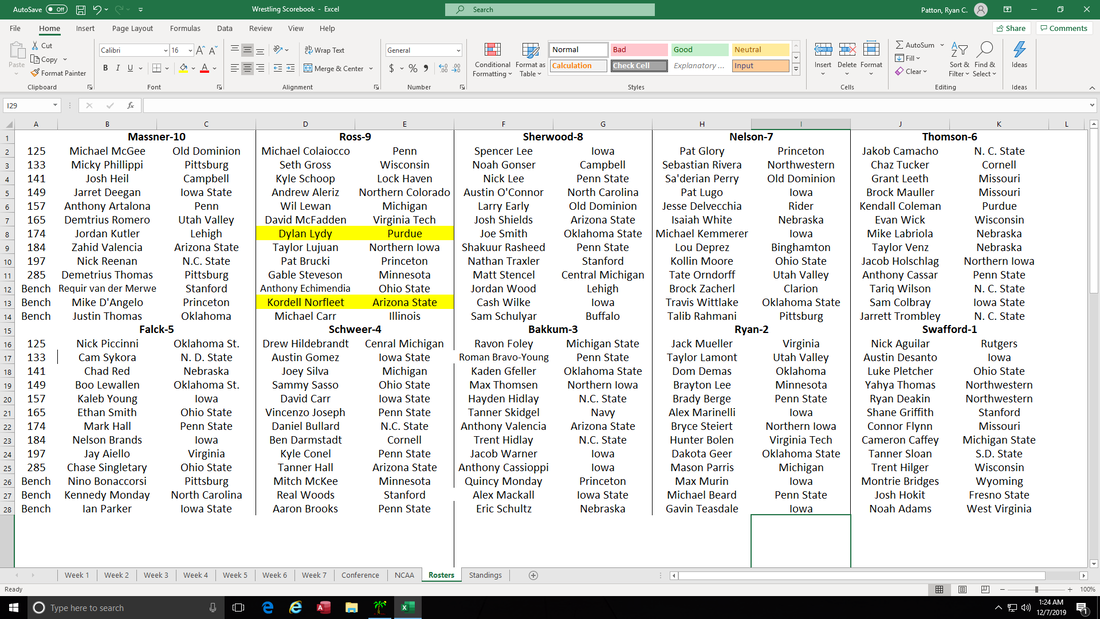