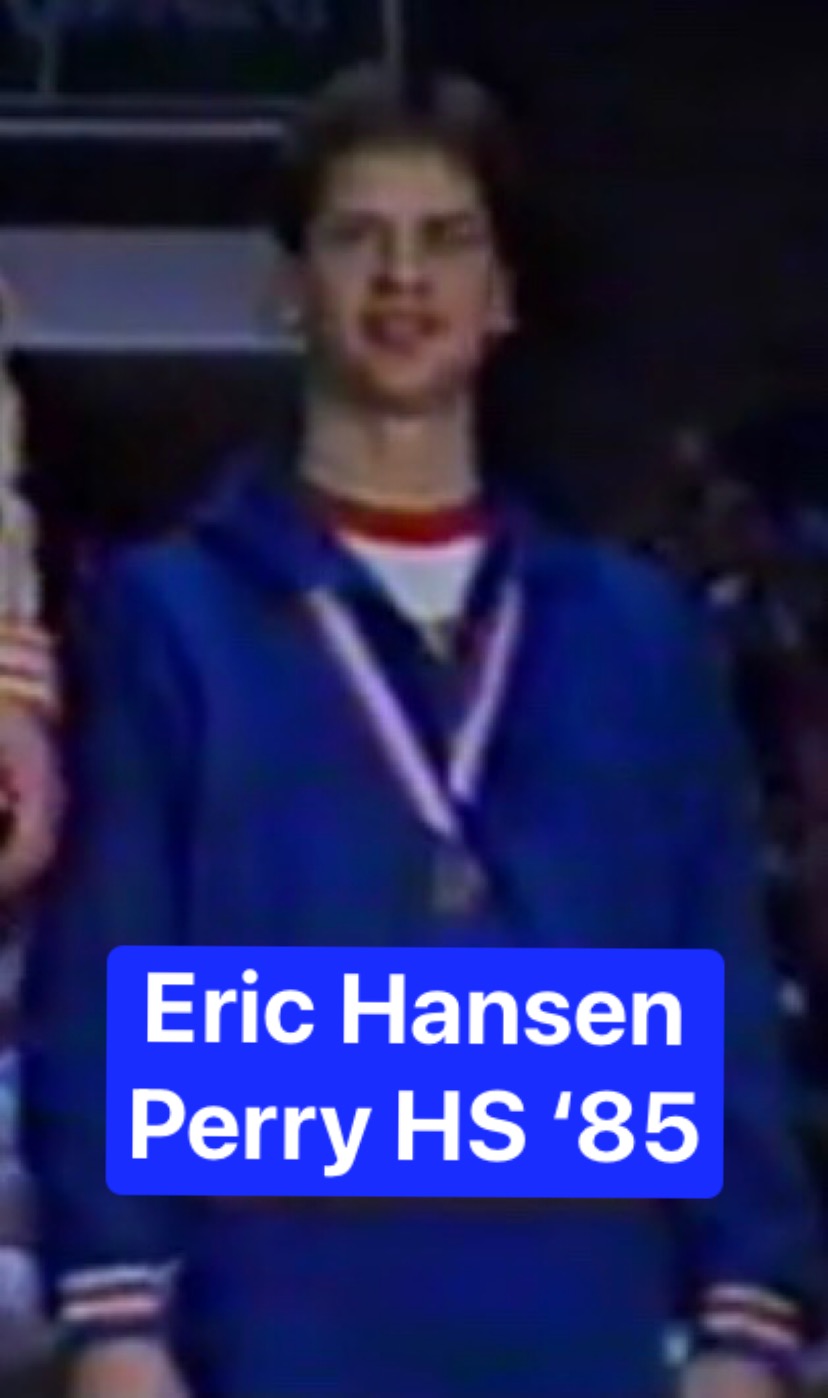 If we are gonna talk about some of the best guys from the 80’s to never win state, you would not be doing your due diligence in researching this topic if you were to leave out Eric Hansen of Perry HS. Eric Hansen defeated some guys who went on to become some of our states most legendary and notorious wrestlers. Wait til’ you read this…

As a Sophomore in HS, Eric came into the state tournament at 2A 98 lbs. with a 27-1 record and defeated one of my home school’s best ever wrestlers who never placed, Brett Andrews of Mepo. Andrews had a 26-1 record coming in himself… big win for Hansen. He made the semis when he defeated Tom Dumbaugh of Mount Vernon, but was defeated in a close 4-2 match by future 3X state champ and D1 National Champ, Jason Kelber of State Center-West Marshall. Eric went on to place 5th that year. 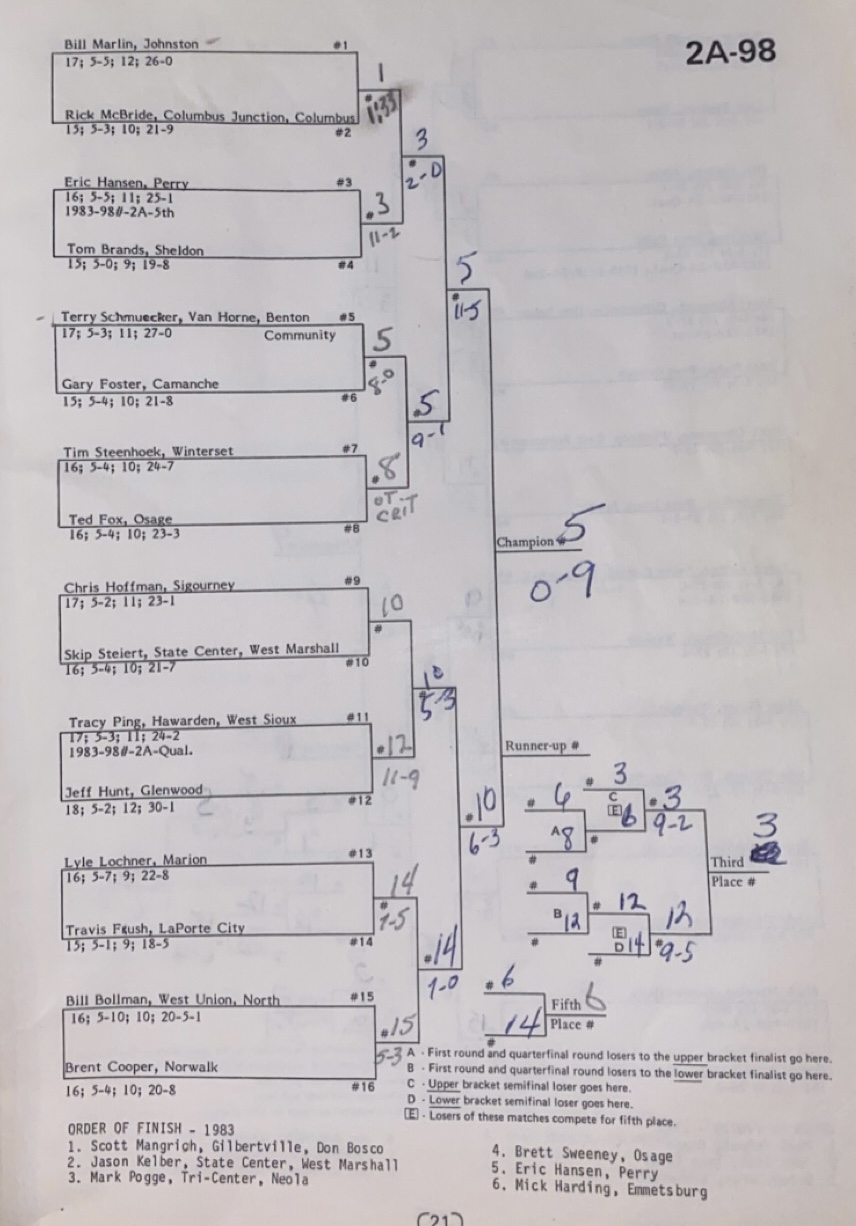 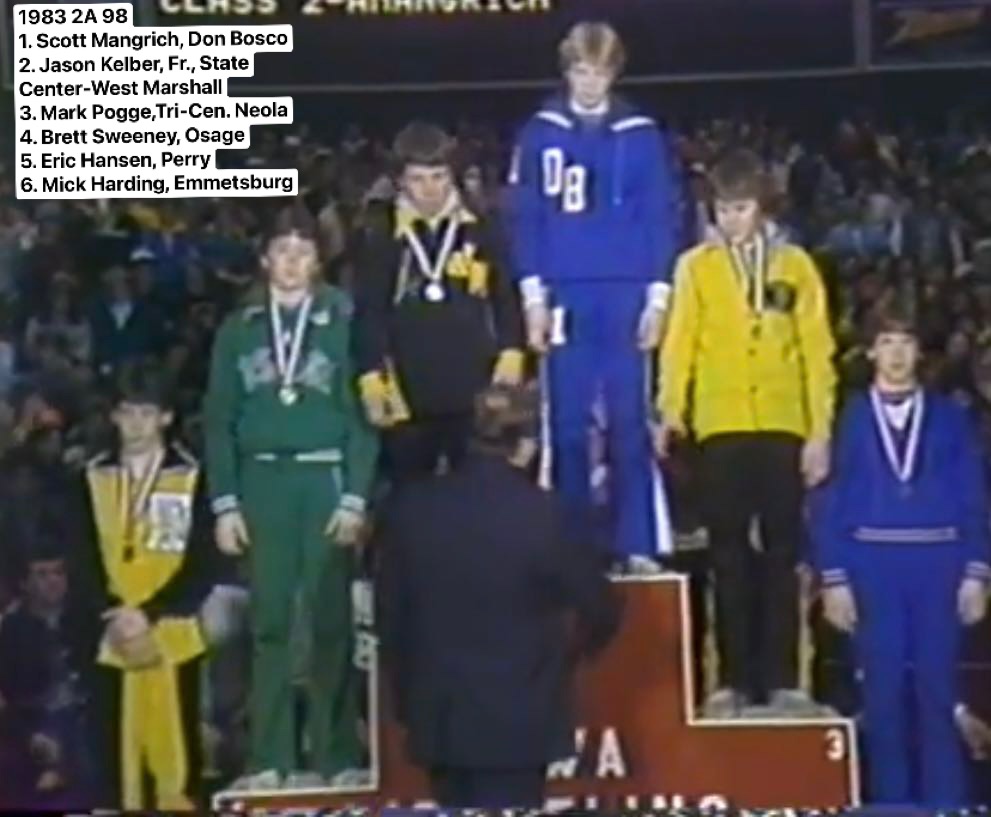 As a Junior in HS, Hansen came into state with a 25-1 record and was at 2A 98 lbs. again. He made the semifinals that year and beat a couple of absolute hammers. First round, he defeated a Freshman from Sheldon who I’m sure a lot of you have probably heard of before. His name is Tom Brands and Hansen won the match 11-2. Brands was young at the time and clearly hadn’t reached his potential at the time, but come on…it was Tom Brands. That was a huge win. Brands went on to attain legendary status for his accomplishments on the mat and now via coaching. He is the current Head Coach for the Iowa Hawkeyes. Hansen followed this up with a win over Johnston’s Bill Marlin. Marlin was 26-0 coming into the match. In the semis, Hansen was defeated by 2X state champion, Terry Schmuecker of Benton Community. Eric fought back hard and won two more nice matches to place 3rd. 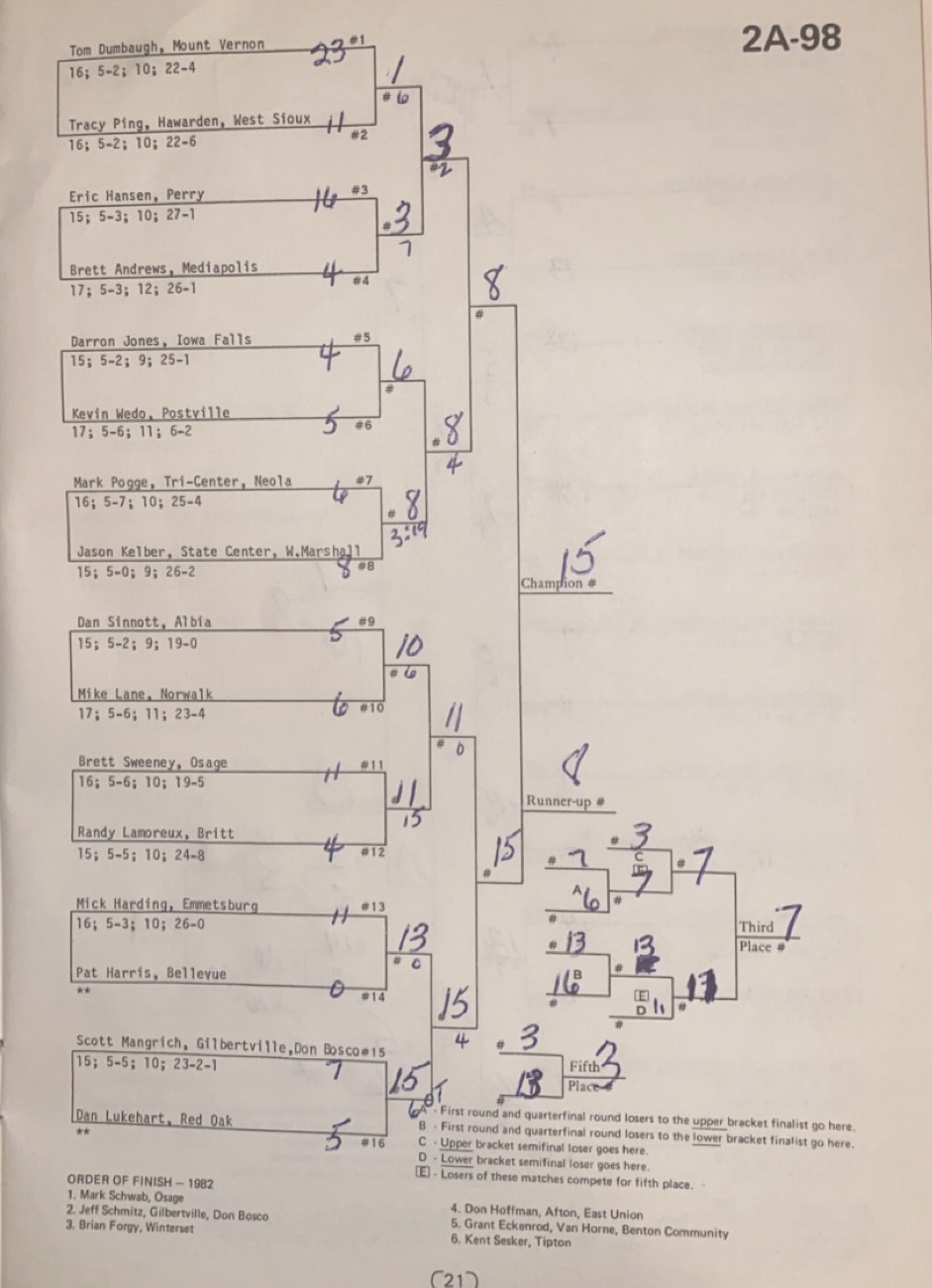 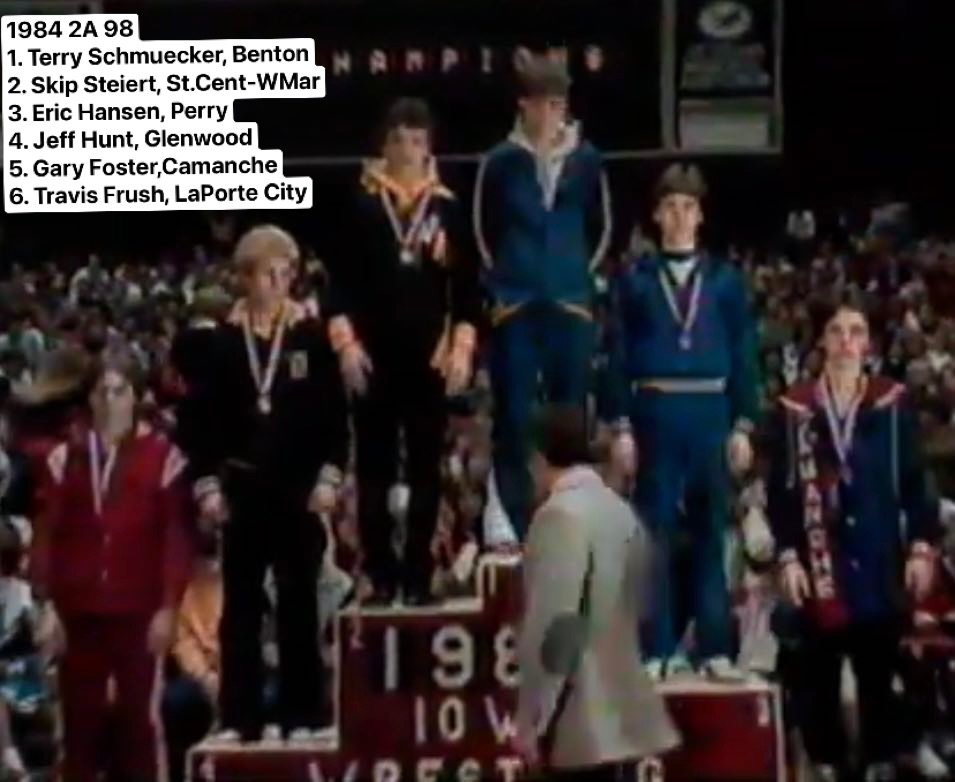 As a Senior, Hansen went up a weight to 2A 105. And oddly enough, guess who he drew first round? You guessed it, Tom Brands from Sheldon. As convincingly as he defeated Brands the year before, one would assume that he wouldn’t have much trouble in this match, but this was obviously a turning point year for Brands, for Tom won the match 8-3. Tom Brands went on to make the finals, so Hansen was able to wrestle back and he did so in admirable fashion, for he fought his way all the way back for 3rd place. In the consolations, he defeated yet another future Hawkeye legend…. Chad Zaputil of Centerville. Zaputil would go on to become a 3X finalist/2X State Champion and would become won of the most decorated Iowa Hawkeyes of all time, becoming a 3X NCAA runner-up. Obviously yet another huge win on Hansen’s resume. 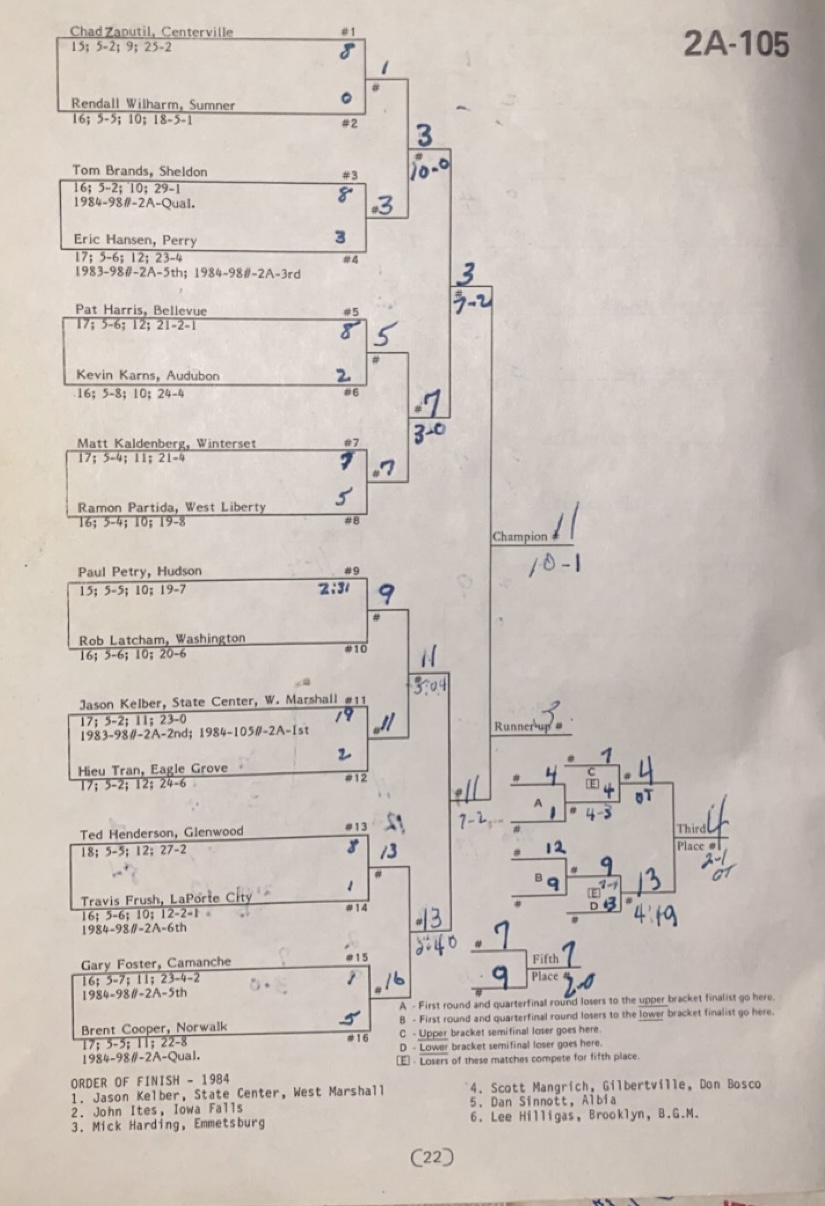 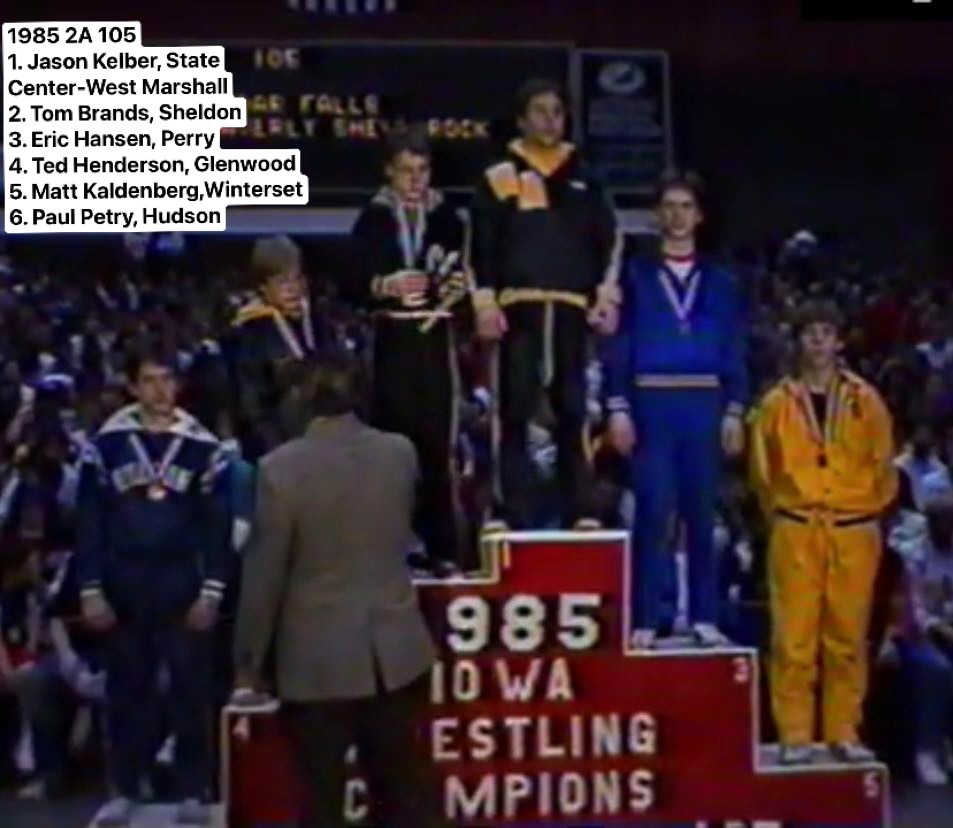 Eric Hansen finished his HS career placing 5th, 3rd and 3rd. Incredible, considering who he was faced with year-in, year-out.

In December of 2020, Eric Hansen passed away. I don’t know how or any details, but his wrestling legacy should not be looked over nor forgotten. A Perry HS legend.