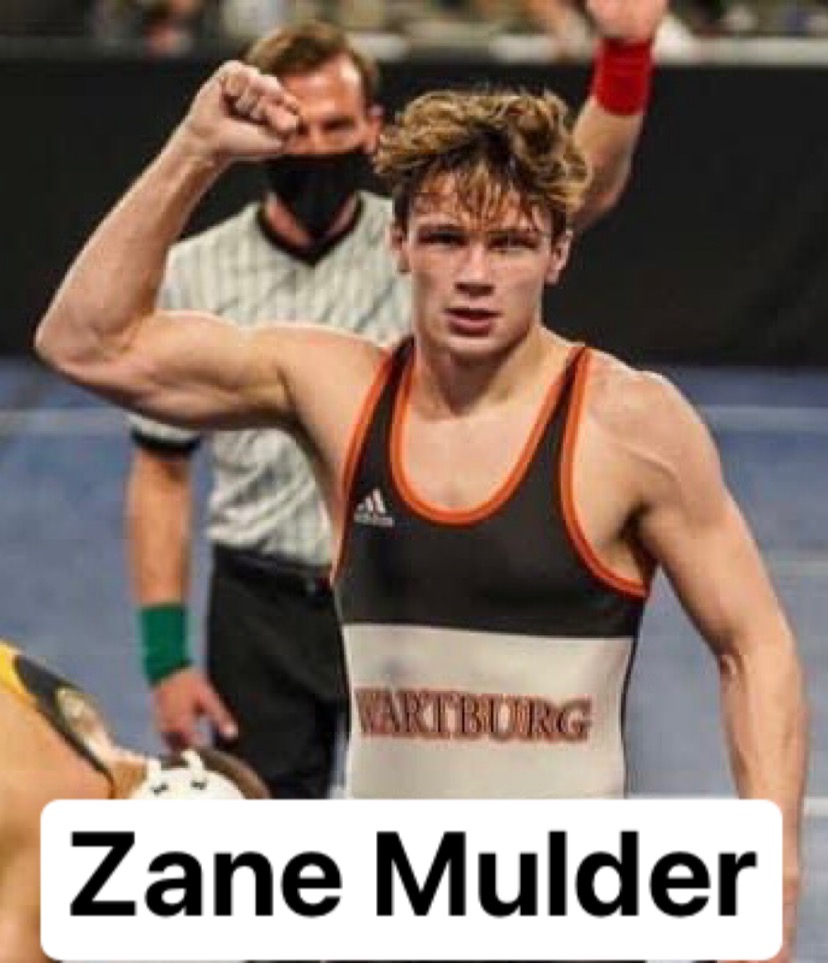 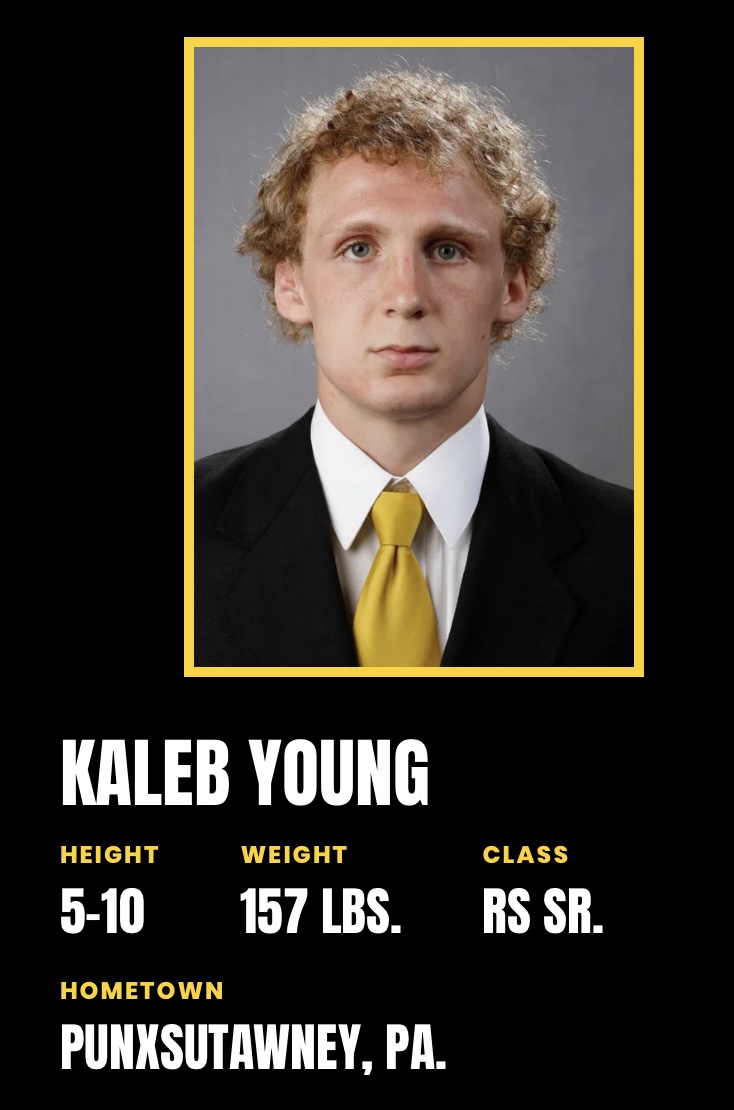 In the Elite division at 157, there were 3 different Iowa HS state champs. Chance Throndson (Upper Iowa/Riceville HS), Ryan Steffen (Upper Iowa/Crestwood HS) and Will Esmoil (Coe College/West Liberty HS). And Kaleb Young of Iowa either Majored, pinned or teched everybody he faced in this bracket, including two of the state champions… He scored a 13-4 MD over Ryan Steffen of Upper Iowa and a 20-4 TF over Chance Throndson in the finals. Great day for him! Kinda an odd way this bracket unraveled… The guy who got 3rd was AJ Patterson of Coe. He was sent to the consolation side by Ryan Steffen. Steffen beat him 13-5….  But styles make matches, I guess and Patterson fought back for 3rd and Steffen placed 5th. Tough, balanced bracket!

In the Silver bracket, this kid named Cole Hansen of UW-Platteville had a great day. Won 4 matches to make the finals and capped it off with a 12-2 win over Sebastian Robles of Iowa. Robles had a good day himself. He won 4 nice matches just to make the finals. 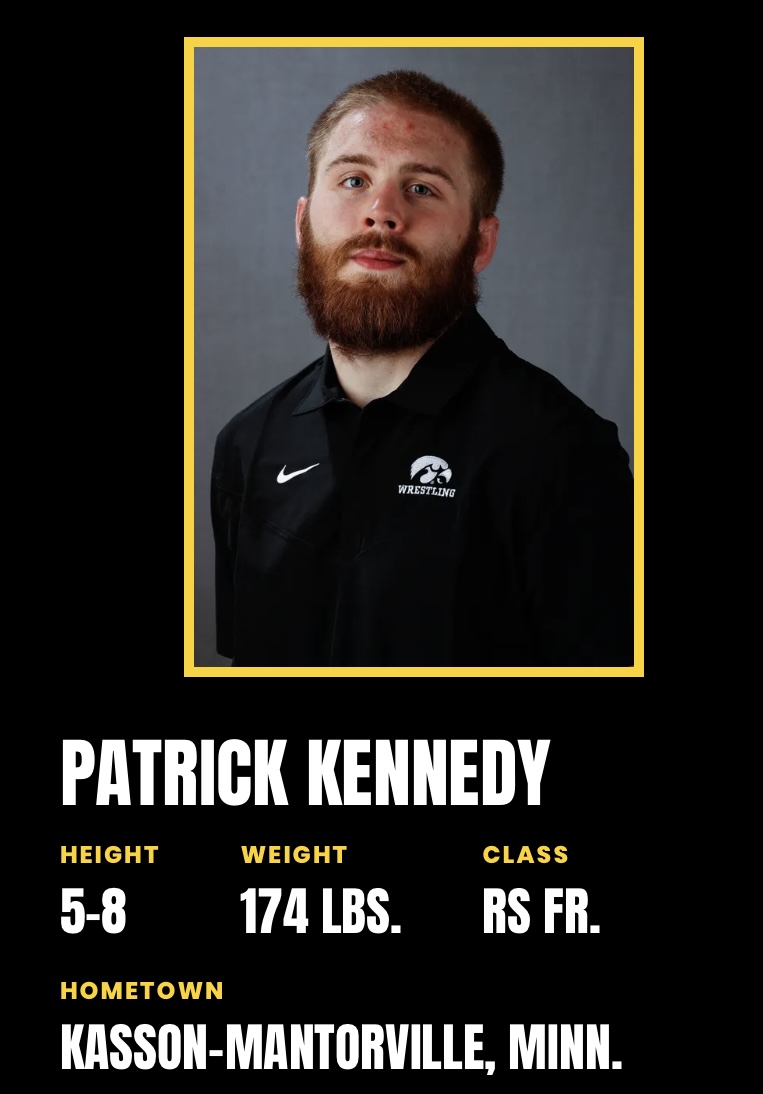 The top 3 in the Elite Division at 165 were all from Iowa. 1.) Alex Marinelli, 2.) Patrick Kennedy and 3.) Joe Kelly.  Marinelli and Kennedy would both have a shot at going 1-2 at Nationals if they were both in the bracket. We will get to that. Joe Kelly’s only loss was vs. Patrick Kennedy. You’ll have that. Kennedy is something else. But man, he was absolutely solid in his other matches. I don’t know if people realize how nice it is to have Joe Kelly as depth there. His ceiling is higher than people realize. He was from my area…SE Iowa… West Liberty, to be exact. He and Brennan competed in track, football and wrestling for years growing up, for our schools have a nice little athletic rivalry. I’m not sure how many people realize this, but Joe Kelly is an athletic beast! Very explosive! He was one of the best athletes in his age group in our entire region since he and Brennan were little kids. He was first team all state in football as a running back, I believe. He sprinted at state track. He was runner-up and 3rd at state twice. He placed 8th as a Freshman. That kid can be molded with his high athletic ceiling if he buys in, which he does buy in. He hasn’t had a whole lot of mat-time, for he’s spent a lot of time at Iowa battling injuries, so he still is in the mode of trying to adjust to the speed of the Iowa room, I’m sure, but man…. If he gets completely settled in and acclimated, don’t sleep on this kid…I’ve seen this kid do a lot of impressive things in multiple sports over the years. And his dad, Mitch was a Hawkeye. He had a huge win over one of the Carr’s from Iowa State back in 1987…. Watch how Mitch wrestles in this match….That is what Joe Kelly looks like. That’s how he’s looked for years. A fun, dangerous style when he lets it fly.

I’ve seen a lot of people make comments about how much they liked the Marinelli vs. Kennedy match, but to be perfectly honest, that was my least favorite match out of both of those guys throughout the entire day. They were much more fun to watch when they were wrestling against someone they didn’t know like the backs of their hands and in an odd setting when compared to the setting they are used to battling each other in. Everything about that match just felt… awkward. I mean think about it… those two are both almost perfect at the craft of wrestling and have gotten to that level, largely in part thanks to each other, for they’ve spent hundreds of hours by now practicing against each other within the confines of a wrestling room… That was the first thing I thought when they took the mat with each other… “hmm… I wonder if these two have ever wrestled each other in an atmosphere where there aren’t walls nearby to crash into.” At first it literally did just kind of seem like they were trying to get used to each other in an open setting, for there was no score at the end of the 1st period. It got a bit better after that… The match was settled on a takedown by Marinelli in the 3rd period. He won 3-2. Both of those guys are good enough to win an NCAA Championship. Kennedy can still win 3-4 of them. He’s that good. It was a lot of fun watching them in the earlier rounds. 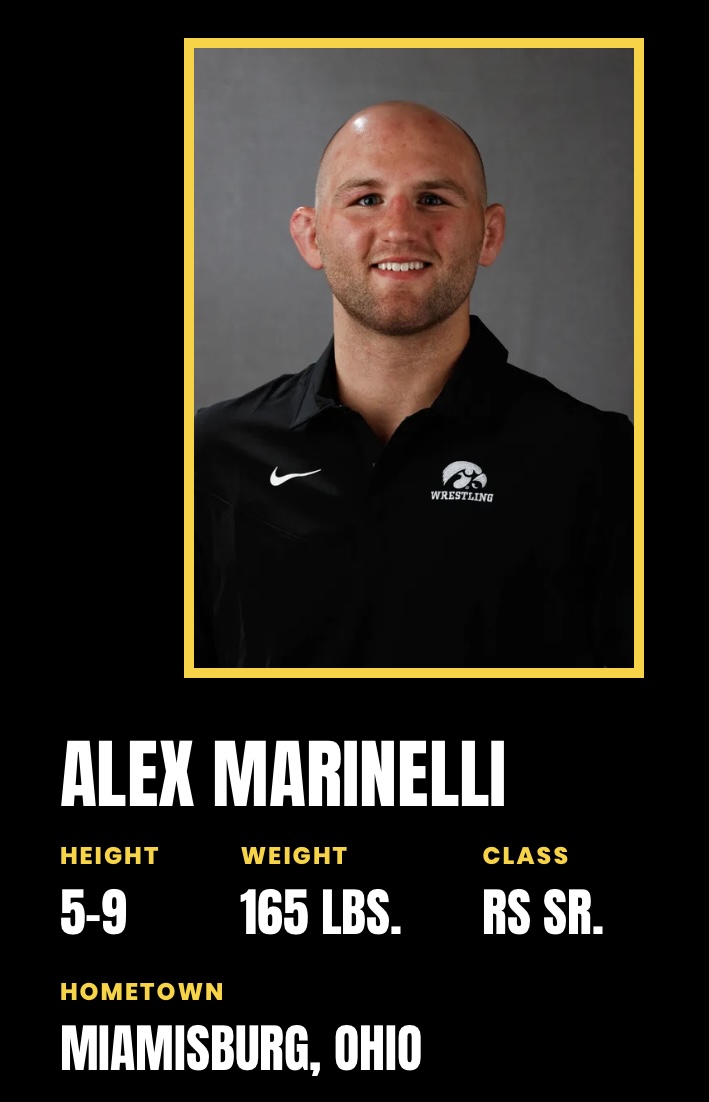 The way that Marinelli is able to continuously flow from one move to the other to this counter to that counter without ever stopping, just flowing…. it’s something that amazes me. Kennedy and Marinelli are wrestling artists at this point. 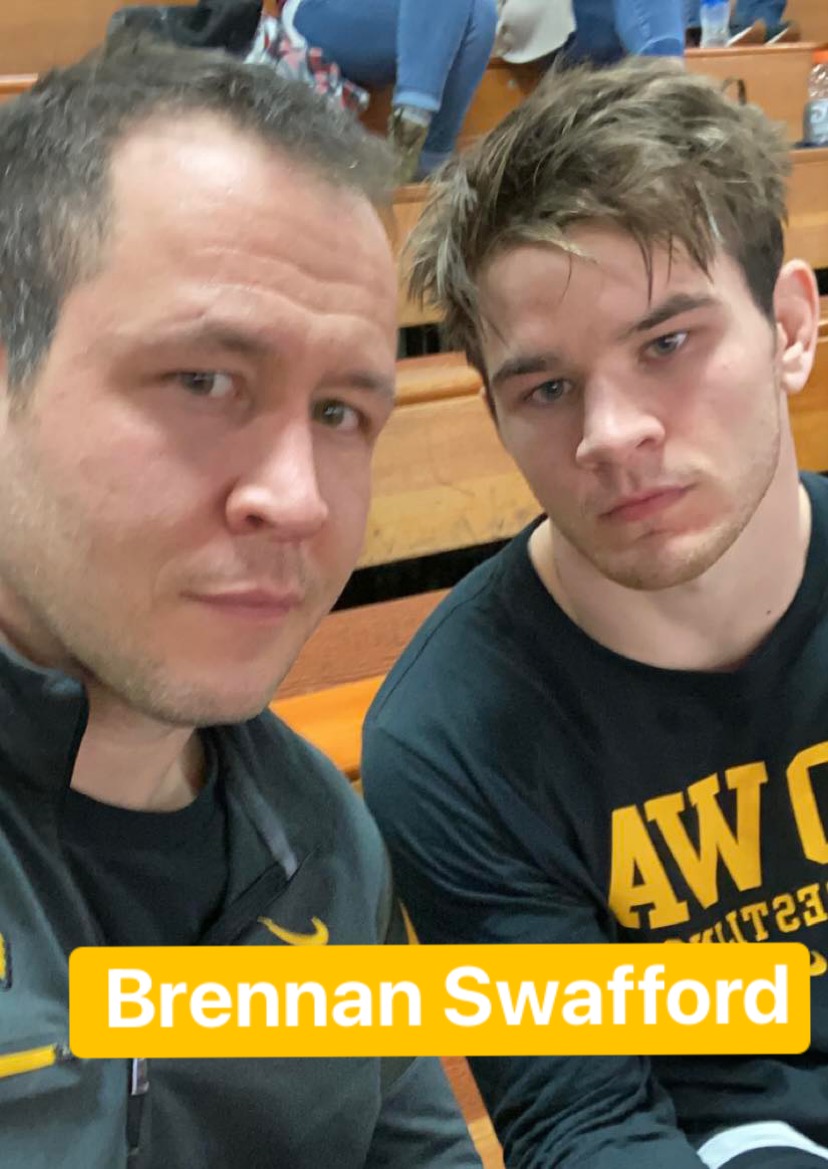 The man at 174 in the elite division was Zane Mulder from Wartburg. Zane went to Iowa State for his first couple years and spent his share of time as the starter and did pretty well there, but transferred to Wartburg and placed 2nd at Nationals. He beat my brother, Brennan Swafford of Iowa in the finals. Brennan was a 2X NAIA Champ before Iowa. Prior to the match, I had a pretty good idea of how close it would be. Those two go wayyyy back. Way back to 2nd or 3rd grade. They’ve wrestled in the semis, finals, placing rounds, etc. in several big tournaments since they were little. That’s not including the several they had at other various youth tourneys. Their matches were always close. Always, always, always a back and forth dogfight between the two of them… and look at them now… wrestling in the finals at the Luther Open as upperclassmen wrestlers…and as expected, close match. Zane wrestled Brennan perfectly… Exposed some things he needs to change in his game and with that said, I believe it was a good loss for Brennan. Coaches have been on him about his spurty, opportunistic style on bottom… and they will be on him about it even more now. I’m just happy because it seems like this loss got through to him in terms of knowing that he needs to change it up, because the first thing he said when he met us in the bleachers was, “alright, no more messing around, I need to start doing what Nelson Brands does and explode out of there on bottom and not wait for an opening… because sometimes there’s not an opening.”

A couple people were a little down on Brennan after that match, which is something to expect after a loss,  but I’m not sure these people realized how sneaky good his 3 wins to get to the finals were. First match he wrestled a kid named Jacob Herrmann from Wartburg. He teched him in the first period. I got to know Herrmann a bit when he was a Senior in HS… great kid! He was undefeated coming into the state tournament as a Senior and wrestled a 1-2 point match with Cade Devos of SE Polk in the finals. Devos was a Senior that year as well and was just cruising that year… that was one of the only close matches he had all year. Herrmann is tough. Next match, Brennan wrestled a Freshman from UW-Eau LeClere named Jared Stricker. I personally don’t know why Stricker isn’t D1. Last year he was an undefeated state champion in WI, won Greco and Freestyle at Northern Plains Regionals, had a combined record of 11-0 at Greco and Freestyle National Duals for Team Wisconsin, he was 4th at Fargo Nationals in Freestyle and 2nd at Fargo Nationals in Greco this past summer. Brennan won 8-6, 2 of those points he gave up were questionable stalling calls… We beat a stud there. And in the semis, Brennan got up big before pinning a guy named Nolan Paar who got 2nd at Folkstyle Nationals behind Anthony Zach of Waukee a couple seasons ago. That kid ended up beating Stricker for 3rd… So although he lost his finals match, it doesn’t omit the fact that he put together 3 wins over quality competition. Peaks and valleys

Told ya Zane and Brennan went WAYYYY back! 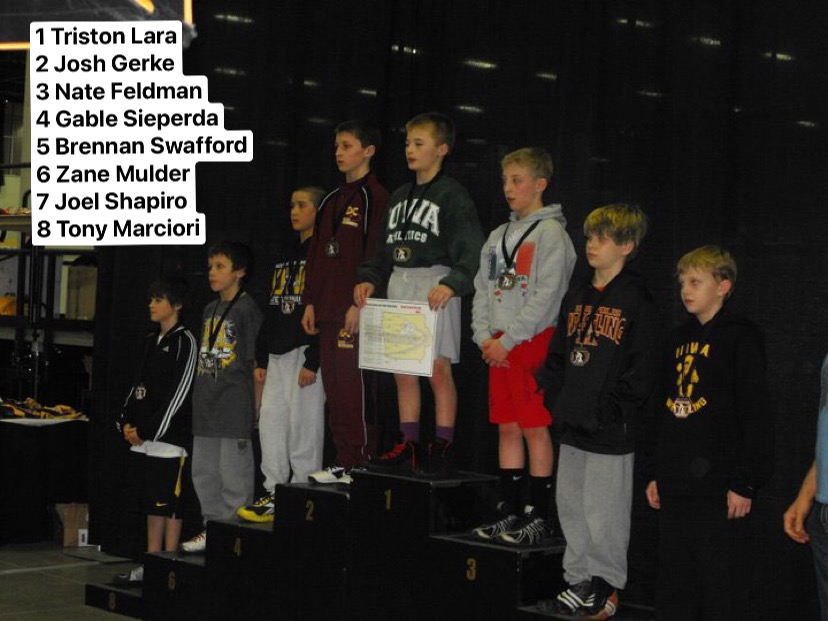 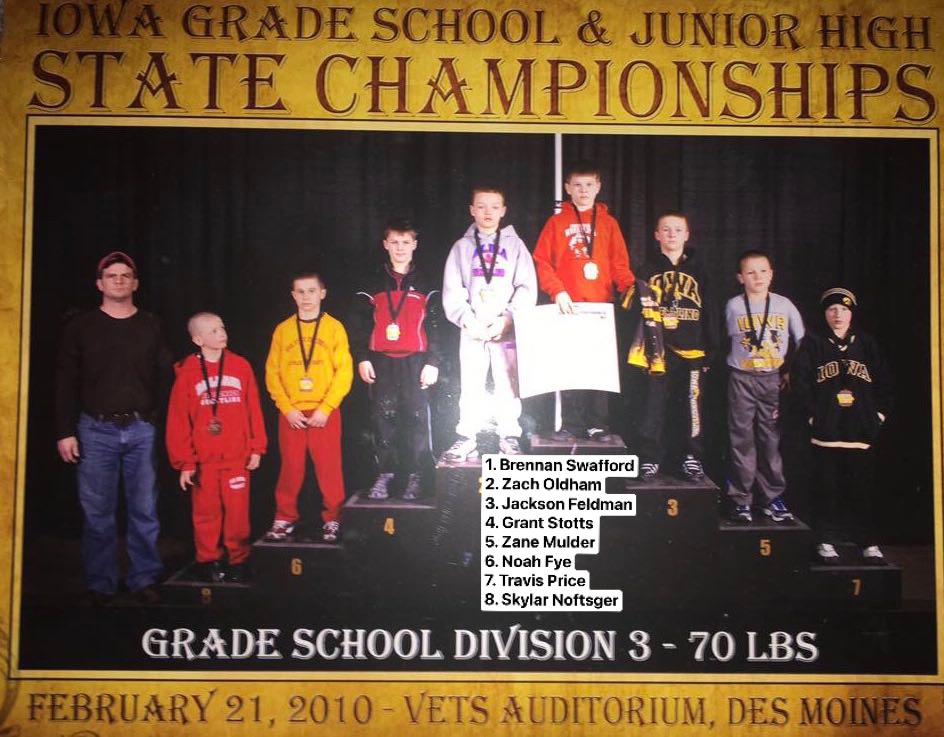 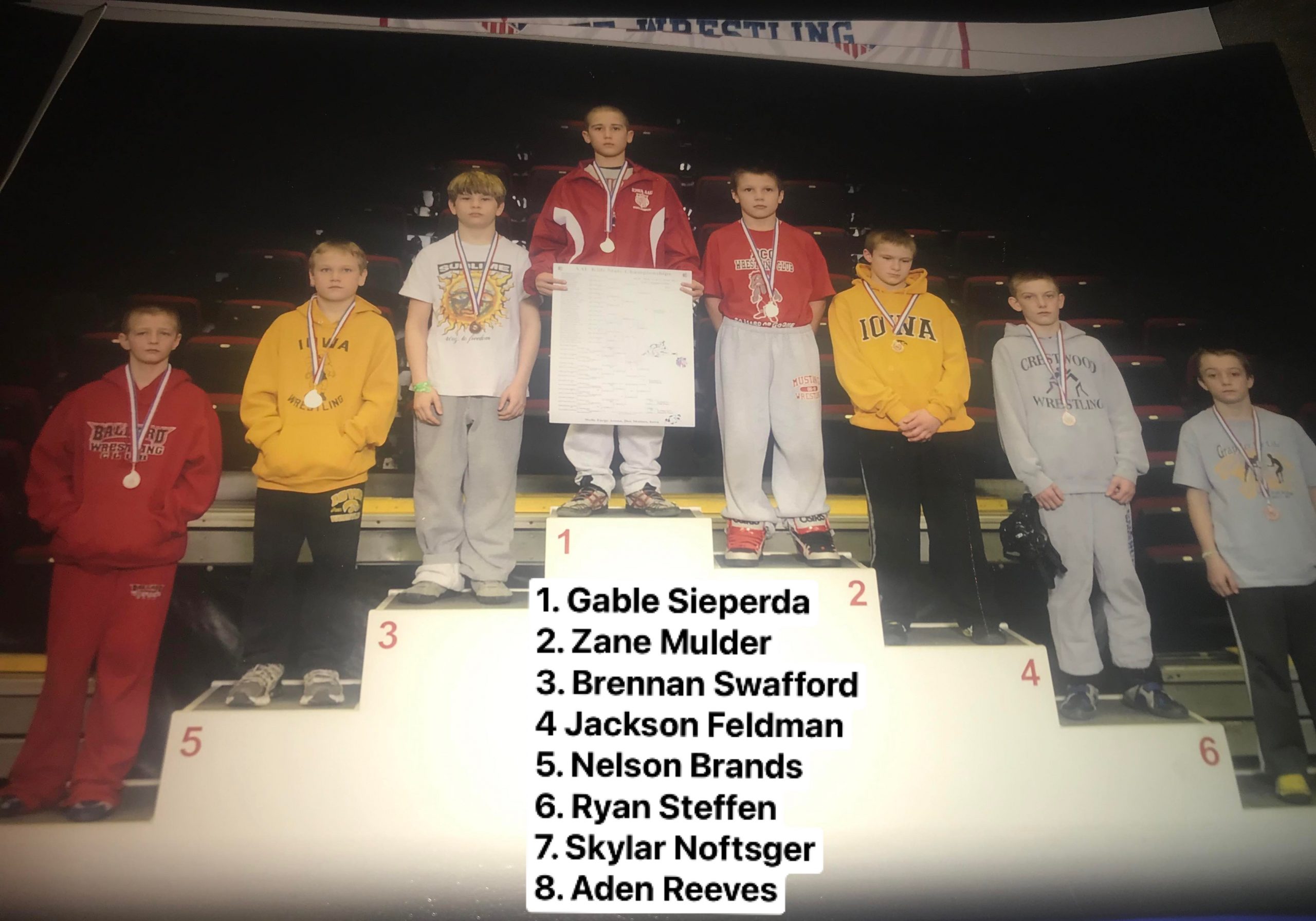 * Props to LJ Richardson of Coe for winning the Silver Bracket. 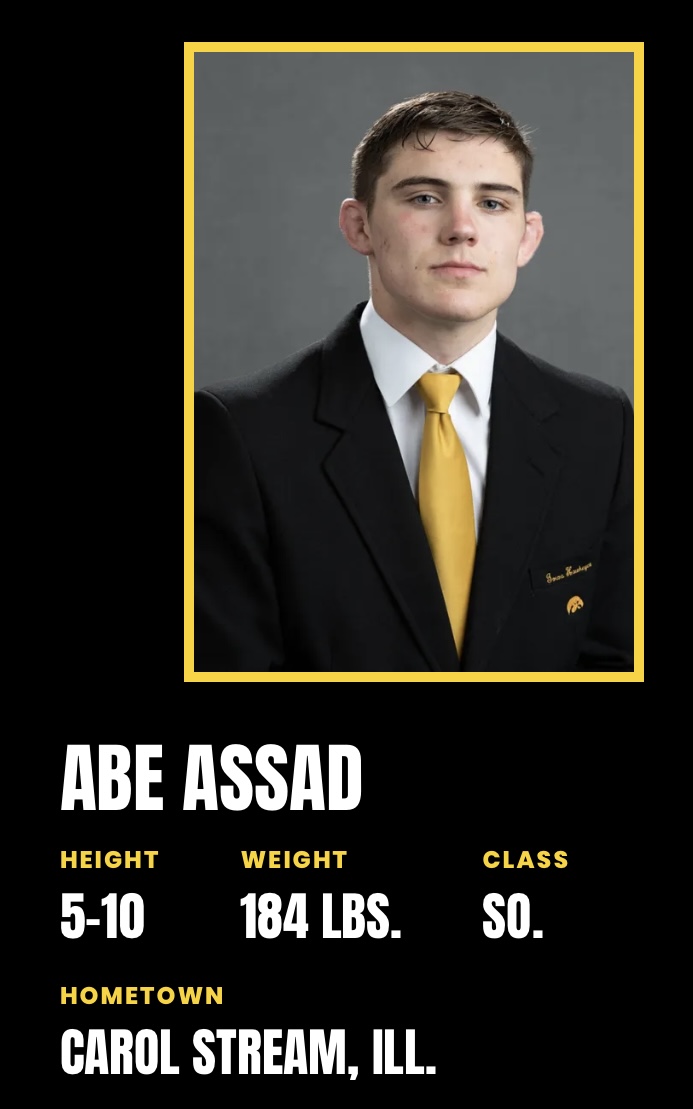 The kid who won 184…yes he was a HS kid. He is a guy from Askren’s Wrestling Academy named Clayton Whiting. This kid was a monster. He looked older than me, and I’m 38 years old. He beat Iowa’s Abe Assad in the finals. There is no way around the bad day for Assad and he would be the first to admit that, I’m sure… I don’t see how he could possibly think of any positives on how the tournament went for him. There is a lot of razz about him on social media about this loss right now which is unfortunate, for I’m sure he already felt bad enough about it.  BUT, it is NOT doom and gloom simply because Assad had a bad finals match. Assad is fine. He looked great in the matches leading to that one. And we’ve seen him in years past start out slow before cranking it up a few weeks later.…2 years ago, he lost in the finals of the Grand View Open to Kendrick Jones of Grand View who ended up placing 5th at NAIA Nationals. The next weekend, he was beaten 8-3 by Julien Broderson of Iowa State at the Lindenwood Open… He seemed to have Julien’s number prior to that tournament, when they were HS kids…I’m sure he was feeling pretty awful about both of those losses. One month later, he was runner-up at Midlands and in doing so, beat some now proven D1 standouts… Max Lyon, Tanner Harvey, Travis Stefanik, Zach Braunagel and just a couple weeks after Midlands, he beat Taylor Venz. Abe Assad is a very methodical, skilled, intelligent wrestler who is going to be fine. In a few weeks, it will seem like that match never happened.  A lot of these guys will be different animals in a month. I think Assad will be one of them, considering he has shown this pattern before.

Props to David Papach of Wartburg for winning the Silver Bracket. 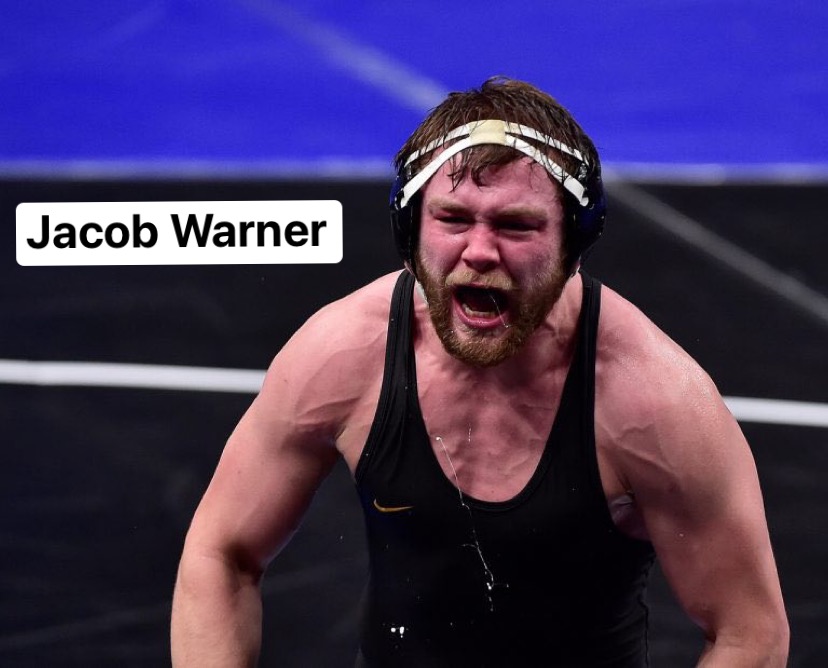 I wish I had more to say about this weight. I didn’t see much of it. What little I saw basically consisted of Jacob Warner of Iowa literally looking like Jack and the Beanstalk amongst a couple of brave grasshoppers who were brave enough to step on the mat with him. He squashed the 2 guys I saw him wrestle. I am not sure I saw Zach Glazier (Iowa) wrestle. I’m not sure what he looks like, TBH… but he was the champion of the bracket after Jacob Warner took a Medical Forfeit to him. Tyler Hannah from Wisconsin-Platteville placed 3rd. He beat the guy who put him in the consolation side, Kobe Woods of Wartburg for 3rd and 4th. 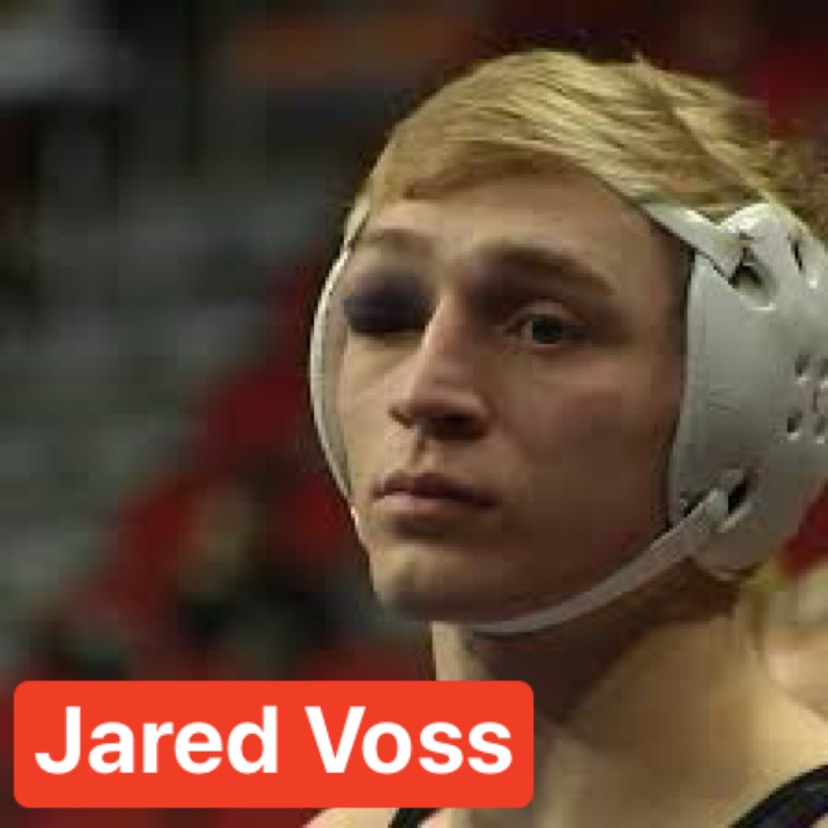 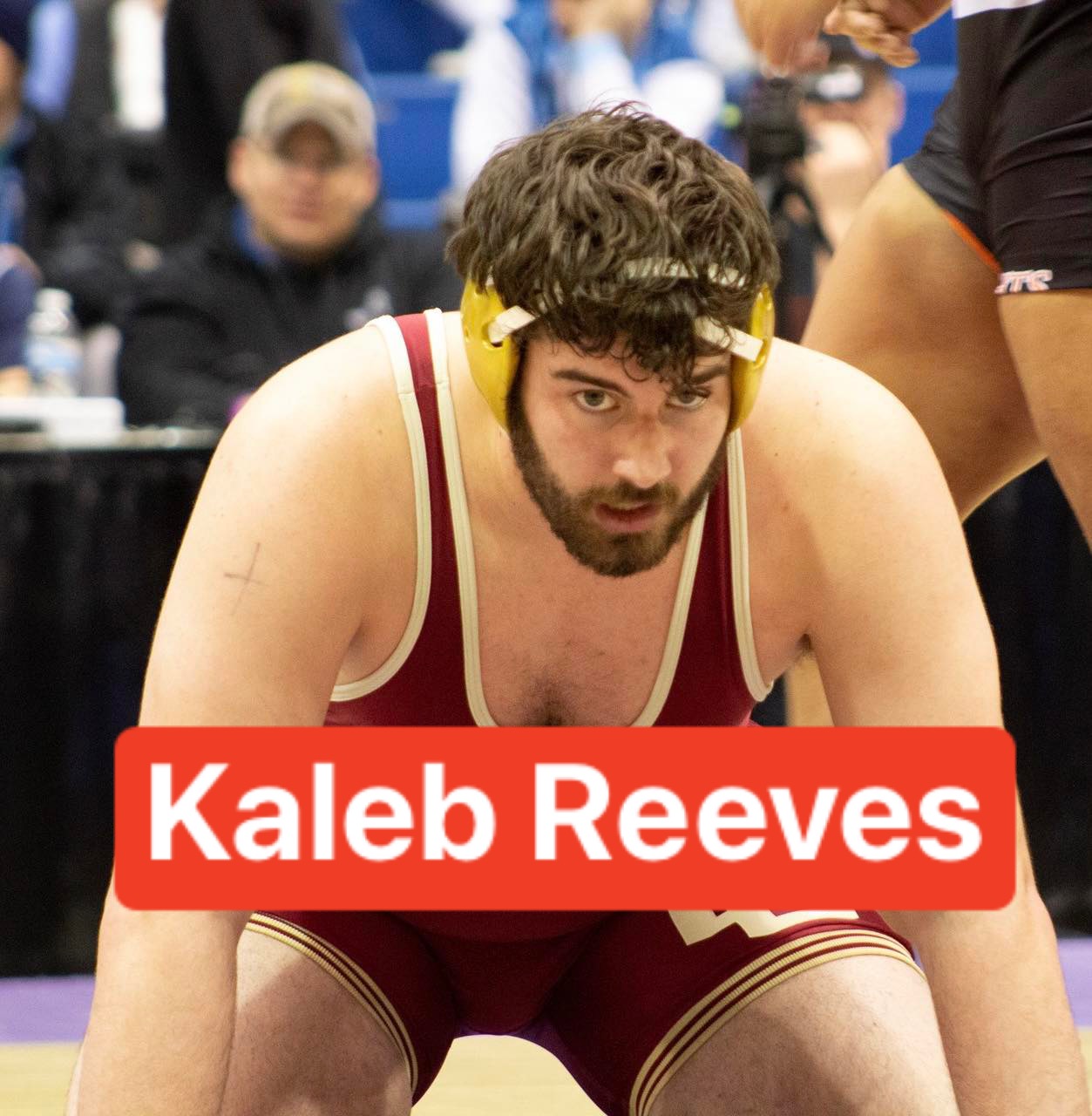 I didn’t get to see much of this weight, but holy cow, not much has changed with the tendencies of Kaleb Reeves of Coe. Kaleb is from Sigourney, IA… another SE Iowa school that is in my general vicinity. I’ve watched that kid wrestle probably 100 times since he was little… and I don’t think I’ve ever seen him wrestle a match that lasted past the 1st period…ever.  Yesterday he won 4 matches to take the title. He scored falls in 3:28, :56 seconds, :23 seconds and :13 seconds. The :13 second pin came in the finals. This dude is a beast. Great job, Kaleb! Aaron Costello (Iowa) was cruising his first two rounds until he medical forfeited in the semis. Not sure what happened there.

Big props to Walter West out of Luther for winning the Silver Bracket in his own gym.