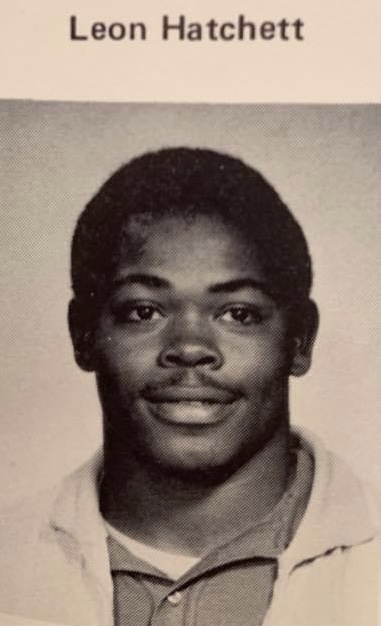 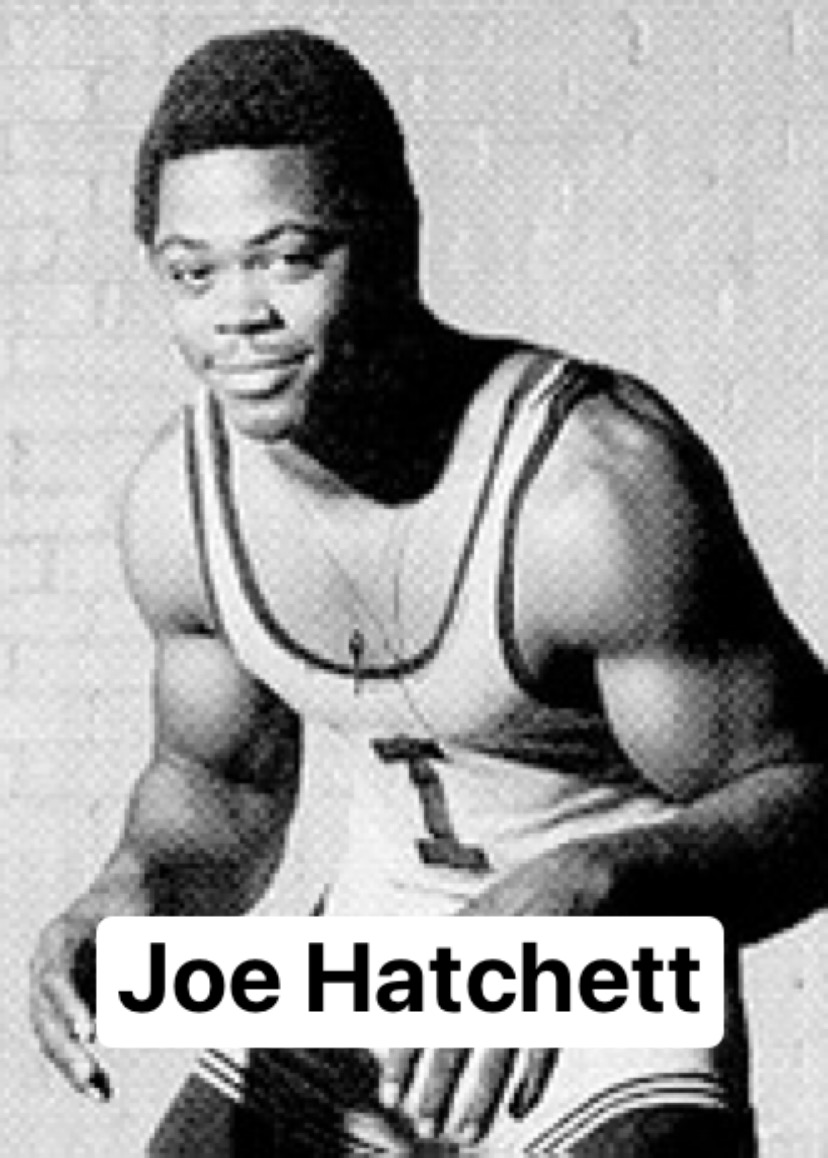 In the 1967 Iowa HS State Wrestling finals at division AA 165, a couple guys with a lot on the line besides the state championship itself ended up colliding in the finals and the final result was considered controversial by many in attendance. Kim Rhoads of Cedar Falls was the returning state champion and had a 50 match winning streak on the line. Leon “Joe” Hatchett of CR Washington had a 26 match winning streak going himself. The match ended up going into OT and neither guy scored a point in regulation or in OT. It came to a point where the official had to decide the outcome and he ordained Kim Rhoads the 1967 Iowa HS State Champion at AA 165. The fans in Hatchett’s corner did not agree with the decision and one accounts said that they feel the reason the official awarded Rhoads with the championship was because he had a cradle locked up at one point in the 2nd period, but didn’t bring him over. A pretty frustrating way to lose, to say the least. Be thankful we are past that point in the timeline. 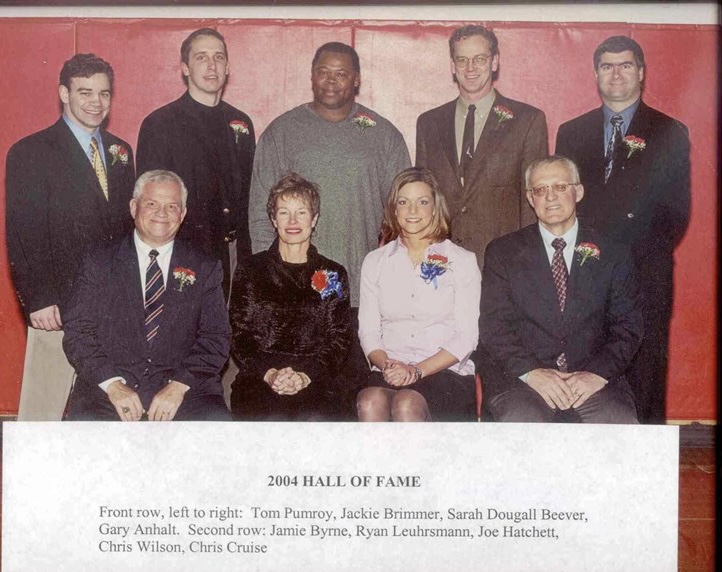 Hatchett was a standout athlete at CR Washington, not only in wrestling, but in football and track as well. So good, in fact that he was inducted into the CR Washington Hall Of Fame for his accolades in all 3 of those sports. 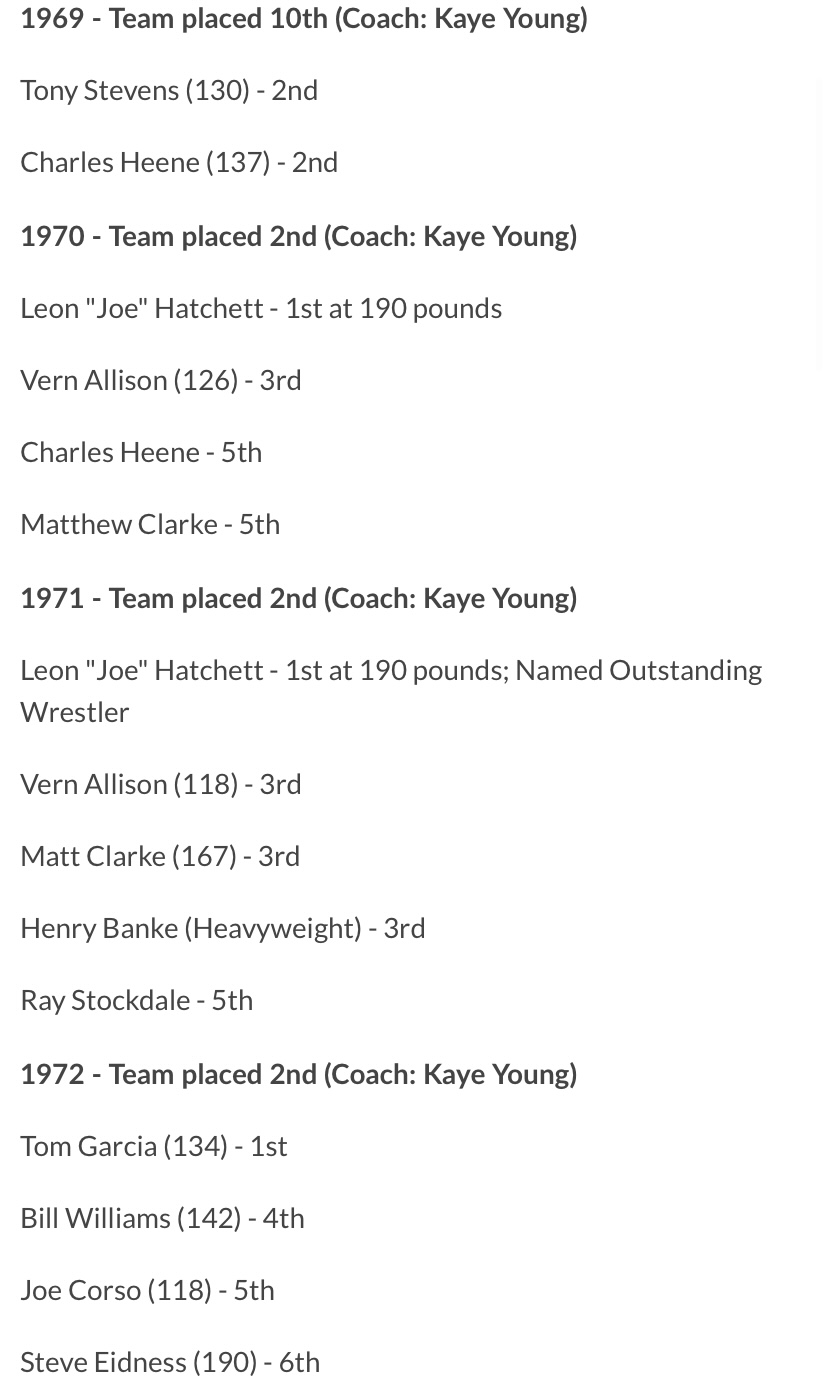 When Hatchett got out of HS, he went on to wrestle his first 2 years at a JUCO called North Iowa Area Community College. His coach was Kaye Young. It was there where he really brought his game up yet another level. Hatchett became one of the best JUCO wrestlers of all time when won a National Championship at 190 lbs in 1970 and 1971. In 1971 he was so dominant that he was awarded the OW of the tournament. He was known as just a bruising, powerful wrestler who had one of the sport’s best headlocks imaginable. Joe was undefeated in his time wrestling at NIACC. He has told stories about some of the unique training tactics that Coach Kaye used with him to develop him as a wrestler, and these tactics worked. When you consider how “out of the box” some of these tactics were, such as having him practice with the tallest basketball player at the school to train him how to adapt to someone who has a length or leverage advantage, it goes to show you how intelligent Coach Kaye was in such a unique way.

Joe Hatchett did have to deal with some racial adversity when he was at NIACC. Not from his teammates either, but from fans from opposing squads after he would beat their guy. The team was multi-racial and right-knit like a family… a family that was on the grind together and they had each other’s back, including when these fans got out of hand with their racial discrimination towards their teammates. There was one time things got so out of hand that after Joe won a match, the opposing fans began throwing rotten eggs at Joe. This understandably set Joe off as he ran right for these fans in the crowd and had to be pulled away. The support that the coaches and teammates had for each other made it easier to get through hateful situations like those. 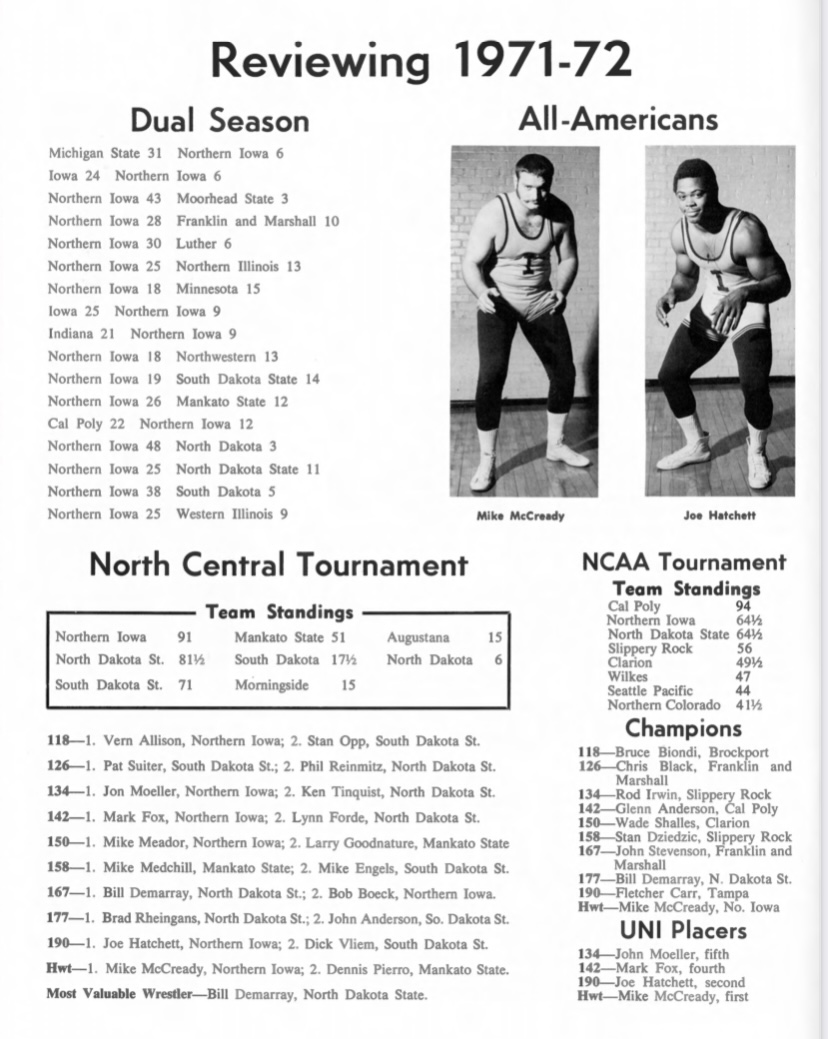 After his time at NIACC, Hatchett went on to wrestle for UNI, which was in division 2 at the time. While at UNI, Hatchett continued to do well, placing 2nd at division 2 nationals at 190 lbs., falling to Fletcher Carr in the finals.

After Joe’s time competing for UNI, Joe Hatchett went into bodybuilding and eventually became so good that he was named “Mr. Iowa.” awesome. He apparently had a 29 inch waist with 22 inch arms. 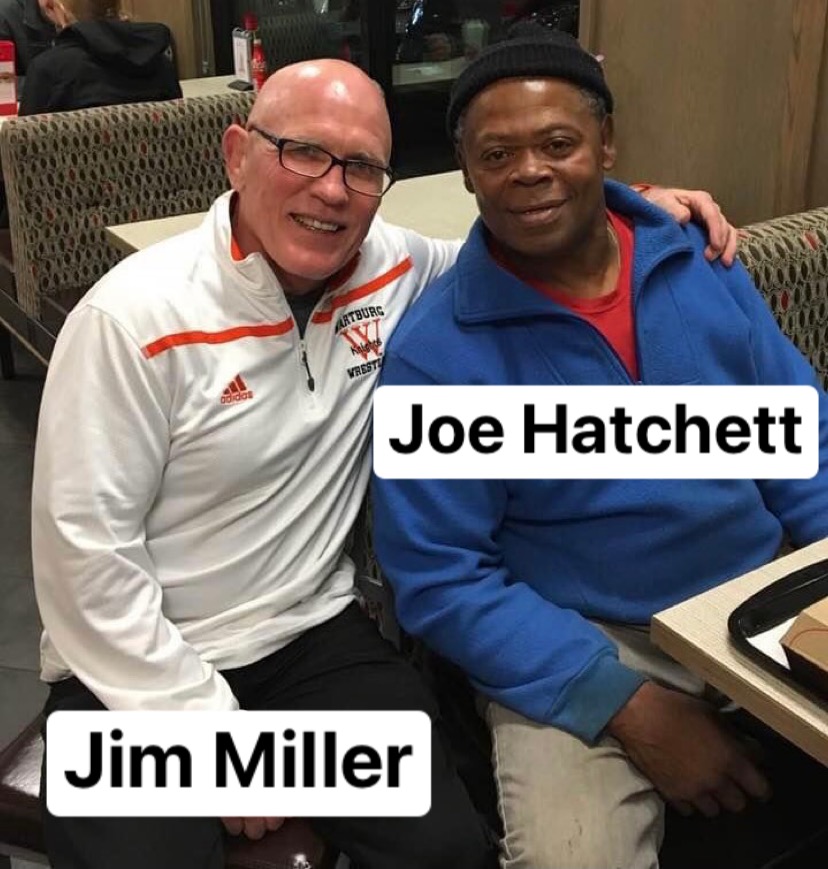 Sometime around the late 10’s/early 20’s, Hatchett was diagnosed with cancer and on September 3rd, 2020, he informed his old college roommate, the legendary Larry “Punchy” Sallis on the phone that he was officially cancer free! Just to add yet another element as to just how tough this man was and heck, still IS!

Next post: Answers to Frequently Asked Questions Regarding Venmo/Donations/Merchandise