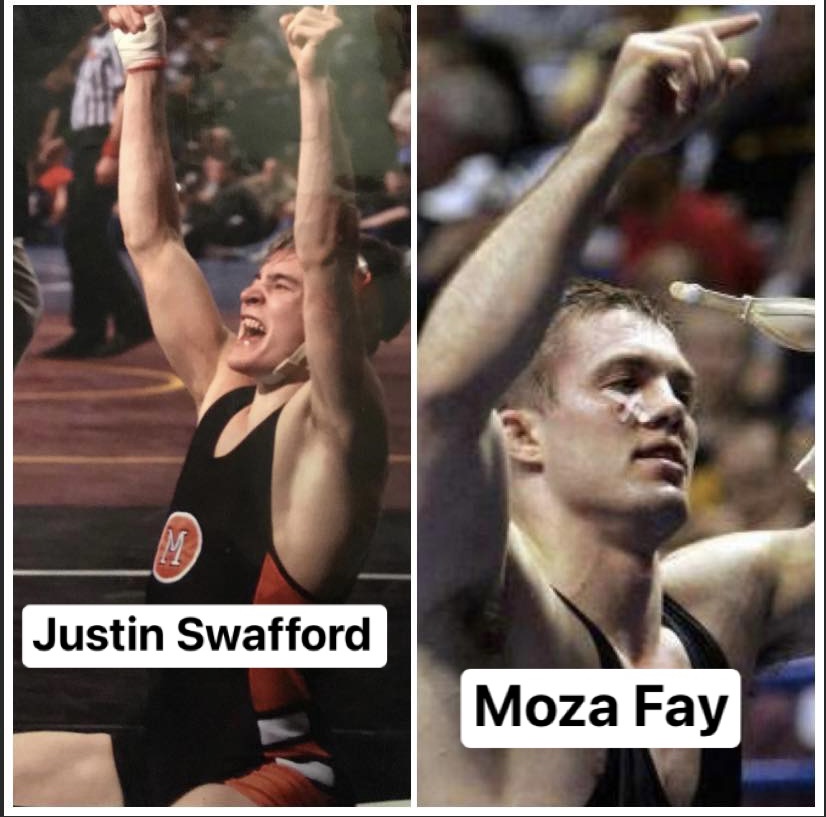 I know a lot of you remember this rivalry, for I can’t count the amount of times someone has said to me that their rivalry is the first thing they think of when they hear either of their names. When some of you hear the name “Moza Fay,” to this day, you may think “Justin Swafford.” If some of you hear the name, “Justin Swafford,” you may also think “Moza Fay.” This was an intense, emotional roller-coaster of a rivalry that has left them eternally connected/associated with each other by the memories of wrestling fans. I mean, I just had someone ask me about it two days ago. It still happens.

Their differences in wrestling style combined with their personality differences was a perfect concoction for a heated, memorable rivalry that several fans seemed to have a very firm stance with in terms of who they were pulling for or rooting against. There was Justin, from Southeast Iowa, who came off as a bit of a hot head on the mat due to his absolute willingness to stare opponents down with the most viscous of stink-eyes before the match and walked around the mat like angry junkyard dog when it was time to roll. He was intense. And in terms of his wrestling style, he was long and lanky, so he had good leverage, he had good rhythm, good balance, was a technician and was always naturally in such good shape, that he never got tired. I’ve always said his rhythm and coordination were his best attributes… I am not even joking when I say that Justin Swafford is the best breakdancer I’ve ever met in my life…he has perfect rhythm and is the best dancer I’ve ever seen. That stuff had to help him out there. Southeast Iowa just loved him. The rest of the state who didn’t see him around locally or know him off the mat seemed to perceive him as some sort of Zabka type (Karate Kid/Cobra Kai) and he was the furthest thing from that imaginable if you got to know him.

Then there was Moza Fay, who I would consider to be a crowd favorite and for good reason.  People loved him because of his friendly personality that he displayed to literally anyone who spoke to him, his approachability and his calm demeanor while warming up. He gave the vibe that he was happy to be out there competing and having fun regardless of how big the stage was. He’d even smile while standing on a podium for a tournament that did not go the way he wanted. Justin was the opposite….if he was anywhere other than on the top spot, he appeared like he hated his life at the moment. Moza’s wrestling style was the work of a genius, IMO. He was calculated, analytical, strong and knew when to strike with some of his bread and butter finishes at the perfect time. His timing was about the best you’ll see from anyone. And he also had a lanky build. This was pretty much the only thing they had in common in terms of their styles.

So Justin and Moza’s rivalry went back further than most people realize. I will list each match they had and the outcome of the match. 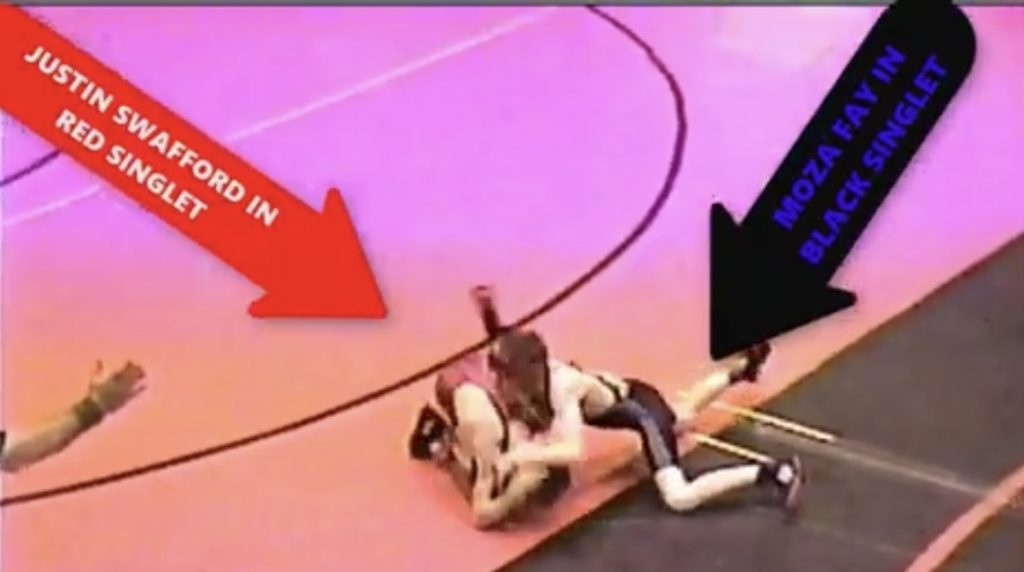 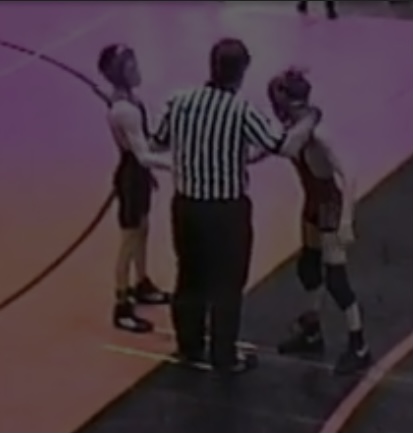 The first time these two met up was at the AAU State Tournament when Justin was. 6th grader, Moza a 5th grader. Both were returning state champions coming into the tournament. Justin defeated Moza in a hard-fought 5-3 match. Justin had a winning streak around that time that exceeded 100 consecutive wins and that match was the closest one he had out of all of those wins.

YOU CAN WATCH THE AAU MATCH HERE: 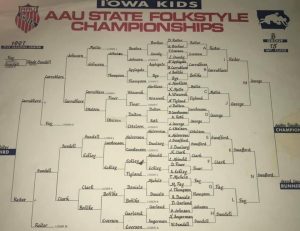 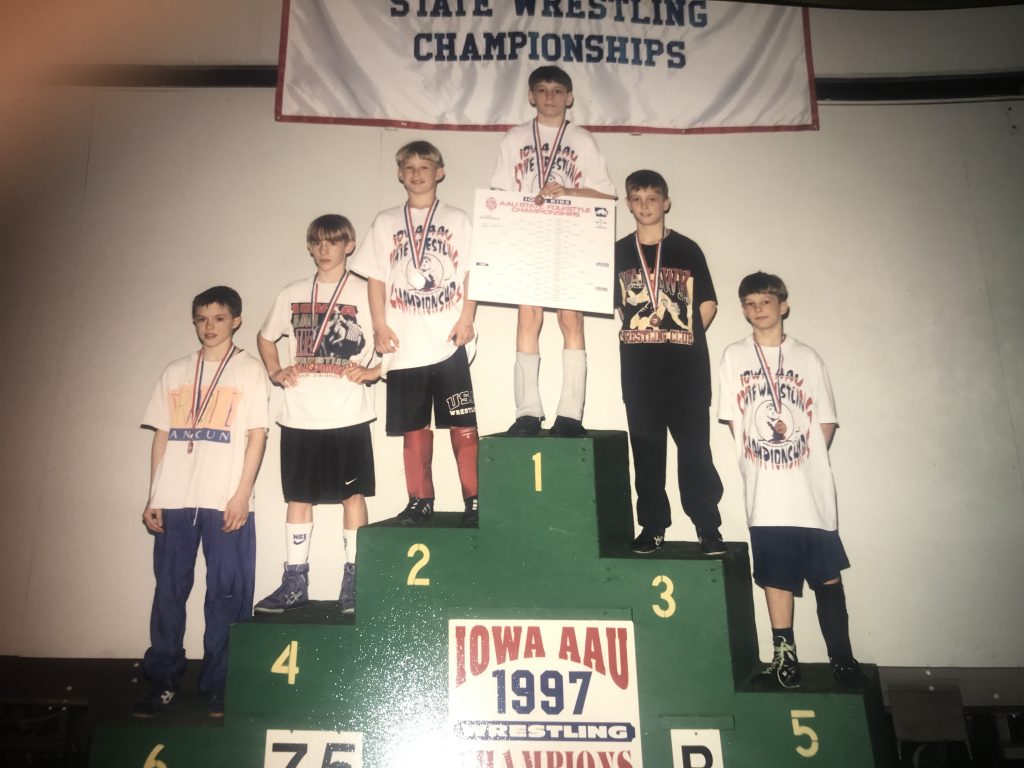 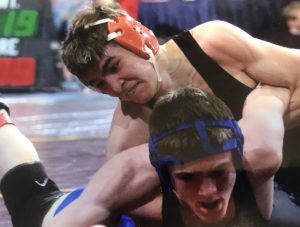 Second ever match… This was Justin’s Sophomore year and Moza’s Freshman year. Justin was the returning runner-up at 2A 112, Moza an AAU Hammer. Justin won this match 6-0 and didn’t really get close to being in any danger of giving up any points the entire match. He basically scored at will and was able to keep Moza far from scoring. Moza was more upset after this match than I had ever seen him before or after that match. Justin won 6-0. 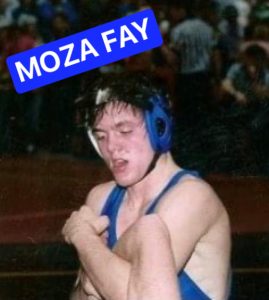 This was Justin’s Junior, Moza’s Sophomore year. Justin was returning 2X runner up, Moza was returning 4th place.This was the day where the Moza Fay vs. Justin Swafford rivalry was officially sparked and widely discussed state-wide once the news of the outcome hit the message boards. Justin was ranked first comfortably and had a winning streak going where he hadn’t let anyone get within a MD of him for many matches in a row. When Justin took the mat with Moza that day and gave up the initial takedown, we all thought it was a fluke and all of the Mepo fan base was perfectly calm with the situation. But Moza kept tacking points on and even scored some near fall points which put the match out of reach. It stunned us. Moza Fay meant business and the entire state was on notice after this match. He won this one 8-2. 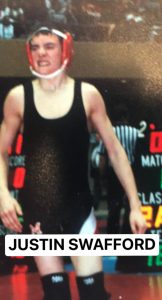 This was an absolute squeaker of a match where I believe they were tied up on their feet with less than a minute left in the match when they got into a scramble that initially appeared as if Moza was going to get the takedown, but somehow Justin managed to stop his entire body in mid-motion, swivel his hips and change directions from where he was at and it resulted in a takedown and the win. I believe the final score was 4-3, Justin won. Justin went on to win the bracket.

Justin went on to win state. Moza ended up being stunned in the semi-consoles by a newly emerging Jay Bjustrom from Algona and had to settle for 5th place. 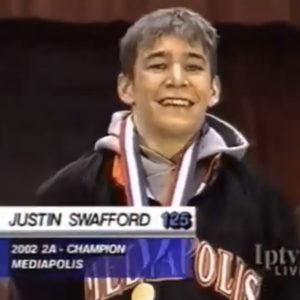 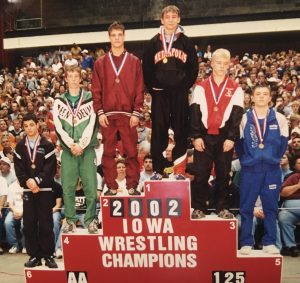 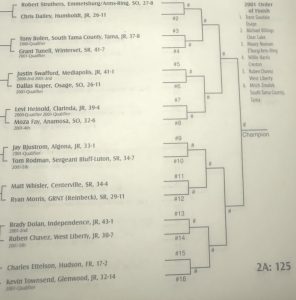 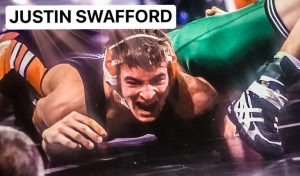 I don’t remember this one well, but I do believe Justin won this one fairly handily. 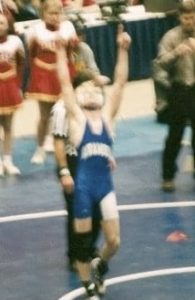 This was Justin’s Senior year in which he was returning state champ. This was Moza’s Junior year where he was a 2X placer coming in. The fact that these two drew each other in the quarterfinals two years in a row was just wrong. This was a likely finals match both years. They had no business meeting in the quarters, let alone 2 years in a row. Justin actually got off to a quick start in this one. He scored the first takedown and almost put Moza to his back in the process. At the end of the period, Moza tied it up. The turning point of the match was when Moza was in on a shot with Justin on his butt, locked up around Moza’s chest and the two were battling for control for what seemed like forever. Finally, Moza broke Justin’s grip and as Moza worked up, Justin continued to try to save his grip in the process and gave up 2 points plus near fall. This situation was what determined the outcome. Justin spent the rest of the time trying to play catch up, but it was out of reach. Moza won 9-4 and went on to win his own state championship. 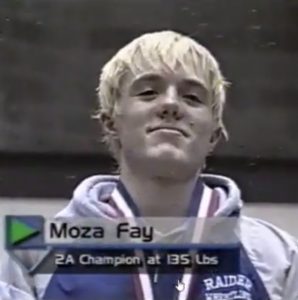 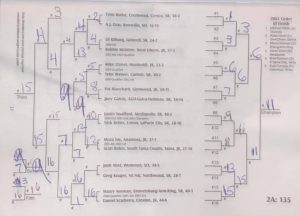 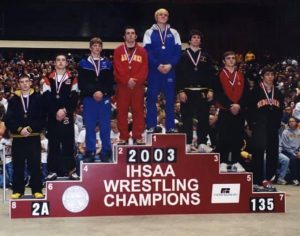 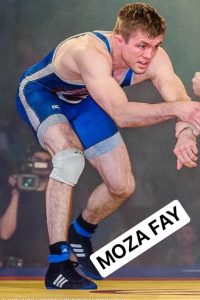 Moza defeated Justin in what I believe was a hard-fought match. I didn’t see it, just heard about it. But this was the last one.

So that’s the rundown of those two’s infamous rivalry. The two went on to become friends and teammates at UNI and both had a mutual respect for each other. In fact, Moza was one of my brother’s favorite guys on the UNI team. I always thought that was pretty cool.