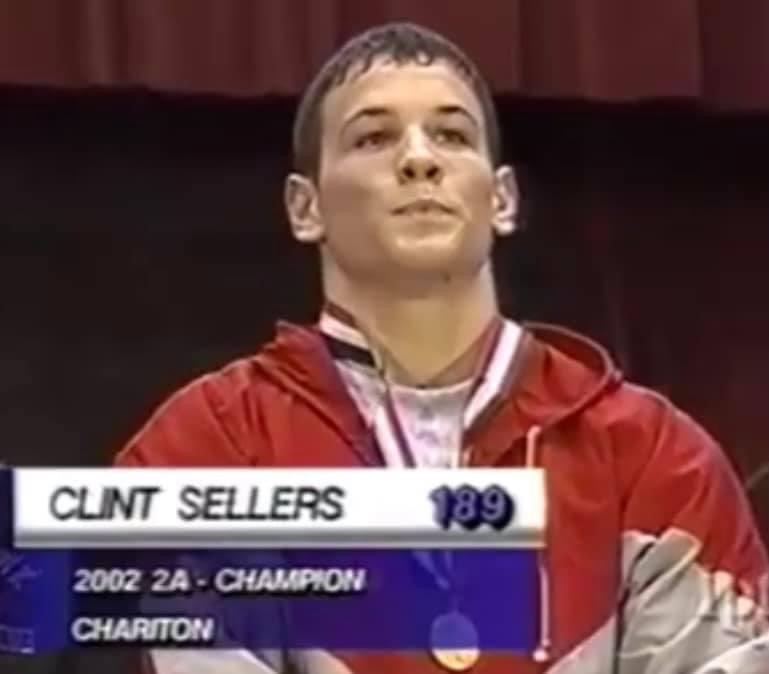 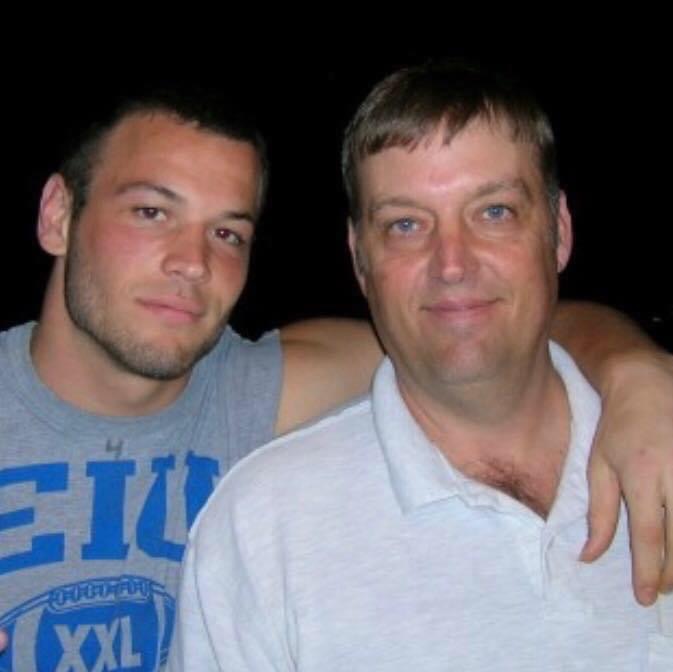 When I posted the 2002 2A State Champions picture, I noticed that there was one person missing. It was Clint Sellers from Chariton HS and he was the 2A 189 state champion that year. People do miss those photos from time to time and usually if someone misses out, it’s for one of a few reasons. For one, sometimes it indicates that the person who wasn’t present for the picture does not have as much experience under their belt compared to the others. For a lot of guys, the state champs pic is part of the routine and something they were probably looking forward to the moment they finished their finals match. For others who don’t have as much experience watching the state tournament, the thought of posing for a picture with the other state champs may not occur to them. Another thing that happens is sometimes the guy who misses the picture may be an upper-weight or roundabout and are still way too caught in the moment of just winning a state championship to where the state champs photo is likely the last thing on their minds.

Sellers fit both of those criteria that I mentioned. He was at an upper-weight of 189 lbs. Also, as incredible as it may sound, Sellers played basketball until he was in HS… so he got off to an extremely late start with wrestling when compared to most state champions or heck, state qualifiers for that matter. In fact, this was the first year that he had made it out of Sectionals, let alone competed at the state tournament…a testament to his incredible natural athleticism. I mean this guy was just unreal… It’s hard telling what this man could have done at the next level in multiple sports. He was one of the best football players to go through Iowa HS in the early 2000’s.

After getting to know Clint Sellers a bit, a couple things stick out. One, it’s a small world. He is friends with some of my cousins who live in Chariton. Secondly, without going into detail, this man has been through more adversity in his life than almost anyone I’ve ever met and I respect him so much because he hasn’t let these moments beat him down or define him… He has used the tumultuous experiences he’s endured in his lifetime to try to help others and that is an incredibly selfless and impressive way to approach life considering what he has gone through. 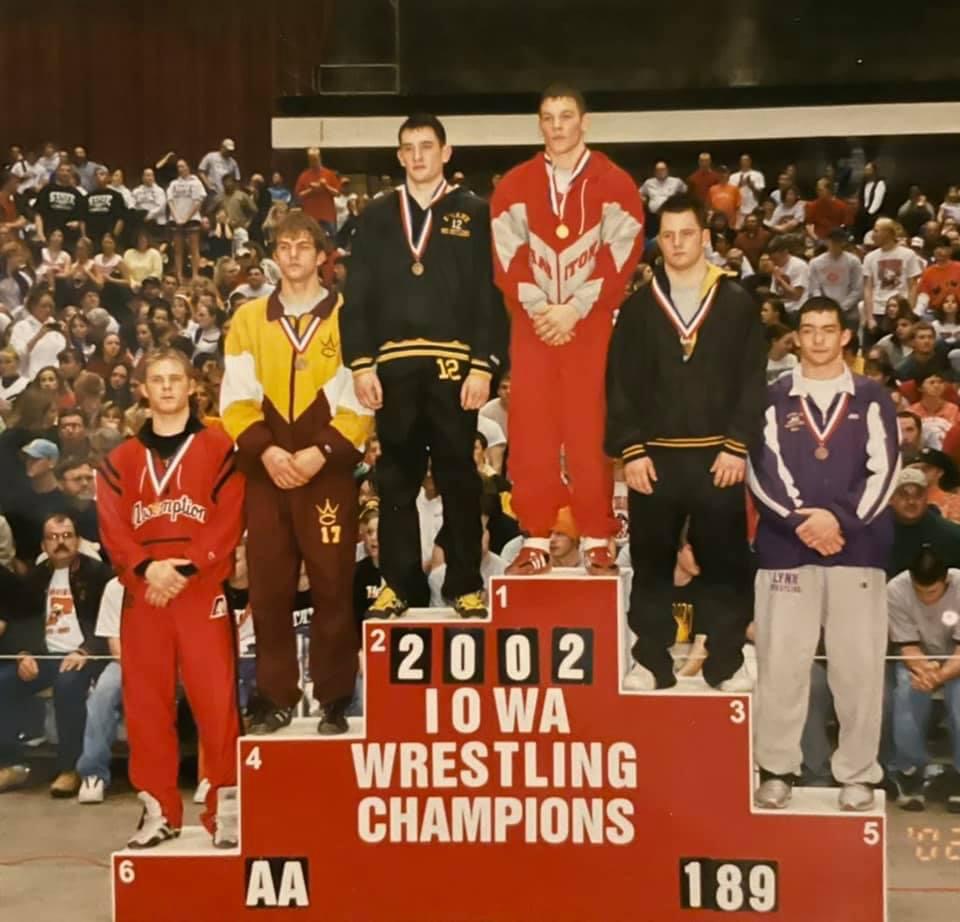 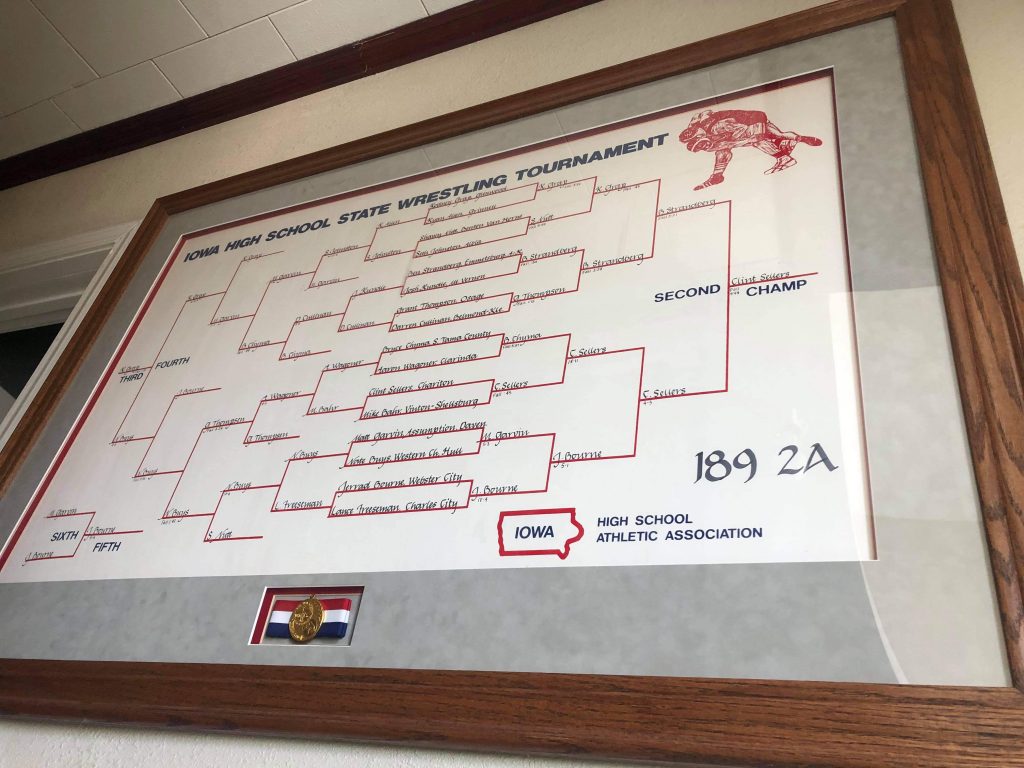 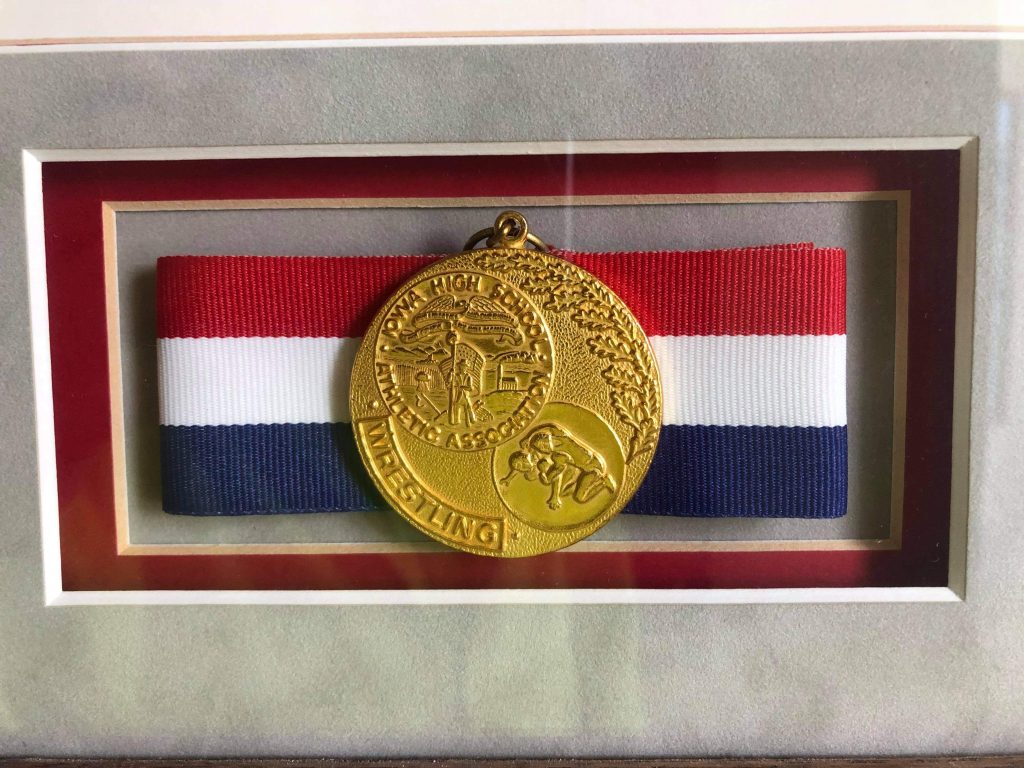 Tom Anderson and Gary Wood pushed me the most to wrestle when I was younger, especially in middle school. I played basketball growing up until my freshman year I was 5’3 or 5’4 and I think 150-155 lbs. I knew basketball wasn’t gonna work for me even though I loved it. So, my dad finally let me give wrestling a chance.

Nobody in our family has ever wrestled beside my nephews for a couple years or so in youth wrestling.

I never wrestled at a youth age. 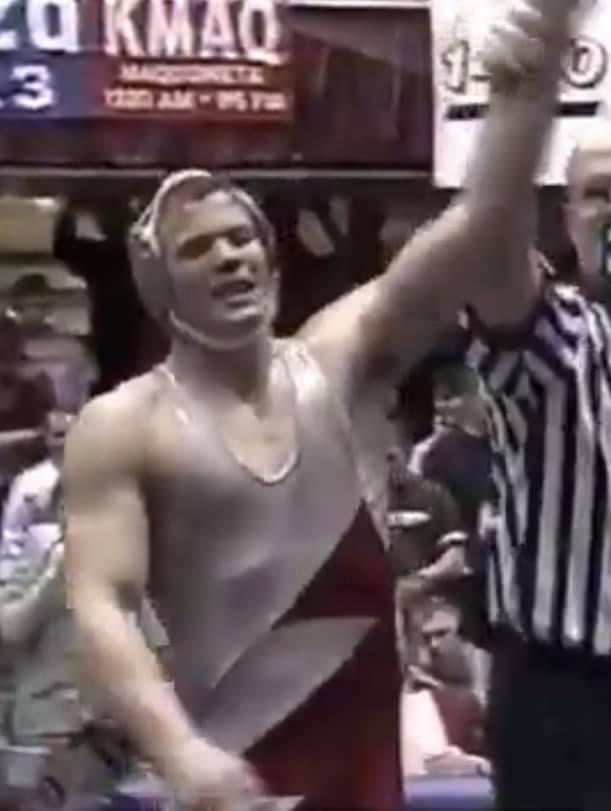 Practices! I hated practices with a passion, but I just kept grinding, trying to learn as much as I could. I was so far behind everyone else experience wise it was tough. I was too bull headed to quit I guess.

Cutting weight my sophomore and junior year was absolutely terrible. Came in an absurd amount overweight the morning of sectionals, hit the showers, rode a stationary bike on the bus on the way to the meet, ran, anything I could and made it at weigh-ins by 1/10 of a lb. I got beat bad by Ryan Dunbar because I had nothing in the tank, and he was better, but that was the turning point for me. I realized I could literally do anything that I put my mind to after that morning… especially if someone told me I couldn’t.

Nonstop. Relentless. Pretty basic though. Double, double, double, throw, and get a half in! My senior year, my conditioning was second to none. My dad always said if I had more wind at the end of the match I wouldn’t lose. The only reason I won my semi-final match at State was because he had nothing left in the tank, I got a take down with 7 seconds left because he was spent. Just keep coming!

The most memorable was Seth Johnston of Albia. Country strong. Long and lanky. Mean. Tough. Great battles with him.

My head Coach Andy Fuhs. He worked my ass. Pushed me hard to get better and to be better. Taught me so much. He could’ve thrown me off the team, but I believe he saw something better and I still think about that today. He put up with a lot. Definitely wouldn’t have won state without him. 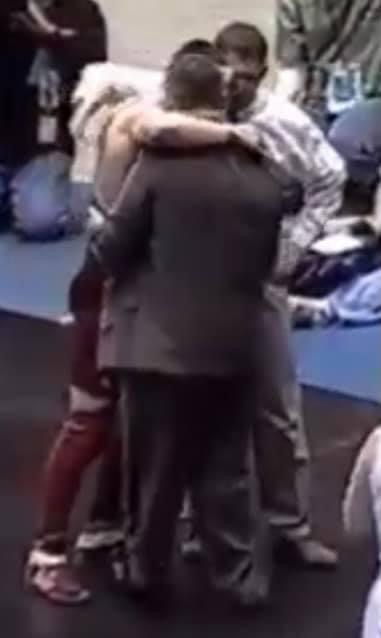 I would like to think so. Honestly can’t remember if we won conference, sectionals, or districts as a team while I was there or not. In my 4 years, we had many qualify for state and one other state champion, Taylor Wood-2000. I can’t remember if anyone else placed.

I never watched wrestling growing up, didn’t know much about it besides the names… Dan Gable, the Brands Twins, and while I was in high school Cael Sanderson had his undefeated run.

The team listened to hard rock in the small gym but I was more into hip hop.

After my loss to Ryan Dunbar from Clarke-Osceola. My grandpa had passed away from cancer and I wanted to get to state for him. I was the only person to blame by not being prepared and disciplined enough to keep my weight under control. I thought I let the family down. It was brutal but my dad met me in the back hallway, gave me one of his famous pep talks and after that, everything changed.

Don’t cut all that weight. The most I weighed my senior year was 183. I didn’t cut any weight that year and was full strength and that was a big contributing factor to my title. I was full strength all year instead of cutting 15-20 lbs the previous years.

What was your best wrestling memories and/or accomplishments?

Meeting Dan Gable. Not giving up any back points all of my senior year. Pinning a great wrestler, Ben Strandberg from Emmetsburg-Armstrong-Ringsted for the State Title.

Jerrad Bourne-Webster City-Semi final match at State. He was a beast! He was so big. Strongest kid I had ever wrestled. I knew it was gonna be a long day as soon as we tied up and I couldn’t push him off the mat. Only time my senior year I worried. To me, he was a man amongst boys out there.

Seasonal, but did do a little Freestyle and Greco-Roman here and there.

Football, track and baseball for a bit

What are your other hobbies?

What did wrestling teach you that you still use to this day?

Never quit. Keep coming. You can take more abuse than you think you can. Your mind is the most valuable weapon in your arsenal if you let it be.

Refuse to lose. Listen. Learn. Study. Keep grinding.
If you have more wind at the end of the match, chances are you will win. Conditioning should be your best friend. Wrist Control!!!

Any chance we see you wrestle again?

You never know, but highly unlikely with my arm. I still feel like I could catch a single though. Lol!

* Coach Fuhs
* Coach Anderson taught me how to be small out there.
* Gary Wood for the hand work and beatin’ on me.
* Taylor Wood for your tenacity.
* Eric Morrow, thank you for beatin’ my ass all those years and making me realize I had nobody to fear if I made it by you.
* Charles DeBok, Jansen Stuart, Tyler Thompson, TJ Voss, Brian Strife, Eric Runnells, Jack and Marilyn, Austin Roberts, Brandon Johnson, Zach Baughman, and all of my teammates big or small. Whether I was the “punching bag” or you were… all of you contributed to my State Title. Making me want to be better, showing me how to do it, and looking up to my bigs when I was just a little freshman wanting to be like them!

And my sisters- my grandma always said if they weren’t so hard on me and beat me up all the time growing up, I wouldn’t have won a state championship!! Haha!

Nothing is given. Everything is earned.