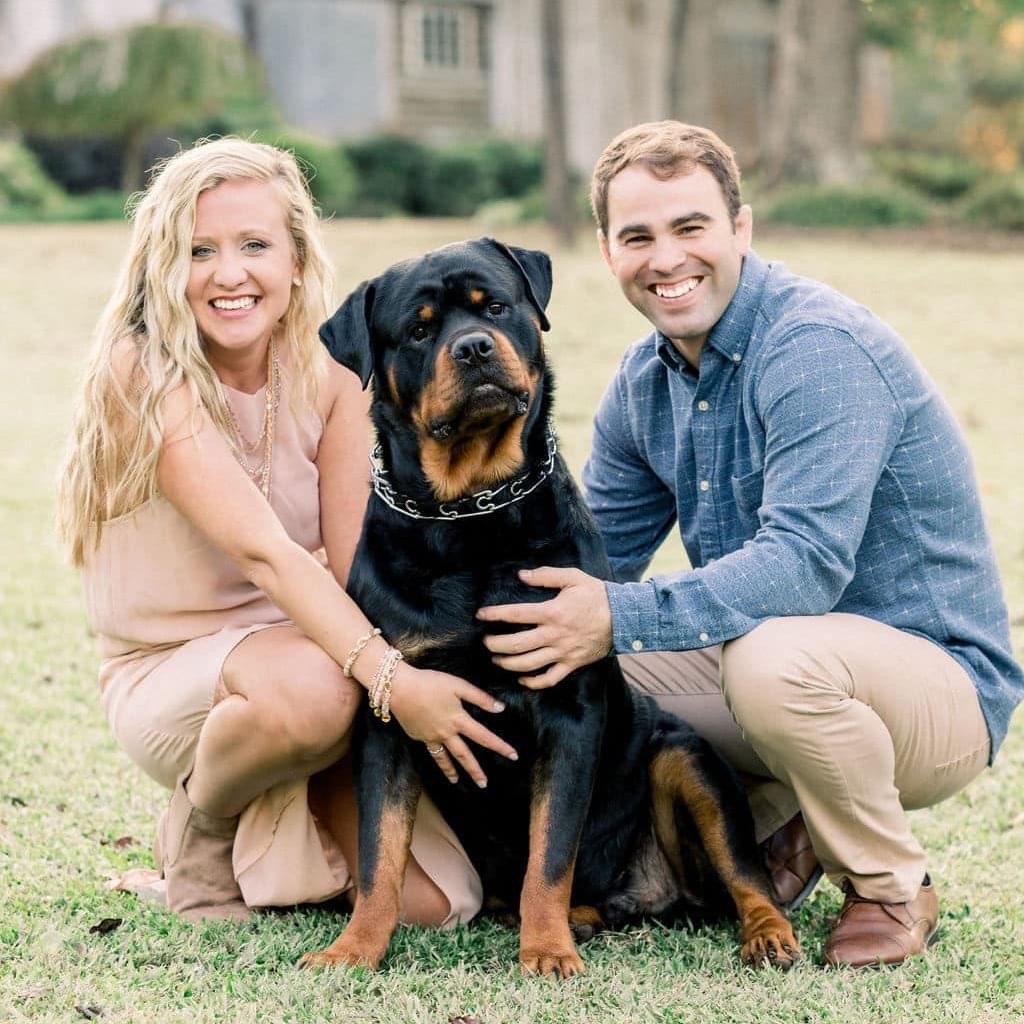 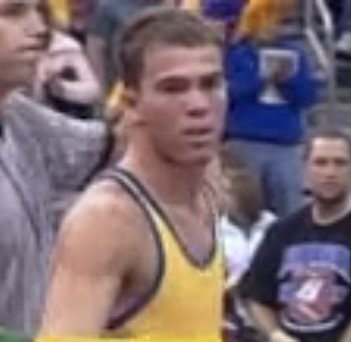 David Walker… man this kid was a gamer. David and his twin brother, Robert were great multi-sporter wrestlers out of Martensdale-St. Mary’s HS and another product from Chad Tunink’s High Altitude Wrestling Club. I’ve mentioned it before and it can not be overstated just how much of an impact Coach Tunink has left on the history of Iowa HS wrestling for the mere fact that the kids who trained in his wrestling club have consistently done so well over the years.

If you were to accumulate all of the state championships that David and Robert Walker won in HS sports, the number is 10. Robert won 3 state wrestling titles and 3 state baseball titles and David won 1 wrestling title and 3 state baseball championships. That’s just incredible. Davis won his state wrestling championship as a Senior in HS, where I’m assuming the pressure for him to win was extremely heavy on his shoulders considering his twin brother had already won 2 of them and was going for his 3rd. And this wasn’t something that would indicate that one of the two was any better than the other, they just had 2 different overall outcomes at the state tournament to that point and wrestled two different crops of wrestlers. Not to mention, luck wasn’t exactly on David’s side in terms of health, for he got injured badly at the state tournament his Junior year. And man, with the pressure being as high as it likely was for David, did he ever show up in his finals match. He put on one of the best showings of the entire tournament when he defeated a tough Lisbon opponent, Kolbi Kohl in the state finals by the score of 13-3.

David worked very hard on this and provided a spectrum of wrestling stories as well as insight that can be valuable to anyone. Huge props to David on a great wrestling career and for being a great, well-rounded and wise individual. 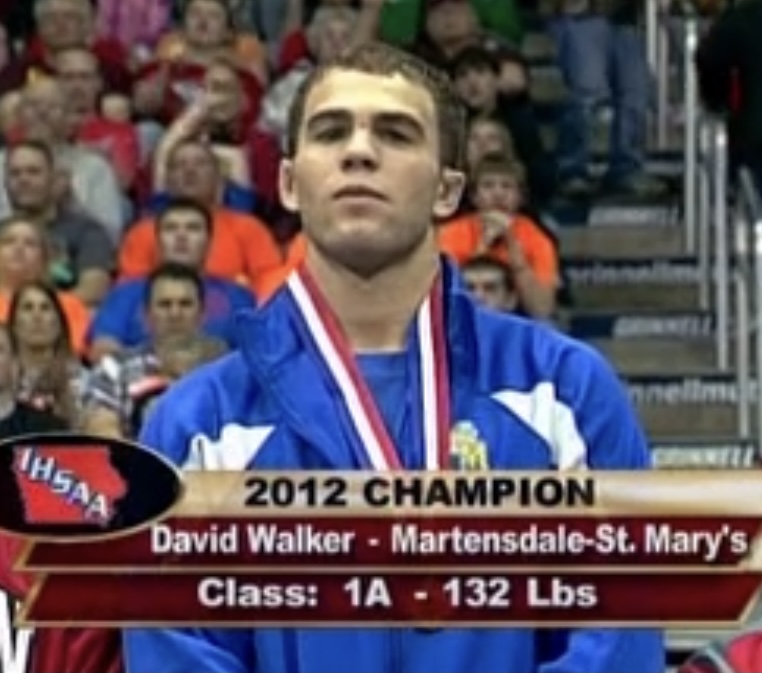 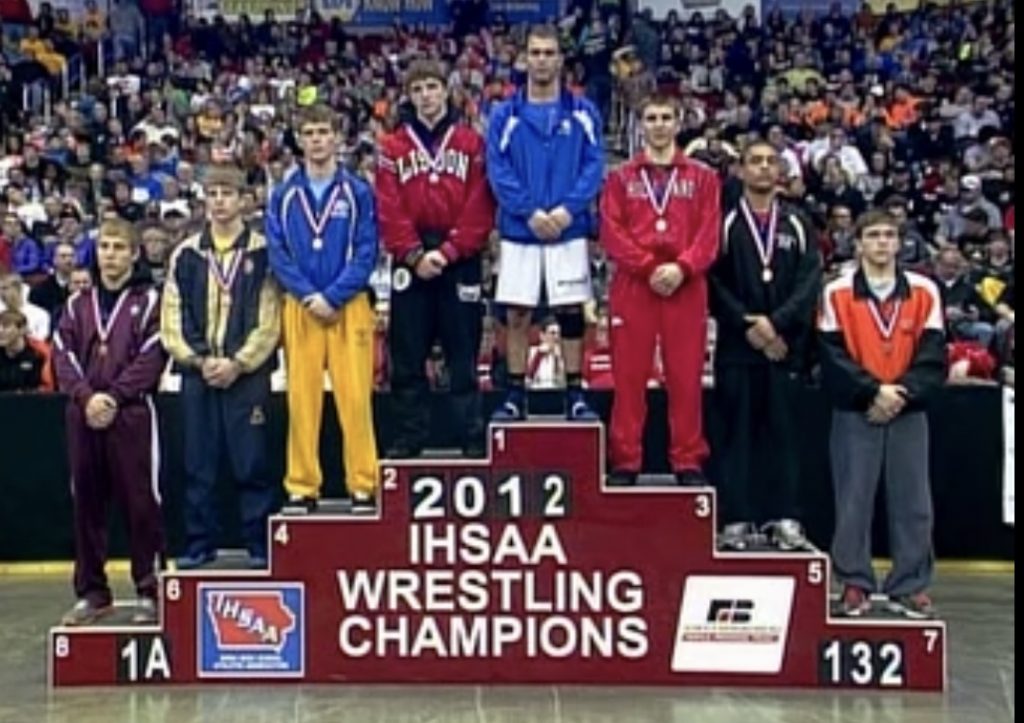 My Dad started taking my brother and me to the room when we were about 3/4. We were pretty wild children so he needed a way to give us some structure and my mom a break for a few hours.

My Dad wrestled in High school at MSTM and in college at William Penn for a few years.   My twin Brother Robert was a 3 time state Champ.

Placed at super peewee a couple times and we started playing baseball in the spring so we didn’t do AAU.

Injuries have definitely been a battle throughout my career and post career, HS and college.  The biggest thing I learned from that is you have to be training and working to get better when you’re healthy regardless of the time of year.

Not qualifying as a freshman after being ranked most the season was a big motivation to focus and get better the next year.

Losing a close one in the semis and then losing the consi semis that same night was also a big motivation.

The injury junior year was a real challenge given that a lot of my best friends and brother were winning titles and I was sitting back with a lone 5th place finish.  Going into senior year I really focused on separating myself from the rest of the field to not leave anything to chance.

Pretty well rounded with the exception with not being very good on bottom early on.  I had several solid attacks to both sides a good front headlock and as I got older I was pretty good at leg riding on top.  Always had a great gas tank and wrestled a pretty high pace.   I would also say I was pretty mean.

Chad Tunink.  He really helped me have fun with the sport and continue to improve.

TJ Moen, Nick Pickerell, TJ Sebolt were 3 guys that I really looked up to growing up.

Were there wrestlers at Martensdale-St. Mary’s who you really looked up to growing up?

Brandon Lorton, Trevor Gehringer, Brian Stueve and Mike Cassidy were of the main ones I remember.  Mike was the lone state champ at MSTM until Rob won our sophomore year.

With you and your brother, Robert not only your sibling, but your twin brother, did you guys cheer and support each other?  How much different would your wrestling career had been if you guys didn’t have each other?

Yeah we were and still are each other’s biggest supporter and hardest critic.  Honestly without Rob I would have probably quit wrestling and went on to play Division 3 baseball somewhere.

That’s a tough question with lots of very deserving individuals but my completely biased vote goes to Jake Marlin.

A lot of guys. I wrestled a pretty conventional style for wrestling in the state of Iowa.

Not particularly I don’t follow close enough to really know.

Lil Wayne, Eminem and a variety of everything else (country, rap, rock).

Being at Wells Fargo my senior year and winning a state title on the same night as my brother and many close friends.

Mostly seasonal but would usually go to a few summer camps.

I believe pretty well since it wasn’t that long ago so the styles are pretty comparable.

Yes at the Air Force Academy.  I was in and out of the starting lineup every year except my senior year when I re-tore my labrum in my shoulder.

It feels good when you get the chance to impact young people’s lives in a positive way.

It’s given me many of the opportunities that have gotten me to where I am today.  From paying for my college to 5 surgeries, I 100% would be a different person without wrestling.

I am a Captain in the Air force doing Acquisitions for the Air Force Research Laboratories at Wright Patterson Air force base in Dayton, Ohio. Specifically I work for the aerospace vehicles division where we work on developing the next generation of aircraft for the Air Force. I am recently married and living across the street from my brother’s family.

Yes. I have my basement full of mats and do lessons down there as well as volunteer at a local high school here in Ohio.

Just keep working at it.  Success comes at different stages of life for everyone but you have to be willing to put the work in.  Also, protect your joints and take rest and recovery seriously.

Probably not but maybe a BJJ tournament.