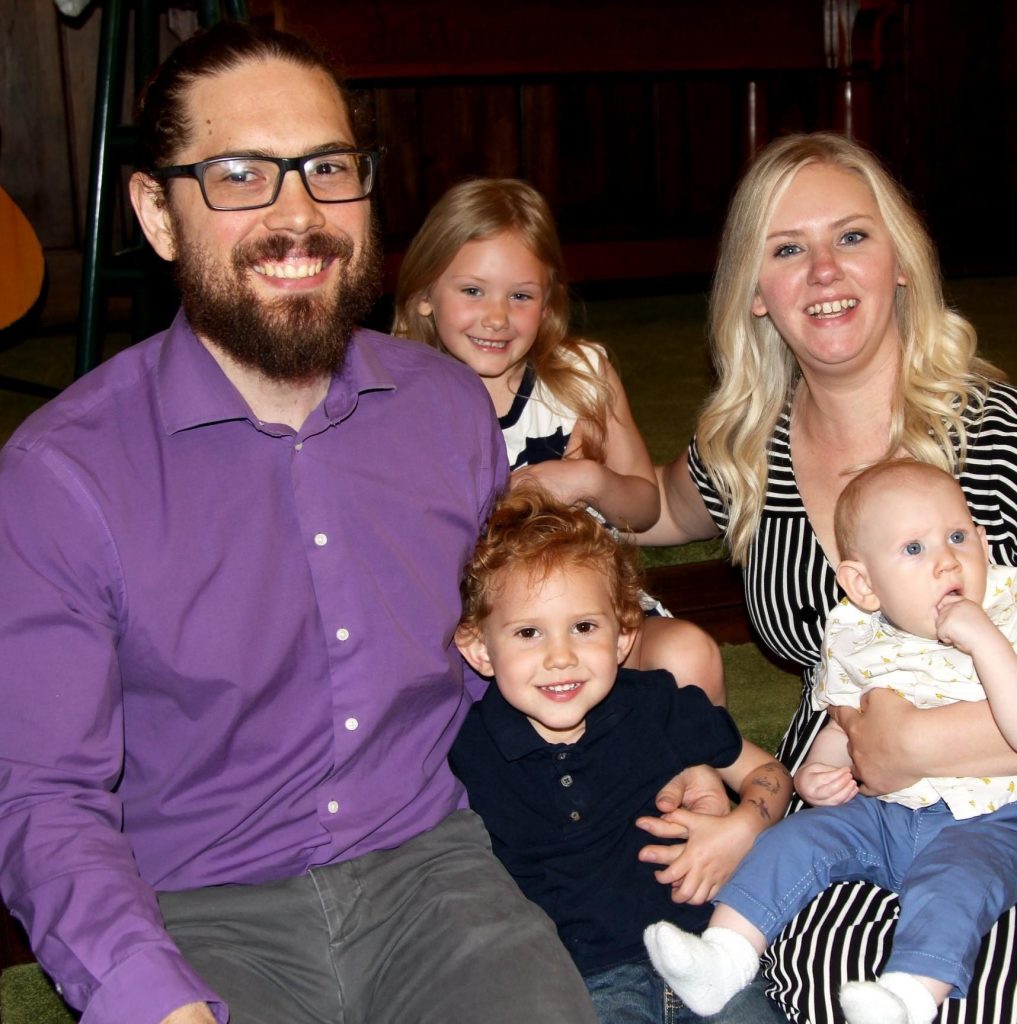 I do not know Michael Davis personally… In fact, putting this article together is the first time I’ve met him. However, there are a couple interesting things I’ve kind of connected the dots with since I began typing this out. Ironically, his brother, JP and my brother Justin wrestled each other in the AAU State finals when Justin was a 2nd grader. 1993. I remember the Shenandoah crew pretty well because of that and they were all great people. That was an underrated squad at multiple levels. They were underrated at the youth level and they were underrated when we got to high school, IMO. At least that’s how it came off to me sometimes. I don’t think people realized how good that squad was. And from what I’ve heard, the future is looking bright for them. Much respect, Shenandoah wrestling! You guys are great.

My older brother was already in wrestling so in Kindergarten I started myself.

I had a lot of success in youth wrestling. 4x AAU state champion, 2x Tulsa nationals champion, several random national championships in folkstyle, freestyle, and greco roman. We moved to Texas for one wrestling season and I was able to win Texas state as well. I wouldn’t call them rivals but I had a lot of fun matches with Gabe Rostermundt and Henry Wahle.

Having a lot of success as a youth then going into my Freshman year as a 152 pounder was a learning curve for me. I had an average season and it wasn’t how people thought I would do. I also started to experience burnout my 8th grade year. I didn’t have the best support system and wrestling was always an up and down experience for me. I chose to have a bad attitude and walked away from wrestling my Senior year.

Aggressive but also technical. I was very one dimensional with a double leg and arm bar but it worked!

We were not a state powerhouse but my Junior year (2003) we were very competitive for SW Iowa.

Watching Iowa wrestling on IPTV was a must in my household. I remember watching Lincoln McIlravy and Mark Ironside

Not that I can think of. I think each wrestler has their own unique style.

I think in general most wrestlers respect each other. Mike Wells (Clarinda) and Willie Harris (Creston) are a couple I really respected just to name a few.

I havent paid a lot of attention to wrestling the past 10 years. I do like how Spencer Lee is a go getter.

Let the bodies hit the floor by Drowning Pool and oddly enough listening to the national anthem always pumped me up.

Sophomore year in the quarterfinals to Matt Adreon or Junior year at the hawkeye 10 to Brock Swisher. I was looking forward to wrestling Brandon Mason in the finals but that didn’t get to happen.

I would change my attitude. I would learn to be okay with getting beat and work my hardest each day during the season and offseason. I wouldn’t have walked away from my teammates my Senior year.

As a kid just traveling around and building so many wrestling friendships on a state and national level. Running around the 5 Seasons hotel all weekend for AAU state brings back a lot of memories too!

My junior year I had several good matches with Heath Lamb and Brock Swisher. I also had fun wrestling Chris Downing because I was close with the Creston wrestlers and they always tried to psych me out when I wrestled Chris.

All year since I was in 1st grade.

I haven’t paid close attention to wrestling today but I think everyone always thinks their era is the best.

Going on runs, watching sports, practicing my faith each day.

Wrestling has taught me to have a lot of discipline in my daily life. Its also helped me self-evaluate myself and learn from my mistakes.

I am married with 3 kids and a set of twins on the way. For work I am a mental health therapist that enjoys working with teenagers/young adults.

Win/Loses doesn’t matter. Work as hard as you can but also realize you have a life outside of wrestling. Don’t pay attention to any negativity.

Absolutely. I’d love to run it back with Heath Lamb.

I think we could all share some interesting stories but that might get us in trouble with our fellow wrestlers. One funny story I always remember is after I think my sophomore year I did an after season tournament and wrestled Kirk Artist (Glenwood). It was a close match and I picked down in the 3rd period. I didn’t think he would get his infamous cradle on me but sure enough he did. I was in no danger of getting pinned, but he wasn’t going to let go. We both knew this so we just ended up having like a minute and a half conversation to pass the time.

Next post: Celebrities Who Used To Wrestle: Ludacris (Rapper)

Previous post: Celebrities Who Wrestled: Maynard James Keenan aka The Lead Singer of Tool, A Perfect Circle and Puscifer