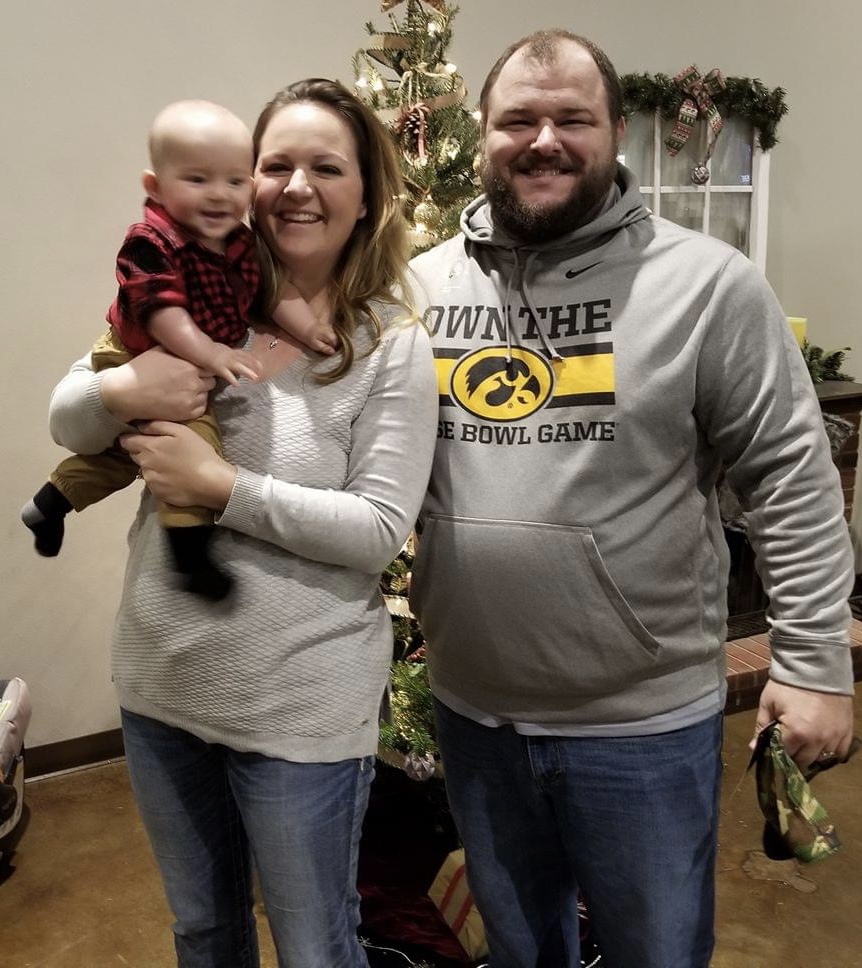 When my oldest daughter Kaiya Swafford wrestled at the AAU Girls State Tournament as a 2nd grader, she ended up scoring the fastest fall of the tournament. It was the fastest out of all girls and it was tied for fastest if you include the boys. It was an 8 second pin. However, it would have been a 2 or 3 second pin if she had any other official in the world other than Steve Farrell. 😂😂😂😂😂

Big thanks to Tony Hager from iawrestle.com for granting me permission to use that.  But see! I wasn’t lying! I suppose after multiple long days of officiating a gigantic youth tournament will make a guy feel a little sluggish when it comes to ensuring that a 3 second pin is called in 3 seconds. 🙂 No need to be Usain Bolt.

I’m kidding around, but for real, Steve Farrell was part of my family’s best overall wrestling memories just by being the appointed official for that match.  Kaiya was beyond excited and still talks about that match to this day.

I’ve known Steve forever, it seems like. He was in my grade…Class of 2001. I have no idea how I met him or where, but it seemed like we ran into him a lot, which was odd considering he was from the Waterloo region, which is nowhere near tropical Southeast Iowa where I am from. Ran into him in college a lot as well with him reppin’ Upper Iowa and me being a Loras Duhawk… And now he’s reffing my daughter’s and nephew’s matches. I can’t get away from this guy! And I’m 100% cool with that.

Every time I’ve been around Steve, he’s making people laugh. Always making me laugh, anyways, which I don’t know if that’s something to be proud of or not considering how zany my sense of humor tends to be. But yeah, I always liked him. I don’t recall meeting anyone who didn’t. From his days of reppin’ the Wahawk Club til’ now in which he represents the Zebra Club (with his speed to get down and look for a fall, it’s more like a Zebra-Sloth Hybrid Club)… He’s always been a fun presence to have around the Iowa wrestling scene. Very kind-hearted individual, too. He’s offered to assist or help  me with a few things over the years without me even asking and it has meant a lot to me.

And on top of all this, I have been very impressed the last couple years with a few of his wrestlers that he coaches. I did the rankings for 3A a couple years and followed it closely. They are in good hands at Waterloo West! 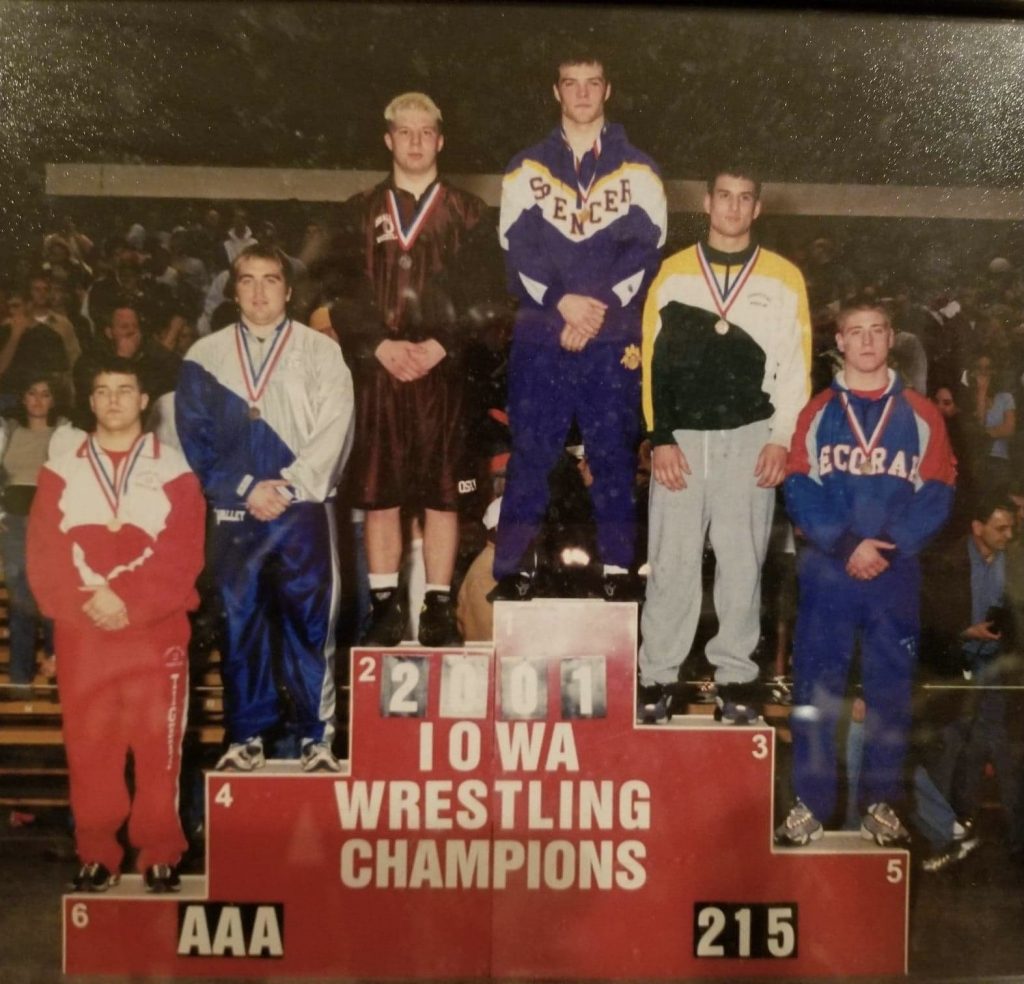 I started wrestling in 1st grade at the YMCA in Waterloo. Then wrestled at the Wahawk Club at Waterloo West HS from 3rd-8th grades. I went to Cedar Falls HS and Wrestled 4 years at Upper Iowa.

My Dad and brothers.

My sophomore year of HS I was hospitalized, gained a bunch of weight. I wrestled 140 as a freshman then 160/170 as a sophomore, junior HWT and Senior 215. I always wrestled like an upper weight so it worked out fine. My Freshman year of college my brother passed away and it was tough for me to return to college, but I did and I continued to wrestle.

I am a holding position aka stalling Okie State style.

I am a poor’s man Okie State wrestler that stalled a lot.

Freshman year wrestle back at districts in overtime.

Placing at state senior year and senior of college winning my last college match at UIU.

I wrestled freestyle freshman-senior in hs. During The summer of my senior year I went to a lot of camps.

Hanging out with my beautiful wife and playing with my son!

I love it! I spend a good amount of time helping the little kids programs and setting up camps and tournaments.

Wrestling has made me a better man. I have learned a lot of life lessons through wrestling and have had some great coaches help shape who I am today.

I am the head coach at Waterloo West HS and I am Co-Owner of ISI Team Camps.

School first, athlete second. Respect all and fear none.

I have lost 60lbs, but my wife said not unless there is a paramedic or AED on site. She refuses to feel sorry for me if I cannot move or break something.

I would like to give a shout out to Joel Allen. Baldy to the head table.

\When I lost my wrestle back freshman year, my whole team and family left me at Waterloo West where I currently coach. I had to use the pay phone to get a ride home. Moral of the story, Win.