WHO IS THE GOAT?!?! The Case For Cory Clark, SE Polk 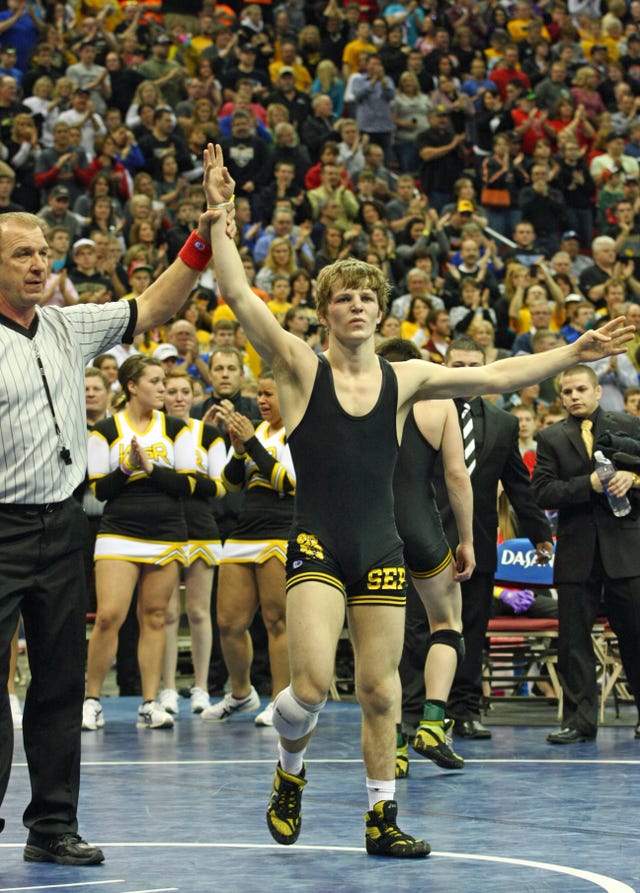 One of my favorite movies of all time is called “Donnie Darko.” That movie was made in the early 2000’s and was one of Jake Gyllenhaal’s first ever lead roles. One of those movies that wasn’t well known when it hit theatres, but had good DVD sales. Anyways, there is this part where Donnie’s girlfriend said to him, “Donnie Darko…. What kind of name is that? Sounds like some kind of superhero.” And he responds with, “what makes you think I’m not?”  Haha, for some reason that reminds me of Cory Clark.  If I were Cory Clark and a gal I began dating said that to me, I would probably respond with the same thing Donnie said in that movie. “Cory Clark…sounds like a superhero?” “What would make you think I’m not?” I mean, he does share the same last name as Superman’s first name (Clark Kent). Not to mention, some of the stuff he was able to pull off was very comparable to the feats that only a superhero would be able to pull off. For starters, the man won a D1 national title for the Hawkeyes with the use of only one of his shoulders. I mean, that’s pretty super hero-ish, right?! That was one of those moments where I am certain that the overwhelming majority of Hawkeye wrestling fans or fans of wrestling in Iowa in general probably vividly remember the exact setting of where they watched that take place as clearly as if it just happened yesterday. Cory Clark forever etched his name as not only an all-time great Hawkeye, but as an all-time general fan favorite in that match. You’ll be hard pressed to find many Cory Clark haters in the state of Iowa.

Also for starters, that was college. This series tries to make case(s) for Iowa wrestling’s greatest of all time at the HIGH SCHOOL level. In which, I’d say the feat(s) that Cory Clark accomplished in HS that keeps him on pace with other superheroes would not only be the fact that he won 4 state titles, but who he won them against.

Ok, so just off the top of my head and please correct me if I’m wrong in the comment section, but here are some fellow state champions Cory Clark had in his bracket who were on the awards stand with him as placers:

As a Freshman, Cory won a bracket that also included state champions Jack Hathaway (IC West, 3rd) and Tyler Willers (Pleasant Valley, 7th). Both those two would win state in later years. I believe Willers won 2. Hathaway won state the one year he was not in Clark’s bracket and was the only person to put a blemish on Clark’s HS resume when he defeated him during the regular season when they were Seniors. Cory defeated Connor Ryan in the finals that year. Connor Ryan was not a state champion, but he may be the best ever to not win state. He placed 2nd all 4 years and wrestled the following guys in the finals: Clark, Clark, Hathaway, John Meeks. So in 3 out of those 4 years he lost to a 4Xer in the finals (Clark, Meeks) and in the one year that he didn’t win it, he lost to the one guy to EVER defeat Clark in his high school career (Hathaway). That’s insane. A total of 13 state championships if you tally all of Connor’s finals’ opponents together. In any other era, Connor Ryan probably wins 2-3 championships. Cory won a dynamite bracket as a Freshman.

Cory won a bracket with Hathaway and Ryan again. As mentioned, Hathaway was a state champion and the only one to ever beat him and Ryan was better than a large percentage of the state champions that have come out of Iowa.

The closest that Clark ever was to taking a loss at Wells-Fargo was when he won a crowd-pleasing 7-6 decision over Eric DeVos from Waverly-Shell Rock. That match was and still is discussed when the topic of  “best match to ever take place at the state tournament” is brought up. You just simply can not forget that one. A scramble-happy, back and forth 7-6 match between two of Iowa’s elite HS wrestlers at the time. They were both Juniors that year. Coming into that matchup, both had a lot on the line. Clark, as we know already was a 2 time state champion going for his third. Eric DeVos had already won 2 state titles in MN as a 7th/8th grader, placed 2nd his Freshman year in his first HS season as an Iowan and followed this by winning a 3rd state championship as a Sophomore for Waverly-Shell Rock in 2010.  That matchup alone determined that Clark had to slay dragons as usual to win state as a Junior.

As a Senior, Clark won a bracket with both Hathaway and DeVos again. He defeated Hathaway in the quarterfinals by a score of 3-0, avenging a loss from earlier that season (and the only one of his HS career) and won relatively handily over DeVos in the finals en route to secure his 4th state championship…. Also in that bracket was Freshman, Jacob Woodard of Bettendorf who placed 7th. Woodard would go on to win state the following year as a Sophomore.

With all that said, Cory Clark became one of the best ever by consistently competing against and defeating the best the state had to offer, year in and year out. He firmly established himself as the “face” of another of Iowa wrestling’s elite gangs…. The Killa Cory’s… In order to join this exclusive group, you must be: 1.) a badass wrestler from Iowa and 2.) have the name “Cory” with that exact spelling… And Iowa has a lot of them. The cold blooded Killa Cory’s of the Iowa wrestling universe run about as rampant and chaotically at Vets/Wells Fargo as the Crips do in Compton, CA. For real, Iowa has had an outrageous amount of crazy-good wrestler “Cory’s” with THAT specific spelling. Off the top of my head:  There’s 3X state champion, Cory Christensen from Winterset. 2X state champion, Cory Beckman of New Hampton. 1X state champion and in my opinion, possibly the best pound for pound guy in the entire 2000 class, Cory Connell of IC High. State champ Cory Davis of Wapsie Valley. Can’t forget finalists/placers such as Cory Yoder of Belmond, Cory Tarchinski of CR Prairie, Cory Chapin of Denver-Tripoli, Cory Becker of Don Bosco, etc. Throw the Cory brothers; Tim and Adam Cory of Bondurant-Farrar in there to further pad the “Cory resume” for Iowa HS wrestling. I’d be willing to make the bold statement that the state of Iowa has had the best wrestling Cory’s in the nation and whoever would be deemed “face” of the Killa Cory’s would automatically be granted Iowa HS GOAT consideration… Even if Cory Clark were not a “Cory,” he’d have one helluva case for being the GOAT. He may very well be the GOAT.

Also, here is how he did in HS at the national level:

GIRL: “Cory Clark… what kinda name is that?! Sounds like the name of a superhero or something.” 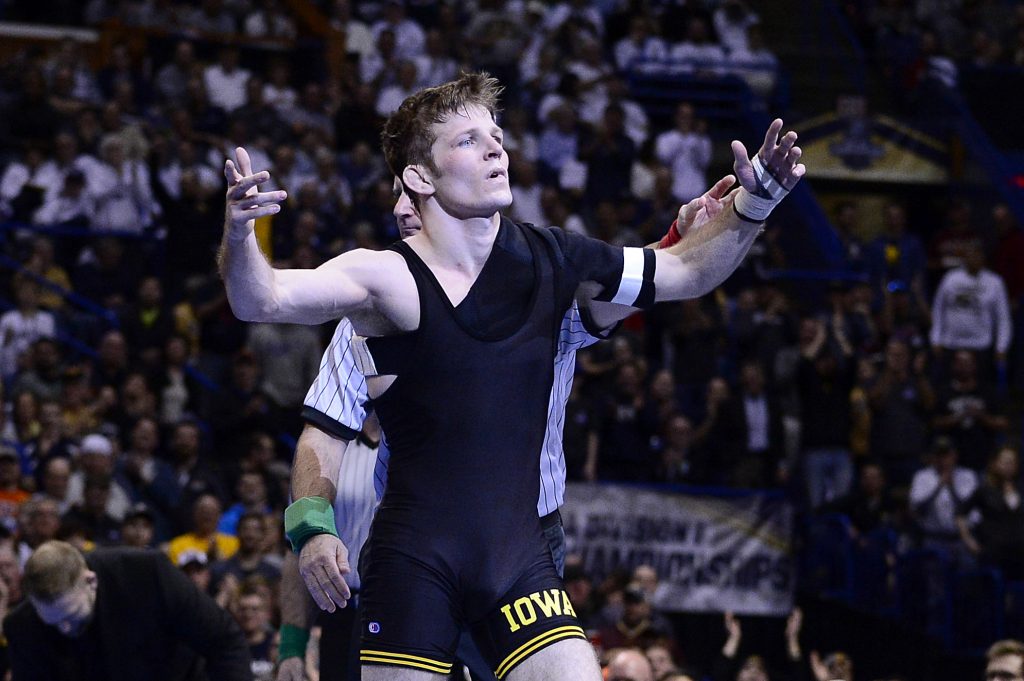