Who Is The Iowa HS Wrestling GOAT?!? The Case For Cael Happel, Lisbon 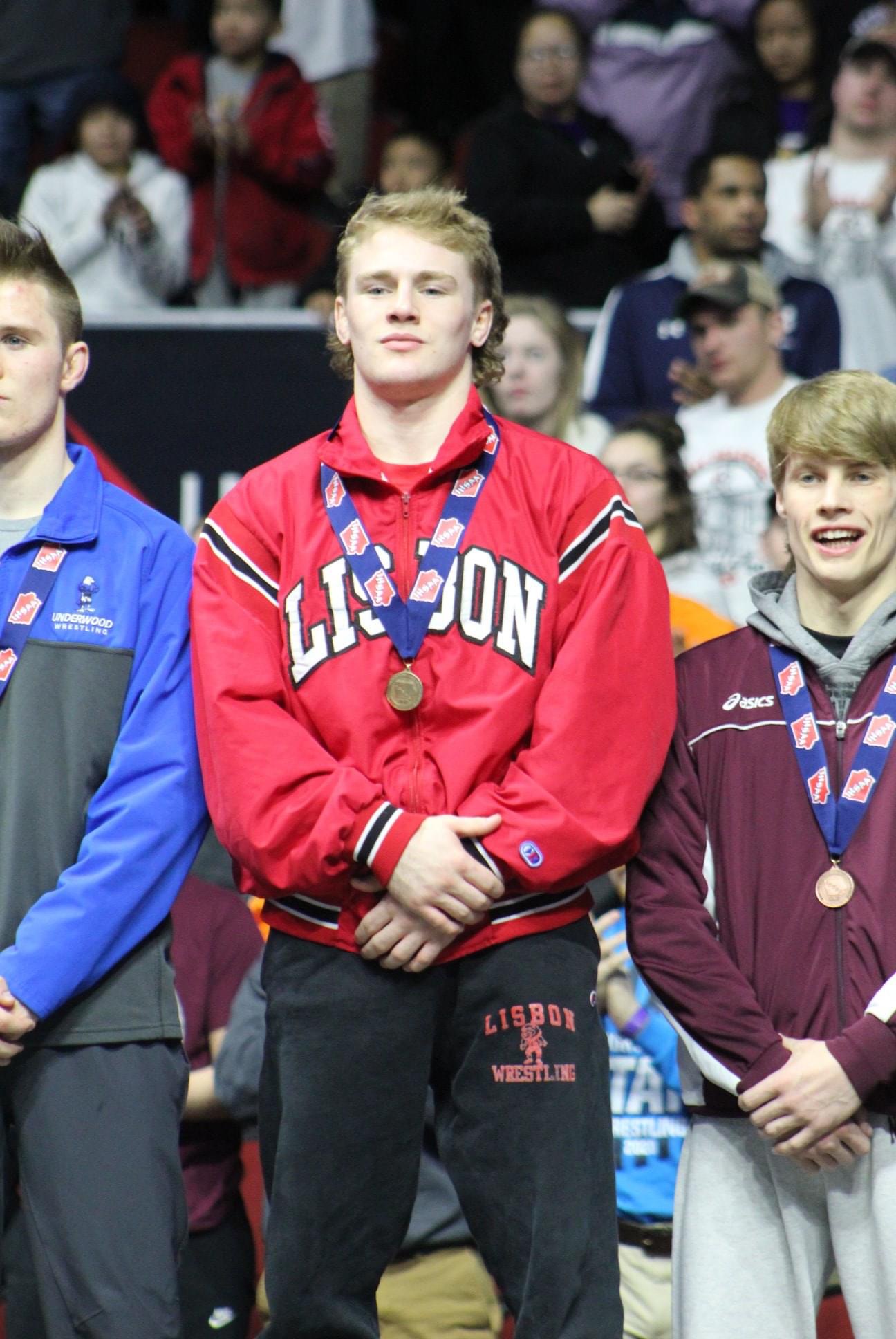 Cael Happel… The 2nd of the 5 Happel brothers and as of 2020, the 2nd 4X state champion of the family. If you throw his dad in the mix, so far the Happel clan has won 11 state championships! Insane… Dean Happel won 3 titles for Lisbon in the early 80’s.

Here and there, some dingleberry will come along and try to claim that Cael has never had competition at the state tournament, which I believe to be completely asinine and blatant disrespect for not only Cael, but 1A in general… Take a look at some of these guys in his bracket. Logan James, Blake Thomsen, The Meeker cousins from Wapello (Devon and Daniel), Nolan Noonan, Josh Tibbets (check out some of his incredible regular season wins over the years), Easton Larson, Gabe Lewis, Jacob Ragsdale, etc… ALL legit wrestlers who may have won state in other brackets in other years themselves and Cael pinned or teched everyone he faced at the state tournament with an exception of a 14-0 MD over Logan James of Underwood in the finals his Junior year.

He took 3 losses in the regular season as a Freshman. All to top-tier kids. He took two losses as a Sophomore. Again, top tier guys. It was smooth-sailing his Junior and Senior seasons though, and had huge wins over some studs on the national level such as Caleb Rathjen (3A Ankeny, Hawkeyes commit), Ryan Sokol (Simley), Hayden Taylor (Solon), etc. He is a Junior Fargo AA in his own right. And I feel the kid is still in progression. Every year his skill set is more refined from a technical standpoint… He has been elite in terms of his athleticism and mental toughness for as long as I can remember, but when he came into HS his Freshman year, his technique was a bit raw, as the case for any Freshman. He has made HUGE strides since then. And when you start thinking that he couldn’t possibly get better than the crazy high level he is at, he does something so impressive to make you rethink it. He is making fine-tune, intrinsic strides with his technique every…single…year. UNI fans are going to have a blast watching him.

Does Cael have a case for being the GOAT?!? YES! He does.

SIDENOTE: I copied this from a post written by Cael’s HC, Brad Smith on his Facebook… Brad started doing something really cool where he started stories of every one of the guys he class coached in his career who won state and it has been awesome. I think he got through the State Champs, I hope he decides to start doing the placers and qualifiers now because every single one of them are fun reads. Anyways, in Dean Happel’s entry, he wrote the following quote(s):

“It happened the day after Valentines Day. Dale and Dean Happel started at Lisbon Community School in February of 1979 as 7th graders. I was in my first season as the Head Coach and heard there were 2 boys that had  just started school at Lisbon and their 2nd day I had coaxed them into the wrestling room.  It turned out to be one of the best coaching moves I ever made.  Unfortunately Dale was unable to compete because of his knees, but it was a start of an awesome career for Dean. Dean has to be one of the most coachable wrestlers I’ve had. I would show a technique and Dean would be using the move the next day in practice. Man he picked up things quickly. Going into high school Dean placed 4th in State as a freshmen as Lisbon finished as State Runner-ups and then from there became Lisbon’s 3rd three time State Champion winning at 98 in 1982, 112 in 1983, and 119 in 1984.” – Lisbon HC, Brad Smith

Holy cow it’s crazy to think just how much Brad’s decision to talk to Dale and Dean Happel about joining the Lisbon wrestling team has influenced Iowa HS wrestling history with what has unraveled as a result. Anyone who has aspirations of becoming a wrestling coach should take note of that… keep track of any and every prospective wrestler that you can… You never know what will come of it…

SIDENOTE #2: Cael and Carter aren’t the only potential Iowa HS GOAT’s in the family… If this series were called “Who Is The Iowa HS Wrestling GOAT Mat Maid/Manager,” it’d consist of one article because I have already determined who that would be. It’d be their mom, Dawn Happel. 2 reasons: 1.) Duh, she’s a Happel and 2.) Mepo!!! Dawn was a huge wrestling fan and manager for the Mepo wrestling team in her day. I grew up at a farmhouse in the boonies in the country outside of Mepo and have very, very few neighbors. Ironically, one of my few families that lived in my neck of the woods growing up was the Durr family. Dawn was one of the Durr siblings. They were a bit older than me, but I remember them a little bit from riding the bus when I was a little kid. They cracked my brother and I up laughing a couple times because they were so funny. That bus route did and to this day picks up kids in the Mepo school district who live close to the Mississippi River, and oddly enough along with my family and Dawn’s, the Erickson boys (4X placer and D3 AA Cole and state champ Luke) and Foster boys (3X placer and D1 NCAA Champ Drew and Clay) rode that same bus route years later. Small world.

Previous post: Who Is The Iowa HS Wrestling GOAT?!? The Case For Jesse Sundell, Ogden