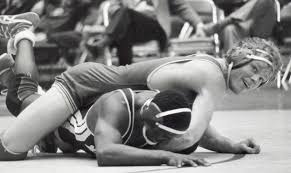 He was preceded in joining that illustrious lineup by Jeff Kerber of Emmetsburg in 1979, and then Scott Morningstar of Lisbon in 1980. The leadoff hitter Bob Steenlage of Britt who had been left stranded as the lone 4-timer for 17 years prior.

Are the baseball references too much? Sorry… summer has always been my baseball season, my outlet to escape, mentally regroup, refocus, reflect and set new goals… and because of the crazy times we’re living in I’m having some minor withdrawals! Still, it’s opened up new opportunities for me to grow in other areas. Thinking about summers spent and how productive or unproductive my time was managed has given me a deeper appreciation for how kids bought into the “whatever it takes” pursuit of achieving their dreams.

The opportunities that are available now compared to what was available in the era of Joe Gibbons and this GOAT discussion is apples and oranges because you really had to be driven and motivated to achieve at the highest levels to do what they did – and at that time (in the 1970’s) the youth programs were really just beginning to take hold and make their presence felt at the high school level.

So what am I trying to say? Well, as I’ve been researching these great wrestlers for the GOAT series (mainly the early 4x-champs)… I’m seeing a pattern that all of them had in common that was generally uncommon back then. That’s the year round dedication and commitment to their own athletic development by getting the best instruction and learning to apply it. Sounds simplistic right? But small things matter in this sport, and every choice or non-choice is a decision made and plays an incremental role in what dividends those decisions pay in an athlete’s success and development.

And while I’m not saying that mult-sport athletes are at a disadvantage here, because obviously athleticism is an advantage in sports… but maybe a more narrowed approach, let’s define it as a more focused approach to training was really starting to take root in the wrestling communities at that time.

I guess that’s one of the things that separated me from these elite individuals like Joe Gibbons, because he spent his summers in wrestling camps and travelling and competing nationally in tournaments. There are levels of commitment and sacrifice that are rarely appreciated unless one dares to go down that path. That’s where wrestlers like Joe Gibbons excelled. It’s what all of the GOAT caliber wrestlers have in common.

I liked what 4x’er, Dan Knight of Clinton said after he won his fourth state title finishing his high school career as 7th member of the four timers and only the 2nd undefeated four time state champion in Iowa HS wrestling history… When asked what advice he would give for young men just starting out in their wrestling careers? – “you have to pretty much wrestle all year round to catch up on anybody… it can’t be just 3 months out of the year, you’ve got to dedicate a little more time to it…”

Jeff Kerber of Emmetsburg, the 1st undefeated four time state champion in Iowa HS wrestling history said pretty much the same thing – “Youth wrestling and wrestling all year around gives you the experience to have a leg up on the competition when you hit high school and makes a big difference in your success once you get there!!!”

It only makes sense to me that after an extensive youth wrestling background and tournament experience, Joe Gibbons would come onto the high school state wrestling stage in 1978 and made a big splash as he won the 98 pound title as a freshman and in doing so, avenged his only two losses on the season with a 3-1 finals win over Tim Schultz of Charles City.

Gibbons, wrestled for Waterloo Columbus his freshman and sophomore years, and won the 105 pound title as a sophomore with a hard fought 1-0 victory in the finals over Phil Callahan of Clinton to preserve his perfect 26-0 season.

After moving to Ames for his junior and senior years, Joe made huge waves by winning the 126 pound title with a 9-3 decision over Kevin Brown of Cedar Rapids Prairie and finishing with a 23-3 record. Then followed that up with a perfect 28-0 record his senior year on his way to capturing the 132 pound title by beating Russ Graves of Webster City, 13-0 in that state finals match. Joe did not allow a single takedown during his senior season and was not scored upon in the state tournament.

Back in 1981, Joe Gibbons was among only a hand-full of wrestlers to ever win four Iowa titles – he was the fourth… His high school record was an impressive 105-5… and he left a major wake in the path behind him and set higher goals for the wrestlers that would follow. Gibbons was the first and still the only four time state champion to split his titles at two schools.

What makes the Joe Gibbons career story so incredible to me is he actually won 12 state titles during his high school career, as he also won four state freestyle titles and four Greco-Roman state titles. He was named the number one recruit in the country his senior year; was captain of the Dream team and named outstanding wrestler of the 1981 USWF tournament.

Joe Gibbons went on to compete at the college level for Iowa State and was an NCAA champion (1985) and a four-time All-American (1982, 1984-86) for the Cyclones. Joe Gibbons wasted little time proving his mettle  at that level, going 25-5-2 in his freshman season (1982) at 126 pounds. He won his first Big Eight Conference title and earned All-America honors by placing fourth at the NCAA Championships, where the Cyclones placed second as a team. He was honored as the nation’s best freshman by the Amateur Wrestling News.

Gibbons redshirted in 1982-83, and then moved up to the 142-pound weight class for his sophomore season in 1983-84 in which he posted a 27-8 overall record and finished fourth at the NCAA Championships.

Gibbons’ junior season (1984-85) was his best year of his college career (53-3). He racked up an ISU single-season record in wins en route to his second Big Eight title and his first NCAA crown at 142 pounds. Gibbons defeated Princeton’s John Orr, 4-3, in that 1985 NCAA title match to give the retiring head coach Dr. Harold Nichols his 38th NCAA champion.

After Dr. Nichols stepped down after the 1985 wrestling season, Gibbons’ older brother, Jim, took over as ISU’s fourth head coach for his younger brother’s senior season. The younger Gibbons earned All-America honors for the fourth time, finishing third at the 1986 NCAA Championships. At that time, only 10 Cyclones had earned All-America status four times. In all, Joe Gibbons won 11 tournament titles, including a Midlands crown in 1982, and was victorious in 124 career college matches (124-20-3).

I’ve mentioned this before, I love how family plays a special role in the sport of wrestling, and the Gibbons family are no different as their parents Bill and Bea Gibbons established an Iowa wrestling legacy, and with their children – 4 sons Jim, Joe, Jeff, and Tim… and all the brothers wrestled, with 10 HS state championships between them. It was also Bill Gibbons and John Kerber (Jeff’s dad) who rented a gym and held a state AAU tournament so that wrestlers from Iowa could qualify for the national tournament and helped bring Iowa youth wrestling to national prominence…

Joe Gibbons was outstanding in his high school wrestling career – one of the best, which is why he was inducted into the Iowa Wrestling Hall of Fame in 2003, and is one of Iowa’s GOAT’s…

Previous post: Who Is The Iowa HS Wrestling GOAT?!? The Case For Dan Knight, Clinton