Who Is The GOAT?!?! The Case For Brody Teske, Fort Dodge/PSU/UNI 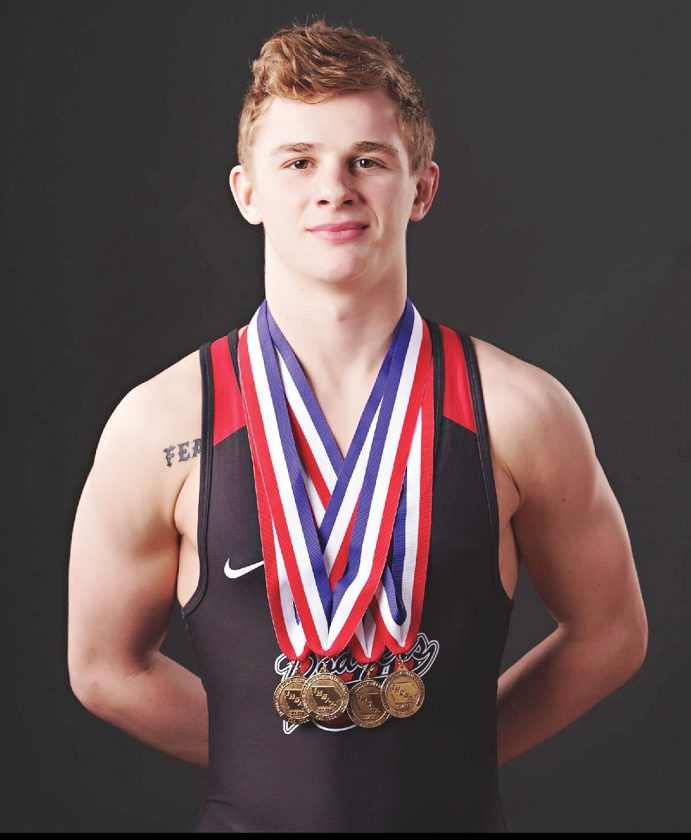 Brody Teske was one of the best “tiny guys” of that class since he was a Kindergartener. The first time I ever saw him was when a wrestling dad and great person named Reese Strickland tapped me on the shoulder and pointed at a couple tiny Kindergarteners and said, “those are two future elite wrestlers for the future. I guarantee it.” It was Brody Teske from Fort Dodge and he was wrestling against Kyle Biscoglia from Waukee. Lol and Reese was right… they were only 38 lbs. and Kindergarteners at the time, but Reese hit the nail on the head. That was the first time I saw those two butt heads. It probably happened another 20 times. Biscoglia and Teske had WARS!!!

Teske, Biscoglia, Noah Fye, Michael Blockhus, Drew Bennett, etc. seemed to run the show for the “little guys” in that 2018 graduating class for years and all of them made the jump to HS and became very well-decorated wrestlers in HS. Teske  became the most successful by winning 4 titles and only being beaten 1 time, by Alex Thomsen from Underwood who was also a 4Xer with one career loss…to Teske. Both guys just never let off the accelerator in their careers, ever. When they were Seniors, both Alex and Brody were undefeated 3X state champs coming into the season. If they finished off their last season unblemished, they would join the likes of Jeff Kerber, Dan Knight, Jeff McGinness, Eric Juergens and John Meeks as undefeated 4X state champions… those two just so happened to be at the same weight and it just so happened that Underwood and Fort Dodge were scheduled to meet twice… once at the Council Bluffs Invite and once at the CR Jefferson Invite. Those two guys earned the respect from EVERYONE when they decided to not dodge each other in either of the matches. The fans wanted that match and were almost skeptical that it’d actually take place, for both guys had so much on the line and if they wrestled, one of them was going to fail to go their entire careers without a blemish. Long story short, Teske had a huge scare in the semifinals vs. an out of state kid and showed up in a big way when he beat Alex in the finals. I’d say at the time, the predictions seemed to be 75-25 in Alex’s favor… And shortly after, those two were scheduled to meet again at the CR Jefferson Invite and despite the fact that Brody Teske could have very well chosen to just sit that one out and essentially secure an unblemished HS career, he chose to attempt to silence the skeptics and a second battle did, in fact take place between those two despite many fans thinking it wouldn’t happen. Alex won the second matchup. Both of these matches were absolute barn-burners and those two deserve eternal credit for their courage in putting it all on the line like they did, for not every wrestler, even at their level would have been brave enough to do that. If there are two wrestlers who should be universal fan favorites given their willingness to give the fans a show despite what they had on the line… it was Teske and Thomsen.

Does Brody have a case for the GOAT?! Of course. The state of Iowa is lucky to have a couple of fearless competitors that gave the fans what they wanted and seemingly consistently dominated every other match they wrestled in.  I wonder if it ever occurred to Dan Teske while he was standing on the 4 spot on the podium as a Senior, that he would have a son and his son would receive the same treatment 21 years later.

Next post: My 4th Grade Match Vs. Brad Helgeson That Changed My Life Forever

Previous post: Inside the Rivalry Chapter 7, Part 6: What Have Sundell, Galanakis and Helgeson Been Up to Since and Where Are They Now?