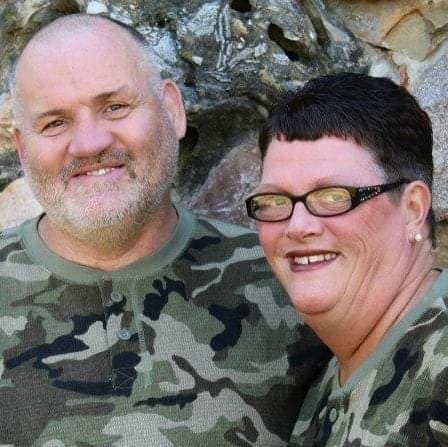 There was a triangular dual meet against BGM-HLV & Wapello where we had a different bus driver but other than that for every away dual  & tournament throughout my entire high school wrestling career, our bus driver was Dan Taghon.  A big burly man with a voice that would carry throughout the entire gym, Taghon did more than simply drive us to our competitions.  He was one of our biggest fans & someone you could always hear yelling encouragement for you.  In a lot of ways, many of us on the team thought of him as an honorary coach.   I sometimes go back and watch my old matches & I hear Dan Taghon loud & clear in every one of them.

“Come on Stephen!!” With encouragement & “Half!!!” with instruction.   Dan’s favorite move was the half nelson & he loved watching Savage wrestlers turn their opponents over with it working for the fall.

In the sport of wrestling we get so wrapped up in our wrestlers & our coaches that we often forget to recognize the many others who make this sport great.  We’re lucky if our officials ever get the pat on the back they deserve & bus drivers like Dan Taghonnever get any recognition.  I think they ought to.  Taghon always made sure that come Hell or high water, we always got to our competitions on time.  It could be the nastiest of Iowa’s winter weather, & he always got us home safe.  About 16 years later than it should have been, this is the thank you he is owed.

What is your background in Wrestling?

My sophomore year of high school the wrestling coach Jack Smith approached me & told me that he thought I should go out for wrestling.  I did & I immediately fell in love with it.  On the junior varsity that year I lost every match but my last one.  My junior year I got to wrestle some varsity & I won four matches.  My senior year I made the varsity & I won the Sigourney invitational & I took second at sectionals to qualify for districts. I believe my record was 10-8.   I wish I had gotten started in wrestling sooner.  I think with more experience I might have been able to make state.

What Year did you start driving the wrestling team to duals and tournaments?

Sam Stull drove the wrestlers to all of the away competitions for years & years.  When he decided to no longer do it, not many others were interested.  I guess some don’t like to sit in a gymnasium all day watching high school wrestling. I loved it.  To be honest, I never thought of it as a job.  To me it was entertainment.  I got paid to drive the wrestling team to & from duals & tournaments.  I got paid to do it & I’m glad to have made the money, but I loved it so much I’d have done it for free.  My first season I think was 1992-1993.   I had about a five year layoff when I was assigned the transportation director at the high school, but other than that I’ve always done it.  I still do it to this day.  Only time I miss is if I have something going on with my family.  I also attend all of the home matches too.

Wrestlers can sometimes be a rowdy group.  Do you have any funny stories going to or coming home from a dual or tournament?

At the Van Buren tournament back when Tong-uk Yi was coaching, he saw a kid from Kirksville hit a move that he had never seen before. He got real excited & was determined to learn that move.  I got a kick out of how he refused to leave the gym that day until he knew what that move was and how to do it.  I really enjoyed it when Jeff Kirby & Gary Jarmes ran the program.  They were a lot of fun to talk to on the way home from duals & tournaments.  They had nicknames for all of the conference rivals & they’d often play cribbage on the longer bus rides.   As to the wrestlers, they were always very respectful.  Wrestlers are usually good groups of kids.  I took a lot of pride getting them to & from competitions safely.  Sometimes the Iowa weather can be bad. I’ve driven them through more than one snow storm.  Always got them back safe.  That was important to me.

Any fun memories you have of watching the matches?

Sigourney made the Regional Duals & placed at team state a few years back.  The Dual was held at Sigourney & it was an awesome experience. An electrical atmosphere.  It was also always fun whenever one of our kids would pull off an upset or to watch it when there were two ranks kids going at it.

I pay attention to the high school rankings. I enjoy good wrestling no matter who it is but always cheer for the Sigourney kids. I enjoy high school wrestling more because it seems the kids aren’t afraid to take risks and try things.  I like college wrestling too but there’s not as many moves & a lot more hand fighting.  I don’t find it as exciting.  I follow the Iowa Hawkeyes & watch their matches on TV whenever IPTV or BIG 10 plays them.  I go to Carver Hawkeye every once in a while.   My son Trevor married former Iowa wrestler Phil Laux’s twin sister.  So I was a big fan of his.  He’s going out to Cornell, so I guess I gotta also be a Big Red fan now too.

What do you think the sport of wrestling teaches someone who participates in it?

Most of all I think it teaches you mental discipline.  It also teaches you teamwork, how to work hard, train your body and weight control.  I see so many of these smaller schools have difficulty filling lineups.  I wish kids would be able to see how much wrestling would benefit them in their life.  I think if they knew a lot more kids would do it. It’s a great sport

When You’re not hauling the wrestlers around, what do you do these days now that you’re retired?

I spend time with my wife & my grandkids.  I also own a motorcycle and enjoy going on trips. I’ve been to Wyoming to see Yosemite and I’ve been to Sturgis about twenty times.

I feel very lucky that I got to be the one that drove the wrestling team around.  It’s been a very rewarding experience that I’ve enjoyed a lot.  It’s never been a job to me. I’ve enjoyed every second of it.
I also want to say that I thought about wrestling in college, but I didn’t because I didn’t figure I was good enough.  So I went to A.I.B for a year instead.  If I had it to do all over again, I would’ve picked a junior college with a wrestling team & I’ve had done it.  I loved wrestling & it’d been nice to have done it for a few more years.  If you want to wrestle in college, wrestle.  Don’t worry about if you’re not good enough.

I’m also excited about Indian Hills fielding a wrestling team next season. Kids in this area need a good junior college program they can wrestle at close to home. A lot of the kids around here from Sigourney, Tri-County, Pekin, English Valleys, ect are farm kids.  Indian Hills has an excellent agricultural program that these kids can study.  It’s awesome to know that they can now wrestle too.  Hope they take advantage of it.

Next post: Inside the Rivalry Chapter 7, Part 6: What Have Sundell, Galanakis and Helgeson Been Up to Since and Where Are They Now?